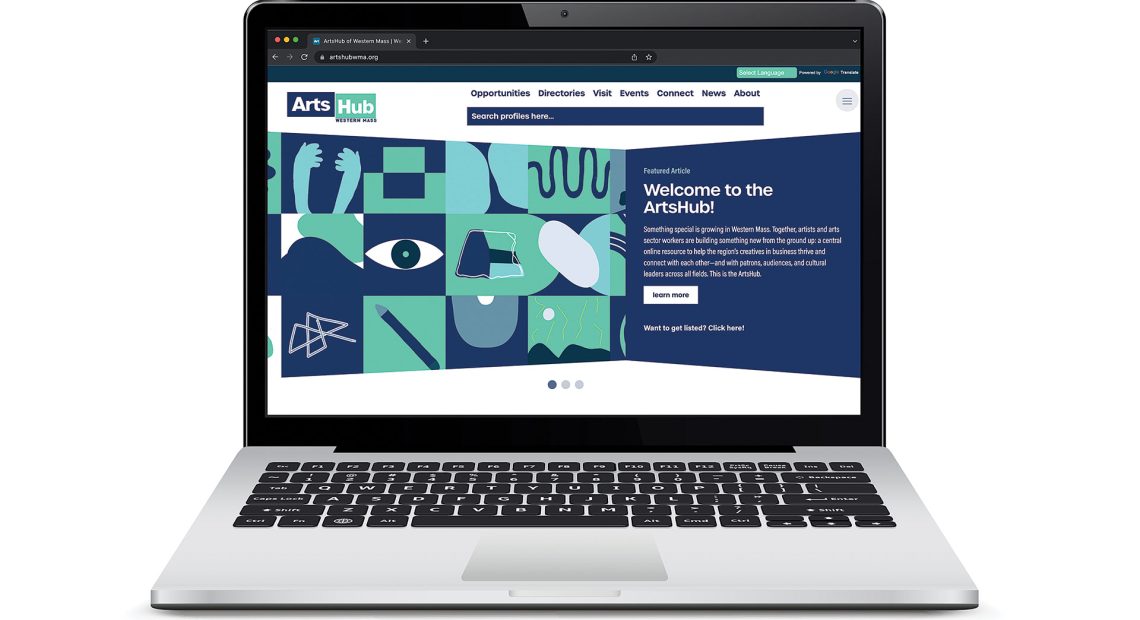 The Art of Connection 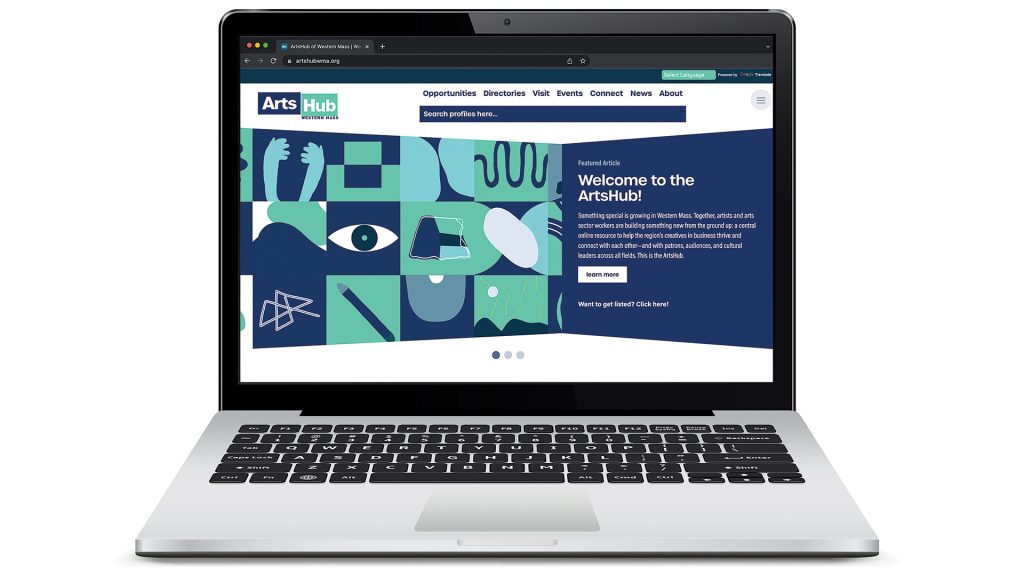 ArtsHub of Western Mass is a website, but for the region’s artist community, Lisa Davol and Dee Boyle-Clapp say, it’s so much more.

“Like the steampunk aesthetic, Bruce Rosenbaum thrives on paradox. His artwork is a blend of gilded era opulence, modern functionality, and futuristic aspiration,” author Daniel Hales recently wrote about the Palmer-based artist who specializes in creating steampunk-inspired objects. “Similarly, Bruce himself is simultaneously an unapologetic dreamer — an artist building fanciful castles in the clouds out of very heavy materials — and also a very pragmatic and successful businessman.”

That article, one of many on the ArtsHub of Western Mass website, perfectly encapsulates the dual worlds of art and commerce that so many creatives must inhabit. They may create in isolation, but rely on connection — of many different kinds — to bring their work into the light and make a living.

The ArtsHub, a free, centralized online portal that seeks to forge those connections, could be a game changer in that regard, said its founders, Dee Boyle-Clapp, director of the UMass Arts Extension Service, and Lisa Davol, Marketing manager for the Franklin County Chamber of Commerce. 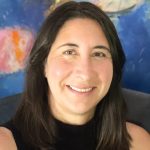 “We’ve all been trying find a way to get artists together because artists are kind of working in their own silos, and they really needed a place to gather to see who’s doing what and to find access to resources, technical assistance, funding, and collaborators.”

Rosenbaum, Boyle-Clapp said, is “a person who’s an artist, but he’s always looking for other artists to hire because he needs people who have specific skills based on whatever art project he’s currently working on. And he needed a place to find other artists. So the ArtsHub is a spot for him to quickly find people who are in the region he can reach out to and hire. That’s one of the roles the ArtsHub is going to play.”

One of many, in fact.

“It’s a concept we’ve been talking about, and that the arts community has been talking about, for years,” Davol said. “We’ve all been trying find a way to get artists together because artists are kind of working in their own silos, and they really needed a place to gather to see who’s doing what and to find access to resources, technical assistance, funding, and collaborators. There’s such a huge arts economy in this area, but there’s a need for connection around that.”

The pair worked on creating an arts database in Franklin County, and similar efforts have been attempted in other areas of Western Mass. But the vision for ArtsHub, which caters to artists — visual, performing, written-word, you name it — across Hampden, Hampshire, Franklin, and Berkshire counties, started coalescing in earnest after the Western Massachusetts Economic Development Council convened a creative-economy network.

“It was really the first time everyone in the whole region was able to come around the table together and say, ‘hey, this is what’s going on in my region; what’s going on in your region?’” Davol recalled. “And all of the needs are the same, basically.”

Next came a planning grant from the Community Foundation of Western Massachusetts, followed by a much larger $186,000 grant from the Massachusetts Office of Business Development. After much planning and a virtual summit that drew artists around the theme of “How to Recover and Thrive” after the pandemic, the website was launched in January.

“Now we have a place to find resources,” Davol said. “This is sort of like a chamber of commerce for artists. It’s the same concept. They’re all small businesses, and they really need support and connection.”

As the website explains, “we want to collaborate across diverse sectors of the creative communities in Western Mass. and help one another locate opportunities for funding, studio and rehearsal space, collaborations, commissions, training, careers, storytelling, promotion, and more. A good hub makes space for all local creatives, from studio and performing artists to architects and spacemakers, graphic and web designers, photographers and videographers, singers and musicians, arts managers and administrators, employers and funders, tourists and visitors, audiences and customers.”

Boyle-Clapp noted that “we needed a website, a home base, a place to have an artists’ directory, a place where artists can find access to resources and studio spaces and answer the question, ‘how do I hire somebody?’ Those are all really important.” 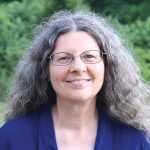 “It’s a one-stop place for artists to find out what’s going on, what’s available, what can I learn, and what can I access that will help me with my career?”

Artists create a profile on the site and are able to interact with hundreds of other artists on matters like locating talent, professional development, public art opportunities, grants — the sky’s the limit, really. “It’s a one-stop place for artists to find out what’s going on, what’s available, what can I learn, and what can I access that will help me with my career?”

One reason ArtsHub has succeeded so far where other efforts have fizzled out is that its founders thought more strategically about how to partner with different entities to make it sustainable.

“A big part of it is the artists’ database. They’re so expensive to create and so hard to maintain,” Davol said. So ArtsHub has partnered with the New England Foundation for the Arts on that aspect, which broadens the range of exposure for participants.

Meanwhile, ArtsHub has enlisted a number of community liaisons to reach out to artists in specific communities — not just geographic, as in individual cities and towns, but into the Native American, Hispanic, African-American, and other demographic communities in the local creative ecosystem, to get them involved and develop a richer and more robust membership.

“The liaisons are working to help us understand what the needs are of those artists who represent those communities and help them tap the resources of the ArtsHub,” Boyle-Clapp said. “We think of the ArtsHub as a platform, and now we’re inviting other people to participate. Do you have a studio for rent? Are you looking for an actor or artist? Do you have a grant available? This is where to post it.

“It opens up opportunities for everyone, so it’s not an exclusive group, which is why the community liaisons are so important,” she went on. “They’re helping to open this up to the wider community of who’s working here.”

This effort comes at a time when the arts community is recovering from unprecedented challenge, particularly for those who depend on public gatherings, which were shut down for long stretches during the pandemic. The $186,000 grant, in fact, specifically targeted COVID-recovery efforts.

“The arts were hit so hard. Arts organizations were slammed. It’s one thing to be closed down, but another thing to have absolutely no access to venues and no place to be found.”

“How can we help this sector revive?” Boyle-Clapp said. “The arts were hit so hard. Arts organizations were slammed. It’s one thing to be closed down, but another thing to have absolutely no access to venues and no place to be found. One in six jobs in the Valley is tied to the creative economy, so it’s critical that this sector be supported and have access to resources. We are here to help facilitate that as much as possible.”

Most of the initial effort was building the site, Davol said, and now the engagement piece is in full swing, getting artists to sign up. And it’s been successful, with about 2,500 Western Mass. artists on ArtsHub now, many busy connecting over shared resources and opportunities, while posting events to a calendar page.

“I think at the one-year mark, we’ll be able to see what the impact has been,” she added. “There’s a lot of engagement on Facebook, a lot of people signing up. And the more people we can get, the better a resource this is for the creative community, and the more job postings there will be. It looks really great now, but it could be so much bigger.”

ArtsHub has also been engaging writers to share stories on the site, from the Rosenbaum profile to a recent discussion about non-fungible tokens, or NFTs. “We have writers doing stories about individual artists and concepts,” Boyle-Clapp said. “These are topics of interest to folks in the arts.”

A Lunch and Learn workshop series will likely follow, with artists given the chance to speak for 15 to 30 minutes about their work, she added. “I’m going to kick off the first one by talking about internships.”

Davol noted that the virtual creative-economy summit in January featured workshops on everything from how to get leads and market one’s work to how to get into galleries. “The Lunch and Learn may be a way to continue that. We’ll see what happens the first year and what needs are brought to the surface. What have we learned from this, what has been brought to our attention, and where can we go? We’re very open to possibilities.”

Not only is ArtsHub connecting artists with resources and encouraging the community to hire locally, Boyle-Clapp said the general public might find the site useful as well, whether they’re looking for a musician for a bar mitzvah or planning on visiting the region and seeking cultural activities to fill their itinerary.

“People have wanted this for a really long time. It’s a dream come true,” she told BusinessWest. “We’re really excited that it’s here, and now we’re just trying to get more people to know about us, to understand it, to access its potential. It’s a site that should be utilized as much as possible.”

Joseph Bednar can be reached a [email protected] 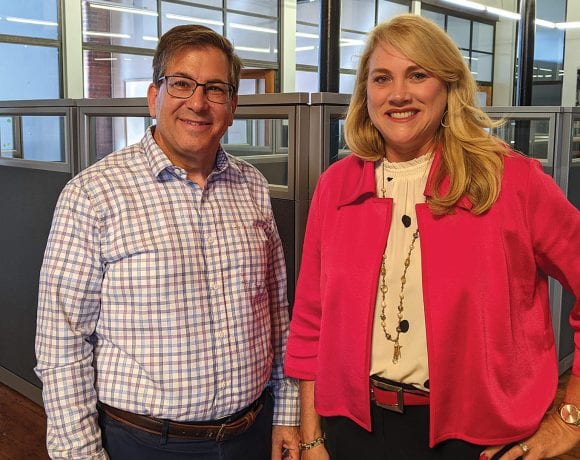 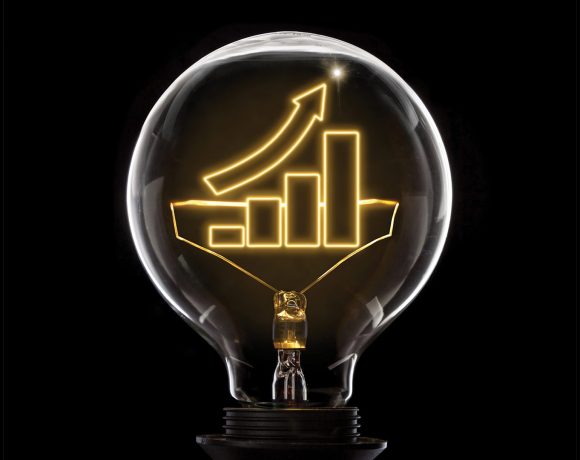 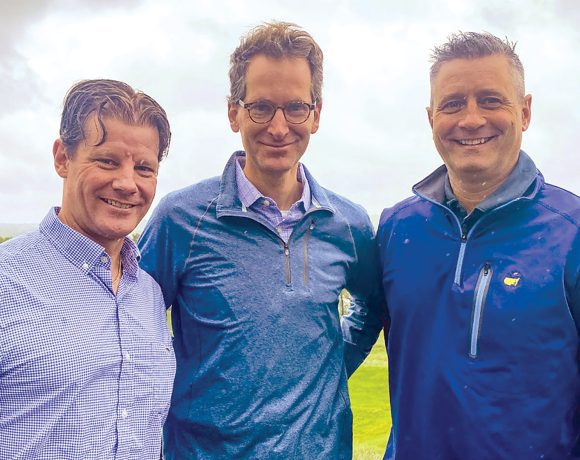