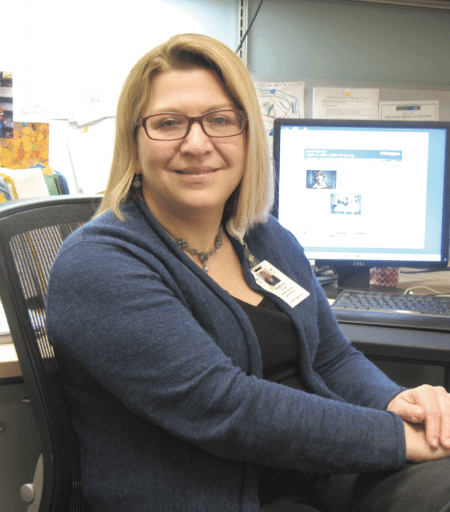 Dr. Rebecca Starr says the role of geriatricians and others who treat the elderly will become even more important as the over-65 population dramatically expands in the coming years.

“People talk about aging of America, but it sure beats the alternative, which is not aging,” said Judd, vice president of Talent Acquisition and Workforce Planning for Baystate Health.

That said, the aging trend is no laughing matter for the healthcare industry, which faces a number of challenges directly related to the fact that Americans are living longer, often with multiple and chronic health conditions, than ever before, and the massive Baby Boom generation — all 75 million of them — will continue to swell the ranks of the over-65 crowd.

“In 2012, there were 40 million people over the age of 65. By 2040, it’s expected to double to 80 million. Really, that’s tremendous growth,” said Dr. Rebecca Starr, a geriatrician with Baystate Medical Center.

The cause isn’t solely generational; the fact is that modern medicine keeps sick people alive much longer than in decades past.

“We’re doing a great job treating heart disease, diabetes, COPD [chronic obstructive pulmonary disease],” she continued, “and as a result, people are getting through these very significant things that they didn’t used to survive, and people are growing older. And because they’re living longer, that means we’re seeing more dementia as well.”

All of that comes with a cost. In 2010, senior citizens accounted for 13% of the population but 34% of the heathcare costs, according to the Centers for Medicare & Medicaid Services. But national health expenditures are projected to grow at an average rate of 5.7% through 2023, and older Americans will drive the largest percentage of that cost.

At the same time, the role of geriatricians is expected to become more prominent, Starr said.

“We have extra training, we’re fellowship-trained, and we specialize in taking care of people over 65,” she explained. “Our goal is keeping people living independendly as long as possible, and healthy as well. We look at the whole person. We take a look at all their diseases and all their medications, and we make sure their medications are appropriate for them and don’t cause adverse side effects and also that we’re not treating the side effects of their other medications, what we call a prescribing cascade.”

In fact, many health fields may face shortages in the coming decade, because at the same time an older population is placing more demand on the industry — for both acute care and myriad services aimed at seniors’ health maintenance and quality of life — Boomers are aging out of the healthcare workforce as well, posing what could be a difficult recruiting landscape for health organizations large and small.

It’s an issue Judd is deeply involved with, but Baystate isn’t waiting around for that coming wave of retirements.

“If there were a silver bullet, everyone would be doing it. It would be an easy fix, and it’s certainly not,” he told BusinessWest. “With the aging of the workforce, the approach we’ve taken is to truly understand where our aging is. So we’ve done a lot of workforce planning, to try to understand where we’ve got issues and what we need to do to fill these pipelines, if you will, well in advance of it becoming a problem.”

So Baystate has launched a number of workforce-development programs with area schools and colleges, and partnered with other health systems through the Regional Employment Board of Hampden County on worker-training initiatives.

“Instead of trying to steal from each other, we’re trying to take a look at the healthcare needs of the whole Pioneer Valley and say, ‘here’s what we all need; let’s create pipelines to fill all of our needs,’ instead of Baystate doing the training and everyone tries to steal them from us.

“We have to look at it from a community perspective,” Judd added. “You see we have all these healthcare offerings in the community, and they’re all important. From a community perspective, we’ve been somewhat successful at building some healthcare pipelines, working with places like HCC and STCC, developing programs and creating oppportunties for jobs. Some of the demand to do with aging, some with changing regulations with healthcare. We’re trying to get ahead of it, create these pipelines before it gets to where there’s an issue.”

Internally, Baystate has identified a number of areas where an aging workforce and other factors could come into play — operating-room nurses, for example.

“They can be a little difficult [to recruit], because a lot of nursing schools don’t have a rotation through the operating room anymore, as they did in past years,” Judd said. “Getting young nurses interested in going into the OR can be a bit of a challenge. So we created an internship, a nine-month orientation, for any registered nurses interested in going into the OR. That’s an issue I anticipate will become more acute over the next 10 years.”

Shortages are expected to be especially high in primary care, an issue that’s already rearing its head. In its most recent Physician Workforce Study, the Mass. Medical Society listed family medicine and internal medicine atop its list of specialties facing shortages already, and new recruits into primary care aren’t expected to match the anticipated retirements of older doctors.

That’s one reason why keeping older people healthy has taken on a new importance in America — a reality that has seen the emergence of a number of programs to help families do just that.

Take, for example, Mercy Life, a PACE (Program of All-inclusive Care for the Elderly) program run by the Sisters of Providence Health System. Medicaid oversees PACE programs, which are on the rise in the U.S. because the role they play — providing a range of adult-day health programs aimed at keeping seniors out of nursing homes — is becoming more prominent.

Since Mercy Life opened its doors a year ago on the former Brightside for Children and Families campus in Holyoke, it has expanded its census to 82 seniors who come for primary care; physical, occupational, and speech therapy; and the services of a social worker, dietitian, nurse, and other care providers as needed.

“From anecdotal comments from people, the sense is that, in a really short period of time, people who come to the PACE program are experiencing an awakening of sorts,” said Chris McLaughlin, chief operating officer of the Mercy Continuing Care Network, which encompasses a number of independent-living, assisted-living, and skilled-nursing facilities, as well as home-care, hospice, and adult day programs.

He told of one man, about 60, who had been living with his father and never ventured out of his room. “He was kind of a curmudgeon. His brother-in-law said he reawakened when he came to the program. He didn’t think he’d like it — he wasn’t a social person — but he made friends, he’s smiling, he’s happy. His brother-in-law told me, ‘we’re seeing the old Bob we used to know come out.’”

Another woman whose husband was participating at Mercy Life told McLaughlin, “‘you’ve improved the quality of my husband’s life. He walks better, he’s not afraid he’s going to fall, and he’s regaining limited use of his hands via therapy and other work done with him.’

“People love the fact that their loved one can continue to live at home,” he continued. “We run some great nursing homes, but we never have anyone walk through the door and say, ‘geez, this is wonderful. I’ve always wanted to come here.’ They want to stay with their loved ones, in their own environment. And this has improved people’s vitality so they can continue living where they’re most comfortable.”

In a way, McLaughlin said, PACE programs are a form of accountable care, the model becoming more common at hospitals nationwide, which involve teams of providers being paid by insurers to keep patients well over a period of time, rather than being paid for each treatment, test, and hospital stay. It’s a model that becomes more challenging when dealing with an older population grappling with chronic conditions.

“As hospital stays decline, more care is being provided in people’s homes, where most of us prefer to receive care,” he told BusinessWest. “In a PACE program, we’re at risk for outcomes and at risk for managing seniors’ health within their means. The goal is to manage someone’s care and get them to a better state in terms of wellness and overall health.”

When she considers the aging of America, Starr recognizes a range of needs — specifically, growing demand for home care, residential care, adult day health, and various other services along the continuum for senior citizens. Part of her role is coordinating patient transitions into these various programs.

“That’s the goal, but it’s very difficult to put into place,” she said. “We have these multiple transitions of care; we have people transferred from one hospital to another for more acute care, they can go to rehab, perhaps home — that’s three or four transitions where you can have errors in medication, can lose track of follow-up … it can be a real problem.”

The key is communication between the different providers, especially at a time when the accountable-care model of healthcare is forcing hospitals to emphasize population health and reduce readmission rates — a task that becomes more challenging as the aging trend in America means more people living with chronic conditions.

“I think it obviously starts at home, and making sure that primary-care physicians have some geriatric training,” Starr said. “Then hospitals have to make sure the care of older adults meets the standard of geriatric care.

“Our goal is to keep people healthy by preventing and managing disease and helping people maintain function, the things they should be able to do — get out of bed, shower, get dressed, toilet themselves — because if that’s not maintained, that means extra care, that can mean nursing home as well.”

To better meet those goals, she explained, “one of the things we’re starting now is an acute-care floor dedicated to providing care for older adults, with the goal of maintaining function, preventing delirium, and having get them back home so they don’t need short-term rehab or, even worse, long-term care.”

It’s a model that might become more common over the next decade, she added. “It’s not as common as I think it should be, but where it’s been taken up, it’s shown things like reduced readmission rates, reduced length of stay, and reduced delirium. Getting people back home is really important.”

To do that effectively, Judd understands that hospitals and other providers need to be well-staffed, so he continues to cultivate programs to ensure a healthy future for Boomers in Western Mass.

“We’re taking a planning approach to it, getting in front of it, working with the local community colleges to build programs, and creating pipelines of people in the future,” he told BusinessWest. “I think, for communities like us, this will continue to be an issue.”

A Time to Be Proactive 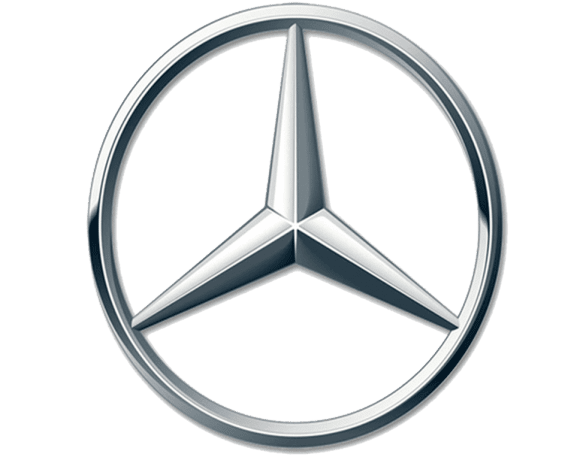