Anew poll of Massachusetts voters conducted by Suffolk University, the Boston Globe, NBC10 Boston, and Telemundo found that 58% of respondents support ballot Question 1, compared to 37% in opposition. Question 1, on the Massachusetts ballot on Nov. 8, would create a 4% tax on the portion of a person’s annual income above $1 million and require that the funds be spent only on transportation and public education.

“Tens of thousands of educators, workers, small-business owners, parents, faith leaders, municipal officials, drivers and transit riders, and more than 500 organizations across the state are all working together to pass Question 1 in November,” said Lillian Lanier, field director for Fair Share for Massachusetts, the leading advocacy group working to pass the ballot initiative. “We’re supporting Question 1 because we know it will help improve our schools and transportation infrastructure, and only the very rich will pay more. A few billionaires are trying to mislead voters about what Question 1 does, but our grassroots supporters are having thousands of conversations every day to combat their misinformation.”

That survey result may be concerning to the Coalition to Stop the Tax Hike Amendment, the leading collection of organizations opposed to the initiative, claiming to represent more than 25,000 small businesses, in addition to thousands of homeowners, retirees, farmers, and large employers.

“If passed, Question 1 would be one of the highest tax hikes in Massachusetts history, immediately and permanently implementing an 80% tax increase and threatening small businesses across the state,” the coalition argues. “Question 1 captures tens of thousands of small-business owners who do not make more than $1 million per year and are working hard to rebuild after the negative impacts of the pandemic. At a time when we should be helping our small businesses recover, small-business owners will instead be left reeling from a new, unprecedented financial hit.”

As written, the proposed amendment to Article 44 of the Massachusetts Constitution states that, “to provide the resources for quality public education and affordable public colleges and universities, and for the repair and maintenance of roads, bridges, and public transportation, all revenues received in accordance with this paragraph shall be expended, subject to appropriation, only for these purposes.

“In addition to the taxes on income otherwise authorized under this article, there shall be an additional tax of 4% on that portion of annual taxable income in excess of $1 million reported on any return related to those taxes.

“To ensure that this additional tax continues to apply only to the Commonwealth’s highest-income taxpayers, this $1 million income level shall be adjusted annually to reflect any increases in the cost of living by the same method used for federal income tax brackets. This paragraph shall apply to all tax years beginning on or after January 1, 2023.”

“Our organization represents 4,000 small businesses across the state, with a vast majority of these businesses set up as pass-through entities,” said Jon Hurst, president of the Retailers Assoc. of Massachusetts. “Many of these organizations could see their taxes nearly double under Question 1. This constitutional amendment will devastate our local economy and threaten small businesses statewide.”

The coalition also argues that Question 1 robs the nest eggs of small-business owners who are relying on the sale of their business to fund their retirement. Unlike federal taxes on personal income, this measure treats one-time gains — such as those from selling a business, home, or farm — as regular income, pushing many retirees into the new, higher tax bracket, and nearly doubling their taxes.

But Question 1 does have supporters, as the Yes on Question 1 campaign has been endorsed by 87 labor unions; 72 community organizing groups; 18 faith-based groups; more than 75 businesses; 64 city councils, select boards, and school committees; 89 local Democratic town and ward committees; and 115 other social-service and not-for-profit organizations focused on housing, education, transportation, public health, and the environment.

Supporters call the amendment an opportunity for Massachusetts to improve schools and colleges, fix roads and bridges, create jobs, and boost the economy, all without 99% of taxpayers paying a single cent more.

As a tax on personal income over $1 million, Fair Share for Massachusetts argues, business taxes would not be affected, and Question 1 doesn’t apply to any business revenues. It notes that fewer than 3% of businesses owners in Massachusetts have taxable personal income over $1 million that would be subject to Question 1, and many of them are primarily investors or shareholders, not people running a business day-to-day.

“If a business is generating more than a million dollars in personal profit for the owner, even after they deduct all their business expenses, let’s be real: it’s not a small business, and that super-rich business owner can afford to pay their fair share in taxes,” said Gerly Adrien, business director of Fair Share for Massachusetts and owner of Tipping Cow Ice Cream in Somerville and Boston. 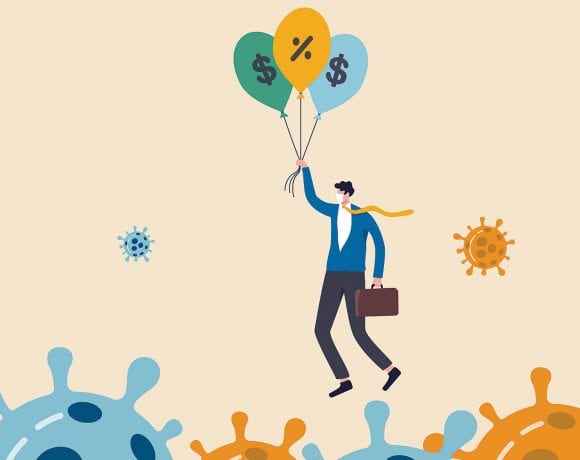