United Way of Pioneer Valley to Distribute $258,500 in Emergency Food and Shelter Funds

Wistariahurst to Present ‘Black Citizenship in the Age of Jim Crow’ 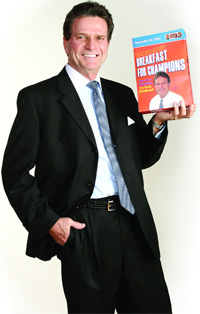 Executive Director of the Regional Employment Board of Hampden County 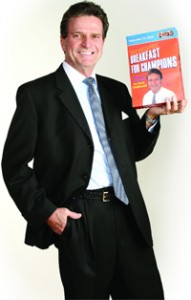 Woody Allen once joked, Im not afraid to die  I just dont want to be there when it happens.

The quote has been borrowed and bastardized in countless ways over the years, mostly by people addressing the subjects of death and dying.

Bill Ward, executive director of the Regional Employment Board of Hampden County, has put it to a different use.

He summons it when he talks with people about confronting business and societal matters that maybe they dont want to confront, but must. It takes a definite lack of fear  and generous amounts of determination  to prevail in such situations, he said.

And those are the qualities that have guided Ward through a career in which he has been motivated largely by two other quotes, these from his mother  well, sort of.

She was always saying that theres no justice in this world, said Ward, who told BusinessWest that this annoyed him because he was an idealist. She always said that justice isnt something thats there, that you participate in  its something that you have to build.

Indeed, Ward has spent the bulk of his professional life engaged  specifically, he has helped create and carry out solutions  and also working to create some justice, or access, in the form of employment opportunities, especially for groups that have historically encountered hurdles and roadblocks in their attempts to secure meaningful employment. Those constituencies include the minority populations, those lacking basic skills, and the traditionally underemployed.

There are a lot of places where we have to create justice, he said, and I found mine in jobs.

As one example, he cited the Minority Employment Program, created in the mid-80s. That was the first big initiative we took, raising money from banks, foundations, and other sources; we placed 480 minorities into jobs.

This was followed some years later by a private-sector summer-jobs program that created opportunities for hundreds of young people across the region. Other success stories have included recent efforts to put more qualified machinists in the pipeline, and a merger of the REB and the Hampden County Employment and Training Consortium, which has streamlined workforce initiatives and saved more than $400,000 in administrative costs.

Not everything has gone smoothly, and some programs havent worked as well as their architects might have hoped, but that merely brings to mind another Woody Allen quote: If youre not failing now and again, its a sign youre not doing anything innovative.

There has been plenty of innovation in Wards work, especially with regard to the one-stop career centers FutureWorks and CareerPoint, established in 1996 and soon thereafter winning awards and attracting visitors from across the country trying to duplicate their success and uniqueness; they were the first competitively bid one-stops in the nation.

Over the first four years, people from more than 30 states came to see the design of these one-stops, he said. Why? Take the system that existed in the typical unemployment office  it was dysfunctional and not business-friendly; our centers are private, not-profit operations that were designed to replace the government entity. Today, these two centers are still outpacing all other centers across the state in terms of service, etc., and its not by accident.

The latest example of innovation and solution-finding is a broad effort called Building a Better Workforce  Closing the Skills Gap on the Road to Economic Resurgence. The REB is a lead player in the initiative, along with the George and Irene Davis Foundation; groups like the National Tooling and Machining Assoc.; institutions such as Square One, the Mass. Career Development Institute, and area community colleges; and a host of employers, including Baystate Health and Mercy Medical Center.

The first steps in the program were announced last year, and they were crafted to achieve some momentum with regard to the workforce plans four main strategic goals: establishing universal kindergarten, improving young education proficiency and career awareness, increasing adult literacy education services, and increasing technical training in high-growth/high-demand industry sectors.

As he talked about the REBs work and its successes, Ward never used the word I, always opting instead for we, because he noted that the progress made isnt the result of one person or one organization.

Its taken teamwork to achieve all that weve done over the years, he said, adding that hes been blessed to be able to work with talented individuals  from grant writers to program administrators; from elected leaders to business executives who have not only served on his board but mentored him along the way. Ive been very fortunate to have great people to work with on these programs, all of which have been models that have implemented the concept of access and creating that sense of justice that would give a chance to people who might otherwise not have that chance.

In summary, Ward has never been afraid of trying to bring a little justice to the world, and hes always been there to make sure it happens.

Which means hes made a mockery of still another of Woody Allens quips: 70% of success in life is just showing up.

Ward has never just shown up. And for that, his mother would be proud.

Difference Makers: Celebrating the Class of 2015 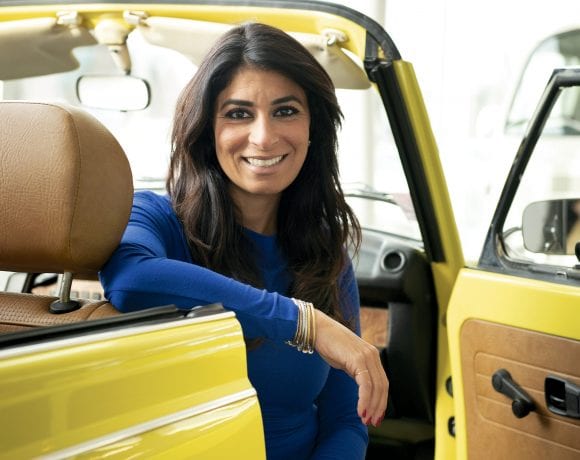