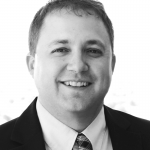 Earlier this month, the Commonwealth’s House of Representatives began considering H.4323, titled “An Act Relative to the Judicial Enforcement of Non-competition Agreements,” the content of which reflects a compromise between parties advocating for and against the existence of such agreements.

The bill does not bar non-competition agreements, but places certain limitations on them. H.4323 provides that these agreements should be in writing and, regardless of whether the agreement commences before employment or during, that it inform the employee that he or she has 10 days to seek counsel. It limits such agreements to protecting trade secrets, confidential information, and goodwill.

H.4323 also addresses employers’ concerns about protecting their business information by adopting the Uniform Trade Secret Act (UTSA). The adoption of the UTSA brings Massachusetts in line with 47 other states, and by agreeing to adopt the act, legislators appear to be acknowledging that much of the concern about employee movement is inextricably linked to an employer’s interest in protecting its business information from competitors.

As of this writing, the House has not yet debated H.4323, and some of its provisions will be the focus of intense debate. First on this list is the garden-leave provision, which was first introduced to the conversation when House Speaker Robert DeLeo signaled his support in March 2016 for passing legislation restricting non-competition agreements. While DeLeo included it when describing the potential legislation, the exact terms of the provision were not known until recently.

Until recently, employees earning less than $23,660 could not be considered exempt from the minimum wage and overtime provisions of the FLSA. Recently, however, the federal government revised the regulations under the FLSA and doubled the salary amount to $47,476.  This means employees earning less than that amount cannot be considered exempt from the minimum-wage and overtime provisions of the FLSA. These regulations were also revised to automatically increase this threshold every three years. These changes under the FLSA will likely require that the House debate whether to continue to tie the prohibition on noncompetition agreements to the FLSA, to identify an independent threshold, or to exclude certain jobs.

Critics of H.4323 will also likely ask the House to revise the provision that requires courts to invalidate a non-competition agreement where the agreement includes, but does not strictly conform with, the law. This is a clear change from current precedent that could result in employers having no protections because of a non-material, technical error in the written agreement.

When DeLeo signaled his support for passing legislation that would restrict non-competition agreements in Massachusetts earlier this year, employers and employees alike were put on notice that the end of a years-long debate was imminent. H.4323 takes a broad approach to addressing employers’ concerns about protecting their business information by adopting the UTSA and by retaining what many employers consider to be an effective way to prevent an employee from taking a business’ trade secrets or goodwill. The bill also appears to address what employee advocates and entrepreneurs see as abuses of the system.

While there is still much debate to be had on the more controversial aspects of the bill, the support of Speaker DeLeo shows a desire by at least the House to get these protections on the books sooner rather than later.