When schools closed across Massachusetts due to coronavirus, it revealed a digital-learning divide between low-income students and their higher-income peers. The gap is driven in large part by a lack of internet access and proper devices.

“There was an expectation that, with the schools closed, kids would resume their classwork online, but that can only happen if they have the proper technology and internet service,” said Eileen Cavanaugh, president and CEO of the Boys & Girls Club of Greater Holyoke (HBGC).

Cavanaugh applied for and received a grant for $35,000 from the Waldron Charitable Fund to provide Chrome tablets and internet access to nearly 100 families in Holyoke.

Working with Holyoke Public Schools to identify the families with the greatest need for technology access, club staff began reaching out to those households. 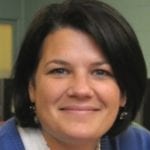 “There was an expectation that, with the schools closed, kids would resume their classwork online, but that can only happen if they have the proper technology and internet service.”

What they found was that many depended on their phones as their only technology and did not own a laptop or tablet computer. Cavanaugh pointed out that phones are not very effective when used for online learning platforms. Even families that owned a tablet or laptop usually had to share it among as many as four school-age children.

“Four kids from one family can’t access the online platforms at the same time using one device, so we were able to supplement those families with additional equipment,” she noted.

Access to reliable internet service is just as important as having the proper device. The HBGC is working with Mobile Citizen to provide secure, high-speed access to internet hotspots in Holyoke for one year.

“Even if students return to the classroom in the coming months, these kids are trying to catch up, so by extending the internet access for a full year, they can take advantage of online educational opportunities,” Cavanaugh said.

A recent study reinforces this point. Curriculum Associates of North Billerica makes distance-learning software for school systems in all 50 states. When schools closed in Massachusetts, they researched the usage patterns of iReady, the company’s digital-learning tool, which was originally designed for the classroom but is now used a great deal in distance learning.

They found that, when learning first moved from the classroom to the home, use of the program dropped significantly in the first week as fewer than half the students who used the software in the classroom used it at home. After five weeks, once students and teachers were able to settle into new routines, the usage rates increased to 81%.

A closer look at the data revealed a digital divide in which students who live in low-income zip codes had a larger initial decrease in using the digital-learning tool followed by a lower recovery percentage five weeks later than students in higher-income zip codes.

On the other hand, once low-income students could access it, they spent more time with the online-learning program than their higher-income peers.

Cavanaugh pointed out that the HBGC effort supplements the nearly 1,000 tablets and access to Comcast internet hotspots that the Holyoke Public Schools provided to families. She credits Superintendent Stephen Zrike for anticipating that access to digital learning would be a struggle for many families in the city.

In addition to providing devices and hotspots, Cavanaugh said HBGC is also offering technical assistance. “In our conversations with parents, we learned some are not tech-savvy and may need some support, so we’ve made our technology director available for any kind of technical assistance they might need.”

The grant HBGC received was part of a $1 million series of ‘rapid-response grants’ from the Waldron Charitable Fund to assist children affected by school closings due to the COVID-19 crisis. The fund is co-managed by Rob Waldron, CEO of Curriculum Associates, and his wife, Jennifer Waldron, and administered by the Boston Foundation, an organization that does not usually fund efforts in Western Mass.

“This is the first time we’ve been eligible for this type of funding,” Cavanaugh said. “We are grateful for the fast turnaround of our request and the recognition that the need is across the state.”

To date, HBGC staff have distributed nearly 75 tablets. Despite the challenges of social distancing, Cavanaugh said they are able to provide families with tablets and instructions for the device, as well as how to access the internet and tech support. The response has been very positive.

“Our families have been incredibly appreciative,” she said. “They’ve told us about their past frustrations of trying to access the public-school platform by phone and how grateful they are now for our support.”

Lee Builds on Identity as Gateway to Berkshires