News of interest about the region’s business community October 6, 2015

SPRINGFIELD — MGM Springfield announced it has presented updated renderings and new details of its design to the city of Springfield. The new drawings are the result of a complete site-plan review driven by several factors, including a one-year opening-date extension, final directives on historic property use, construction market trends, and in-depth conversations with Mayor Domenic Sarno and city officials. In a letter to the mayor, MGM executives hailed the new design as a better approach to immediately activating the Main Street corridor and spurring new economic development, while reconfirming September 2018 as the completion date. “I believe this is one of the most exciting moments in the history of MGM Springfield,” said Michael Mathis, MGM Springfield president. “As we collaborate with the city on what is best from an economic-development perspective, the finer details are taking shape, and our programming is improving minute by minute.” This more integrated urban design features off-site residential space, which opens up room for a Main Street hotel that would encourage tourists and visitors to more readily engage Springfield’s downtown. Conversations are underway with property owners of nearby potential residential sites that would complement the resort-casino development. As the final design evolves, the project will feature a new five-story hotel atop a floor of retail, creating an improved scale on Main Street. The 250-room hotel would now become the eastern anchor at Howard Street of the 14.5-acre development. “This design brings to life our commitment to develop new residential activity in downtown Springfield,” Mathis noted. “Through our extensive and detailed review, we determined off-site residential would more quickly encourage ancillary development across the downtown. We are currently talking to potential partners in developing market-rate residential units.” Under the revised design, the historic columned façade at 73 State St., which had been the iconic focal point for the hotel tower, will remain as such for the updated structure, which will be home to what is tentatively being called the South End Market. With floor-to-ceiling windows, the market will be an inviting, trendy gathering space featuring local and national food and beverage vendors. “We have never lost sight of how important it is to integrate our development and its unique design needs with this historic New England downtown,” Mathis said. “We think the changes along Main Street and this new layout are more in line with a true downtown mixed-use development that will make MGM Springfield the premier urban resort in the industry.”

AGAWAM — The Employers Assoc. of the NorthEast announced its findings from the 2015 Insurance & Benefits Survey, conducted earlier this year, with 121 companies participating from Connecticut, Massachusetts, and Rhode Island. The survey posed more than 130 questions. It covered health insurance, including cost, coverage, eligibility, and employee cost sharing. It also addressed retirement plans, disability benefits, and voluntary benefits. The greatest change in the survey findings continues to be in health insurance. Employers will offer, or have introduced, methods to control costs, while attempting to comply with the Affordable Care Act. These methods include shifting deductible costs and co-share to employees by altering plan design. More specifically, the survey indicates the employers’ contribution towards an employee’s coverage option has decreased from 2013 levels. While monthly premiums illustrate minimal changes, the annual deductible per person and per family has increased. As a result, employers have reassessed their benefit packages, and long-term-care benefits are affected. “Everyone is looking at the bottom line, and controlling healthcare costs is often on the top of that list,” said Mark Adams, director of HR Solutions for EANE. “That said, employers want to remain attractive to new employees and preserve their benefit packages.”

SPRINGFIELD — The Advertising Club of Western Massachusetts announced five recipients of the Order of William Pynchon Awards for 2015 — the 100th anniversary of the awards, which were first presented in 1915. This year’s honorees include Gary Bernice, band director at Springfield High School of Science and Technology; entrepreneur and philanthropist Harold Grinspoon; Sue Ellen Panitch, who has volunteered with dozens of organizations; and Ronn and Donna Johnson, who founded the Brianna Fund for Children with Physical Disabilities. The Pynchon Awards honor members of the community who have distinguished themselves through their service. The Advertising Club will fete this year’s honorees on Nov. 19 at the Springfield Museums. Tickets cost $65, and more information is available at www.adclubwm.org.

BOSTON — The state’s Executive Office of Labor and Workforce Development was awarded a $2.9 million federal grant to expand apprenticeship opportunities in high-growth industries in Massachusetts. The American Apprenticeship Grant, awarded by the U.S. Department of Labor, will enable the state to help 300 residents gain apprenticeship training in industries with a growing demand for new employees, such as healthcare, technology, and advanced manufacturing. The funds will support the Massachusetts Apprenticeship Initiative (MAI) to increase the number of apprenticeship and pre-apprenticeship opportunities in those industries. There are more than 7,500 registered apprentices in the state in 2015. “As many employers in Massachusetts struggle to find the skilled labor to fill available jobs, this grant will enable training for individuals in high-demand industries and provide more job opportunities for the people of the Commonwealth,” Gov. Charlie Baker said. The U.S. Department of Labor awarded $175 million in American Apprenticeship Grants to 46 awardees across the nation to expand apprenticeships in high-growth industries. The Executive Office of Labor and Workforce Development will use the grant to build upon apprenticeship opportunities and address the skills gap for underserved residents. “Our team worked incredibly hard to be awarded one of these highly competitive grants,” said Labor and Workforce Development Secretary Ronald Walker, II, who chairs the Workforce Skills Cabinet. “These funds will help us in our mission to meet employers’ demands for highly skilled workers so they can continue to grow their businesses. Businesses cannot grow if they cannot find enough skilled workers.” Created by the governor through an executive order, the Workforce Skills Cabinet’s goal is to align education, economic- and workforce-development programs, and policies to increase opportunities for training and employment for residents while helping businesses meet their growth needs.

SPRINGFIELD — City Point Partners announced it has been selected by the Pioneer Valley Transit Authority (PVTA) to oversee the design and construction of the new Bus Operations and Maintenance Facility on Cottage Street in Springfield, replacing the existing, 100-year-old facility. The new, 280,000-square-foot, $70 million facility will be built on an 18-acre site and will provide bus maintenance and storage for the PVTA’s Springfield fixed-route operation. The facility will be able to accommodate approximately 150 fixed-route buses, including standard-size diesel buses and articulated buses. Included in this new facility will be management office space, fuel bays, wash bays, bus and van storage bays, garage and body-shop areas, parts storage, exercise rooms, locker rooms and showers, lounge, dispatch center, employee parking, and green spaces. A new cell tower will also be installed onsite to support the PVTA’s IT communications. The new facility will seek LEED certification under the U.S. Green Building Council’s green-building rating system. City Point Partners will provide owner’s project-management services advising with respect to the design, scope of work, cost estimating, construction manager-at-risk and subcontractor selection, schedule overview, and performance monitoring. With ridership expected to continue its steady increase and a number of high-profile development projects in the Springfield area scheduled to be completed within the next two to three years, the PVTA is planning for a greater expansion of service and consequently will require larger facilities to support this service expansion. “We are very excited to be working with City Point Partners on this critical project. A larger operations center is a vital part of supporting the expanded service that our ridership demands,” said Mary MacInnes, administrator of the Pioneer Valley Transit Authority. Added Colleen Moore, president and founder of City Point Partners, “this is a very exciting time for the PVTA. Both the public- and private-sector developments planned for the Springfield area will change the city of Springfield itself and the Pioneer Valley. We are confident that we will be able to help the PVTA meet the rising demand of their ridership, which will result from these developments and ultimately stimulate increased economic activity in the region. We are very happy to be working for the Pioneer Valley Transit Authority.” City Point Partners has a growing owner’s project-management practice with multiple projects across Massachusetts.

BOSTON — The state’s total unemployment rate remained at 4.7% in August, the Executive Office of Labor and Workforce Development announced. The new preliminary job estimates from the Bureau of Labor Statistics indicate Massachusetts gained 7,200 jobs in August, marking the 12th consecutive month of job gains. Year to date, Massachusetts has added 56,500 jobs. Preliminary August estimates show the number of employed residents declined by 20,600 and the number of unemployed residents decreased by 2,500, reducing the labor force by 23,100. Over the year, the state’s seasonally adjusted unemployment rate fell 0.9% from 5.6% in August 2014. The August state unemployment rate remains lower than the national rate of 5.1% reported by the Bureau of Labor Statistics. “Massachusetts continues to add jobs that strengthen our economy, and the unemployment rate is holding steady, lower than the national average,” Labor and Workforce Development Secretary Ronald Walker II said. 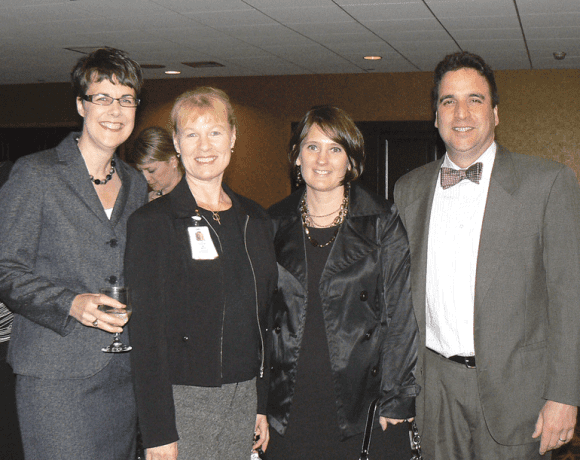 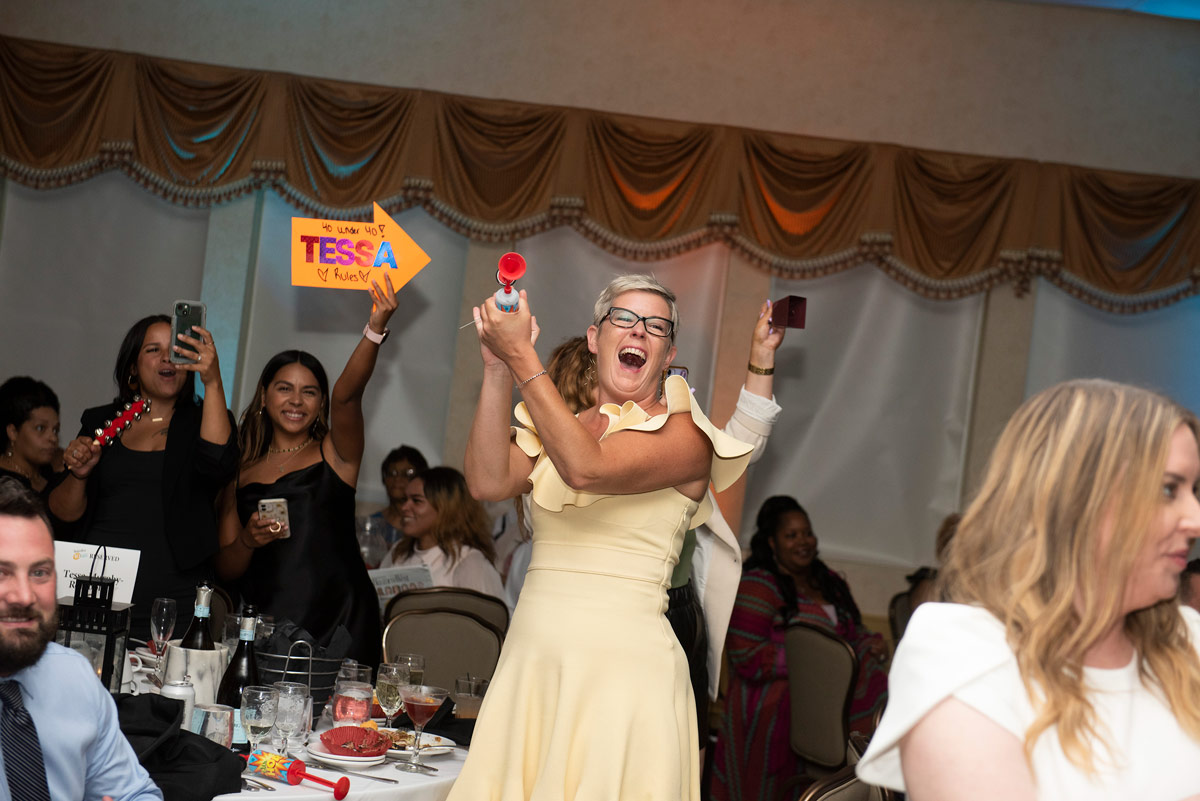 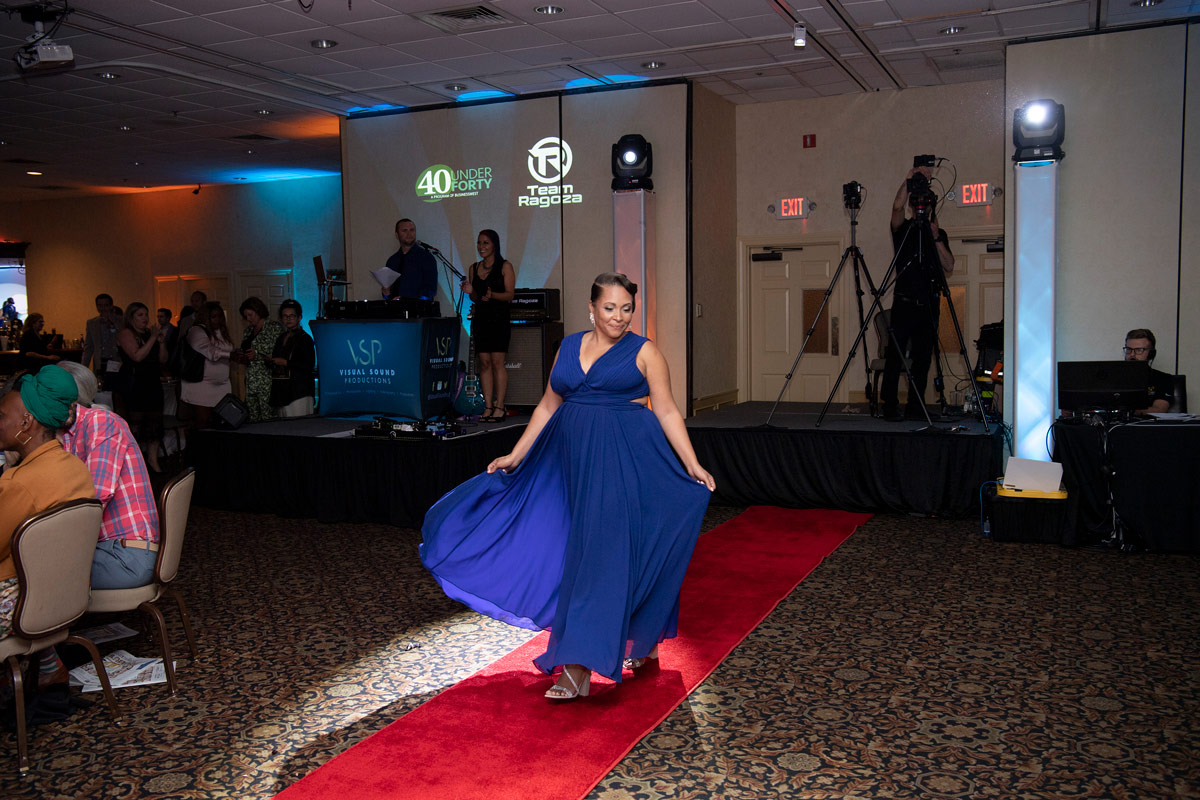