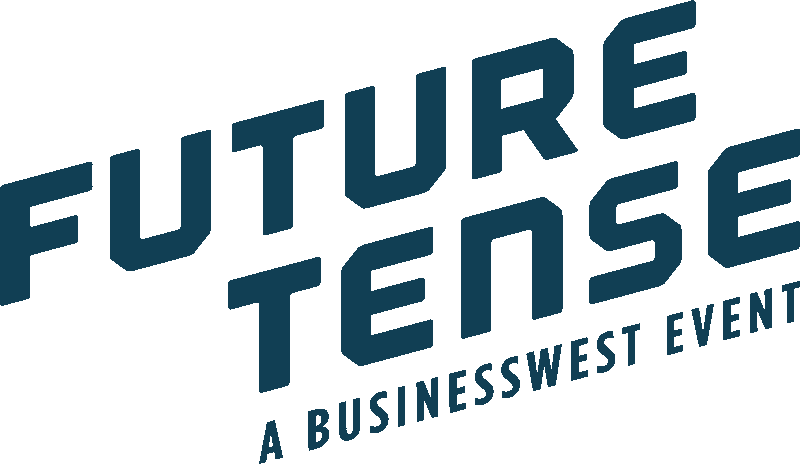 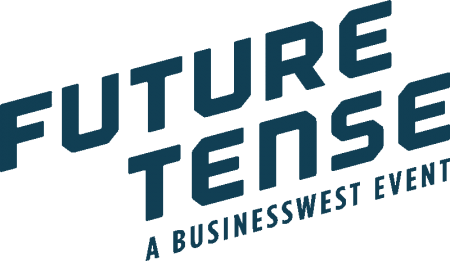 From the beginning, perhaps the hardest thing about being in business is trying to figure out what’s coming next, how to prepare for it, how, perhaps, to capitalize on it, and, well, how to stay in business.

And at the rate technology is advancing and society is changing, this assignment has probably never been more challenging. Just ask the former owner of a Blockbuster Video franchise — although that example is dated and almost cliché.

But this much higher degree of difficulty shouldn’t stop business owners and managers from trying.

And that is the message — actually, one of many — that Delcie Bean, founder of Paragus Strategic IT and one of the region’s most heralded entrepreneurs, intends to leave with attendees of a highly anticipated series of breakfast lectures being produced by BusinessWest and sponsored by Paragus and the Jamrog Group, with additional sponsorships available. The program is unique in that the audience will be capped at 40, and attendees must be the owners of ventures with at least $1 million in annual sales.

The first installment of the Future Tense series, set for Feb. 22 at Tech Foundry in downtown Springfield, is loosely titled “An Unprecedented Technology Disruption.” That name speaks volumes about what’s on the horizon and should get the attention of every area business owner. 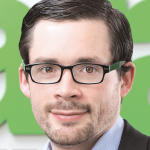 If it doesn’t, some of these comments from Bean certainly will. He told BusinessWest there are four main drivers, if you will, of this technology disruption — a confluence of extremely powerful forces, as he called it. These include virtual/augmented reality, autonomous driving, 3-D printing, and artificial intelligence/machine learning. Each one is significant in its own right, he said, but all four of them coming at once? This will be historic in its influence on business and society in general.

“We have these 40-year cycles, and when you look at the Internet and the impact it had on the latest cycle … the experts, the people who make a living predicting these things are saying that the confluence of these four things coming together is going to have four times the impact on the world economy that the Internet did, and it’s going to have that impact over the course of a relatively short period of time,” Bean explained.

“We’re 10 years into the current 40-year cycle,” he went on. “So they’re saying that, over the next 30 years, the confluence of this is all going to happen. And what’s really interesting about this is not the technology, but the rate of change; we are going to see markets, technologies, companies, and work evolve at a rate of change we’ve never seen in the history of mankind. The rate of change is going to be exponential.”

To drive these points home, no pun intended, Bean focused, as he will during the breakfast program, on one of those aforementioned forces — autonomous driving.

As the technology advances and becomes mainstream, he noted, there will be a powerful ripple effect that will impact most all businesses related to the automobile and transportation, and economic tremors felt in communities of all sizes.

The lowest-hanging fruit when it comes to anticipating change is the trucking industry and the obvious impact on jobs, said Bean, adding that, a few years later, the next ripple would be car ownership and a sharp decline in the same.

“Most people would subscribe to a car service, like a Netflix, but they wouldn’t own a car,” he explained. “And you look at what that does; if people don’t own cars, the concept of car dealerships goes away. Then gas stations go away, because you won’t be concerned about finding a convenient gas station to fill up your car — fleets will have refueling stations.

When: Over the next year; the first program, is slated for Feb. 22

“And if there’s no gas stations, there’s no convenience stores, because the convenience store loses a lot of its impact if it’s not attached to a gas station,” he went on. “And the further out you go … you look at the impact on parking and the impact parking has on real estate, and the impact that real estate has on where people live … the ripples get wider and wider, and the further out you go, the bigger the impact on the U.S. economy and the global economy as a whole.”

And that’s just autonomous driving. The same ripple effects will result from visual/augmented reality, 3-D printing, and artificial intelligence/machine learning, he noted, adding that the changes will come in everything from the how work is done to the relevance of professions up to and including doctors and lawyers.

Summing things up, Bean cited what’s come to be known as Moore’s law. Named after Gordon Moore, co-founder of Fairchild Semiconductor and Intel, it is the observation that processor power will double approximately every two years, and it holds true a half-century later.

Bean said that same formula, more or less, will apply to the rate of change taking place in society — and, indirectly, to the definition of the word ‘fast.’

“The rate of change will double every year,” he explained. “What we think of as fast now would be twice as fast next year and twice as fast the year after that.”

How do business owners and managers prepare for such abrupt, profound, and ongoing change? That is the $64,000 question, and Bean intends to provide some answers at the Feb. 22 presentation.

As for subsequent programs, they, too, will live up to that title Future Tense and provide attendees with deep insight into how to be ready for what’s coming next.

And for many (actually, everyone, eventually), what’s next is retirement. Amy Jamrog, financial advisor with the Jamrog Group, who will lead the second program in the spring, said many people are not preparing properly for that day, or those 30 or 40 years, to be exact.

Common mistakes she sees come in many categories, ranging from failure to anticipate how much one will need in retirement, to how to decide what to do with accumulated wealth, to survival of a family business.

“Having done this for 20 years, what I’m seeing more than ever before is business owners making decisions in silos,” she explained. “They think their business, their family situation, their succession plan is unique. In some respects it is, but I don’t feel that the information is getting disseminated to the business owner and the family structure in general when it’s a family-owned business, in a way that coordinates all the pieces.

“There are tax implications to consider, there are legal considerations, and there are family dynamics,” she went on. “And the big piece we’re working on with a lot of local companies getting ready to sell is the philanthropic side. Some of these companies are going to be selling for a lot of money, and these people aren’t even thinking about giving some of the proceeds back to the community.”

For more on that, well, stay tuned for more details on future installments of the lecture series.

Registration and tickets to the Feb. 22 program, and the for the entire series, can be ordered HERE or by calling (413) 781-8600. Tickets to each program are $25 each, with all proceeds going to Tech Foundry.