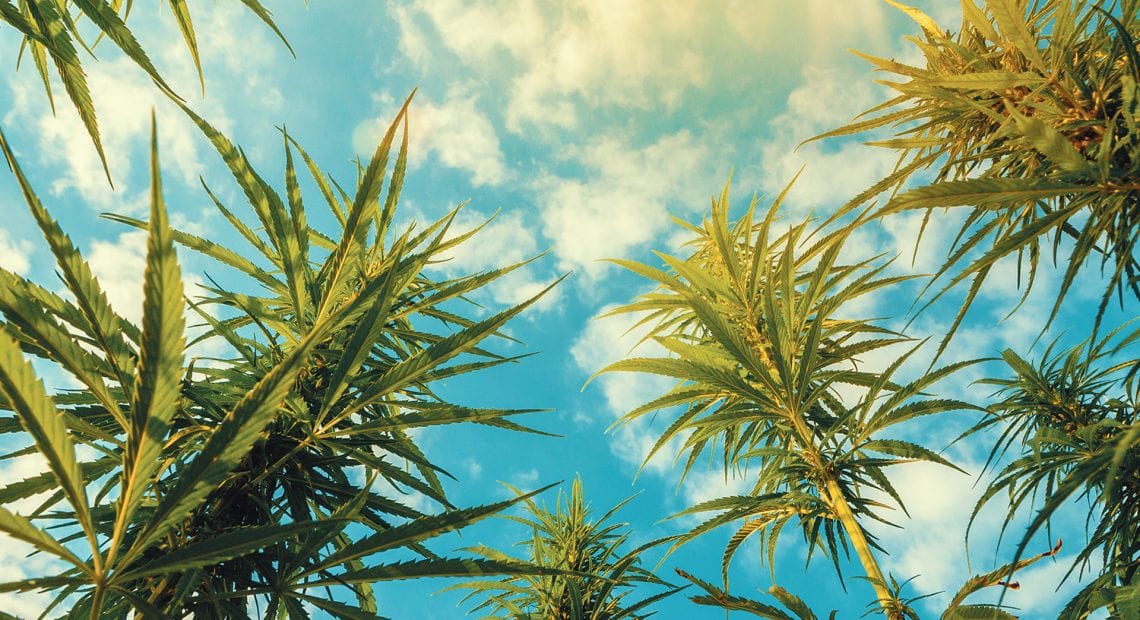 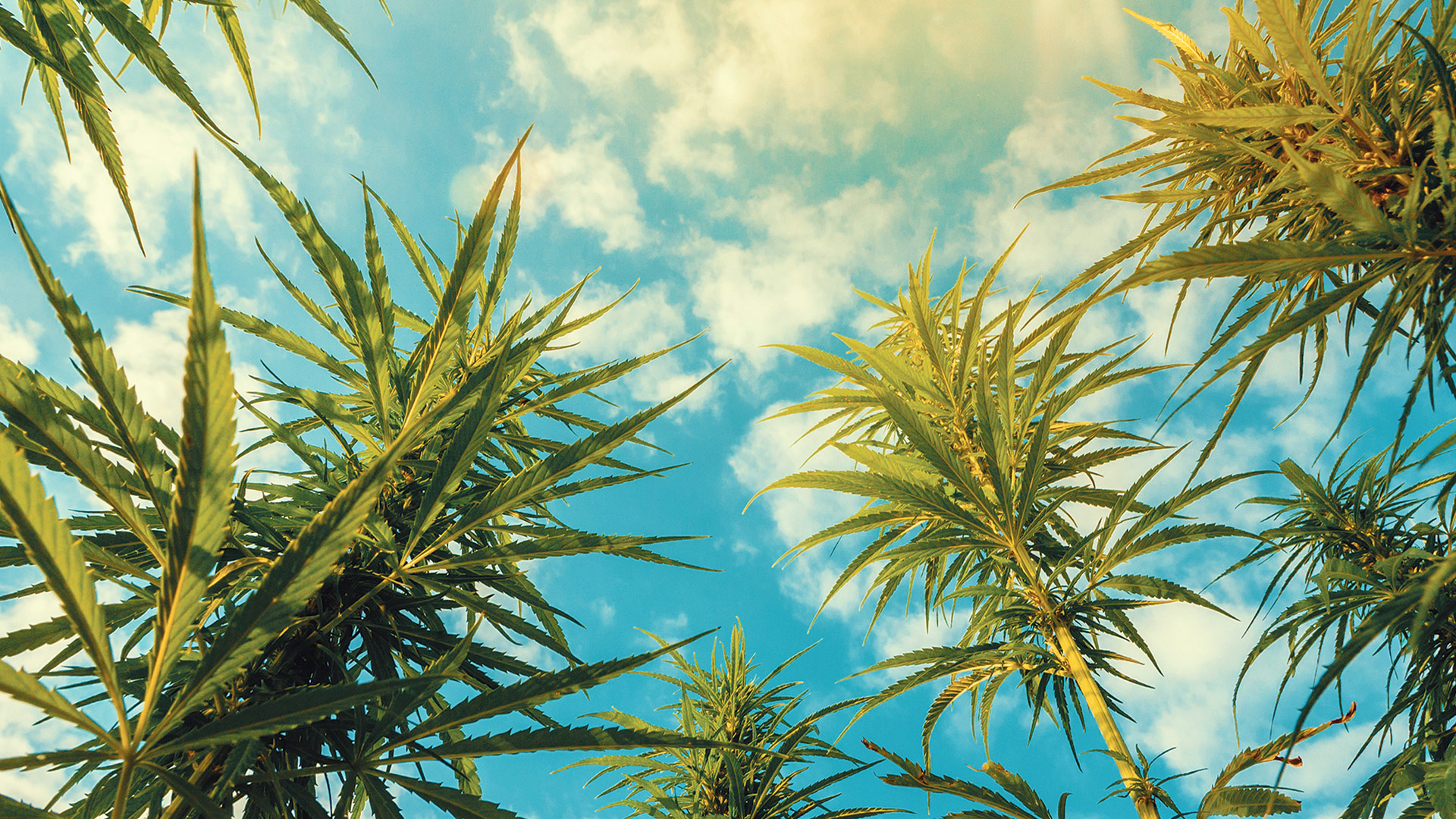 Even in a normal year, Feb. 29 is an odd date to open a business.

“We really won’t have an anniversary for another four years,” Thomas Winstanley, director of Marketing at Theory Wellness, joked about his company’s third cannabis dispensary, which opened in Chicopee on that leap-year date almost six months ago.

Of course, 2020 is no normal year, and a couple weeks after opening, Theory closed its doors as part of a statewide shutdown of ‘non-essential’ businesses due to the COVID-19 pandemic.

“It’s been an interesting six months, to say the least,” Winstanley told BusinessWest. “We had a brand-new team in place, the final approvals had come through, and that team was just getting their sea legs on the retail side when the shutdown came.”

When dispensaries were eventually allowed to open, it was only for medical marijuana at first, while the vast majority of business — recreational sales — remained shut down.

“It’s dynamite,” he said. “A lot of money is coming back to the market, and our team hasn’t missed a step since coming back — and we’ve seen the team continue to grow. We’ve come back a lot stronger.”

The line that forms outside the shop each morning testifies to demand that certainly didn’t go away during the weeks when product was unavailable.

It’s a story taking shape across the state, with cannabis businesses continuing to launch and grow even as the pandemic still rages and the economy nowhere near returning to its 2019 condition. Take Holyoke, for example — a city whose leaders fully embraced the cannabis trade from the start, and where two more businesses opened in recent weeks, Canna Provisions on Dwight Street and Boston Bud Co. on Sargeant Street.

“It’s been an interesting six months, to say the least. We had a brand-new team in place, the final approvals had come through, and that team was just getting their sea legs on the retail side when the shutdown came.”

“I’m not going to lie — I was very nervous as the economy took a downturn,” said Marcos Marrero, Holyoke’s director of Planning & Economic Development, about the cannabis hub city leaders have worked to cultivate, one that now includes a handful of cultivation, production, and retail businesses, with more on the way. “Oddly enough, we haven’t seen a significant stoppage in stores’ actions at this point. I can only speculate why that is.”

One reason, quite simply, is that some sectors do better than others during recessions. Marrero compared it to when prohibition was lifted during the Great Depression, and smart entrepreneurs immediately saw the long-term (and pent-up) demand for alcohol, even during tough economic times. 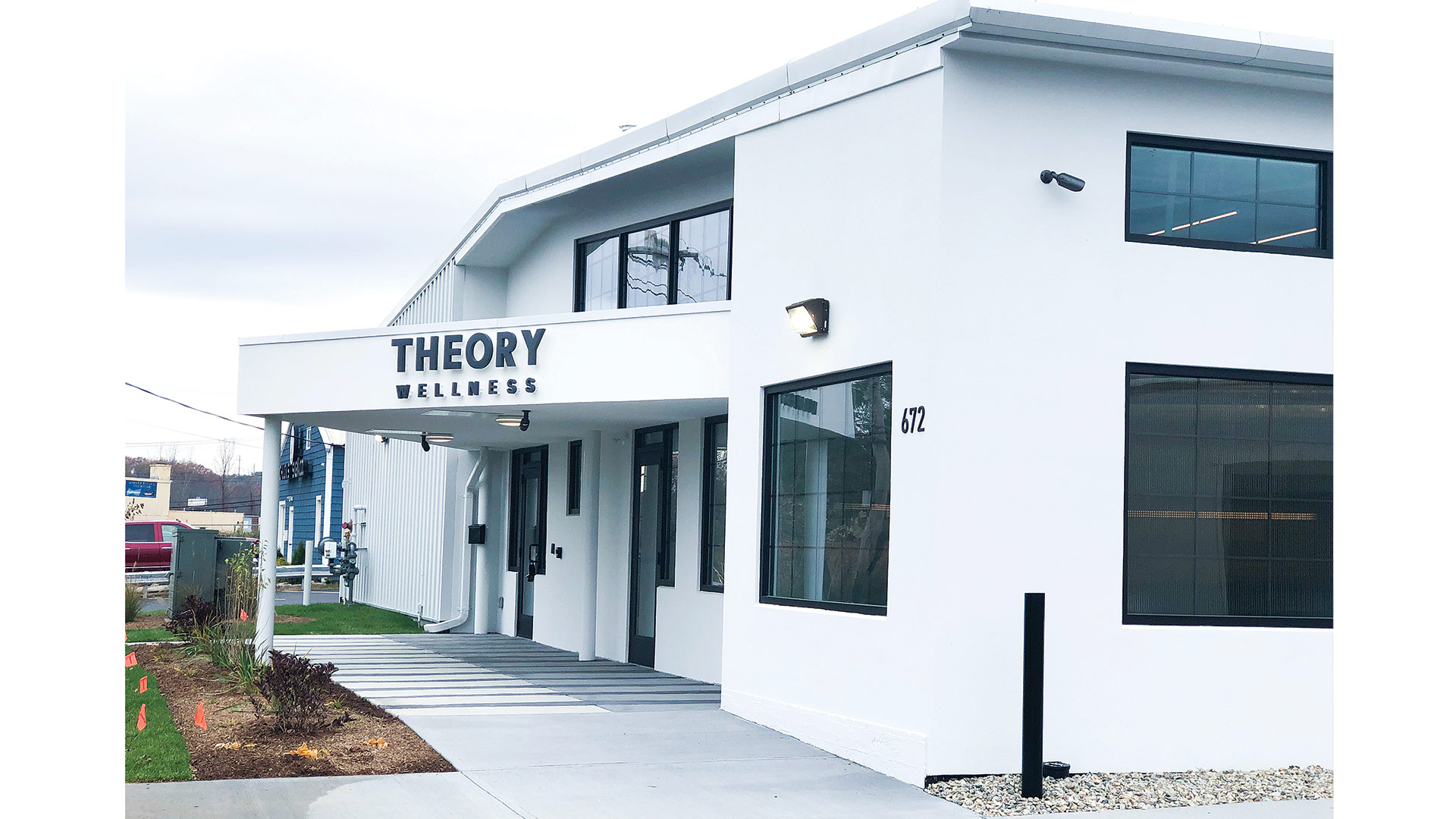 Theory Wellness in Chicopee closed in March just a few weeks after it opened, but customer traffic has been solid this summer.

“Today, we have a very robust alcoholic-beverage industry,” he said, reflecting demand that has never subsided over the decades. “So I don’t think there’s anything remarkably special about cannabis in that regard.”

Another apt comparison is the financial crisis of 2008, when the fundamentals of the economy were coming apart — a different story than in 2020. “Now, the economy is tanking because there’s no consumption, and the labor force is contracting.”

Those investing in the cannabis sector, however, are looking beyond that; they know demand for these products is likely to remain high — no pun intended — in the long term.

“This may be as good an investment as anything,” Marrero said. “We’re still seeing investments going forward at the local level; it’s a very positive outlook, even during the pandemic.”

The proliferation of cannabis businesses across the region, with the promise of more to come, means jobs, and that potential isn’t lost on area colleges and universities.

First, Holyoke Community College (HCC) and the Cannabis Community Care and Research Network (C3RN) announced the creation of the Cannabis Education Center last fall, to provide education, training, and other business resources to individuals in the region who want to work in the cannabis industry.

HCC and C3RN are designated training partners through the Massachusetts Cannabis Control Commission’s (CCC) Social Equity Vendor Training program, which was designed to provide priority access, training, and technical assistance to populations and communities that, traditionally, have been negatively impacted by the drug war.

Soon after that, American International College (AIC) dipped a toe into the sector by launching a three-course certificate program called Micro-Emerging Markets: Cannabis, offering an overview of cannabis entrepreneurship, business operations, and law and ethics.

This fall, AIC is launching a master’s program in Cannabis Science and Commerce — with a one-year online program or a two-year hybrid model — that takes a deeper dive into preparing students to work in this field, said Jennifer Barry, AIC’s director of Continuing Studies and Special Projects.

She cited some striking statistics — 15% job growth in the legal cannabis industry in 2019, $404 million in legal cannabis sales in Massachusetts that same year, and 245,000 full-time-equivalent jobs created nationally by early 2020 — to explain why the program is necessary. 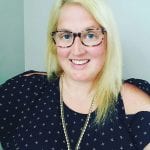 To that end, the program will be taught collaboratively by faculty members, cannabis-industry professionals, and occasionally guest lecturers, either in person or by video.

“We’re taking the academic rigor of an AIC course normally taught by faculty members and keeping it current and relevant by pulling in industry experts,” she explained, noting that classes cover topics from law and policy to the chemistry of cannabis.

“It’s hard for people who work full-time in the cannabis industry, which is such a demanding field, to make time,” she added, but quickly noted that they recognize the need to create a pipeline of talent in the region so the sector can continue to grow and avoid a skills gap. In that way, she noted, this master’s program is a win-win — helping graduates access a solid career while helping area businesses grow.

“That’s the real benefit of our program,” Barry continued, noting that it’s the first program in the U.S. that blends business, science, and the legal aspects of the trade. “What we’ve found, speaking with cannabis professionals, is you have to understand the chemical components of the plant to be prepared to sell it, package it, speak about it intelligently in the field.

“That’s why we have a chemistry course, and one that talks about cannabis from seed to sale, how it makes it through the pipeline, giving students a broad understanding of the process. Then, through individual courses, they can dig through each individual element.”

The goal, again, is to support both opportunities for job seekers and business growth, and Marrero sees elements of both in Holyoke’s enthusiastic adoption of the cannabis sector. He said Holyoke officials don’t “game the system” with host-community agreements, trying to squeeze as much from license applicants as possible. Instead, it’s a standard template that can be approved in a day.

“The CCC does its due diligence on businesses; we regulate things like land use and how businesses are integrated into the community,” he said of the city’s approach to license approval. “For us, it’s been about how to create jobs, how to help businesses get into the cannabis industry.

“It’s about creating a cluster,” he went on. “We’ve made a concerted effort to make it smooth, to work with industries to create a cluster. What it gets us is more than the sum of its parts; it’s how many jobs are created by these companies — and we have a dozen already special-permitted.”

Those services run the gamut from plumbers and pipefitters to security, delivery services, cleaning services, lawyers, and more.

“Any new company produces opportunities for other types of other businesses, and those businesses have to employ people. It’s that economic contagion that’s also attractive,” Marrero explained — one of the few times one might hear the word ‘contagion’ these days in a positive light.

Winstanley said Theory’s experience setting up shop in Chicopee went as smoothly as it could have, considering the built-in rigor of the process, especially at the state level.

“We’ve always known there were a lot of policies in place at the state level and the local level. It’s a long process,” he told BusinessWest. “But we want to make sure we get it right and operate in ways that are beneficial to the local population, and we want to make sure to set an example for what legal cannabis should look like in this day and age.”

One way Theory — which also has locations in Great Barrington and Bridgewater, and employs about 200 people in its cultivation, manufacturing, and retail divisions — does that is through the kind of social-equity program the CCC made a point of emphasizing.

It recently accepted applications from ‘economic-empowerment’ applicants as designated by the commission and will select a qualified applicant to partner with, guiding and mentoring the entrepreneur through the process of opening their doors, from financial assistance to professional services to zoning and regulatory hurdles.

That financial commitment will total up to $250,000, $100,000 of which will be offered in the form of 0% interest debt financing, with $150,000 worth of initial cannabis inventory to be offered on consignment, providing a boost of capital to help get the operation off the ground. Theory will also connect the successful applicant with professional services like banking, legal, insurance, and HR.

“This is something we felt really strongly about,” Winstanley said. “We felt it’s the future of the industry, to make sure everyone has an opportunity to get into it.”

Barry is well aware of the social-equity component as well, saying it aligns with AIC’s mission to provide access and opportunity to a diverse student population.

“Each course will have a social-equity component; students will get exposure to the business through the lens of social equity, and by the end of the program, they’ll be entrenched in how we can potentially undo some of the disproportionate harm done in the past, while creating a workforce that meets the needs of the industry.”

Because, again, the opportunities appear to be increasing.

“They’ll build a network of professionals they can use as resources as they create their careers, whether they start out working for someone else or start their own business,” she added. “They’ll know it’s not limited.”

That’s true in Holyoke right now, where the next site to open will likely be True Leaf, located near the Holyoke Dam, Marrero said. “They’re a pretty sizable operation — they would be the biggest in Holyoke by square footage, and they’re near completion of construction.”

Winstanley said Theory learned a lot from its original store, in Great Barrington, the first dispensary to open in the Berkshires. Now, competition is springing up across Western Mass., but he says the company still has plenty of room to grow.

“It’s not only the growth of our company, but the significant tax revenue that’s definitely needed,” he said. “Right now, we’re just really happy to see cannabis is back, and hopefully we can continue to contribute, and the industry will provide some much-needed life in these strange times.” 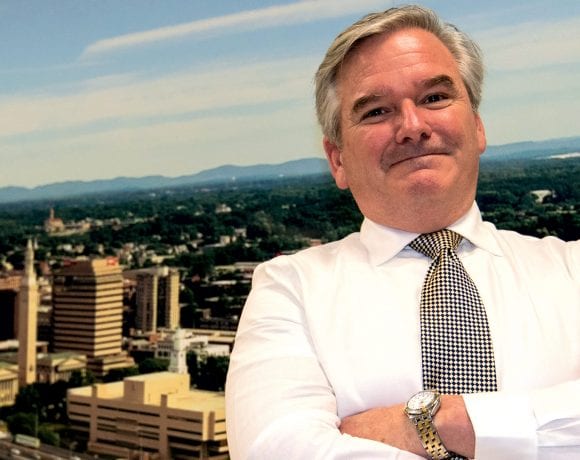