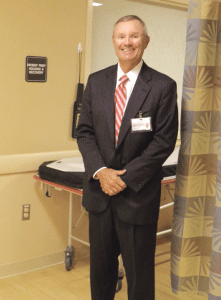 Ronald Bryant says his primary accomplishment has been to create an environment where people want to succeed and are put in a position to do so.

Ronald Bryant’s vision for Noble Hospital in Westfield has seemingly no limits.

Over the past three years, the president and chief operating officer has instituted impressive change that has brought new life to the independent medical facility and reinstated its standing as a top-notch center for healthcare in the Greater Westfield area.

“I have not done this alone. It has been accomplished with physicians, nurses, trustees, and administrative staff, which extends to dieticians who make sure patients have the right nutrition,” said Bryant. “My job is to create an environment where people want to succeed and are put in a position to be able to do so. And healthcare is moving so fast that you cannot stop. You have to get up every day and continually try to improve your organization.”

The hospital has 97 beds in a 257,000-square-foot building, which includes a telemetry unit, an intensive-care unit, a 20-bed psychiatric unit, a 15-bed inpatient rehabilitation unit, physician office space, and a medical/surgical unit which has been completely renovated with upgraded floors, walls, bathrooms, and nursing station, made possible due to money raised at the annual Noble Ball. 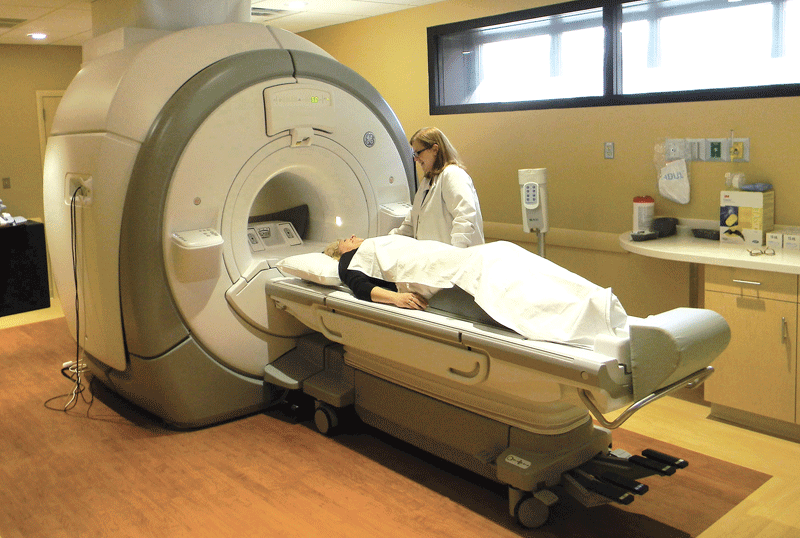 The expansion of services has been accomplished within a relatively short period of time, but Bryant said it was carefully orchestrated.

“We were very prudent in making sure the investments we made promoted healthcare within the community,” he said. “Noble has always been consistent and conscientious about providing quality care, but in the past, we didn’t have enough physician services to keep patients in the community.”

That was caused in part by the critical shortage of primary-care physicians in Massachusetts as well as a national shortage, which made it difficult to attract these specialists to Noble.

But the hospital has been successful in recent recruitment efforts, and a primary-care office opened in July in a new building on 67 Union St. with seven primary-care doctors.

Noble’s efforts to attract physicians has also resulted in a partnership with the Urology Group of Western New England, P.C., which now has state-of-the-art exam rooms and office space within the hospital.

“This came about as part of our effort to build new relationships with physicians,” Bryant said. “They have their own waiting room and testing lab here now.”

There is also a new obstetrician-gynecological program, created through an affiliation with Baystate Medical Center. “Patients see their doctors here and deliver their babies at Baystate,” Bryant said, adding it is too costly for a hospital of Noble’s size to be able to do everything alone.

To that end, the third floor is now home to new cardiopulmonary offices and services, which also involves a liaison. “We partnered with the Baystate Regional Heart Attack Program and can get people out our door to their cardiology department faster than anyone else in the Valley and all of our competitors,” the CEO told BusinessWest.

Other improvements include a new, state-of-the-art, $2.6 million MRI center, which opened at the same time as the urology offices, along with a new van to transport patients. The service is free to senior citizens or anyone who needs it in the hospital’s primary service area.

“We’ve invested more than $6 million in the hospital over the last few years in equipment, services, and facility renovations,” Bryant said, adding that these investments have made a difference, and the hospital’s patient satisfaction scores for 2012-13, as measured by the Centers for Medicare and Medicaid Services, are the highest in Pioneer Valley.

“This is especially significant because not only are we the smallest independent hospital in the state, we are also the lowest-cost hospital in Massachusetts,” he said.

Noble’s CEO worked as a public accountant for a government agency before he entered the healthcare field, where he has put his talents to work for the past 15 years.

He was born and raised in Worcester, graduated from Assumption College, and is currently working on a master’s degree in health administration. He serves on the board of the Mass. Hospital Assoc. and Noble’s Visiting Nurse Assoc., and chairs the Greater Westfield Chamber of Commerce.

The licensed, certified public accountant began his healthcare career at MetroWest Medical Center in Framingham and Natick, where he served as account manager for the developmental disabilities and home health department. That stint led him to join Health Management Associates, a nonprofit organization that represents 70 community hospitals in the South and Southwest.

After working in South Carolina and Oklahoma, his family wanted to move closer to home, so when he was offered the position of chief financial officer at Martha’s Vineyard Hospital, he accepted.

Bryant served for nine months as Noble’s CFO before moving to the position of president and CEO in August 2011.

“Noble Hospital offered challenges which were a good fit for my skill set,” he noted. “I had the financial background needed to compete in today’s healthcare environment and knew there was a good chance that the hospital had a bright future.”

However, he conceded that, in spite of this belief, Noble was in difficult financial straits when he arrived.

“I knew that, without proper fiscal management, physician recruitment, and rebuilding service lines, the future was in jeopardy,” he said. “The organization was in a good geographic location and had strong demographics, but had poor fiscal management.”

However, his past experience soon came into play. “Both Martha’s Vineyard and Goodall were financially challenged, but I was very fortunate to have mentors at both hospitals who taught me a great deal,” he said.

His first step was to rebuild the hospital’s four-person revenue team.

“I brought in new talent and reorganized and revamped a new, talented team of 20 people,” Bryant said, noting that the top two factors that lead to the success or downfall of any community hospital are its physicians and management of its revenue.

“So, after we solidified our financial position, we turned our attention to growth,” he explained.

This was critical because a community survey of the hospital’s service lines revealed a shortage of physicians in the area. “It also showed that more than half of the population was not aware of the services Noble provided, so our task was clear.”

The hospital took steps to recruit doctors to work there full-time, and cultivated relationships with others willing to become affiliated with Noble.

The effort was very successful.

“Twenty-four months ago, we had one physician on staff, and now we have seven, and to complement this, we also rebuilt specialist services,” Bryant noted, adding that the hospital re-established relationships that had existed in the past and formed new ones with specialists on the other side of the river.

That included its partnership with the urology group as well as the creation of a comprehensive breast-cancer program.

“We also hired a gastroenterologist to partner with the existing one on staff, and revamped our radiology, anesthesiology, and pathology services, which helped build confidence among the physicians in our community. If a hospital doesn’t offer strong services, physicians won’t send their patients there,” Bryant explained.

The demand for general surgeons was also met, and Noble now has two surgeons who also work for another hospital. “It fills two needs — ours and their need for more volume,” the CEO said. “And a good percentage of our doctors are also affiliated with Baystate Medical Center.”

For example, Noble’s breast-cancer surgeon brings in plastic surgeons from Baystate Medical Center to do reconstructive surgery on their patients. “Our doctors and affiliated physicians work together, and these types of relationships help make us successful,” Bryant said.

Once the hospital had attracted enough physicians, the next step was to create a comprehensive marketing program that was specifically designed to reintroduce Noble to the community. It began two and a half years ago with a “Yes Noble” website, on which Noble employees wrote about how much they enjoyed working there. “We just won an award for it,” Bryant said.

From there, efforts were aimed at informing residents in the hospital’s geographic area of the services Noble offered, as well as introducing doctors in the Noble Health Network. It was accomplished via speaking engagements, radio and TV advertising, publications, and a healthcare symposium in Westfield that attracted 100 people who learned about what Noble was doing in the area of healthcare reform.

“We speak at all major community events and are very, very visible in the community,” Bryant said.

In addition, the hospital hosts a series of ongoing employee luncheons where physicians talk about what they do.

“There will always be competition, but from the time I came here, I believed that, if we did our job in a high-quality fashion, patients would not want to cross the river,” Bryant said. “I told myself from the beginning that I wanted each individual in our community to think of Noble first for their healthcare needs. I want our healthcare network to be the best place to give and receive safe, quality, compassionate care.”

The vision that Bryant brought to the position continues to broaden. “Everything we’ve done has been geared toward keeping patients here, and the confidence we’ve built has allowed us to maintain our market,” he said. “But I’m always thinking about what’s next. It’s really important to adapt to change and be able to capitalize when opportunities arise.”

To facilitate that goal, he has surrounded himself with people who are talented and have great imagination.

“The financial pressures and challenges will not get easier, and it will continue to be a balancing act between costs we can support and our needs. But I want to go further and continue to grow our market,” he said. “Our work hasn’t stopped, and we will continue to develop our network so we will become the provider of choice in our area.”