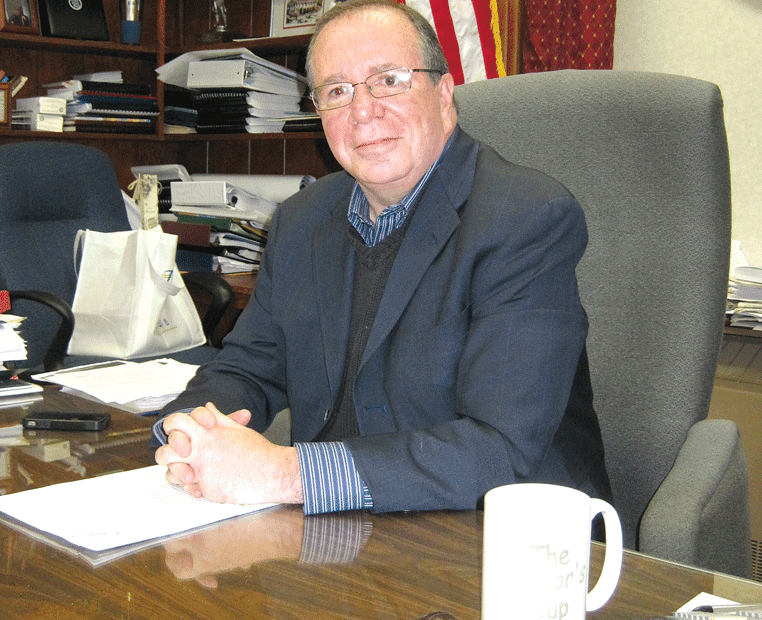 Editor’s Note: In an effort to keep its readership abreast of what’s happening in cities and towns across Western Mass., BusinessWest is commencing a year-long series of community profiles. We begin with the second-largest city in the region — Chicopee.

There is a small, carved wooden turtle that sits on Michael Bissonnette’s desk in Chicopee City Hall. It’s been there since early 2007, near the end of his first full year as mayor of this city of just over 55,000 residents.

As of yet, the turtle has no name, said Bissonnette, adding that it won’t until the so-called River Mills Project, a 65-acre brownfield site along the Chicopee River involving the former Uniroyal and Facemate manufacturing complexes, is fully ready for redevelopment. The initiative, marked by lengthy court fights and the complicated process of acquiring property and securing the funds to remediate it, has been nearly 30 years in the making. But there has been some dramatic progress in recent years, which brings the mayor back to his turtle.

“It’s my reminder to be patient — all good things come in time,” said Bissonnette,  noting that the story of the tortoise and the hare resonates in Chicopee, where city leaders believe they are winning an important race for greater vibrancy, job opportunities, and tax revenue by being diligent and doing things right, and not necessarily quickly — although the pace of progress has picked up considerably (more on that later).

But patience is not the city’s only virtue, said the mayor, also citing perseverance, imagination, and even an ability to embrace modern telecommunications technology in an effort to better serve residents.

Indeed, just before speaking with BusinessWest, Bissonnette, a prolific user of Facebook and other forms of social media to communicate with various constituencies, texted a directive to the Department of Public Works to meet a resident’s request to have a street sanded.

“We’re in a digital age, and its all part of our ability to reach out and be customer-friendly,” said the mayor. “And I can be responsive to that.”

Beyond the visible progress at what is usually called simply the ‘Uniroyal site,’ greatly facilitated by the city’s ability to win funding for participation with the state’s Brownfields Support Team (BST), there are many other signs of growth and vibrancy in the city.

They include the Marriott Residence hotel now taking shape as part of the Chicopee Crossing project on Memorial Drive, progress with ongoing work to replace the Davitt Bridge in the heart of downtown, and two new, state-of-the art high schools built over the past decade.

Meanwhile, the city has been able to maintain and even grow its strong manufacturing base — which accounts for 22% to 25% of the jobs in the community —  and is looking to add more in both existing manufacturing facilities and a 110-acre parcel near the Massachusetts Turnpike recently acquired by the Westover Metropolitan Development Corp.

From a fiscal standpoint, the city has rarely been in a stronger situation, with an A+ credit rating and $15 million in the so-called ‘rainy-day fund,’ the high-water mark for that account.

Summing up what has happened and what could happen in the years to come, Tom Haberlin, the city’s economic development director and long-time planning and development official, said the community has honed its can-do attitude with an even more business-friendly approach in City Hall.

“Chicopee remains a very easy place to get things done,” he said. “It doesn’t have the levels of bureaucracy you see in other cities, and this has helped us in many ways over the years.”

As BusinessWest begins its year-long series of community profiles, it starts with Chicopee, an old industrial city that that has stayed true to those roots while also managing to diversify its economy.

Bissonnette acknowledged that the phrase ‘running the city like a business’ has been used and overused in recent years and has lost some of its meaning. But this is exactly the approach he has taken since he was first elected in 2005, and he believes it has paid dividends.

Elaborating, he said the broad goal of his administration is to eliminate or minimize bureaucracy and politics (to the extent that it can), and create operating systems that remove barriers to progress, not add more.

“I can’t tell you how many developers have complimented the process, saying that we cut red tape and bend over backwards to accommodate the needs of the private sector, and that has paid off,” Bissonnette said. “The idea that a government is going to function more like a business is very appealing to the private sector, and it’s an extension of our business-friendly approach. 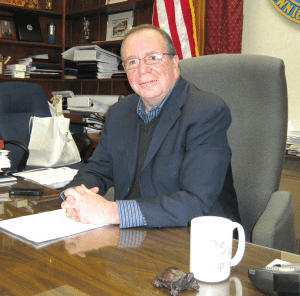 “When the state talks about taking six months to get something permitted, we laugh and say, ‘let’s try to do it in six weeks,’” he continued, adding that this operating philosophy has certainly helped the city withstand the prolonged economic downturn, and will be a real asset when conditions improve and companies gain the confidence to proceed with new building and expansion projects.

Meanwhile, he went on, the city has been aggressive in its pursuit of state and federal funding for various initiatives, such as the Uniroyal site, a character trait that has enabled it to advance a number of infrastructure and development projects.

That aggressiveness has paid off, said Haberlin, with grant awards on a scale not often often seen in a city this size.

“It’s very rare for a city to get these types of awards, and it’s a tribute to those that put the proposal together,” Haberlin said, referring specifically to funding secured for the Uniroyal project. “The BST knew that this project was moving at a very rapid rate and they would get the biggest bang for their dollar and it would be spent effectively.”

“That turtle should have blisters on its feet,” she said with a laugh, “because, after the brownfields team was put together, this thing just took off. But nobody believed it could happen this fast.”

While work on the Uniroyal site proceeds ahead of schedule, city officials are enthusiastic about additional development opportunities in several parts of the city, including the Memorial Drive area, downtown, and the 110-acre site acquired by the Westover Metropolitan Development Corp.

“Potentially, that could be the springboard for some huge economic development,” said Haberlin, adding that the property is coming on line as city officials and regional economic-development leaders are hearing their phones ring again with regard to companies looking for places to locate or expand.

Haberlin referenced one manufacturer he chose not to name that was interested in existing real estate in the city, an attractive alternative to new building.

“It’s the first real inquiry we’ve seen in six or seven years,” he noted, adding that this company’s interest goes well beyond the routine tire-kicking witnessed in recent years.

Haberlin said Chicopee has a decent inventory of manufacturing and distribution facilities that were built at or near the $125-per-square-foot price point but are now selling for perhaps 20% to 25% of the cost, creating opportunities for both businesses and the city.

“The quality that this particular manufacturer is looking at couldn’t even be built today at that [$125-per-square-foot] cost, so they’re really trying to take advantage of the values out here,” he explained.

Looking ahead, Bissonnette said city officials are working aggressively to properly position the city for everything from new manufacturing-sector jobs to a casino in Western Mass.

With regard to the latter, the mayor said he certainly hasn’t given up on the prospect of a gaming facility in his city — “we fully expect a casino to be built adjacent to Chicopee, if not in Chicopee” — but will be prepared to benefit no matter where it goes.

As for the former, the city has created a number of partnerships aimed at making sure it has a  large and qualified workforce in place for current employers and potential new ones.

“We say to interested precision-manufacturing companies, ‘tell us what you want us to train these students in, and we’ll train to suit,’” he noted, adding that, at Chicopee Comp, an advisory group with experts across different areas of manufacturing is helping the city to figure out what manufacturing jobs may look like in the future, and what skill sets will be necessary to secure one.

And while consistently looking for better ways to assist employers and potential employers, the city is always searching for new and more effective ways to serve constituents as well, said the mayor.

This includes use of social media as a way to communicate with residents, hear and read their concerns, and, in essence, create a dialogue on the issues facing the community, he told BusinessWest.

In addition to the mayor’s use of Facebook and Twitter, the internal information technology department, which maintains the city’s website, has been decentralized, a process that Bissonnette calls rare in municipalities.

This makes each department head accountable for uploading and maintaining his or her department’s up-to-date information. Going a step further, Bissonnette told BusinessWest that Chicopee was recently selected to be the only city in Hampden County, in conjunction with Boston, to get a smart app for smartphones through a three-year ‘efficiency in government’ grant from the state.

The app will be implemented in the spring to allow for complaints to make it to the proper department in real time; the Chicopee Police Department and DPW, the two entities that receive the most requests, will be the first to go live, bringing more of the transparency in government that  Bissonnette said the city wants and needs.

After all, he said, it shouldn’t be a mystery about how to get a pothole filled or a sign replaced. “And you shouldn’t have to know somebody to get your street plowed or your trash picked up.”

Bissonnette told BusinessWest that another of his goals moving forward is to revamp the city’s charter. Among those things on his wish list are a four-year term for the mayor (it’s currently two, which he believes adds up to too much time campaigning and not enough time managing the city) and revisions to create a strong-mayor form of government.

Whether he succeeds with those goals remains to be seen. As for most others, including the prospects for his turtle getting a name, he is eternally optimistic.