SPRINGFIELD — Gov. Charlie Baker and Springfield Mayor Domenic Sarno joined a host of local and state officials and representatives of CRRC USA Rail Corp. yesterday for a groundbreaking ceremony at the city’s former Westinghouse site on Page Boulevard, where the company will build its first North American plant.

CRRC, a Chinese-based manufacturer of urban mass-transit vehicles, won a $565 million contract with the state last year to build nearly 300 subway cars for the MBTA’s aging Red and Orange lines — a project that promises 100-plus construction jobs from the building of a 220,000-square-foot plant, and more than 150 new manufacturing positions. CRRC visited about 50 North American sites before settling on Springfield. 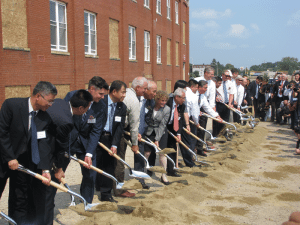 “Today is a great day in Springfield, and in Massachusetts, with CRRC, the largest railway company in the world, coming to Springfield,” Sarno said, noting that, while manufacturing was the city’s strong industrial base for generations, it started to erode in the 1970s, but has never gone away, and CRRC could be a catalyst to further shift the needle in a positive direction.

“We now have a $95 million project here at the old Westinghouse site. This will be CRRC’s North American hub. It’s important that we use this as leverage and momentum,” the mayor said — not just for further manufacturing in Springfield, but a for a boost in regional rail service. “I’d love to see that east-west rail connecting Boston to Springfield to Washington, D.C.”

While calling the groundbreaking “an exciting day for Springfield, an exciting day for the Commonwealth, and an exciting day for Western Mass.,” Baker said the MBTA is in dire need of new cars on its Red and Orange lines. During Boston’s crippling winter earlier this year, he said, it was pointed out to him that the rail cars pressing through the storms were the same ones that endured the Blizzard of ’78.

“Think about that — that was a really long time ago, folks,” he told hundreds of people in attendance at yesterday’s ceremony, calling CRRC’s arrival a piece of the state’s “strategy to bring jobs, economic development, and transit improvements for the benefit of all people in the Commonwealth of Massachusetts.”

Weiping Yu, vice president of CRRC Corp. Limited in Beijing, said he was “honored” to partner with officials in Massachusetts and Springfield on the $95 million construction project and the economic benefits it will generate.

“We have an exciting road ahead as we embrace this unique opportunity to partner with Massachusetts on our first transportation project in the United States,” he said, adding that the company sees potential for significant growth in the U.S., and has increased overseas investments by 61% over the past year. “We have a focused vision and a strong commitment not only to being the best, but understanding the infrastructure needs of our global partners and working together to achieve them.”

Yi Lu, general commercial counselor for the New York Chinese Consulate, added that he’s confident the new Springfield plant will be a strong engine for the local economy, generating hundreds of new jobs and perhaps spurring further Chinese investment in the region.

“Looking back on our initial discussions when we first visited Massachusetts,” added Chuanhe Zhou, president of CRRC USA Rail Corp., “I’m proud of the strides we’ve made, the relationships we’ve built, and the partnerships we’ve formed — from meetings with city officials to tours of local manufacturers to visits to local educational institutions. We couldn’t have found a better partner than you.”

Jay Ash, the state’s secretary of Housing and Economic Development, said CRRC wants to be a good neighbor by hiring local people, taking advantage of local supply chains, and engaging with companies around Western Mass. as it expands in the future.

And expand it should, added Stephanie Pollack, the Commonwealth’s Transportation secretary, if only because much of the country is dealing with the same issues as Massachusetts when it comes to aging rail cars.

“We know what CRRC knows, which is that the MBTA is hardly the only transit system in the United States with 1970s-era cars,” she noted. “In fact, a lot of cars in this country were bought in the 1970s with what was then a relatively young federal program for producing them.”

Baker credited his predecessor, former Gov. Deval Patrick, and his team with much of the legwork to bring CRRC to Massachusetts. “They did make this day possible. Sometimes you get credit for stuff that happens on your watch, whether you had anything to do with it or not.”

‘Addressing Conflict in Schools Using Non-Violent Strategies’ to Be Presented on Jan. 17

David Padegimas Joins March of Dimes Board of Directors 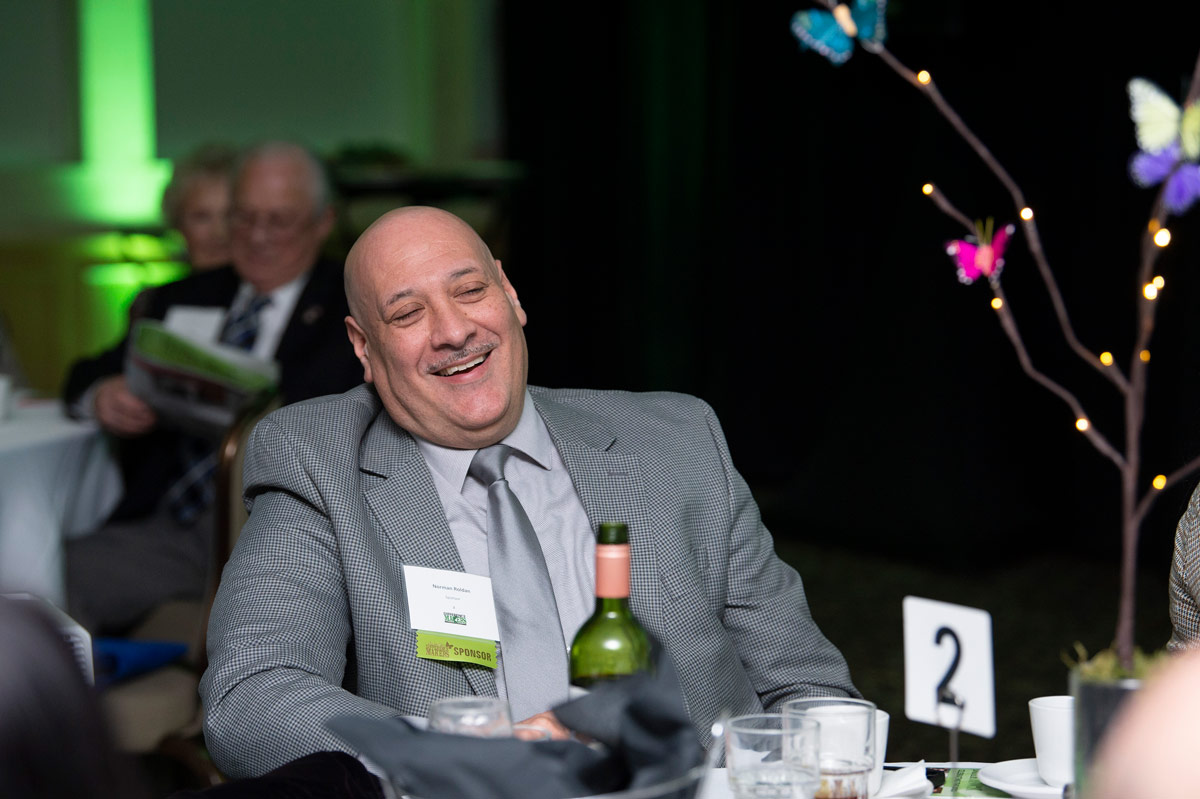 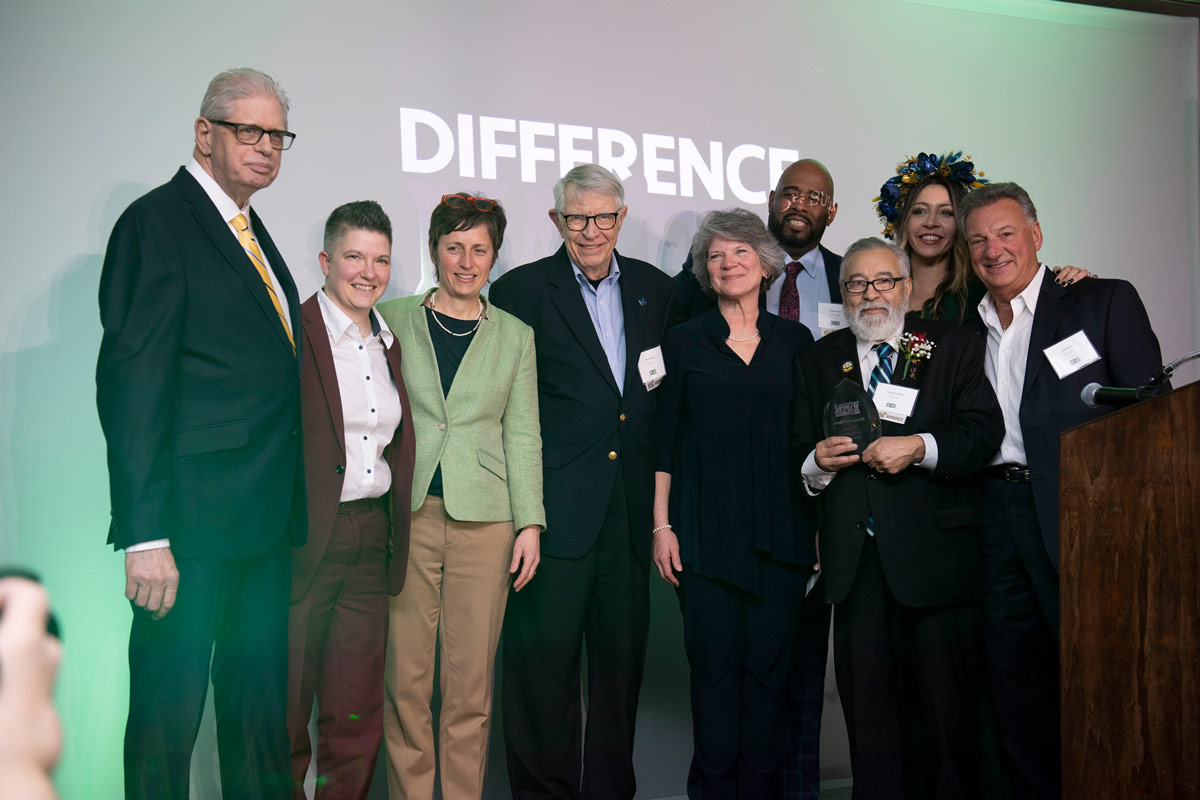 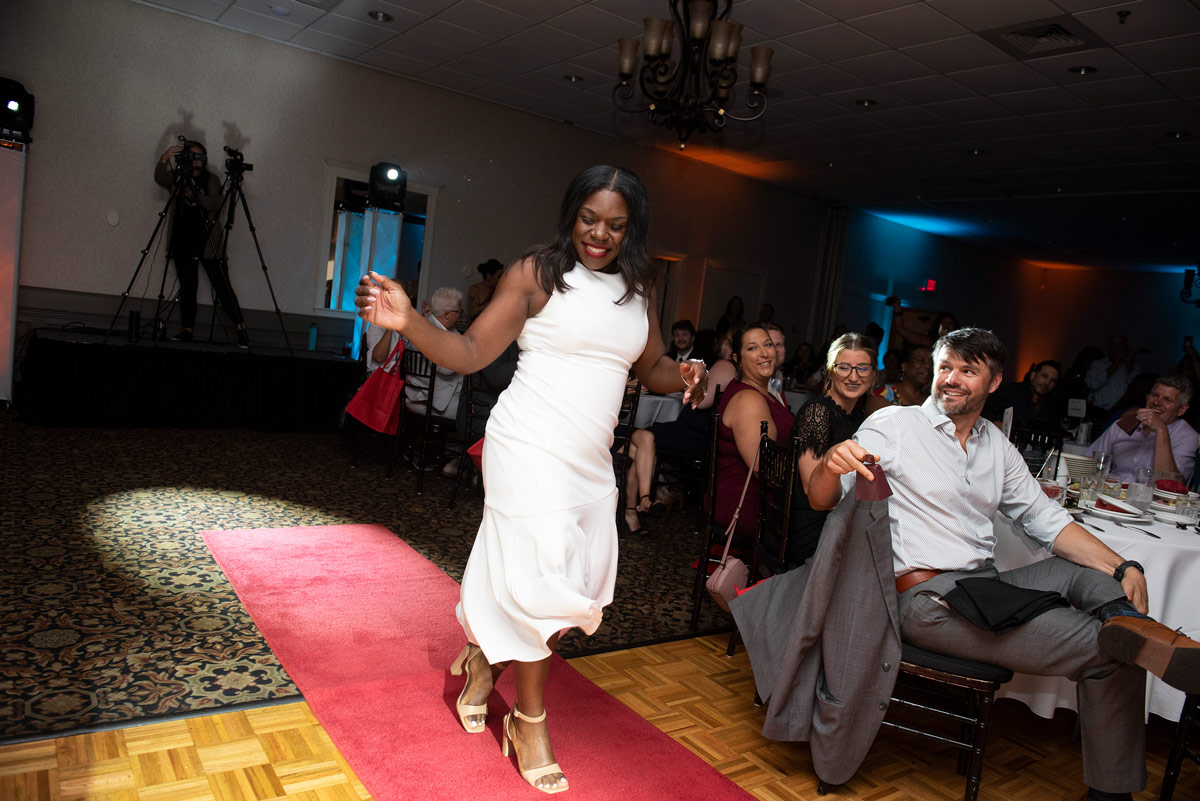