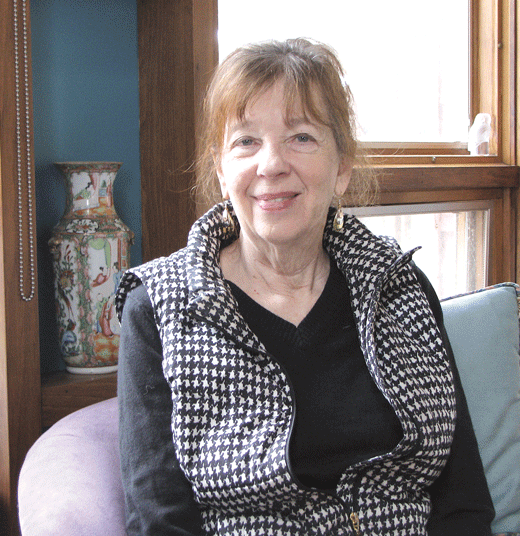 Lanie Delphin met her husband, Bud, through a dating service 16 years ago. And that got her thinking about how lucky they were.

Actually, that’s the wrong word; Delphin doesn’t believe relationships are built on luck — or fate, for that matter — but on solid, common-sense matches. And she decided she wanted to be a matchmaker.

“At the time, we realized there were just no good ways to meet people,” she told BusinessWest. “Internet dating was just taking off. I always believed I’d find someone, but it’s very hard to find people in this culture. People typically don’t want to meet at work, friends typically don’t want to fix you up, many people don’t go to religious institutions anymore. And if you do meet someone randomly, you don’t know if that person is looking for someone — or even single.”

Fascinated by the dating business, she bought a license in 2002 from a national company called Single Search and launched the online dating service Single Search Western Mass.

“We started the business as a way to help people find the success we had found,” she said. “When we started, I had never run a business, so I was grateful for the help I got being a licensee of this company; I wouldn’t have known where to begin.”

But she was less enamored of the computer-matching algorithms that Single Search — which no longer exists — employed. “They had a computer program that matched people; that was the original model. I very quickly learned I didn’t like the matches the computer made. I went over every single match — it was very time-consuming — and most of them didn’t make sense to me. So after that, I decided, if I’m claiming to be a matchmaking service, I need to meet people. I completely changed the model. I changed the name; I changed everything about it.”

A few years after first dipping her toe into the matchmaking business, Delphin was meeting personally with 99% of her clients, and the company — now operating as Mass Match — was attracting hundreds of members and generating success stories.

“It’s interesting — Match.com and some of these other dating sites are, from what I’ve been told, plateauing in terms of business, so now they’re offering some of these boutique services, hiring matchmakers in many cities. They came to understand something I knew from the beginning, which is, how do you match people if you haven’t met them?

“The difference between them and personal dating services like mine is that they charge thousands of dollars,” she went on. “We’ve held true to our mission from the beginning to provide a personal, private, and affordable way to meet. I have not raised my prices in five years. The economy’s been bad, but even so, I don’t want to gouge people.”

Customers pay an annual $295 fee, not a monthly rate, which they appreciate, Delphin said, because it allows them to relax and avoid the temptation to rush into a serious relationship (more on that later).

“Most of the money I make goes back into advertising,” said Delphin, who runs the day-to-day operations of Mass Match herself. “It feels important work for me to do. You may find the love of your life; many have. But you might not. I want to keep the price fair. The business needs large numbers of people, so I don’t want to charge too much money.

“If I could guarantee everyone the love of their life, the value of that would be incalculable,” she added. “But nobody can do that — not even the people charging thousands of dollars. But I want everyone to be able to take a chance.”

The process of signing up for Mass Match is simple, but it’s not for people who want to meet their next love solely from a PC screen.

“Most people sign up online, and I send them information in the mail and set a time to meet up,” Delphin explained. “The form asks about their age, education, some interests, politics, religion, marital status, kids, and some of the same things about who they’re looking for — what interests them, what’s important to them.

“I tell everyone they shouldn’t take more than a couple of minutes online filling this out because, when we meet, we redo it,” she went on. “I get to know them and their story. When we meet, we go over their past, what worked and what didn’t work, what kind of person they’re looking for. I give them a lot of advice I’ve learned over the years that I believe makes for a healthy relationship. A lot of people have told me, even if they didn’t find anybody, the advice I gave them set them off in the right direction, and that was worth the price alone.”

When Delphin makes a match, both parties receive an e-mail with contact information. If neither is interested enough to reach out, that’s fine. But if one party responds, she requires the other to write back, if only to politely decline, because that’s simply a civil way of interacting.

“They don’t have to meet, but they do have to answer politely,” she said. “The Internet is full of rude behavior. Some people think saying nothing is better than saying ‘I’m not interested,’ but I don’t agree with that.”

Clients appreciate the fact that Delphin’s personal involvement screens out much of the outright deception prevalent on dating websites, and they’re often willing to take a chance on someone they might not have considered based on a questionnaire alone. “Sometimes I think outside the box because I think two people are a good match.”

Members range in age from their 20s to their 80s and represent all religions, political persuasions, and sexual orientations, she added. “One thing they all have in common is they are serious about meeting someone, but they don’t want to meet someone at a bar. Some don’t want marriage, but they’re looking for a long-term relationship.”

Once the matches start flowing, she considers herself an on-call relationship coach. “To me, giving personal service is key. I’ve been at an opera, on vacation, at a movie theater, watching TV, and I have answered people.”

The advice begins on that first meeting, when Delphin shares some of her personal philosophy about relationships.

“I tell everyone to slow down and date,” she said, putting an emphasis on that last word. “I’ve met thousands of people in 13 years, and the biggest mistake is rushing it. It takes a lot longer to get out of a relationship than get into one, and often people hunker down and stay with someone for the wrong reasons.”

In fact, she encourages people to give it three to five casual dates before getting serious, and even advises going on dates with other people during that time, believing that if a match has potential, it will survive a cautious approach.

Delphin repeats a mantra of four ‘Cs’ that she believes is the key to any relationship. The first is chemistry. “Nobody has to be reminded of that; it means you look forward to seeing them at the end of the day. They don’t bore you.”

The second is communication, which means being willing to address conflicts that arise. “Obviously, abuse isn’t good, but neither is avoiding conflict completely.”

She doesn’t, however, advise filling up the first dates with too much baggage. “The mistakes include sharing too much personal information; sounding negative, bitter, angry, or sad; or sounding too busy to date. I advise a Buddhist mindset of living in the present tense and getting to know people slowly.”

Of course, there is one flag to look for right from the first date. “Notice how they treat the waitstaff.”

Delphin is understandably proud of the hundreds of relationships — and marriages and children — that have grown from her initial match.

Still, she sees Mass Match as a way to not only bring people together, but to encourage their personal growth.

“One of the most gratifying things to me is the educational component — I have a master’s in education, after all,” she told BusinessWest. “Seeing people change their mind about something, or open their mind, is as gratifying as finding the right person. It’s when they figure out it’s not going to be how tall someone is, or how much they weigh, or how rich they are — it’s going to be who they are. It’s never going to be the objective things; age differential isn’t why things don’t work out for people.

“When people figure out it’s the subjective things, who that person is,” she added, “they start thinking outside their own box, that’s an amazing accomplishment.”

Valentine’s Day is coming up, which Delphin obviously sees as an opportunity for Mass Match, yet she encourages people not to put too much stock in the social expectations of one day on the calendar, and to keep their eyes on the long term.

“Those who are single need to remember that, for the first time in history, more than half the adult population is in the same boat they are. And many married folks are not in healthy relationships, so it is best not to romanticize or sentimentalize anyone else’s situation,” she noted. “It would be a big mistake to rush into something just so you can receive candy and flowers, only to pay a huge price for them down the road.”

Instead, she stresses that being single is a valid choice, too, and Valentine’s Day shouldn’t put any extra pressure on.

“I would advise people who just started dating to make light of the whole notion of Valentine’s Day. We tend to couple off too fast anyway, long before we have time to see if the person we are with really makes sense for us,” she reiterated. “If everyone is putting their best foot forward — because, as Cupid knows, positive energy attracts — then by going slowly and meeting and dating different people, we can use our heads and figure out which of their little quirks we learn about down the road are cute, which are merely annoying, and which are downright unacceptable. Over time, we will figure out who makes the most sense for us.”

Knowing that half the adult population is single, however, doesn’t make it easier for people who long for love. And Delphin is ready to sit down with them and talk all about it.

“There are no good ways for anybody to meet, so they’re stuck,” she said. “And they’re tired of Internet dating; they often tell me it’s like looking for a needle in a haystack, trying to figure out who’s real and who isn’t. They tell me they’re done wasting their time.” 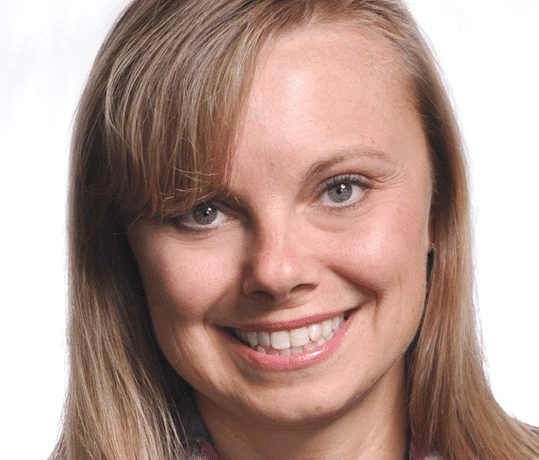 It’s Time to Get the Message