Demand Is Heating Up 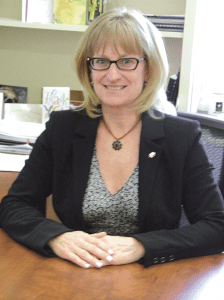 The job market and economic climate have changed dramatically in recent years, and so have the needs of college and university students, who are signing up for summer courses in record numbers.

Many want to reduce the time it takes to earn a degree, take the prerequisites needed to enter a program, improve a grade, and/or lighten their course loads for the fall semester by taking challenging classes during the summer.

So, in response to a continually growing demand, college and university officials have continued to expand their summer offerings; create new, accelerated, year-round programs; and add experimental summer courses in hopes of attracting new students.

“Years ago, students attended classes during the fall and spring and took the summer off. But it’s very different now,” said Walter Breau, vice president of Academic Affairs at Elms College in Chicopee. “We have really become a 12-month institution. Students are looking to finish their schooling quickly, so colleges have had to respond.”

Bill McClure agrees. “The concept of taking courses in the summer is not new, but what has changed is the programs that are offered. Summer is our largest term,” said the executive director of Continuing and Professional Education at UMass Amherst and former president of the North American Assoc. of Summer Sessions, which includes 250 colleges and universities.

“We have a very strong summer program,” he went on. “Last year our Division of Continuing and Professional Education offered 1,323 courses, and 525 of those were held during the summer.”

Community colleges have also seen a brisk increase in summer enrollment. “We have a very robust summer program. Almost everything that is offered in the fall and spring is also offered in the summer, but with fewer sections, or classes,” said Debbie Bellucci, dean of Continuing Education and Online Learning at Springfield Technical Community College. “We try to add a few new courses every summer, whether they are online or totally new topics, and this summer we have instituted a format change. In the past, we ran two five-week sessions, but this summer we have some 10-week, on-site courses for students who don’t want the intensity of a five-week term.”

Similar measures are being introduced at other institutions and include an increase in online courses, which allow working students to stay on track.

“Our offerings have grown significantly over the last five years,” said Pam Robinson, associate dean of Adult and Continuing Education at American International College. “More and more students have to stretch out their studies because they have so many other responsibilities, and our experience with adult learners has helped us to design offerings for all of our students. Even traditional students today are working and often need to rely on summer classes to stay on track.”

Officials say summer courses offer other benefits as well, which include smaller classes and an increased opportunity to interact with faculty members.

“But summer school isn’t for everyone. It’s very intense,” Bellucci said. “Plus, some students need to work full-time or want to take the semester off.”

STCC will offer a number of new free classes this summer. Its so-called Jump Start program includes three pre-college-level classes — Algebra I, Algebra II, and Review for College Writing. The courses are open to students slated to start college in the fall, but who need remedial coursework, which is determined by placement testing. “We’re hoping the free courses will give them a jump start,” Bellucci said.

STCC also created a new STEM (Science, Technology, Engineering and Math) Academy with three classes for Massachusetts high-school graduates who earned their diplomas between 2012 and 2014 and had a point average of 2.0 or higher. “We have room for 60 students who will each receive a $1,000 stipend as an incentive to participate and complete the courses,” said Bellucci. “We hope the students will develop an interest in pursuing a degree in our STEM programs in the fall.”

She added that STCC offers close to 300 summer classes, including unique offerings, such as Organic Chemistry, which can be difficult to find in a summer syllabus. “We also offer Calculus I through 5, and find students take these classes so they can concentrate on that subject.” 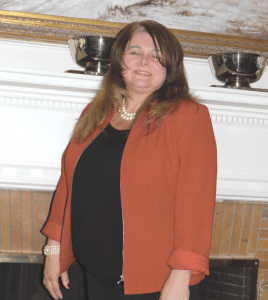 Accelerated programs that run year-round are also on the rise. At Elms College, they include the Second Bachelor’s Degree Program in the School of Nursing for students with an associate, baccalaureate, or higher degree in a non-nursing major.

The program begins in September of one year and finishes in May the following year. “Our second class will graduate May 17, the third cohort is working toward graduation, and a fourth group has been accepted for next year,” said Program Coordinator Brother Michael Duffy, adding that it was designed for people “whose career didn’t play out the way they had hoped or who are looking to make a significant career change, and want to parlay their experience and credits into a professional degree that makes them more marketable.”

The waiting list is longer than the acceptance list, and the next class will include a Harvard graduate. “The program has become very competitive; it’s intense, but the people in it are adult learners who don’t want to wait four years to get back into the work pool,” Duffy continued. “It fills a need and is a commitment on our part to prepare more nurses with a bachelor’s degree for bedside care.”

Elms also offers an accelerated bachelor’s degree-completion program in social work at several sites. The largest is held in the STCC Technology Park, a second program is based in the Berkshires, and a third will start this fall at Greenfield Community College.

“Classes are held on Saturdays for 20 months, and people find the program very accessible,” said Maureen O’Connor Holland, assistant professor and program director of the Social Work department. She told BusinessWest that Elms has formed partnerships with community colleges, and students start the Elms program as a junior after earning an associate’s degree in liberal arts or human service.

“It is booming, and is a way for the college to reach more deeply into the community,” she said. “We also have several other social-work degree programs, including a year-round weekend program on the main campus and a traditional program with an optional summer course for students who want to accelerate their education.”

Breau said the number of high-school graduates has declined since 2006, and the numbers are expected to decrease through 2020, due to the size of the population. “We’re a small, regional liberal-arts college, and since the traditional market of students is getting smaller, we had to look at other opportunities to serve students, including the adult market. And we’re not alone,” Breau told BusinessWest. “There are people looking to move up in their job who have an associate’s degree and need a bachelor’s degree or have a bachelor’s degree and need a master’s degree. And adult learners are passionate and motivated. They want to complete their schooling as quickly as possible.”

To that end, Elms also offers a year-round RN to BS to MSN Nursing Completion program, which allows students to complete graduate-level nursing courses while enrolled in the RN to BS program, and a year-round master’s in Business Administration degree program, as well as summer courses for students in more traditional programs.

“People can earn a bachelor of arts in social science or in general business through a combination of online and Saturday classes in 20 months,” Robinson said. “We have a lot of adult students who are reinventing themselves, starting new career fields, and returning to school as a result. But traditional students also take these courses.”

Bay Path College in Longmeadow also offers several accelerated programs, including more than a dozen degrees through its American Women’s College, in which all courses are taken online with a few Saturday classes.

Bay Path had stopped offering summer courses to traditional students for many years, but revived the programming last year due to demand. In addition to college students, Snyder said, the classes are popular with high-school students who want to enhance their college applications. 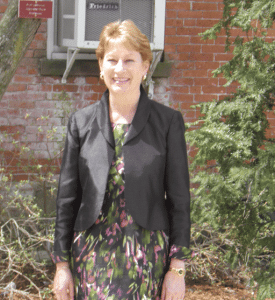 “It also provides students who have already been admitted an opportunity to get a jump start on coursework so they have a reduced load their first semester or are able to take a double major without becoming overwhelmed,” she explained.

Seventeen of Bay Path’s summer courses are held on campus, and 32 are online. “Science and math are the most sought-after classes,” said Snyder. “They’re called gatekeeper courses because of their difficulty. But if they are taken in the summer, students can focus entirely on them.”

“They’re especially popular, not only for our own students, but for high-school students and others going into health fields who need to take prerequisites,” she said, adding that other offerings include courses in general education, such as history, sociology, and foreign languages. “The average summer student takes two courses per semester, so they can earn 12 credits, which is essentially a college semester.”

She reiterated that a growing number of traditional students work while they are in college. “So they often rely on summer classes to stay on track,” she explained. “But others take summer courses for a variety of reasons. Some want to fulfill general requirements, some want to repeat a class they didn’t do well in, and others need prerequisites for graduate schools. There are also students who want to take a double major or add one, and are trying to earn credits during the summer that will give them more opportunities. Every year I try to add two or three new offerings to see if the interest is there.”

This year, new online summer classes at AIC include Crime and Delinquency and Philosophy Through Literature, while History of American Musical Film will be offered on campus.

UMass Amherst offers two six-week terms during the summer. “We experimented with a three-week term, but it didn’t work well,” McClure said, adding that a growing number of students are opting to take classes online. “It’s been a trend which continues across the board for undergraduate and graduate students.”

The university also has a full course catalog that includes eight-week music camps, sports camps, science programs, and a French program. “Some are aimed at high-school students, and some are college-level courses,” McClure said.

Meanwhile, Bay Path added two online cybersecurity classes this summer in advance of its new undergraduate program in cybersecurity, which will begin this fall.

As the cost of education continues to rise, Robinson said, more students will have to work while attending school, which means they will take fewer courses during the academic year and make up the difference during winter and summer intercession periods.

“These classes provide a great alternative for many people,” she concluded.

McClure agreed, and said UMass has become a four-season school, offering classes during winter breaks and in the summer through its division of continuing education.

And as student demographics change and the need for adult education expands, the demand for summer courses is almost guaranteed to heat up even more. 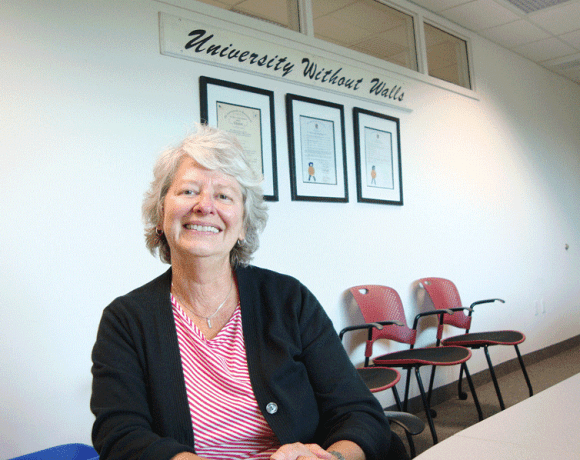