Little Change in the Forecast

For the past several years now, that’s essentially what most economists have been saying when asked about what to expect next year. 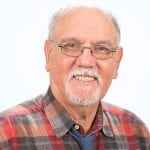 And by ‘more of the same,’ they generally meant steady but decidedly unremarkable growth, which is what the nation, this state, and this region have been enjoying — and that’s the right word for it, because it certainly beats the alternative — for the past half-decade or so.

But over the past 18 to 24 months, ‘more of the same’ has come to mean some other things. These include speculation about a recession and even hard predictions that one is right around the proverbial corner; turmoil, especially in the form of a trade war with varying degrees of escalation; and a historically low unemployment rate that is a positive economic sign, obviously, but also a serious challenge to employers in every sector.

And as a new year and a new decade begins, we’re probably looking at … more of the same, as in all of the above, from the slow growth to the recession speculation to the employment challenges.

“Nationally, gross domestic product grows through a combination of an increase in the labor force and increased productivity, and both of those are really in a slump right now,” said Bob Nakosteen, a professor of Economics at Isenberg School of Management at UMass Amherst, while summing things up. “Productivity is in a long-running slump, and our labor force is growing much less quickly. So although there isn’t any obvious risk of a recession, there is an obvious risk of a real stagnation.”

Of course, 2020 is also a presidential election year, which adds yet another intriguing element to the equation, said Nakosteen, adding that, traditionally, election years, especially those featuring presidents seeking re-election, feature policies designed to provide an additional economic jolt or stimulus.

But this year, there’s really not much that can be done, he went on, adding that another tax cut is unlikely, and interest rates are already at near-historic lows, so they really can’t be lowered any further.

“Generally, those in power during election years try to pass legislation or encourage monetary policy that will trigger more growth,” he explained. “I don’t know how much room there is for that currently, especially with these big tax cuts that have ballooned the deficit, and especially with a split Legislature. They’ve completely hamstrung themselves in terms of fiscal policy — spending and taxes, and what can they do with monetary policy; interest rates are edging slowly back down, but there’s not much room to back down. And it’s completely obvious that interest rates just don’t have the effect that they used to on the economy.”

As for the proverbial big picture, 2019 was supposed to the year the expansion, one of the longest in the country’s history, ended, at least in the minds of many economists, who have since amended their speculation and instead projected a recession for some time this year. And a good deal of this conjecture is focused on the dreaded yield curve, which has been a deadly accurate predictor of recession for decades now.

This strikingly accurate track record has prompted many economists to say it’s not a question of if there will be slowdown and then recession, but when.

But Nakosteen said that, despite an inverted yield curve, talk of an imminent recession has diminished, largely because most of the other indicators are generally less forbidding.

“There was a real consensus that there was real risk of a recession coming,” he told BusinessWest, emphasizing ‘was.’ “But that discussion has abated; you’re not hearing those comments anymore. Now, there’s consensus that there’s nothing on the horizon that’s especially risky. There are negative things going on, especially the trade war, and there are parts of our economy that are not doing well, such as manufacturing and agriculture. But overall, there’s not much to indicate that we’re destined for a recession.”

That said, the risk of stagnation — defined as a prolonged period of slow economic growth, usually accompanied by high unemployment, as was seen in the early ’90s during the so-called ‘jobless recovery’ — is very real. And the ongoing struggle to find and retain talent will be the main reason why.

“Finally, the labor-force constraint, the fact that the labor force is growing very, very slowly, has become binding,” he explained. “We’ve been talking about this for years now — we knew it was coming, we just didn’t know when it would hit. And there’s a good chance that it finally has hit.

“Employers just can’t find workforce to fill jobs, and you can’t make more if you don’t have people to make more,” he went on, adding that this workforce crunch is impacting the Bay State perhaps even more than the country in general.

Indeed, Nakosteen believes that low unemployment — actually, what amounts to full employment — is likely the primary reason why the Commonwealth has been consistently lagging behind a national economy that is growing at a rate of maybe 2%.

“We have an industry mix of healthcare, high-tech, and education that should make us a fast-growing state, but we’re not; we’re growing more slowly,” he noted. “And I really think that’s because employers just can’t find workers.”

He said evidence of this can be found within statistics on commuting trends, with the Bay State drawing steadily larger numbers of workers from neighboring states, especially Rhode Island and New Hampshire.

“The downside of growth is always on the supply side, and I consider supply to be supply of labor, which is now confronting the state and especially Boston,” he said, adding that there are a number of factors, from the high cost of living to horrendous commutes, that are now limiting the workforce that can help companies in and around Boston grow.

High-speed rail linking east and west might provide some relief, he admitted, but that solution is likely years away if it happens at all.

As for the stock market, when asked to explain why the markets soared nearly 30% this year despite turmoil and talk of inverted yield curves and recession, he said simply, “I can’t.”

He did offer this, though. “I think you have to look at behavioral economics and behavioral finance rather than analytical economics and analytical finance to explain this. It’s a behavioral thing. [Yale economist] Robert Shiller noted that a narrative starts to dominate, and people start to believe it — everyone says the stock market’s great, and that’s kind of self-fulfilling.”

As for 2020, again, Nakosteen is predicting something he’s been forecasting for the better part of a decade now, even though the term hasn’t always meant exactly the same thing: more of the same. 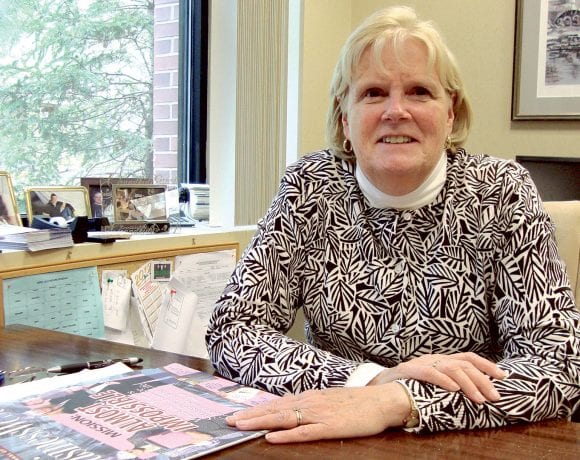 With Talent Scarce, Many Employers Are Laboring to Fill Positions