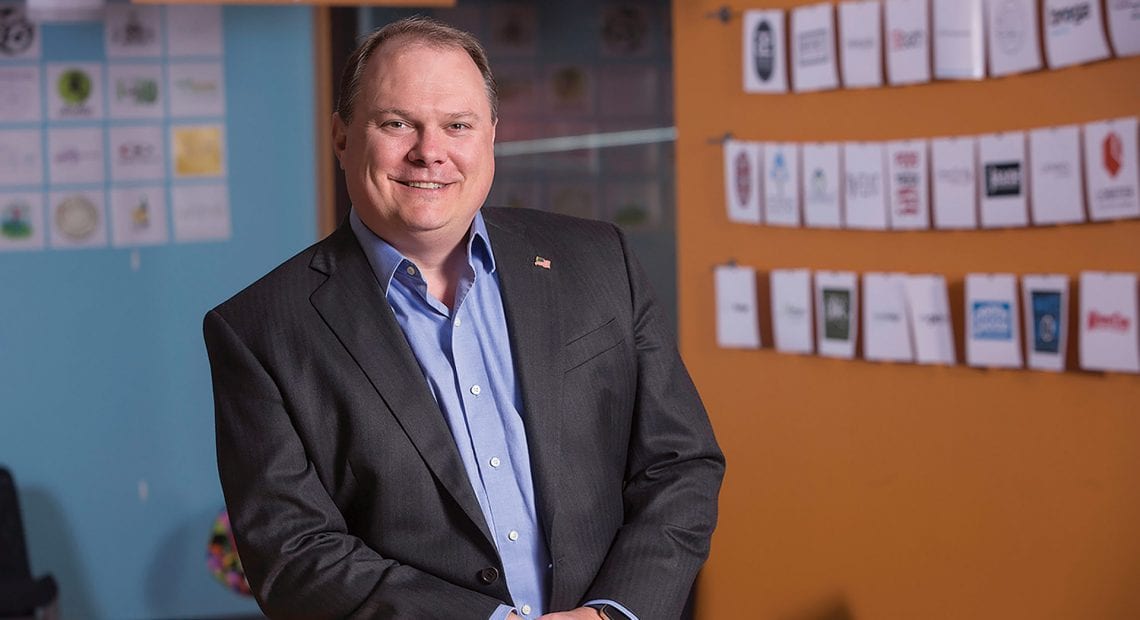 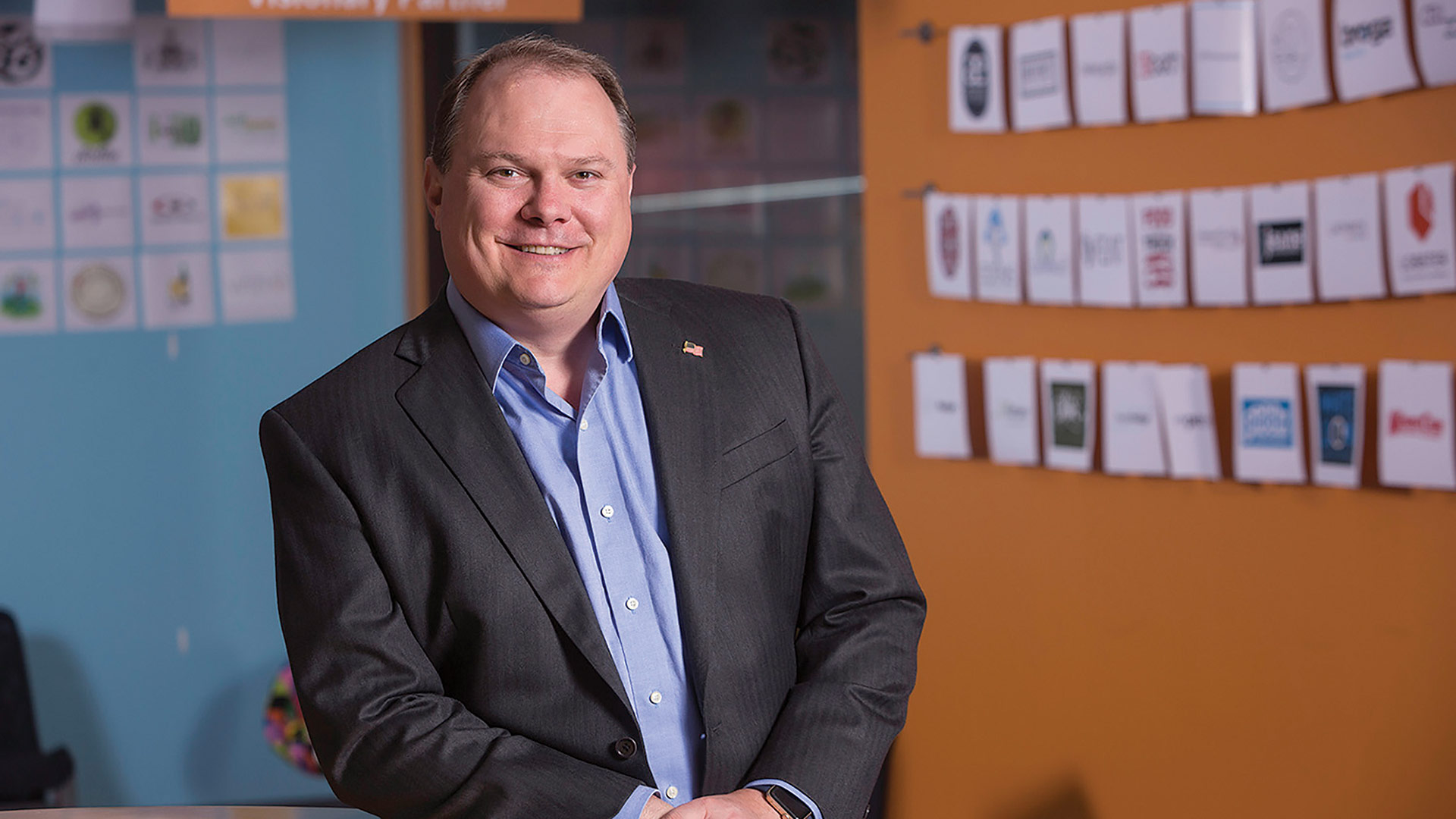 The cannabis industry is in full swing in Massachusetts, with about three dozen dispensaries currently selling products for recreational and medicinal use — about a third of them in Western Mass. — not to mention cultivators, product developers, and a host of other related enterprises.

With 17% of cannabis sales going back to the state as taxes, and communities collecting at least 3% more — usually higher — it’s easy to recognize the financial impact.

But Scott Foster says said it’s important to remember the jobs being generated.

“You can get good employment in this field. A shop might have 20-plus employees working there,” said Foster, a partner at Bulkley Richardson, the Springfield-based law firm that launched a specialty cannabis practice last year to provide guidance for individuals, companies, and municipalities entering this very young industry. “These aren’t small businesses in the sense of 200 or 300 employees, but it’s not just four or five people working, either. It’s a pretty steady base of employment.”

And it adds up, said Jeff Hayden, vice president of Business and Community Services at Holyoke Community College (HCC), which recently launched a Cannabis Education Center to provide needed training and resources for people who want to enter this burgeoning industry.

“In Holyoke, 13 companies have applied for 21 different licenses,” Hayden told BusinessWest. “At present, 50 to 75 people are employed in cannabis-related businesses in Holyoke, but the anticipation is, within a year or two, that will be in the range of 400 to 500 people. It’s potentially a significant occupational opportunity for people. And if Holyoke is looking at 400 to 500, what is Springfield looking at? What about Northampton, Easthampton, Chicopee?”

This career potential is what inspired HCC to partner with the Worcester-based Cannabis Community Care and Research Network (C3RN) on the Cannabis Education Center.

“In Holyoke, 13 companies have applied for 21 different licenses. At present, 50 to 75 people are employed in cannabis-related businesses in Holyoke, but the anticipation is, within a year or two, that will be in the range of 400 to 500 people.”

“At HCC, we focus on what kinds of job skills people need in order to get jobs, whether entry-level or skills to do their job better. The fact that there is so much potential in this new industry in Massachusetts piqued my interest.”

No economic outlook is complete without touching on the early expansion of the cannabis industry in Massachusetts — and its immense promise for further growth, especially as dozens more shops plan to open their doors in 2020. Whether they’ll be able to maintain the sector’s early momentum remains to be seen — but most analysts agree the potential is certainly there.

Foster recently came across an article that listed cannabis among the top four new legal practice areas, among heavyweights like cybersecurity.

“It’s interesting that cannabis has become a front-and-center legal issue across all the U.S., not just Massachusetts,” he said. “It’s becoming more recognized as a legitimate industry. Even though federal law hasn’t changed, it seems to be moving in that direction.”

Indeed, with Illinois joining the list this month, 11 states have now legalized recreational marijuana, and 19 others allow medicinal marijuana. With others set to follow this year, it’s not hard to imagine an eventual shift at the federal level, even if that doesn’t appear imminent.

As one step in that direction, the U.S. House of Representatives passed a bill in 2019 allowing banks to handle marijuana accounts; currently, most cannabis businesses are all-cash enterprises since they can’t use banks.

“Will banks ever start lending to the industry?” Foster asked. “I think yes, but most people in the industry think it probably won’t be in 2020. Maybe, but probably not. They’re expecting it to stall in the Senate, and Washington is occupied at the moment with lots of other stuff.”

For now, communities that have embraced this new world — like Holyoke, which is starting to fill its former mills along the canals with a mix of cannabis-related businesses — appreciate the additional tax revenue and retail traffic in town, but also, as Hayden notes, those jobs.

“Will cannabis provide thousands of jobs, like the state has predicted? Who knows, but 300, 400, 500 new jobs is significant,” he said. “More than 90% of the businesses in the Valley are small businesses — not by the definition of the Small Business Association, with 500 employees or fewer, but with 50 or fewer.”

Collectively, that’s a lot of positions to fill, especially as more of those small businesses come online.

“This is like any other business in the sense that they need people ready to work and have some skills to do the jobs they want to hire for,” Hayden said. “The more we can work as a community college on skills training that gets people ready for work, the better.”

In many cases, shops are hiring people who may face skill barriers to other types of employment; it’s a relatively even playing field in that, because the industry is so new, almost everyone needs training. HCC’s Cannabis Education Center is doing its part, both through courses and one-day programs like an upcoming workshop series on planning and starting a cannabis business, as well as getting into medical marijuana.

“Our goal is to get people into jobs, but in the context of a career,” Hayden said. “A job is a great thing, but if it’s just a 15- or 20-hour job, that’s not going to support you or your family for long. We want to get people on a career pathway through skills training.”

For example, he went on, “in cultivation, someone might come in trimming plants, working with growers, learning what the process is, and might become a cultivation technician, an assistant grower, even a master grower. There are definitely steps along the way to get not just a job, but a career in cannabis.”

Foster said he doesn’t have a crystal ball when it comes to the cannabis industry, but he does have his eye on some intriguing trends.

“We’re already seeing consolidation. Many of our clients are receiving unsolicited offers to buy them out. They’re not actively soliciting offers; people are contacting them. It’s mostly out-of-state money — and it’s not small money. That will be interesting to see, if the industry changes from being completely locally owned to being owned by out-of-state players, creating national cannabis businesses.”

Another murky area right now is the effectiveness of the state’s social-equity piece, which aims to provide priority access, training, and technical assistance to individuals and communities negatively affected by the drug war — a key target audience for HCC’s training efforts. “That’s another big unknown which may get some clarity in 2020,” Foster said.

What is clear is that the market, as it stands now, is humming along — and creating those jobs.

“All the folks I’m seeing are still trying to keep up with customer demand. At least from what I’m hearing, competition hasn’t slowed business. Will that change if New York and Connecticut were to legalize? Possibly,” he noted, citing casinos as a case study; there’s no doubt Foxwoods and Mohegan Sun have lost some business to their northern neighbor since the Bay State got into that business. “But for the moment, Massachusetts is the only game in town when it comes to cannabis.”

It’s a game with lofty goals and an uncertain — but undoubtedly promising — future.

“It’s a maturing industry,” Foster said. “So it’s going to have maturing-industry challenges.”