David Nixon says Hadley’s low tax rate, access to transportation, and mix of agriculture and commerce are among its selling points.

What a difference 300 feet makes.

“I often talk about the different views from Route 9 and the bike path,” Hadley Town Administrator David Nixon said, referring to the trail that parallels the heavily trafficked Russell Street a football field’s length away. “One is a very commercial, mercantile view, and one is a very pastoral view. And they’re right next to each other. That really makes Hadley very special — commercial, residential, and agricultural, we have it all here.”

Indeed, many out-of-towners driving along Russell Street during the day might not realize that only 5,000-plus residents call Hadley home. “That number is accurate between 12 a.m. and 5 a.m. Otherwise, it’s between 20,000 and 60,000,” Nixon said, with visitors crowding into five major shopping areas along Route 9, as well as a few facilities on the UMass Amherst campus, including McGuirk Stadium and the Mullins Center, that are actually on Hadley property.

“We have to provide services for all those residents and visitors,” he went on. “But it’s great that we get all that commercial activity. People go to a game and eat at our restaurants, which are selling something like $3 million worth of product every single month.”

The eclectic mix of eateries continues to evolve, from the Texas Roadhouse location that’s still drawing large crowds two years after its opening to its new — and very different — neighbor, Pulse, a vegan restaurant that opened a month ago where Seven Sisters Bistro and a bison farm once stood.

Other developments speak to a healthy economic landscape in Hadley. A long-planned Pride station, featuring a 6,000-square-foot convenience store, will open next spring at the foot of the Calvin Coolidge Bridge that connects the town to Northampton. 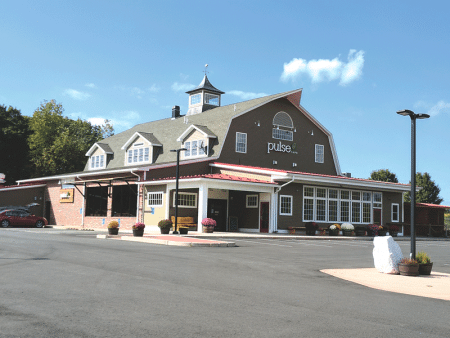 Pulse, a vegan restaurant that opened a month ago

“They’re in the process of completing the site work now,” Nixon said, noting that Pride has also applied for a liquor license, which would make it the only gas station in town selling alcohol. “For a long time, that was a derelict set of properties — an old hotel, the old Aqua Vitae restaurant, and some residences there that had fallen into disrepair. The site was overgrown with weeds and trees, vines, and creepers.”

Meanwhile, on the heels of Autobahn Indoor Speedway opening at Hampshire Mall last fall, that complex continues to court further entertainment options. On the distinctly non-entertaining side, MedExpress just opened up an urgent-care center at a former Pizza Hut restaurant that had become a derelict property.

“It serves a need for medical treatment on this side of the river,” Nixon said. “We have Cooley Dickinson on the west side, but you have to go through some congested traffic to get there, so we’re very excited about this opportunity for people to get walk-in treatment without having to deal with as much traffic.”

Hadley at a glance:

That traffic has a silver lining, of course — it means Hadley’s business culture, concentrated almost totally along Route 9, continues to drive the town’s economy. But that’s far from the whole picture, as a short walk to the bike path — and beyond — clearly shows.

Meanwhile, on the hospitality front, the city is working with Pioneer Valley Hospitality Group to develop a 96-suite hotel on the Home Depot site on Route 9.

“It’s going to fill a nice niche here in the Valley in that the rooms are suites with kitchenettes,” he explained. “People who are staying here longer than a typical hotel stay — like visiting professors and people in the consulting world — can have something more comfortable than just a hotel room they can call their home base while here.”

He understands the importance of the Five Colleges — UMass, Smith, Amherst, Hampshire, and Mount Holyoke — and their tens of thousands of students to the Hadley business community, but says the town is central to far more than those. “I often talk about us being part of a 30-campus community,” he explained, based on how many colleges are within an hour’s drive of Hadley.

Despite its draws, however, Hadley does face some development challenges, including the Berkshire Gas moratorium, dating from 2015, on new or expanded service in Hampshire and Franklin counties due to a lack of pipeline capacity.

“The gas moratorium remains a challenge,” Nixon said. “We submitted testimony last summer to the Mass. Department of Public Utilities in order to see if we can get some sort of relief … but, basically, nothing has changed, so we’re still looking for some short-term solutions to bridge us from where we are to when gas is flowing again — just exploring what we can do to help the business community.”

Many businesses have been able to convert to propane in the meantime, he added. “It’s not ideal, but it’ll do.”

On the other hand, Hadley is now able to offer tax-increment financing for development projects. “This is a program I successfully used in Deerfield as town administrator to promote growth in both agricultural and commercial businesses,” Nixon noted. “When I came to Hadley a dozen years ago, I wanted to offer some kind of program, but wasn’t able to because of legislative issues. Those have changed, and this is now an economic-incentive tool we can employ to develop small to medium-sized businesses in the town of Hadley.”

Meanwhile, the city continues to invest in municipal facilities and roadway infrastructure. The former includes new roofs on Town Hall, the Department of Public Works, and the public-safety complex, while the latter includes significant projects like bridge repair on Bay Road and the replacement of a century-old water line on Route 9, a project conducted in tandem with the Massachusetts Department of Transportation — which was already conducting a road-widening project on the well-traveled thoroughfare — to save on costs.

The town has also made strides with new solar and other sustainable-energy projects. “We found out just the other day that Hadley produces more renewable energy than any other town in Hampshire County,” Nixon said. “We do a very good job of producing renewable energy for the Valley.”

Experts in Their Fields

That ‘green’ priority is fitting for a town that is far more dominated by its farmland, at least in terms of sheer area, than it is by Route 9. Two years ago, the town implemented a Farmland Preservation Agreement, and has worked to transfer property-development rights to preserve farmland that is put up for sale.

On the quality-of-life front, the town has earmarked $5.3 million for a new senior center, and voters will have the opportunity in November to vote on $1.8 million in additional funding to complete that project. Residents will also vote on $3.8 million toward the construction of a new library, after the town received a $3.9 million grant from the Massachusetts Board of Library Commissioners for that project.

Those projects, if approved, will be just two more amenities in a town that boasts plenty of reasons to live and work there, Nixon said.

“This is a place that’s easy to access by multiple forms of transportation, rail and road and airports. It has a low tax rate — in the lowest 25% in the Commonwealth. We have a highly educated workforce and access to resources produced by the colleges and universities. We have clean air and water, and a well-maintained town with an AA+ bond rating from Standard & Poors. It’s a business-friendly environment with interesting spaces for families to grow together.” 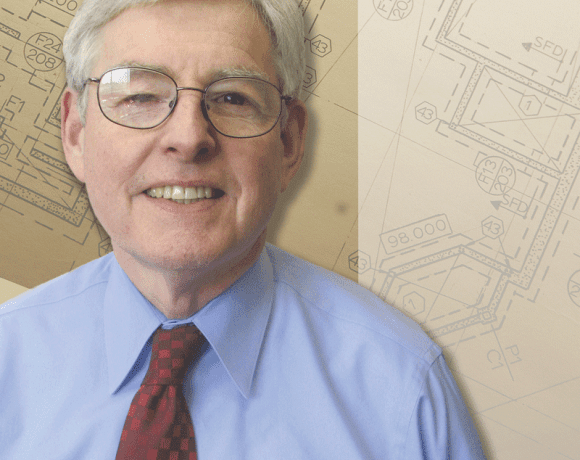