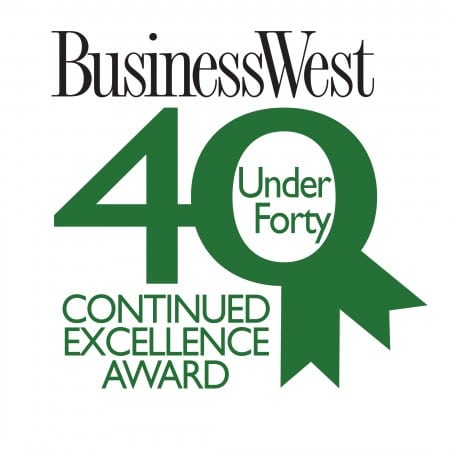 When gathering her thoughts on this year’s six nominees for the Continued Excellence Award, Susan Jaye-Kaplan summoned none other than Dr. Martin Luther King Jr.

“I believe Dr. King once said, ‘we’ll judge people based on what they do, rather than what they look like,’” said Jaye-Kaplan, co-founder and president of Link to Libraries and one of three judges for BusinessWest’s third annual award program honoring extremely high achievers in the region. “The talent, commitment, and caring of all the nominees makes one proud to be in this community, where, for many of our citizens, giving is a moral responsibility.”

BusinessWest launched the Continued Excellence Award in 2015 to recognize past 40 Under Forty honorees who have built on the business success and civic commitment that initially earned them that honor. The first two winners of the award were Delcie Bean, president of Paragus Strategic IT, and Dr. Jonathan Bayuk, president of Allergy and Immunology Associates of Western Mass. and chief of Allergy and Immunology at Baystate Medical Center. Both had been named to the 40 Under Forty class of 2008.

The winner of the third annual award will be announced at this year’s 40 Under Forty gala, slated for June 22 at the Log Cabin Banquet & Meeting House in Holyoke.

Today, Fenton is City Council president and an associate at Shatz, Schwartz & Fentin, P.C., practicing in the areas of business planning, commercial real estate, estate planning, and elder law. He received an ‘Excellence in the Law’ honor from Massachusetts Lawyers Weekly and was named a Super Lawyers Rising Star in 2014. Meanwhile, in the community, he is a founding member of Suit Up Springfield, director and clerk at Save Cathedral High School Inc., a corporator with Mason Wright Foundation, a volunteer teacher at Junior Achievement, a member of the East Springfield and Hungry Hill neighborhood councils, and an advisory board member at Roca Inc., which helps high-risk young people transform their lives. 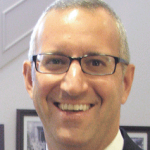 A member of the 40 Under Forty Class of 2008, Fialky was recognized an an associate attorney at Bacon Wilson in Springfield and for his volunteer work with numerous area organizations. He has since added a number of lines to that résumé. For starters, in 2012, he was named a partner at Bacon Wilson, and is active in leadership capacities with the firm. But he has also become a leader within the Greater Springfield business community.

Former president of the Young Professional Society of Greater Springfield, Fialky currently serves as chair of the Springfield Chamber of Commerce, and is also on the board of trustees of the Springfield Museums, where he chairs the membership and development committee and is the incoming vice treasurer. He has also served on boards and committees such as the Jewish Federation of Pioneer Valley, Leadership Pioneer Valley, DiverseCity OnBoard, the YMCA, and the Pioneer Valley chapter of the American Red Cross. 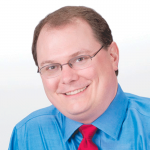 In 2011, Foster, an attorney with Bulkley, Richardson and Gelinas, was honored as a 40 Under Forty member not only for his work with that firm, where he specializes in general corporate, business, and finance matters, but for his chairmanship of the Forest Park Zoological Society, his work with the Family Business Center at UMass Amherst and the university’s Entrepreneurship Initiative, and his then-recent efforts to co-found Valley Venture Mentors (VVM), a nonprofit organization that connects talented Pioneer Valley entrepreneurs with mentors in the business community.

While his leadership roles at work and on civic boards have expanded in the past six years, Foster’s most significant achievement since then may be the growth of VVM from an all-volunteer organization to a nationally recognized entrepreneurship engine with an annual budget of $1.2 million, six full-time employees, and a track record of helping seed the Pioneer Valley with a culture of successful startups. He spends hundreds of hours each year improving the environment for entrepreneurs, who in turn are helping to lift an entire region. 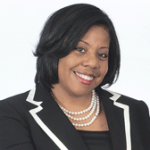 Griffin spent 12 years in the insurance industry before launching her own business, Griffin Staffing Network, in 2010. Her work there, helping teens and adults acquire job-related skills and find temporary and permanent employment, earned her 40 Under Forty recognition in 2014, as did her generosity with her time and resources, from founding Springfield Mustard Seed, in response to clients who wanted to become entrepreneurs, to her involvement with a host of community-focused organizations.

Over the past year, Griffin has mentored young mothers through the Square One mentorship program and the New England Farm Workers Council’s teen-mom program, as well as leveraging the skills of her staff to provide recruiting opportunities and career guidance to current and graduating students at area colleges and universities. She was also recognized with the Community Builder Award from the Urban League for helping meet employment needs in Springfield. Meanwhile, she has ramped up her mentorship efforts for young entrepreneurs, chaired a Women’s Leadership Council event that raised $15,000, and lent her support to events benefiting Revitalize CDC. 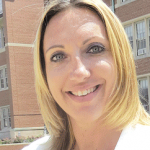 When she was named to the 40 Under Forty class of 2010, Huston Garcia was vice president of operations for Junior Achievement (JA) of Western Mass. Meanwhile, she was active in myriad community organizations, including various chambers of commerce, the Young Professional Society of Greater Springfield, and various boards at Elms College and Springfield High School of Science and Technology.

In 2011, she left her position with JA — but still plays numerous roles in the organization — and became a full-time professor at Elms, where her passion for teaching young people about entrepreneurship and financial literacy remains strong. In addition to helping create the Elms MBA program (and serving as its interim director for a time), she developed a partnership between Elms and JA, recruiting more than 60 college students each year to teach JA programs. She also forged a classroom partnership between Elms and Putnam Vocational Technical Academy and is working on a program to help Putnam students earn college credits. She also introduced Elms accounting students to a national business-ethics debate competition, where they finished first in the region twice. 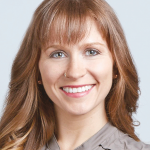 Since then, Rothschild has stayed busy, transitioning from a board seat with the Melanoma Foundation of New England to a job as marking and PR manager, where she’s the face of the organization’s “Your Skin Is In” campaign. She has testified in Boston and Washington, D.C. in support of laws restricting tanning beds. Meanwhile, she hosts a community talk show on 94.3 FM, and co-founded chikmedia, a marketing firm that specializes in nonprofits and fund-raisers — all while supporting a raft of area nonprofit organizations. Most recently, she joined the board of the Zoo at Forest Park, donating her time to its marketing and PR initiatives, and participated in events benefiting the Holyoke Children’s Museum, Junior Achievement, and a host of other groups. 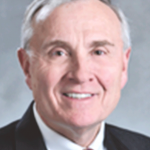 Dana Barrows began his association with Northwestern Mutual while a full-time law student at Western New England School of Law. He has used his law background to help clients address a wide range of personal, business, and estate-planning needs, often working closely with their other professional advisors. He has developed a financial-services practice in the areas of estate and business planning. He specializes in working with high-net-worth individuals and owners of closely held businesses in the areas of business continuity and estate planning. Barrows also serves on a variety of professional and community boards and is very active within the Northwestern Mutual’s Financial Representative Assoc. 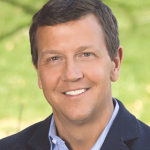 As president of Webber and Grinnell Insurance, Bill Grinnell oversees a company with 30 employees serving 5,000 clients. Currently vice president of the board of River Valley Investments, he has also served as board co-chair of the United Way Campaign from 2013 to 2015, Northampton Planning Board member from 2014 to 2016, trustee at the Academy at Charlemont from 2009 to 2012, board chair at Hampshire Regional YMCA from 2009 to 2010, vice president and board member at Riverside Industries, board member of the Employers Assoc. of the NorthEast, and board member of the Northampton Chamber of Commerce. His agency also supports countless nonprofits in the region. 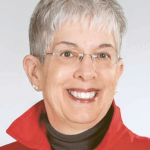 Susan Jaye-Kaplan is not just the co-founder of Link to Libraries — an organization whose mission is to collect and distribute books to public elementary schools and nonprofit organizations in Western Mass. and Connecticut — but also founded Go FIT Inc. and the Pioneer Valley Women’s Running Club. Her many accolades from regional and national organizations — far too many to list here — include being named a BusinessWest Difference Maker in 2009, the program’s inaugural year. She is a member of the Women’s Sports Foundation and a requested speaker at conferences and universities throughout the area. She works part-time as a consultant for the Donahue Institute at UMass Boston.

“It is inspiring to have had the privilege to read about the varied accomplishments of the nominees presented,” Jaye-Kaplan said regarding the judges’ challenge of considering dozens of Continued Excellence Award applications and trying to determine which to nominate this year — and, in the coming weeks, which to name the winner for 2017. “I can see these young people are  responsible to the communities in which they live and work, the environment, and to the bigger community as well. It is an honor to see this in our community.” 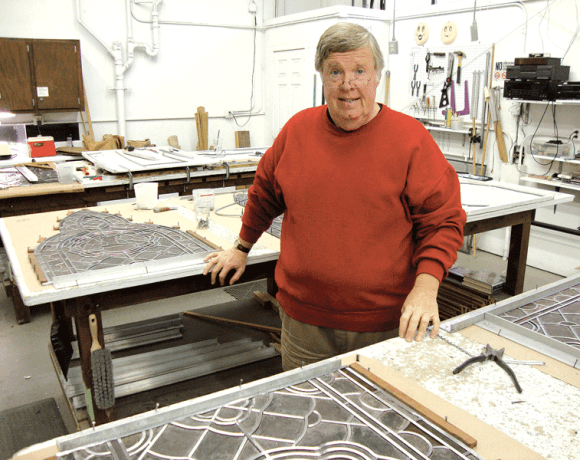