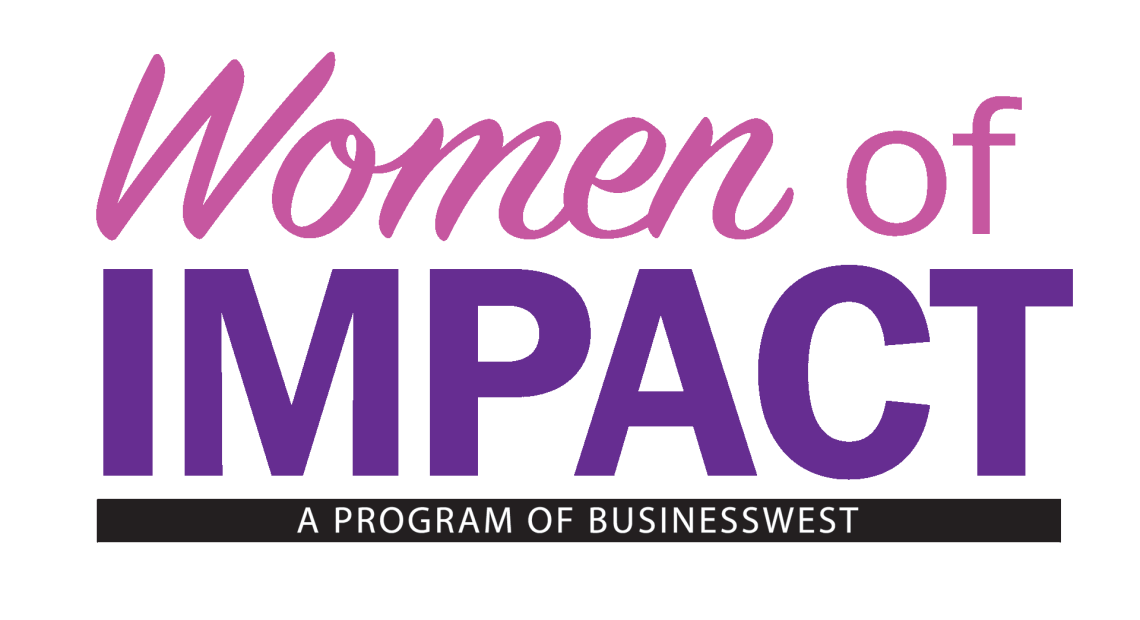 This Leader Helps Others Achieve a Sense of Belonging

Hilda Roqué was 14 when she and other members of her family arrived in Holyoke from her native Puerto Rico.

It was February, she recalled, noting that the extreme climate change from the tropical Caribbean provided a constant reminder that she was a long — as in long — way from home.

And, unfortunately, weather was far from the only such painful reminder. Language was a considerable barrier, she said, and there were myriad cultural differences as well. Overall, she did not feel included.

“I had no sense of belonging when I came here; when you come from a different country, it’s always difficult, especially when you’re trying to find your own identity,” she told BusinessWest, adding quickly that she worked hard to overcome what would be considered stern challenges to lead the Spanish newspaper at Holyoke High School and become the first recipient of its Latino Leadership honor, a poignant sign of what was come.

Indeed, fast-forwarding to today — we’ll go back and fill in some gaps later — Roqué has become a leader in this community on many levels.

She is the executive director of Nuestras Raíces, a Holyoke-based nonprofit with a broad mission that involves connecting people with the land through agriculture programs, empowering communities, and advocating for food justice.

While doing all that through a process of growth, evolution, and essentially breaking agriculture into two words — agri and culture — the team at Nuestras Raíces, and especially Roqué, have made it part of the mission to make sure that current and future generations of people coming to Holyoke from Puerto Rico and elsewhere don’t have to feel as far away from home as she did all those years ago.

“I had no sense of belonging when I came here; when you come from a different country, it’s always difficult, especially when you’re trying to find your own identity.”

Indeed, they strive to make them feel at home in as many ways as they can.

“It was always my dream to make it easier to transition,” she said. “I went through a lot of bullying and a lot of racism … there were so many barriers, including language, that I didn’t want people to feel like I felt when I came here.

“That’s why I fought so much, and why I’m still fighting, for that to happen,” she went on. “Equality — that’s something that this organization stands for. We are all worthy of eating healthy, we should all be eating healthy, there shouldn’t be so much discrimination when it comes to food; we all have the same rights. This is something that is also my passion; we should live in better places, and we should aim for the stars like everyone else.”

Roqué, who first came to Nuestras Raíces as a volunteer more than 30 years ago and took on several different roles before being named executive director in 2011, is a Woman of Impact for many reasons, starting with what she has done with this nonprofit.

Working with others, she has taken the mission in many different directions, from incubating new businesses to providing an education in financial literacy, to taking an annual harvest festival to new heights as a tradition and celebration of many different cultures.

For Roqué, this is not a job, but a passion, and she sees the agency’s programs as a powerful force for change and empowerment within the community.

“It’s very rewarding when you see that we’re trying to help the environment, that we’re providing socioeconomic opportunities for people in this community so they can live a dignified life, when we can actually have people in the community graduate from our programs and they become business owners,” she said, adding that, while she has seen a great deal of progress made, there is still much work to be done.

But she is also being honored for her mentoring of young people and especially girls, her commitment to improving quality of life for those she touches, and for her various efforts to make all those in Holyoke, but especially those who come from other countries, as she did, feel included, not excluded.

All this clearly explains why she is a Woman of Impact.

It’s a fitting name, and a play on words, obviously. Those two short words hit on both sides of the organization’s mission succinctly and effectively. The agency encourages people to put roots in the ground, both literally and figuratively, while connecting them with their roots.

The agency was born in 1992 by a group of community members in South Holyoke who had the goal, the dream, of developing a greenhouse in downtown Holyoke. The founding members were migrating farmers from Puerto Rico with a strong agricultural background who found themselves in a city with no opportunities to practice what they knew.

“I love teaching kids that there’s a future and that the future holds something good if you actually grasp opportunities and grow as a community.”

Eventually, these community leaders located an abandoned lot in South Holyoke, one full of trash, needles, and criminal activity, and came together to clean the lot, which would become the first community garden, sparking the growth of urban agriculture in Holyoke under the umbrella of Nuestras Raíces.

Today, the agency coordinates and maintains a network of 14 community gardens, including the gardens of the Holyoke Educational System and community partners, and also operates a 30-acre farm, called La Finca, that focuses on urban agriculture, economic development, and creating change in food systems.

Those gardens, and the farm, grow a wide range of crops native to Puerto to Rico, from several different types of peppers to lettuce; from garlic to peas. These are just some of the items made available at a mobile farmers market — a refurbished school bus — created as a grassroots response to address health issues and food access by providing access to produce grown at local farms in neighborhoods across the city, many of which would be considered food deserts.

“To see the foods that we used to grow in our backyards in Puerto Rico be actually grown here … there are no words to really explain the feeling that you get when you get reconnected to your roots,” Roqué told BusinessWest. “And that’s why I feel so passionate and I love this organization so much.”

She joined it as an office manager and developed into a program developer and program manager, and eventually worked her way up to executive director. It’s a broad role with a number of responsibilities, both within the offices on Main Street and across the community, that she summed up this way:

“I don’t sit behind my desk — I go out there,” she said. “I hear; I listen to people. Nuestras Raíces provides programming that is a response to the needs that we hear from constituents. We ask and respond in ways that reflect our mission, which is to connect the agriculture and the socioeconomics and the food-justice piece of it and tie it together in ways that bring opportunities to this community.”

Indeed, over the years, the mission at Nuestras Raíces has been broadened into the realms of education and economic development.

For example, the agency has created what it calls the Holyoke Food and Agriculture Innovation Center (HFAIC), which serves as a food hub for Holyoke in the form of a center of food production, innovation, and education. The agency boasts two industrial kitchens and leases those spaces to community food entrepreneurs.

It also hosts a seven-week educational program focused on providing financial and business-management assistance to community entrepreneurs based in Holyoke, Chicopee, Springfield, and other area communities. It offers bilingual lessons covering a wide range of topics including business and property insurance, permitting, bookkeeping, investing, marketing, business planning, and many others.

Beyond these offerings, Roqué and her team strive to help others understand the opportunities and open doors that are available to them through hard work, education, and perseverance.

“I love teaching kids that there’s a future and that the future holds something good if you actually grasp opportunities and grow as a community,” she explained. “If you hold each other’s hand — and that’s what we do here with our businesses and our program participants; we hold their hand — you can help them navigate their way and feel included.”

As the leader of Nuestras Raíces, as a leader in the community, and as a mentor to young people, Roqué says she tries to “teach by example,” as she put it, especially when it comes to treating all people with the respect and dignity they deserve.

“I don’t do unto others as was done unto me,” she said. “I see everyone, and when I see them, I don’t see color or race — I see people as human beings, and I try to instill that in the younger generations; I tell them to pass on the love, not the hate, and treat others the way you would like to be treated.

“I try to be an example to others, especially women, who feel that maybe they didn’t have value or are not being heard,” she went on. “That’s what I’m trying to do with my voice; I’m trying to be someone in this community who is respectable and who respects, and who likes to be heard.”

When asked to assess what has changed and improved since she arrived and the work still to be done, Roqué said there has been considerable progress, and she points to City Hall as just one example. There, Joshua Garcia, the city’s first Puerto Rican mayor, sits in the corner office.

“For a lot of years, Holyoke did not reflect the community that lives here,” she said. “Things have been getting progressively better, but there is still a lot more to do when it comes to navigating through systemic challenges. There’s still work to be done and a lot of effort needed to come together as one community.”

Roqué will certainly be putting in that effort.

As she has said, and others have said of her, the work she does at Nuestras Raíces is not really work. It is, indeed a passion.

Specifically, a passion to serve, to educate, to inspire, to create opportunities, and to change lives. She does all of that, and that’s why she’s always been a leader and a Woman of Impact. 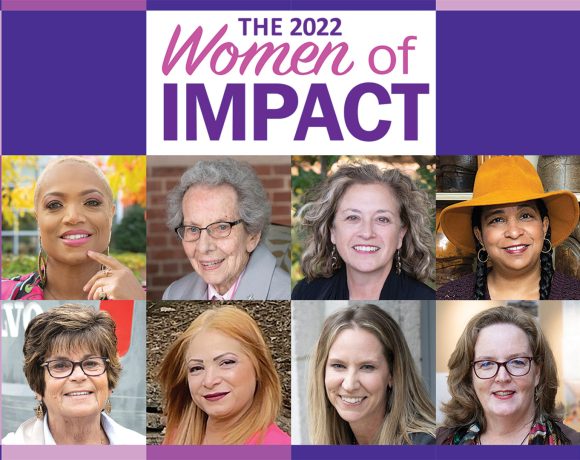 Announcing the 2022 Women of Impact