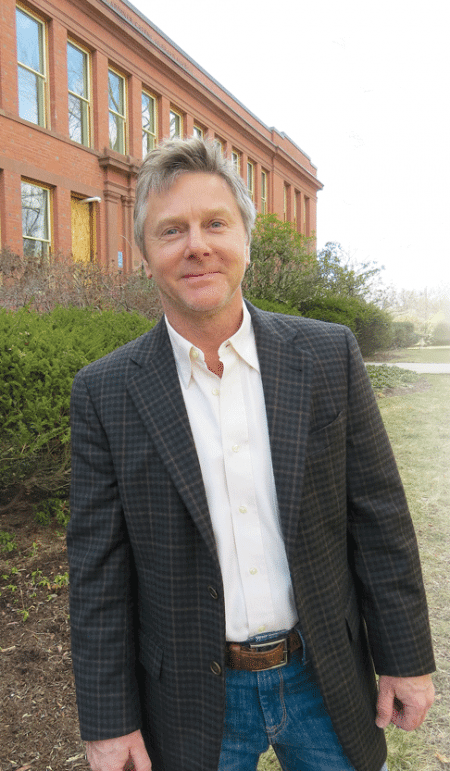 Peter Picknelly calls it the right property — and the right project — at the right time. He’s referring to Historic Round Hill Summit, a luxury-apartment complex being created at the former Clarke School for the Deaf complex in Northampton, an initiative that will bring the past, present, and future together in intriguing fashion.

Peter Picknelly says he understood, when he submitted what would eventually become the winning bid for the former Clarke School for the Deaf property in Northampton, that there would be some significant challenges standing in the way of developing the various buildings on the campus for commercial and residential purposes.

As things turned out, he didn’t know at the time just how stern those hurdles would be. But he told BusinessWest that those challenges are the same things that make the property — and his project — so unique and attractive.

Indeed, this complex of buildings is historic — Calvin Coolidge, the nation’s 30th president, and before that, governor of Massachusetts, and before that, mayor of Paradise City, once lived in one of the buildings — and most of the structures are a century or more old. Meanwhile, the views of the surrounding area are stunning, and Northampton’s eclectic, bustling downtown is about 10 minutes away by foot.

The challenge? Blending the old (while at the same time preserving it) with the new, as in modern amenities and liveability in the luxury apartments that Picknelly and several partners will carve out of two former classroom buildings.

The preserving part of that equation is the most demanding, said Max Hebert, project manager for this $10 million endeavor, noting that these two properties, Hubbard Hall and Rogers Hall, like most others on the campus, are on the National Register of Historic Places — which means each nuance of the plans must be approved by the National Park Service before work can proceed.

“That process in itself was very complicated and very lengthy — it was an educational experience and it took much longer than we thought,” said Picknelly, but overall, work is progressing on an ambitious project that be believes represents the right product at the right time, and in the right location.

The Clarke School property has a number of unique buildings being converted for residential and commercial development.

“Apartment living is becoming increasingly popular — people want to get out of their home and live in a vibrant community,” he said, noting that it has become an attractive option for both young professionals and empty nesters looking to downsize but still enjoy luxury.

As for the location, he said it’s ideal for both of those constituencies he described. Northampton is one of the region’s most walkable communities, and Historic Round Hill Summit is just minutes from a bike trail, Cooley Dickinson Hospital, Smith College, and everything downtown has to offer.

“The location is ideal, and there’s nothing else on the market like what we’re going to build here,” he said. “We think it’s an incredible mix.”

For this issue and its focus on commercial real estate, BusinessWest takes an in-depth look at that mix and how Picknelly and his partners are writing an intriguing new chapter to the already-rich history of this property.

Picknelly, CEO of Peter Pan Bus Lines and the third-generation owner of that Springfield-based company, has — like his grandfather and father before him — always been entrepreneurial.

He’s picked up several businesses over the past few decades, with Springfield’s iconic Fort Restaurant, which he acquired with several partners from the Scherff family in 2014, the latest example. And, again, like his father, who famously acquired Monarch Place in 1994, he has been an aggressive player in the commercial real-estate realm.

He was a player in the bid to locate a casino in Springfield’s North End, on the Peter Pan property and adjoining parcels, for example, and the Opal Real Estate Group, which he also owns, is advancing plans to convert the former Court Square Hotel property in Springfield into a mixed-use complex blending retail, office space, and market-rate housing. 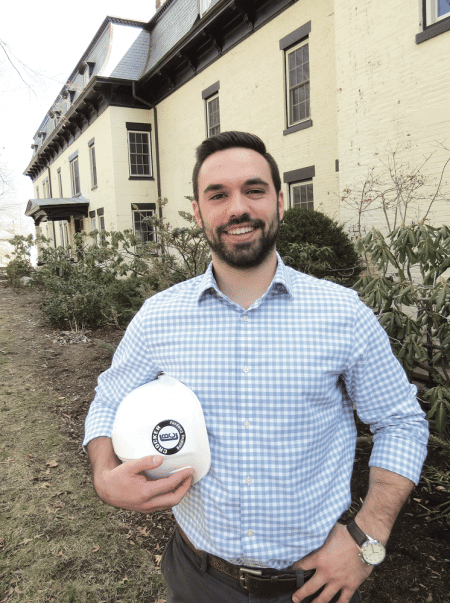 The plan for Historic Round Hill Summit is much the same, but the project is moving forward more quickly, with one of the old Clarke structures, Coolidge Hall, already home to several commercial tenants, and phase one of the ambitious residential component of the work already underway.

That would be the renovation of Hubbard Hall into 22 apartments — a mix of studio, one-bedroom, and two-bedroom units — which should be ready for occupancy by summer.

As he offered a hard-hat tour of the work in progress at the 36,000-square-foot Hubbard Hall, Hebert talked about that challenge of enabling the historic elements of the property to co-exist with modern needs, building codes, and a focus on energy efficiency.

As an example, he pointed to the windows — specifically a few in one unit that offer views of downtown Northampton and the Holyoke Range well beyond.

They are large (eight feet in height), in keeping with the original design, but the glass being looked through is an energy-efficient, double-paned product.

“You still have the historic charm of the window, but you don’t get the cold draftiness,” he explained, adding that, whenever possible, the historic integrity of the property has been maintained.

Beyond the windows, there are many other examples of maintaining many of the original historic features, said Hebert, who listed everything from the chalkboards that graced the classrooms to the wood trim; from fireplaces to the original Clarke School president’s safe.

But the past will also be blended with the present and even the future in the form of transitional-style fixtures, granite and quartz countertops, in-unit laundries, energy-efficient heating and cooling systems, and a commodity that has become a luxury item in Northampton — on-site parking.

All this comes with a steep price. Indeed, these units represent the very high end of the luxury-apartment market, with units going for between $1,500 and $2,900 a month.

Picknelly believes there is sufficient demand for such a product, and the early levels of interest, and even a few deposits on units, would seem to bear that out.

“We believe there is going to be a solid market for these units given the location, the views, the amenities — the whole package,” he said, listing professionals at Smith College, Cooley Dickinson Hospital, and other companies, as well as the growing number of retirees eyeing Northampton as a suitable landing spot, as potential tenants.

Time will tell if he’s on target with that assessment, and if Historic Round Hill Summit becomes a sound investment.

But, at the moment, Picknelly believes he has a winning proposition.

And in a nod to Calvin Coolidge and his legendary frugality with words, Picknelly was brief and to the point when asked if he was optimistic about the next life for this historic property.

MGM Ushers In a New Era at the MassMutual Center 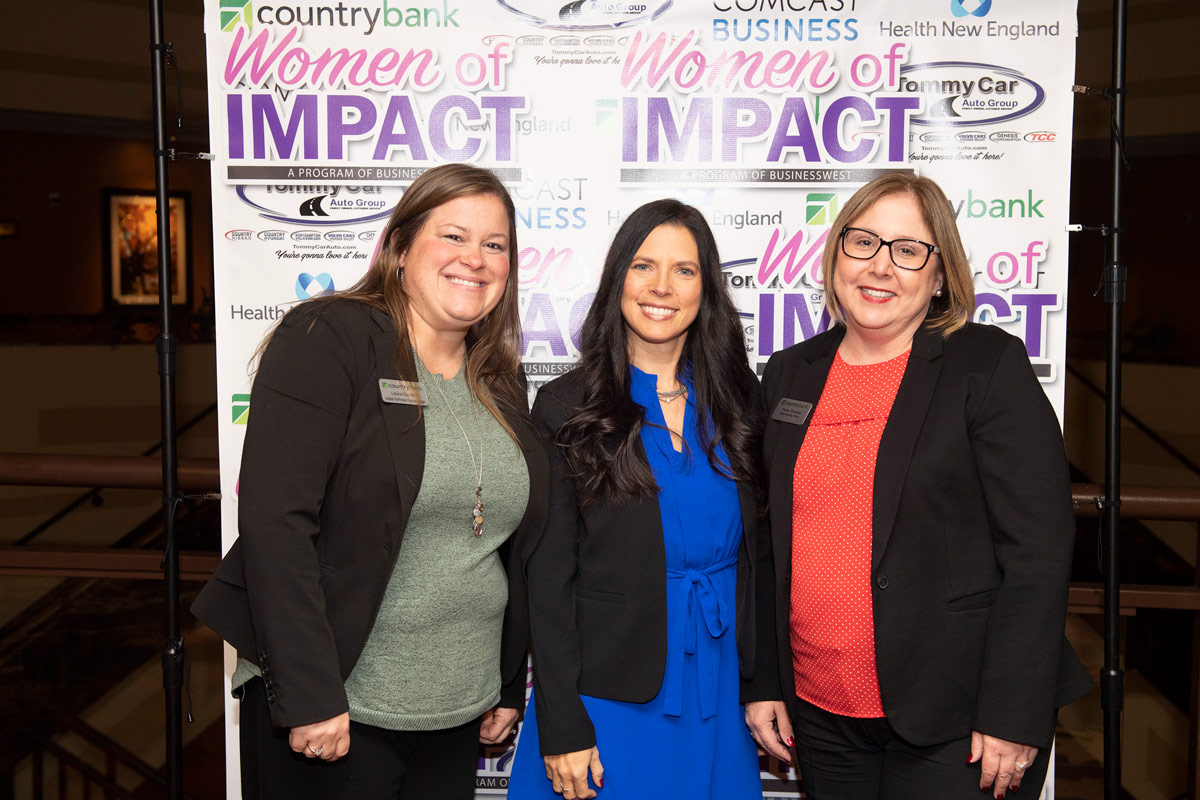 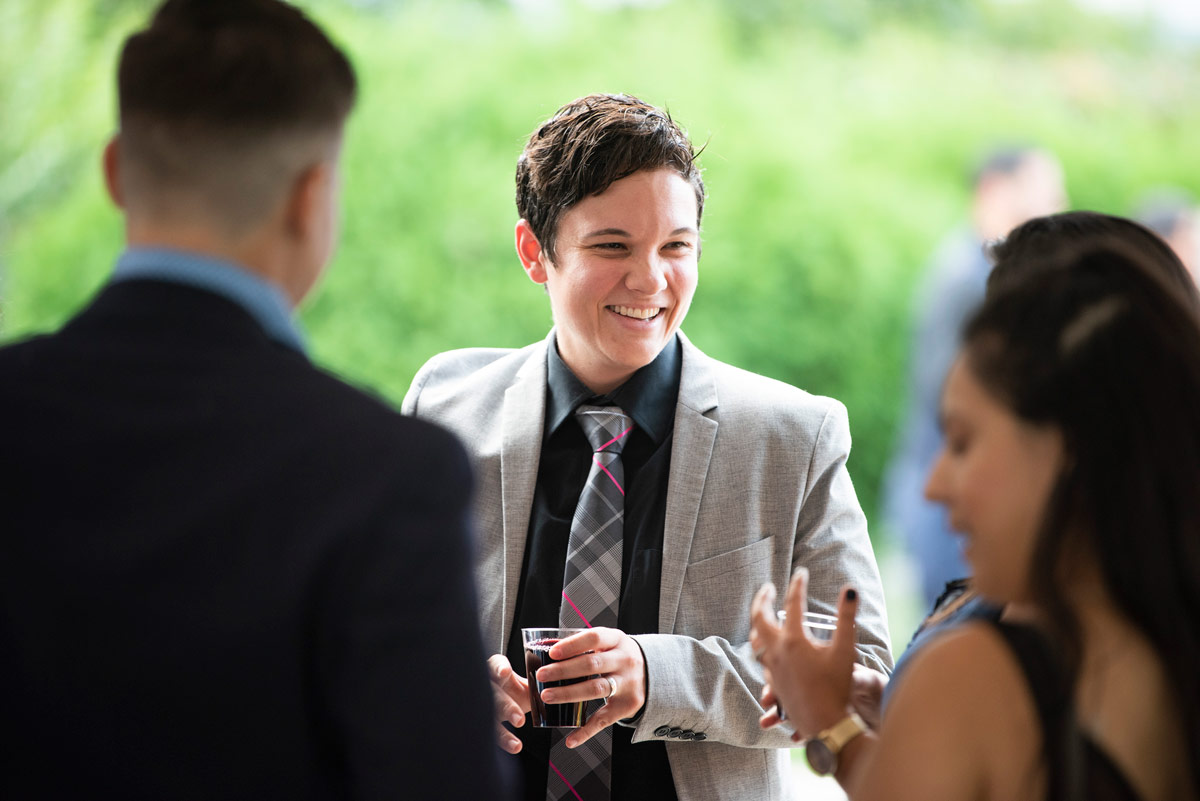 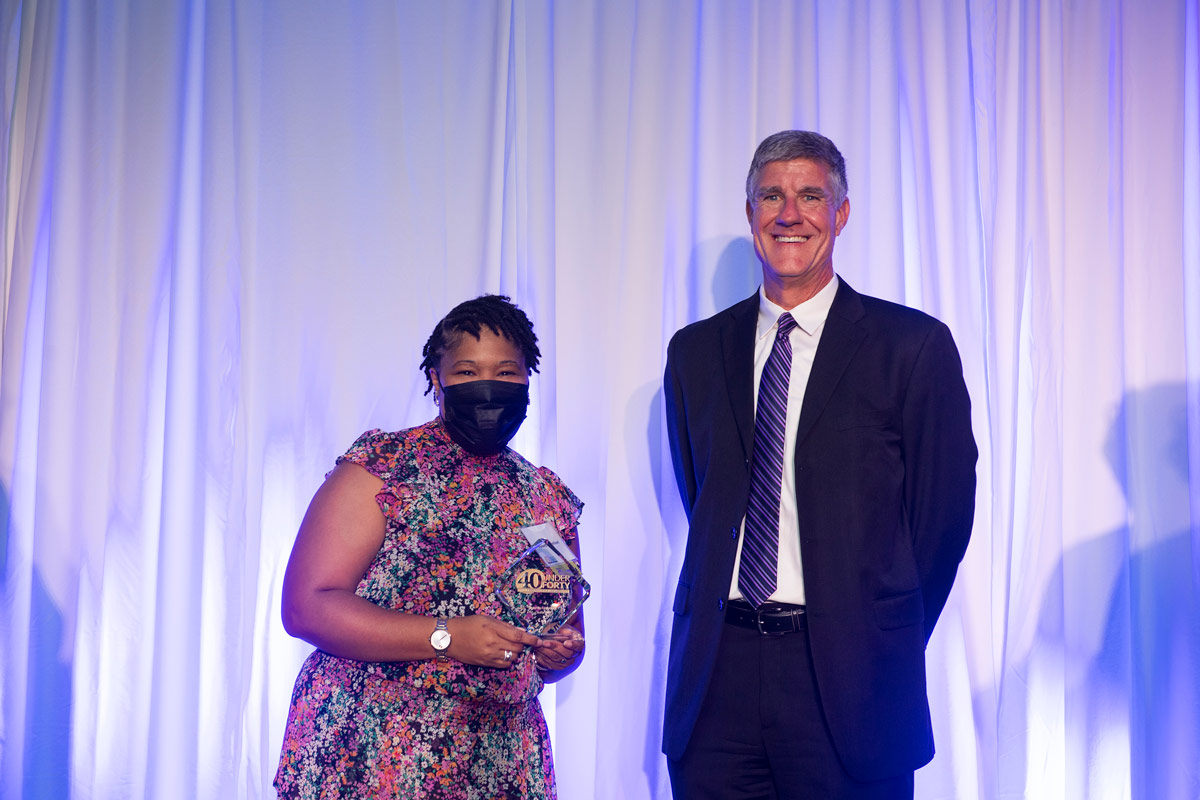