In Construction, A Firm Footing

By BusinessWest Staff December 12, 2005 798
All land is not created equal. And yet, people are quick to talk about price per acre or price per square foot of land as if direct comparison is valid. To be sure, identical Peter Wood calls it the end of the pent-up demand.

Thats how he described a series of building projects that made 2005 a record year for South Hadley-based Associated Builders, which he serves as director of marketing.

As Wood explained to BusinessWest, following 9/11 there was a prolonged period of indecision for many business owners.

Uncertain about which direction the economy would take, these individuals back-burnered many new-building and expansion projects. When the economic picture came more clearly into focus, many of those ventures started to move forward, he continued, adding that it took some time to get through the pile.

He figures that point came sometime late this year.

And with that pent-up demand gone, there are some questions about what lies ahead for the construction sector, which is traditionally a good barometer of the overall economy.

Wood told BusinessWest that Associated has several projects currently in progress and more on the docket for the start of the spring building season  but most are smaller in size and scale than some of the companys recent assignments. There is enough volume, however, for him to project that 06 might eventually wind up as good as this year.

For many years, I was cautiously optimistic about the prospects for this sector, he said. I havent had to use the word cautious lately, and dont think I need it now.

Still, there are question marks. Tom Zabel, who recently acquired The OLeary Company in Southampton, which specializes in fabricated metal buildings, said there are several factors that could impact the construction sector in the year ahead, starting with interest rates.

They continue to rise, he explained, which could prompt some business owners to think twice about building or expanding  or … the trend might prompt some to strike now, before the rates go much higher.

The bottom line is that money is still relatively cheap, he said, noting that while rates are rising they are still near record lows. I think youll see some move now out of concern that rates will only go higher down the road.

Joe Marois, president of Chicopeebased Marois Construction agreed, but said interest rates could be one of many factors to sow uncertainty among business owners, which often translates into delaying new-building, expansion, or renovation projects.

Most of the things were doing now are deferred maintenance projects and other things that need to be done, he explained. I dont see as many people looking at new building; if they dont have to spend the money right now, theyre waiting to see what happens with the economy.

I suppose thats what people do every year, he continued, But it just seems that people are being more cautious right now. Beyond this heightened level of caution, there are other immediate challenges for builders  specifically emerging supply problems involving buildable land and qualified construction workers.

Indeed, both Wood and Marois said that over the past few years, and especially over the past several months, it has become increasingly difficult to find good help at nearly all levels  from laborers to tradesman such as carpenters and drywallers.

Wood said he doesnt have a firm grip on the reasons for the shortage, although he suspects that many individuals who might have sought out construction work in the past are now looking elsewhere, even though the field provides ample opportunities with decent wages.

Im not really sure why its happening, I just know it is, and its happening across the industry, he told BusinessWest. Its puzzling in a way, because there are good jobs out there and fewer people to take them.

Marois speculated that many of the summer workers that area contractors have relied on  college students on break  are now finding summer jobs in other fields, including technology and health care.

This is something everyone is dealing with, he said. There are simply fewer good people out there.

As for the land supply, Wood said several of the areas municipal and private industrial parks are at or near capacity, and there have been few additions to the inventory.

Land is becoming an issue, he said, adding that the dwindling supply is one reason why. Associated is working on smaller projects this year. Business owners like to have options, and they dont have as many now as they once did. 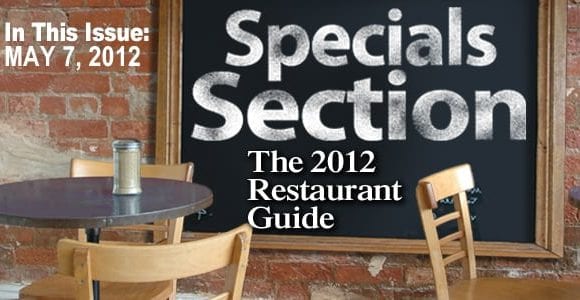