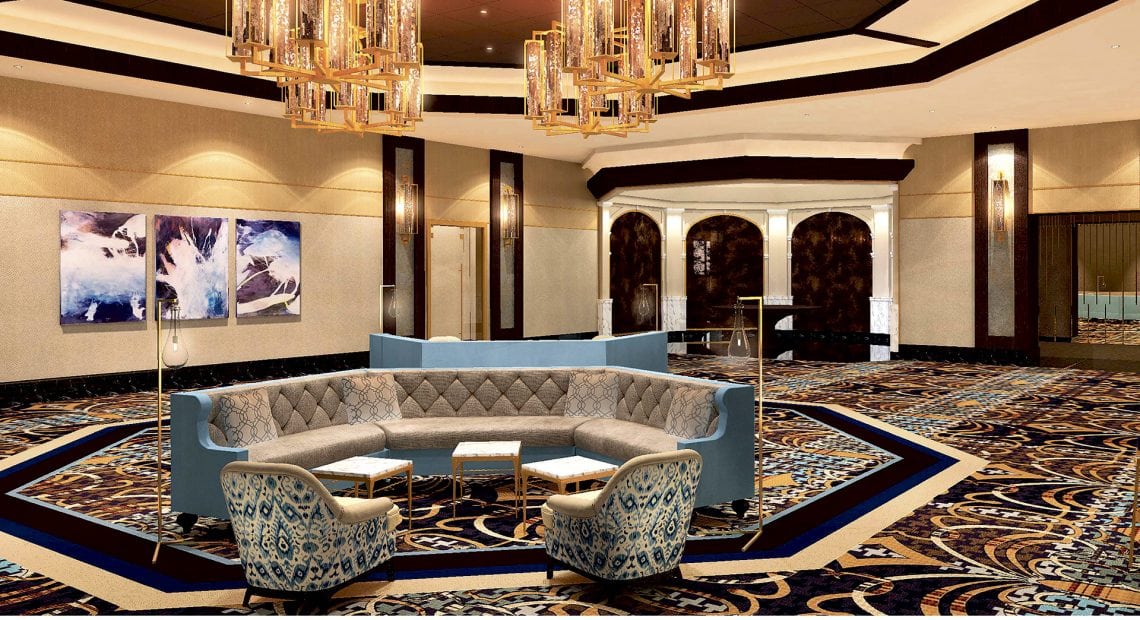 MGM and Its ‘Campus’ Alter the Business Landscape 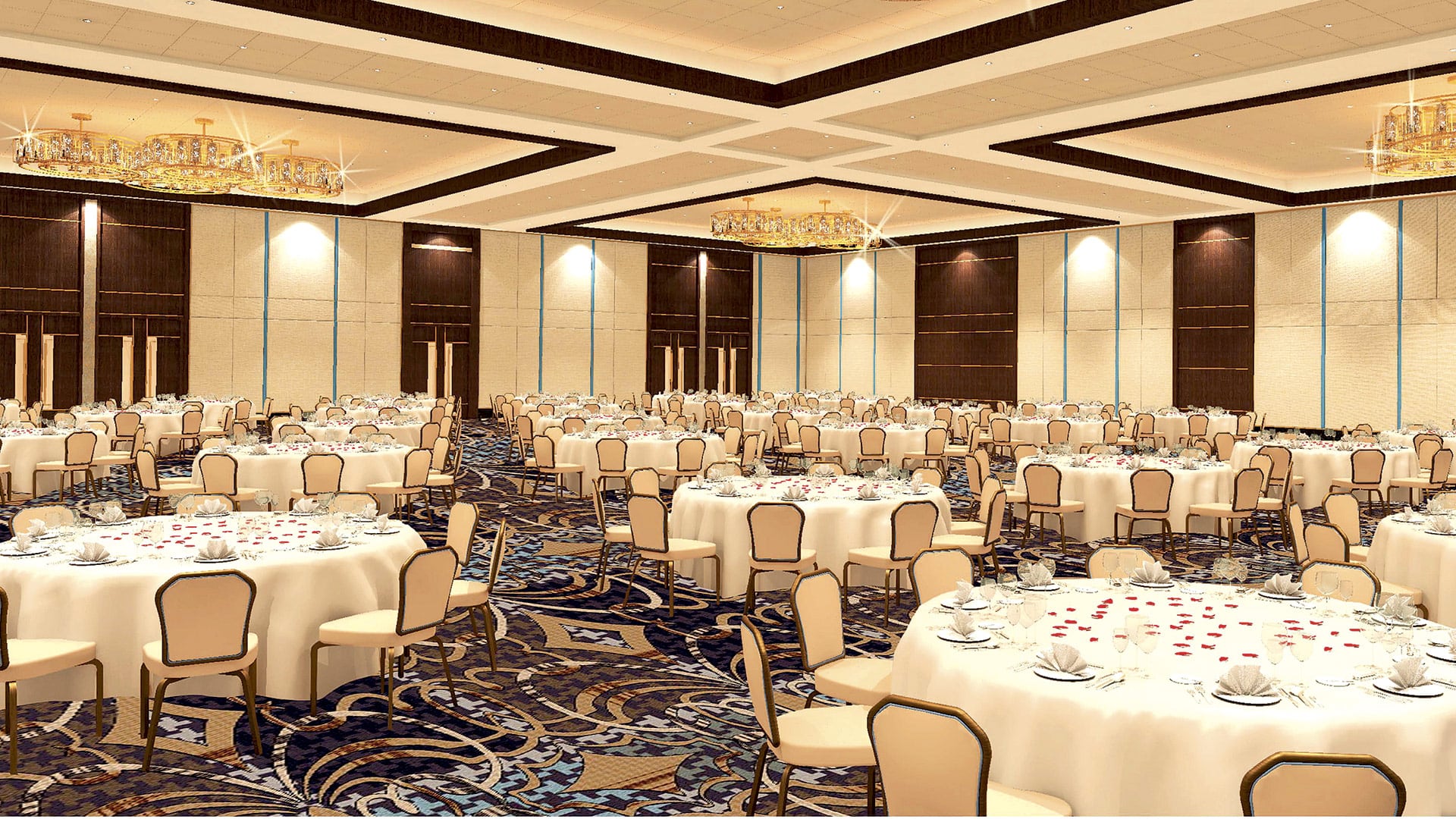 Rendering of the event spaces at MGM Springfield.

As MGM Springfield continues the final countdown to its Aug. 24 opening, the company is starting to generate considerable momentum in what will undoubtedly be one of the most important aspects of its operations — hosting meetings and conventions. MGM is creating what is being called a ‘campus,’ one that should catch the attention of groups planning everything from product showcases to association conventions to weddings.

Monique Messier was a little late for her scheduled conversation with BusinessWest, but there was a good reason — one that gave her something else to talk about.

Indeed, she was wrapping up work to book the first wedding at the hotel at MGM Springfield, and those talks took a little longer than expected.

Messier, executive director of sales for MGM Springfield, didn’t share too many details about that wedding other to say that it was booked for September — only a few weeks after the facility opens its doors — and that the couple was excited to be tying the knot in the glittering, new $950 million casino complex — and more excited that they would be the first to do so.

“It’s someone who knew they wanted to be in MGM,” she explained, referring to the short time frame between the booking and the nuptials. “They waited until we could get them into the building to see it, and we did; they were sold.” 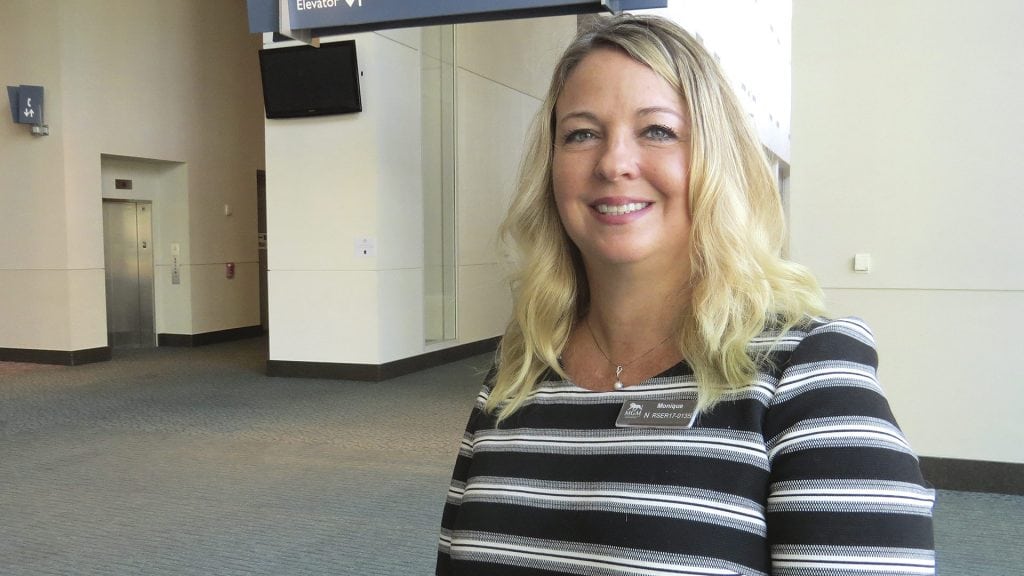 With the meeting and event spaces at the MGM Springfield hotel and the MassMutual Center, Monique Messier said, the company can sell a “campus” of facilities to a host of constituencies.

Messier said this will be obviously be the first of many weddings at the facility, and that such ceremonies will comprise one element in a spectrum of gatherings that can be staged at a broad portfolio of meeting and event spaces at the casino and the MassMutual Center across the street.

“It’s a resort feel coming to downtown Springfield,” she noted, adding that this ‘feel,’ as well as the views and a wide array of facilities and amenities, should move Springfield up several notches when it comes to the radar screens of event planners and business owners and managers looking for a place to gather.

MGM Springfield had an unveiling of sorts for the meeting and event spaces earlier this month, revealing photos and details of some of the rooms. Officials there have been offering tours this spring and summer to event planners and other groups, but thus far it has mostly kept those spaces under wraps.

What’s becoming clear, though, is that what’s under those wraps is spacious, unique, and versatile, and that, collectively, the facilities provide Greater Springfield with a great opportunity to attract more events of all kinds. Already, there has been considerable interest, said Messier.

“We’re working with hundreds of groups already, and we’re in the process of trying to get as many groups as we can under contract,” she explained, adding that, while she couldn’t name clients that have signed on, there is a mix of groups and companies from within the 413 and outside it as well. “I think we’ll see quite a few new faces coming into downtown Springfield with all the different groups that have already shown interest in us here.”

In all, there will be 34,000 square feet of event and meeting spaces at the casino complex. There will also be abundant natural light and a host of indoor and outdoor options.

“We’re working with hundreds of groups already, and we’re in the process of trying to get as many groups as we can under contract. I think we’ll see quite a few new faces coming into downtown Springfield with all the different groups that have already shown interest in us here.”

Many of the individual facilities will incorporate the names of some of MGM’s sister properties in an effort to highlight the resort’s connection to other top destinations around the country.

There will also be the renovated former National Guard Armory (most recently used as the South End Community Center) that will offer a unique, 4,800-square-foot room that will enable the groups that book it to stretch their imaginations and create an environment to suit their specific needs.

“This is a gorgeous, open area,” she told BusinessWest. “Groups can have high-end functions there; we can seat about 200 people banquet-style.”

Overall, the collection of spaces, coupled with the many attractions at MGM Springfield — from the casino floor itself to the Regal Cinemas complex, 10-lane bowling alley and arcade, TopGolf Swing Suite, and a variety of restaurants — will undoubtedly catch the eye of groups staging conventions, companies looking for team-building options, and a host of other constituencies.

For this issue and its focus on meetings and conventions, BusinessWest takes an inside look (not really, but it’s close) at the array of spaces at MGM Springfield and how they are expected to change the landscape when it comes to the all-important conventions business.

Messier told BusinessWest that she and her sales staff will be selling the collective space at MGM Springfield and the MassMutual Center as a “campus,” because that’s truly what it is — one that boasts everything from a sports arena capable of seating nearly 10,000 people and huge convention spaces, to the hotel, its 252 rooms, 16 suites, and assorted ballrooms, boardrooms, and restaurants; from an open-air plaza inspired, Messier said, by the classic New England town common, named Armory Square, to the bowling alley and movie theaters.

Most groups won’t need all that, but it’s there if they need it, she went on, adding that just beyond this campus are more hotels and restaurants, performance venues including Symphony Hall and CityStage, and attractions ranging from Six Flags to the Naismith Memorial Basketball Hall of Fame.

Put it all together and it’s a fairly easy package to sell, she went on, adding that a number of groups and events have already been scheduled. 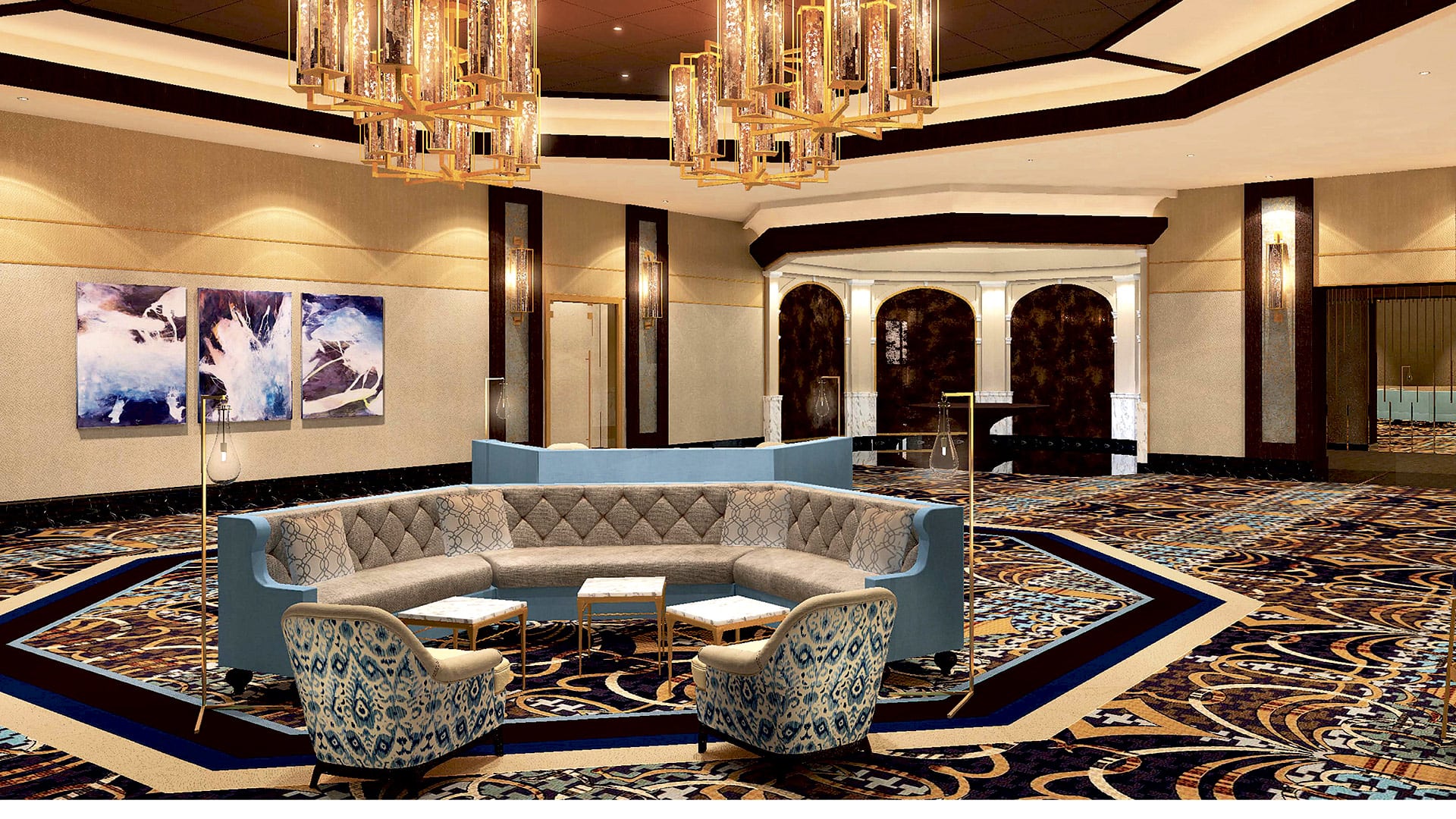 And there has already been a wide range of different types of events scheduled, she on, listing everything from that first wedding to this fall’s annual Bright Nights Ball, to take place in the Aria Ballroom, to a host of meetings and conventions.

In designing the spaces, MGM wanted to capture the flavor of Las Vegas and other gaming and convention hot spots, not just with the names on the venues, but with their luxurious look and feel and also the way they promote collaboration, interaction, and productivity, said Messier, adding quickly that there are considerable amounts of local flavor and personal touches.

The hotel was designed in a way that recognizes Springfield’s industrial roots, she noted, while eclectic artwork evokes this region’s creative iconography, visually referencing Dr. Seuss, Emily Dickinson, and Merriam-Webster Dictionary, among others.

The spaces will also be adaptable, she said, adding that while the Aria ballroom can hold up to 540 and the Ballagio up to 360, they can be configured to seat smaller gatherings.

‘Adaptable’ is also a word that can be used to describe the former Armory.

All of the meeting spaces are on the second floor of the hotel, and running the full length of those spaces is a terrace that looks out on Armory Square, with the Armory itself in the middle of the plaza, she explained, adding that these views are still another selling point when it comes to this campus.

“When you walk through our space, the whole terrace is open, and natural light floods in,” she said. “It’s an amazing view of the whole property.”

Messier said the collection of facilities within the campus she described will be especially appealing to business groups and individual companies.

Indeed, the various spaces can be utilized for everything from product showcases to annual retreats and sales meetings; from those increasingly popular team-building exercises to gatherings to entertain and recognize clients, vendors, and employees.

Summing up what’s she’s seeing and hearing on the phone — from potential clients, her sales staff, and that couple getting married at MGM in a few months — Messier said the City of Homes and the region surrounding it are gaining the attention of a wide range of constituencies.

As she mentioned earlier, it’s quite an attractive package, and one that’s already starting to sell itself. 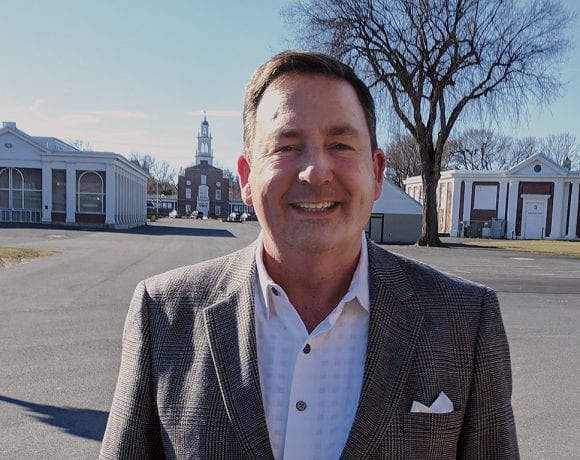