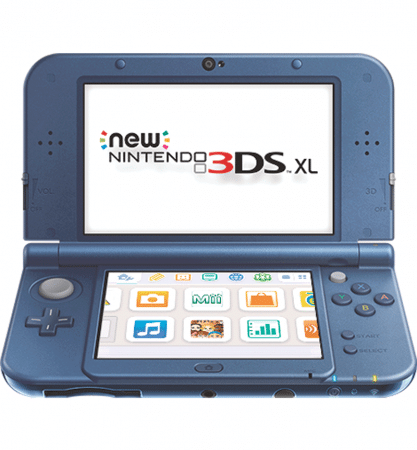 An on-the-go society demands on-the-go technology, and the array of smartphones, tablets, wristband health sensors, and portable game systems only continues to expand as the major players compete for their share of a growing pie. In its annual look at some of the hottest tech items available, BusinessWest focuses on those mobile devices, which are connecting more Americans than ever, 24/7, to bottomless online resources and, sometimes, to each other.

If it seems like everyone’s on their smartphone these days, well, that’s a bit of an exaggeration.

But not by much.

According to a Pew Research Center survey conducted last November, 77% of Americans (77%) now own a smartphone, with lower-income Americans and those ages 50 and older exhibiting a sharp uptick in ownership over the previous year. Among younger adults, ages 18 to 29, the figure soars to 92%.

The 2017 results won’t be available until later this year, though the percentage is expected to rise even higher, because, well, it’s been on an upward trend since 2011, when Pew first started conducting these surveys. That year, just 35% of Americans reported they owned a smartphone of some kind.

These numbers don’t include plain old cellphones (remember when they seemed like the pinnacle of communications technology?). If those devices are included, 95% of Americans can reach in their pocket to make a call.

But BusinessWest’s annual rundown of the hottest technology — which, this year, focuses on mobile devices — isn’t interested in what was hot a decade ago. Following are some the most buzzworthy new smartphones, tablets, wearable fitness devices, and handheld game consoles, according to tech media.

We’ll start, as many lists do this season, with the Samsung Galaxy S8 ($749), which Gareth Beavis at Techradar calls “the best phone in the world for a few reasons, but none more so than the display: it makes every other handset on the market look positively antiquated.

The camera and screen quality are both excellent, he continues, and while the phone is pricey, it’s worth the cost. “With the screen, Samsung has managed to find some impressive innovation at a time when there’s very little to be found in smartphones.”

Eric Walters at Paste added that, while the Galaxy S8 isn’t perfect, it’s the best Samsung has ever made, and an easy frontrunner for phone of the year. “It not only pushes the company’s portfolio forward, but the entire industry with its elegant and futuristic design that prioritizes the display without bloating the size. It’s an impressive achievement of design and engineering, but the quality isn’t surface deep. The entire experience of using the S8 is a rich one.”

One of the hottest trends of the past few years has been a shift to ‘phablets,’ smartphones that boast a much larger screen size than their predecessors. The Google Pixel 2 XL ($849) “improves on the first in lots of ways, but mostly it just looks a whole heap better,” writes Max Parker at Trusted Reviews, praising the device’s modern display and large size in a package that fits the hand well.

“But it’s the software that really wins here,” he adds. “Google’s approach to Android is fantastic, and the Assistant is an AI that’s already better than Apple’s Siri. The camera is stunning, too. It’s a 12-megapixel sensor that takes stunning photos in all conditions, and it’s packed with portrait mode tricks, too.”

Apple continues to be a key player in this realm, too, of course, and while the iPhone 8 Plus ($799) isn’t a big change over last year’s model, it boasts some substantial advantages, notes Mark Spoonauer at Tom’s Guide, and may turn out to be the equal of the iPhone X, to be released in early November.

“The new iPhone supports wireless charging, and its dual rear cameras are dramatically improved,” he adds. “Coupled with Apple’s new crazy-powerful A11 Bionic chipset, those lenses deliver portrait lighting — a new mode that lets you manipulate the light in a scene before and after the fact. The iPhone 8 Plus also delivers excellent battery life, lasting more than 11 hours in our testing.”

For those who prefer full-size tablets, competition continues to be fierce in that realm, with Apple again drawing headlines with the iPad Pro ($599).

“With Apple’s fastest-ever mobile processor, the 10.5-inch iPad Pro is easily the best tablet out there right now,” says Lindsay Leedham in Lifewire, who praised its camera, speakers, 256 GB storage, and True Tone display. “The iPad Pro uses sensors to detect the light in whatever room it’s in to adjust the color temperature of the display to the ambient light. The effect makes the screen look more like paper, and is most noticeable when it’s turned off and the screen switches to a bright bluish light.”

Meanwhile, for those on a budget, the Amazon Fire HD 8 ($79) is the best sub-$100 tablet available, according to Sascha Regan at PC Magazine.

“While you shouldn’t expect to compete against the iPad at this price point, the Fire HD 8 fits the bill for media consumption and light gaming,” she writes, calling its battery life adequare but praising its dual-band wi-fi. “In several tests at different distances from our Netgear router, we often got almost double the speed on the HD 8 than on the Fire 7. That made a real difference when doing things like downloading comics.”

Wearable technology, which focuses on tracking health and wellness habits, continues to be popular, although Fitbit, far and away the dominant player in this market, may be reaching saturation in the U.S., while smaller competitors eat away at its global market share, according to International Data Corp.

Still, its new products continue to wow reviewers. “Guess what: Fitbit’s newest tracker is its best one yet,” raves CNET’s Dan Graziano about the Fitbit Alta HR ($149). “For me, it’s all about design. I’ve been wearing the Alta HR for almost a month and plan to continue wearing it even after this review. It’s comfortable to wear and doesn’t sacrifice any features, but what sold me was the seven-day battery life.”

For those looking to spend more, the Fitbit Surge ($249) is a satisfyingly sophisticated piece of machinery,” writes Jill Duffy at PC Magazine. “It not only tracks your steps and sleep, but also alerts you to incoming phone calls and text messages, keeps tabs on your heart rate with a built-in optical heart rate monitor, uses GPS to track outdoor activity, and has much more functionality, especially for runners.”

Looking over the rest of the field, Marko Maslakovic at Gadgets & Wearables finds plenty to like about the Garmin Vivosport ($199), which is waterproof, comes with built-in GPS and all-day stress tracking, and counts reps and sets in the gym.

Though it’s slim and fits snugly on the wrist, “Vivosport has some pretty decent specs under the hood,” he adds. “You’ll get everything you could possibly hope for 24/7 activity tracking, including detailed info on steps, calories, distance, heart rate, activity, floors, and sleep. The GPS makes for more precise distance, time, and pace tracking, along with route mapping for your runs. It will track your swims in the pool, too. This is probably Garmin’s best fitness band yet.”

For technology enthusiasts whose tastes favor gaming on the run over, well, running, the portable-console market continues to thrive, with the longtime market leader making some new waves this year with the Nintendo Switch ($299).

“You can use it as a stationary console with your TV or transform it into a portable gaming device in literally seconds. You will keep all the data and can continue your game on the go,” Slant notes. “Nintendo Switch is light and feels comfortable in hand. It doesn’t cause any wrist strain. It also has a kickstand that folds out from the back of the console, so you can put it on the table.”

The publication also praises its graphics and controllers, but notes that it can be hard to find, lacks long battery life, plays poorly in direct sunlight due to screen glare, and doesn’t boast a wide variety of popular games — yet.

Game variety is no issue for the Nintendo 3DS XL ($199), which boasts two large screens, glasses-free 3D, and some of the best video games available on a mobile console, according to Top Ten Reviews. On the downside, battery life is not ideal.