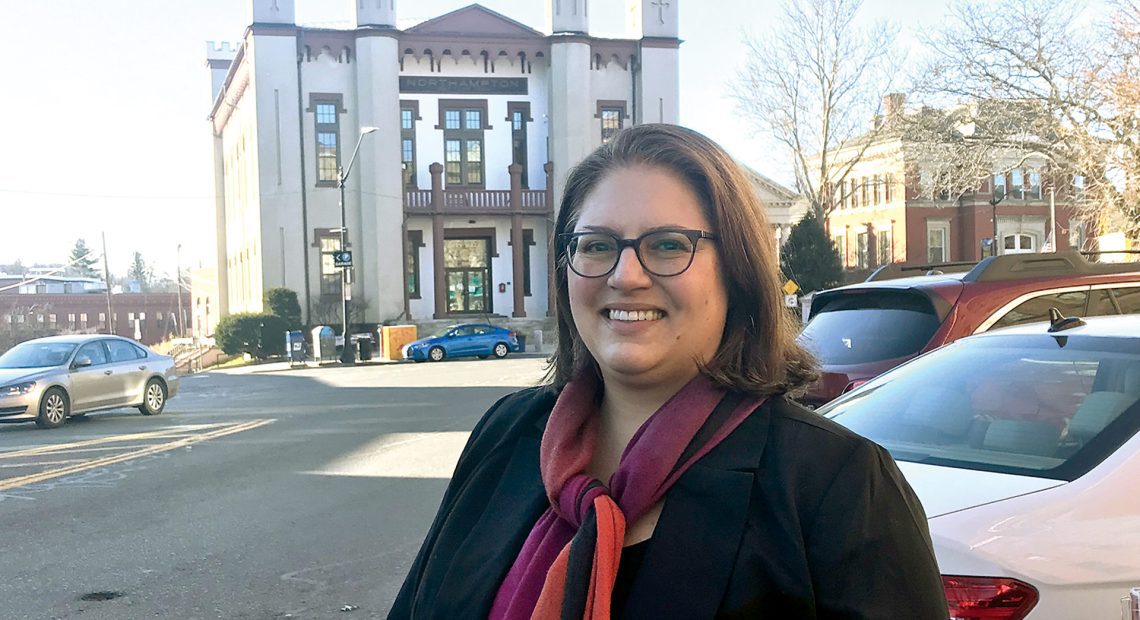 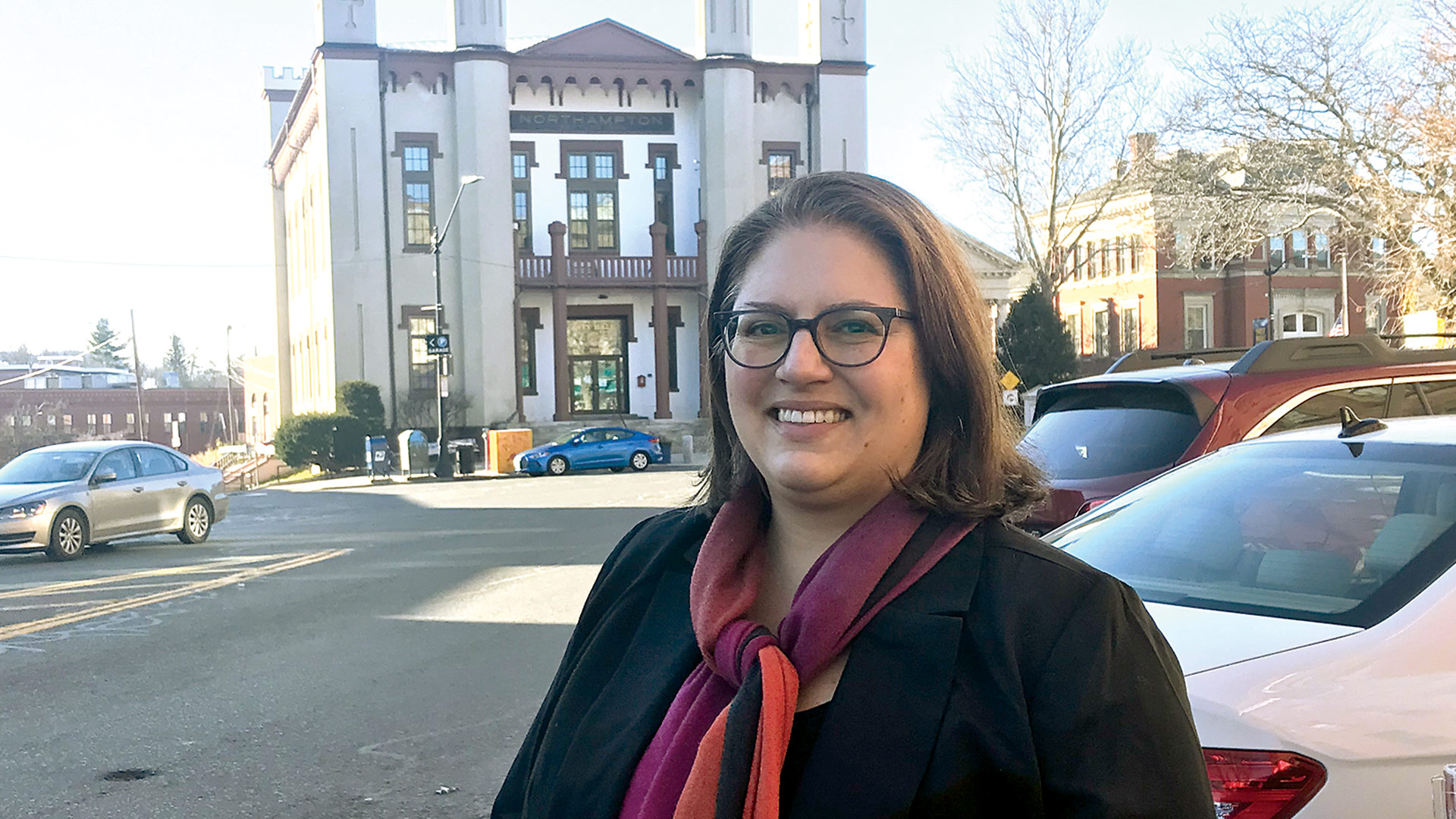 New Northampton Mayor Gina-Louise Sciarra says a redesign of Main Street is one of the city’s key issues moving forward.

As 2022 begins, Gina-Louise Sciarra starts the new year as Northampton’s new mayor. As she settles into the job, the city faces big opportunities and challenges, especially the constant challenge of managing COVID-19 and its variants. Even as the pandemic adapts, Sciarra said she’s confident the workers and businesses in Northampton will also adapt and keep moving forward.

“We have to help our businesses through this really difficult time and figure out what the next stage of our economy is going to look like,” Sciarra said. “We have a special downtown that we want to stay vibrant and keep it the popular destination it’s always been.”

One of the largest projects on the mayor’s agenda involves a redesign of Main Street. Northampton has a uniquely wide main artery, which Sciarra said is lovely in some ways, but it also presents safety issues.

“We’re going to make it safer for pedestrians and bicyclists, as well as create more green space,” she said. “The redesign will help us meet the next era of retail and commerce while keeping it a place people want to come and experience.”

Not surprisingly, the Main Street redesign has been a huge topic of conversation among downtown businesses, according to Amy Cahillane, executive director of the Downtown Northampton Assoc. (DNA). Cahillane said some of her members favor keeping the wide Main Street and making crosswalks safer, while others would like to see the street narrowed, allowing for wider sidewalks.

“I don’t think there will be a design that makes everyone happy,” Cahillane said. “At the same time, it’s important for all to understand the magnitude of impact that construction will have on downtown businesses.”

She added that she’s eager to find out if the city will support businesses during the redesign because, after two years of reduced income due to COVID, they will soon face a construction process that also hurts the bottom line.

“We’re going to make it safer for pedestrians and bicyclists, as well as create more green space. The redesign will help us meet the next era of retail and commerce while keeping it a place people want to come and experience.”

“I don’t think it can be publicized enough what the construction will look like and how to navigate downtown while businesses are open,” Cahillane said. “I would also like to see financial support for businesses after all they’ve had to endure.”

After years of community input on the project, Sciarra said Northampton is in line to receive nearly 25% from the state for the Main Street redesign project, and that’s enough to keep it moving toward a construction start in 2025.

“Because of the size of this project, we will also modernize the underground infrastructure during the construction period,” she said.

A more immediate task for the new mayor involves $22 million earmarked for Northampton under the American Rescue Plan Act (ARPA). Sciarra said one of her first actions will be appointing an advisory committee to determine how to best allocate the ARPA funds. She appreciates that not everyone starts a term in office with these resources. 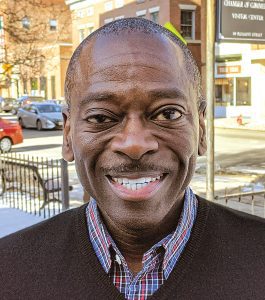 Vince Jackson says businesses have been opening and closing in Northampton at about the same rate during the pandemic.

“It’s spectacular to have these funds, but it’s also a huge responsibility,” she said. “This money comes out of a tragic time, so I want to make sure we steward it well and get the most out of it to benefit Northampton.”

This year will also see a new municipal office with the introduction of the Department of Community Care. This new area of public safety resulted from the efforts of the Northampton Police and Review Committee appointed by previous Northampton Mayor David Narkewicz and Sciarra while she was City Council president. The review committee was charged with looking at what changes should be made to improve public safety.

“Their top recommendation was to create a city department to provide an unarmed response to non-criminal calls,” Sciarra explained.

After hiring Sean Donavan as implementation director for the department in November, the next step is to set up meetings with fire and police dispatchers to figure out how calls from the public will be allocated. Sciarra noted that, because the police have been the default 24/7 responders, they have handled many calls out of their realm.

“Weary because we’re just tired of COVID and the sense that we start to make progress only to see another setback. And wary because of all the uncertainty when you try to plan ahead in this environment.”

“My goal is to bring everyone together so we can figure out how to transfer some of these calls to our new service. We have a lot to do, but it’s exciting to set up a new department,” she said, noting that the goal is to have Community Care up and running by July 1, the start of the new fiscal year.

From late summer through the fall, many Northampton businesses reported robust sales, some approaching 2019 numbers. In December, the rapid ascension of the Omicron variant of COVID caused the mood to change. Vince Jackson, executive director of the Northampton Chamber of Commerce, explained it as people feeling “weary and wary.”

“Weary because we’re just tired of COVID and the sense that we start to make progress only to see another setback,” Jackson said. “And wary because of all the uncertainty when you try to plan ahead in this environment.”

For Jeffrey Hoess-Brooks, September and October felt like old times. Hoess-Brooks, regional managing director for the Hotel Northampton and Fairfield Suites, noted that, even when business was up, staffing levels were down — which remains an issue. On some days, the housekeeping crew could not finish their work until evening hours because they were so short-staffed.

“Everyone was pitching in to help,” Hoess-Brooks said. “I cleaned more guest rooms this summer than I have in my entire 32 years in the industry.” Still, while January and February are traditionally slow months, he remains optimistic that business and staffing will improve by spring.

To find ways to keep going, Cahillane said many business owners are upgrading their online shopping and ordering capabilities, while others are renovating their locations.

Despite all the challenges, Jackson remains hopeful about the coming year. He pointed out that, since the beginning of the pandemic, Northampton has seen 20 businesses close, but 20 new businesses opened during the same time. “It speaks to the resilience of the community and the example that it sets for the entrepreneurial spirit in Northampton.”

“We’ve got our fingers crossed that we will be able to have the event, especially because it’s outside,” she said, acknowledging the uncertainty while continuing to move forward.

Outdoor dining, which Cahillane has called a lifesaver for many restaurants, remains very popular. Amit Kanoujia, general manager of India House (see story on page 25), is looking to start his outdoor seating earlier and expand it later this year because so many people have asked him to consider it. “In the early spring, our guests bring jackets, and by the fall, they are willing to wear parkas to soak in as much of the outdoor experience as they can.”

Kanoujia remarked on the spirit of cooperation he’s seen among businesses and city leaders to keep moving forward. Jackson echoed that sentiment and added that collaboration is more important now than ever before.

“At the chamber, we try to remind everyone that we are all investors in our community and in our economy,” he said. “When one succeeds, we all succeed.” 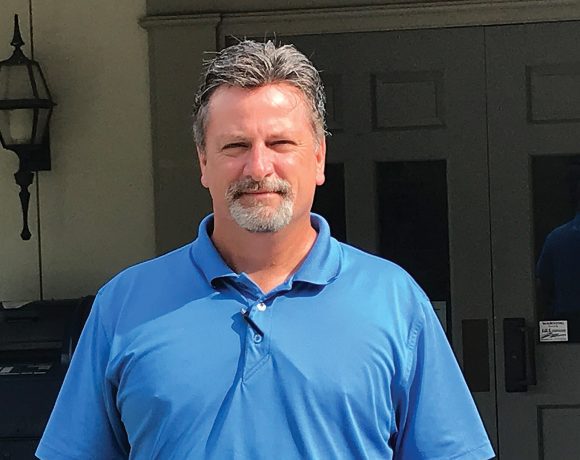