The Prognosis Is for Another Year of Stern Challenges in 2022

Dr. Robert Roose says he’s deeply optimistic that 2022 will be the year when, as he put it, “COVID no longer rules most aspects of our lives.”

Elaborating, Roose chief medical officer for Mercy Medical Center, said that soon — how soon, he doesn’t know — COVID will reach a point where it is a more endemic infection that has much lower risk for larger numbers of people in the community. He bases that belief on a number of factors, including vaccines, rapid testing, and, soon, an oral, pill-based therapy that can reduce the risk of hospitalization amongst those that are most vulnerable to severe illness.

“The combination of these things has me optimistic that, for the summer, six months from now, and perhaps sooner, we will have lower rates of infection, higher proportions of our population immune to COVID — or at least the most severe effects of COVID — through vaccination or natural infection, and we will have more therapies that are available for those that would be vulnerable,” he said. “And I’m optimistic that will happen this year.” 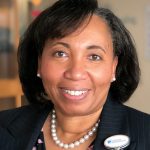 “I’m very much an optimist; I’m a glass-half-full kind of person. I’m optimistic about the year ahead, despite the many challenges we face now and into the future. But 2022 is going to be challenging, especially the first few quarters, because of COVID and the ramifications of both the current surge and previous surges.”

Roose is not alone in that assessment — others we spoke with expressed similar optimism — but for now, all those in healthcare must cope with the present, when COVID still does rule most aspects of our lives, and when there are myriad other challenges stemming from the pandemic.

These include everything from intense workforce shortages that are being felt in this sector perhaps more than any other; high levels of fatigue and burnout among those working in most all healthcare settings, especially hospitals; growing mental-health issues that are impacting people in all age groups; and mounting non-COVID-related health issues stemming from individuals putting off needed care during the pandemic, or simply not being able to get it (see related story on page 41).

The sum of all these challenges and others prompted Dr. Mark Keroack, president and CEO of Baystate Health, to use the word ‘crisis’ early and quite often as he addressed the state of his healthcare system at an hour-long Zoom press conference a few weeks ago. Actually, he used the plural of that word, noting that his system was and is facing four crises: staffing, capacity management, a surging need for behavioral-health services, and, of course, COVID and the skyrocketing increases in cases due to Omicron.

While addressing these issues, Keroack echoed Roose when he said he is optimistic that COVID will become more endemic and, therefore, less controlling in the months and years ahead. But those other issues, and especially the workforce crisis, are expected to linger well into 2022 and probably well beyond.

Lynnette Watkins, who recently took the helm at Cooley Dickinson Hospital in Northampton, agreed, although she, too, was optimistic about 2022 and beyond.

“I’m very much an optimist; I’m a glass-half-full kind of person,” she said. “I’m optimistic about the year ahead, despite the many challenges we face now and into the future. But 2022 is going to be challenging, especially the first few quarters, because of COVID and the ramifications of both the current surge and previous surges.” 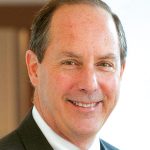 “About one in five healthcare workers has left the field since the start of the pandemic, and clearly that has shown up in our institution as well.”

The new year will certainly get off to an ultra-challenging start, she went on, noting that Omicron will test the healthcare system in every way imaginable, from capacity to workforce.

“We’ll get through this, but it’s going to be a challenging, challenging time for the next three to four months,” she told BusinessWest. “We tend to be about three weeks behind our neighboring states, meaning Connecticut, New Hampshire, and New York, in particular, when it comes to this surge in the disease. So January is going to a particularly tough time for this region, but what we’re seeing in the research is that, as quickly as this virus surges, it declines.

“With that, we need to make sure we have the capacity and capability of taking care of those patients who are COVID long-haulers, as well as those who have deferred and delayed care,” she went on. “And that is going to continue to be a challenge.”

Looking forward, those we spoke with said that perhaps the biggest challenge looming over the industry is a workforce crisis that was in evidence before the pandemic, especially among nurses, but has been exacerbated by COVID.

“We’re seeing those gaps just widen,” Roose noted. “The chasm between what we need to close is just wider.”

For the immediate future, hospitals and other providers will be impacted not only by people leaving their jobs, or the industry as a whole, due to retirement, burnout, and other factors, but also workers being infected by the virus and being forced to the sidelines, as well as the huge toll the shortages take on those in the trenches.

“We’ve really put a lot on our people — we’ve asked them to do a lot, like coming in for extra shifts, filling in, and stretching themselves,” Keroack said. “If we were fully staffed with people who were feeling refreshed, we’d feel a lot more confident about what we’re facing in the next few weeks.”

Meanwhile, staffing up during this crisis is a difficult and very expensive proposition, with all hospitals forced to hire what are known as ‘contract nurses,’ often at rates of $5,000 per week or more, Roose noted.

As for workers leaving their jobs, the numbers tell the story; Keroack told the assembled press that Baystate had 1,800 vacancies at that point in time in a total workforce of 13,000, roughly 14% of its workforce. In normal times, the number of vacancies would be closer to 500. 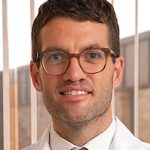 “Long-term, we could build some strength out of this. But short-term, it’s going to be very challenging.”

“About one in five healthcare workers has left the field since the start of the pandemic, and clearly that has shown up in our institution as well,” he remarked. “It’s been especially hard for bedside caregivers; many nurses have taken early retirement, and it has also affected respiratory therapy and pharmacy, and it’s been hardest for our entry-level employees — medical assistants, various technical positions, nurses’ aides, environmental workers, food-service workers.”

Roose said the numbers are similar at Mercy, with vacancy rates of 10% to 15%, with ‘functional’ vacancy rates, those that take into account open positions but also those employees on leave, being much higher, in some departments as much as 30% or more.

At Cooley Dickinson, Watkins noted, the number fluctuates anywhere between 9% and 12%, with the majority in nursing and nursing support.

In response to these developments, hospitals have made adjustments, said those we spoke with, including higher wages for many positions, expanded benefits eligibility, bonuses, ramped-up recruiting efforts, job fairs, and other steps, all aimed at bringing improvement when it comes to both hiring and retention.

And in some respects, they’re working, said Keroack, noting that these efforts are bringing in between 100 and 150 new workers each week, with the ratio of people coming in to those leaving being roughly 2 to 1.

“So we’re gaining on the problem, but it still quite significant,” he said, adding that, to that point in time, the system had spent roughly $40 million on bonuses and shift differentials, and another $40 million on contract-labor expenses, for calendar year 2021.

Looking ahead, those we spoke with said that, eventually, the laws of supply and demand will being improvement to the staffing crisis, but relief is not likely to come any time soon.

Keroack said part of the problem, especially when it comes to nurses, is simply getting enough people into and then through the pipeline.

“There’s a tremendous shortage of nursing faculty members — we had a number of senior seniors take early retirement — and so the pipeline simply wasn’t fat enough to completely replenish the pool in a quick amount of time,” he said. “We have waiting lists of people wanting to go to nursing school, but they’re limited by the number of clinical placements and the number of faculty.”

Roose agreed. “I think that at some point, a few years from now, things will start to settle out, perhaps sooner if there can be some major interventions at the federal level from a legislative perspective, as well as reconnecting with some of the meaning behind why people get into healthcare in the first place,” he noted. “This can spur people to enter the field as a result of wanting to be part of something so transformative.

“Long-term, we could build some strength out of this,” he went on. “But short-term, it’s going to be very challenging.”

The same can be said the mounting mental-health crisis impacting the region and the entire country, said Watkins, expressing optimism that American Rescue Plan Act funds can and will be put to use to address this emerging issue.

“A lot of what’s coming through this act will definitely help on all fronts and all healthcare providers,” she explained, “but especially our mental-health professionals and building that pipeline to increase access to care — because we’ve all suffered, and if we’re not looking into mental-health support services, we should.”

And while COVID has certainly given all those in healthcare a number of headaches and challenges, it has also given this sector the opportunity, born of necessity, to innovate and find and new and often better ways of doing things and caring for patients, said Watkins, adding that perhaps the best example of this is the rise of telehealth, a trend that will certainly continue in 2022 and beyond.

“While a lot of people might have thought about telehealth before the first wave of the pandemic, now it’s here, and it’s here to stay,” she said, with conviction in her voice. “Whether it’s teleradiology, teleneurology, or other ways of engaging telehealth … this has emerged as one of the key delivery options of the future; there’s more access, without the inconvenience of travel and waiting. The emergence of telehealth has been a real game changer.”

Summing things up, Watkins maintained her glass-half-full outlook, but stressed repeatedly that 2022 will pose the same challenges as the past two years, and they will likely increase in intensity before there is solid improvement.

“We have a very, very depleted workforce,” she said while speaking for all her colleagues in the industry, “and a very, very sick population.” 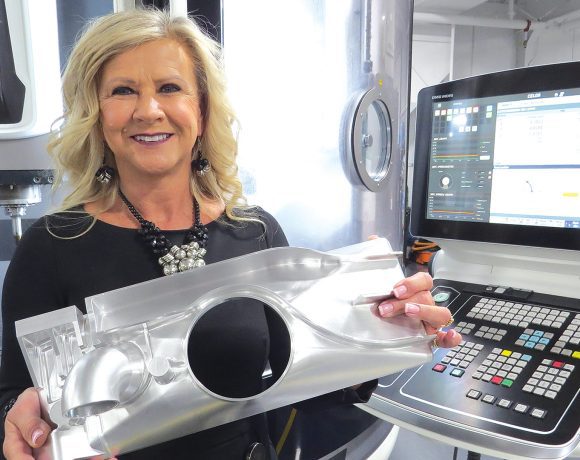