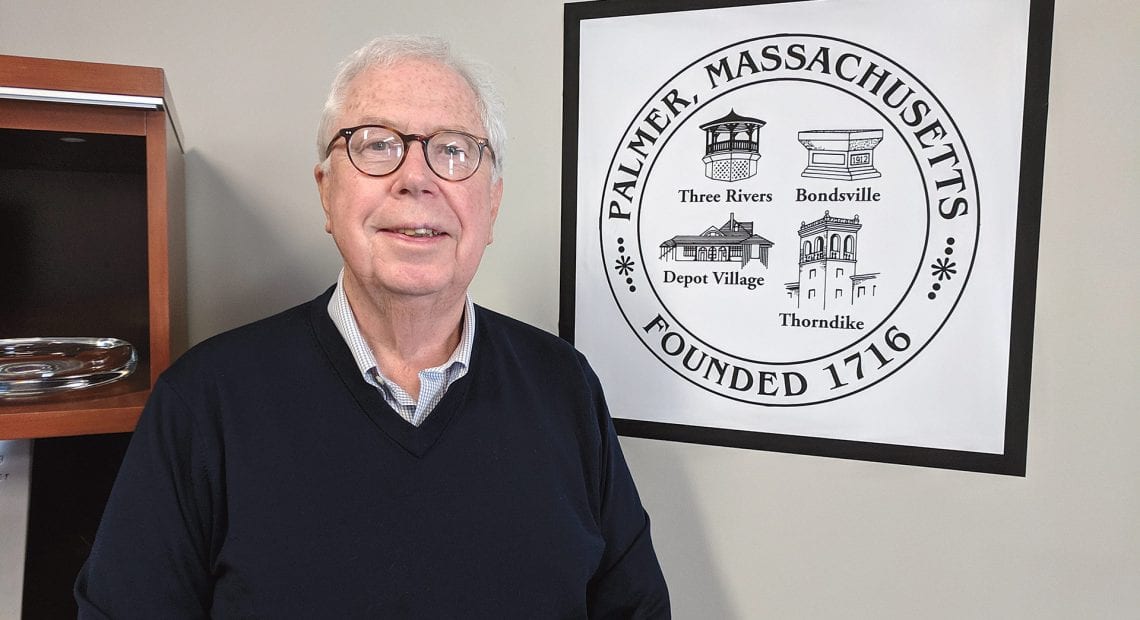 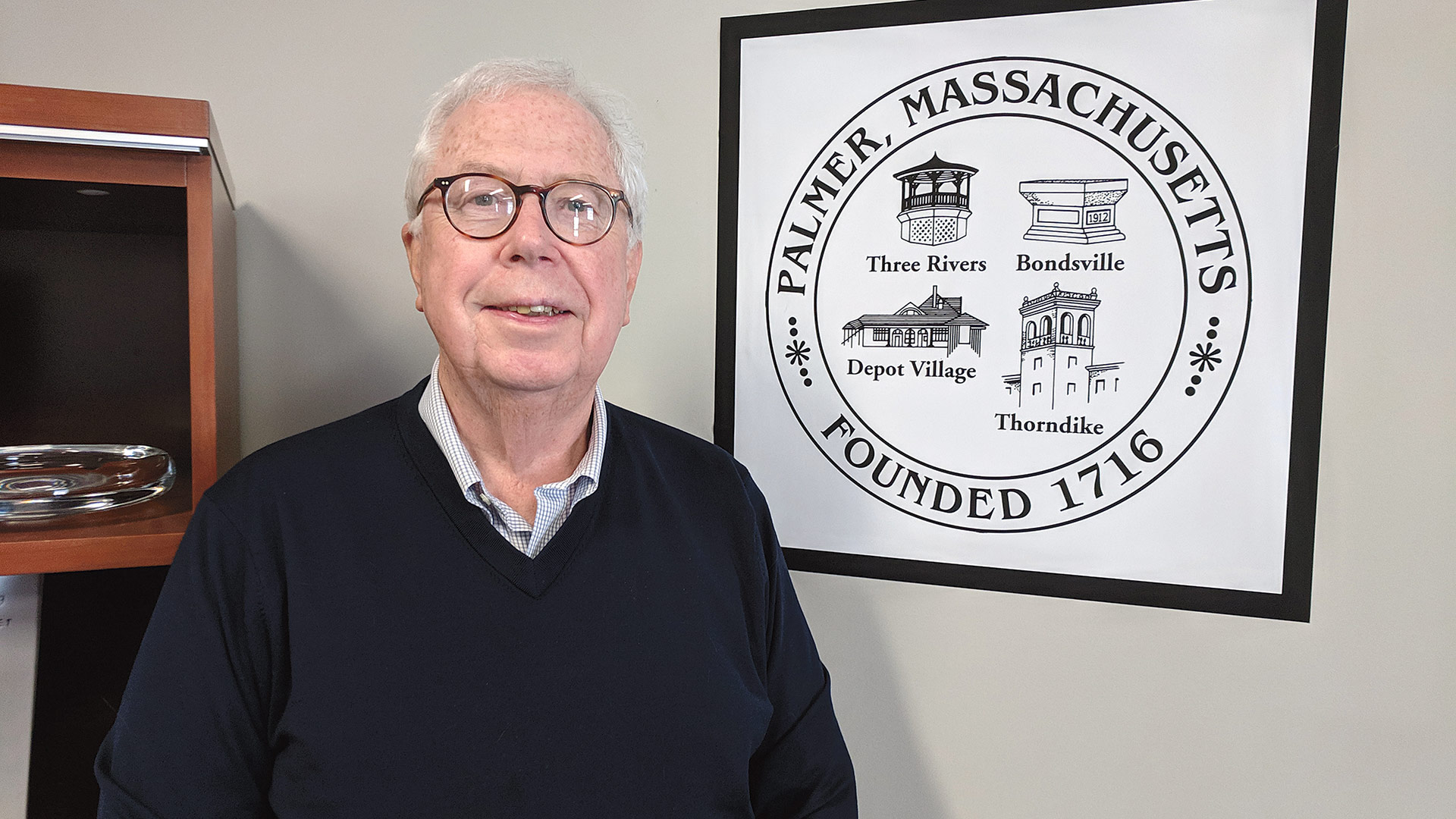 Charlie Blanchard says Palmer continues to make progress in its commerce centers and with green-energy projects.

Palmer’s leaders see the town as a destination — and hope the myriad players investigating east-west passenger rail service in Massachusetts view it the same way.

That’s why the Palmer Town Council recently established a citizens’ advisory committee and contracted with the UMass Center for Economic Development to study — and prepare a report on — the merits of an east-west passenger rail stop in Palmer, to be submitted to the state advisory committee currently looking into the feasibility of expanded east-west passenger service.

Those efforts included a recent meeting with community members to brainstorm about the pros and cons of the entire concept of east-west rail and Palmer’s place on any proposed line.

“Originally, the discussion was to have a relatively high-speed east-west route between, say, Boston and Springfield, or Boston, Worcester, Springfield,” said Charlie Blanchard, Palmer’s town manager. “If you add a stop in Palmer, what does it do to the timing? In fact, the timing doesn’t change that much. But the big benefit would be more ridership coming in or getting off the train, which would be a big deal.”

In a recent letter to state Sen. Anne Gobi, who attended the community meeting, Blanchard pointed out that Palmer is roughly central to Springfield and Worcester, and also at the center of a market that extends north to Amherst — and to institutions like UMass Amherst and Amherst College — and south to Storrs and the University of Connecticut. In short, it’s a point of connection in many directions that would benefit from expanded rail service.

Furthermore, the absence of a stop in what’s nicknamed the Town of Seven Railroads would mean commuters from the Quaboag region who want to travel by train to Boston would have to drive roughly 40 minutes per day to use Springfield’s Union Station or slightly more to access Worcester. Participants at the meeting believed Palmer-area residents would be loath to do either, limiting total ridership at a time when the state would be clamoring to maximize it.

In addition, “a train stop in Palmer would be a major stimulus in helping to provide quality housing for commuters at an affordable price. With the ability to commute by train, this would open up a very affordable housing market,” Blanchard wrote in his letter, adding that a stop would also stimulate the economy of a set of communities that have yet to capture the growth found to the east, while boosting Palmer’s own downtown revitalization and encouraging hospitality companies to build more lodging there.

In short, it would inject energy into a town that, while it has plenty to tout in recent years, could always use more.

“That opened in September, and was quite a big expansion,” Blanchard said.

Meanwhile, Palmer joined the ranks of the many Western Mass. communities to welcome the burgeoning cannabis industry in Massachusetts (see story, page 6), approving its first medical-marijuana facility on Chamber Road, including a 25,000-square-foot greenhouse and 3,200 square feet of retail space. Altitude Organic Corp. will move its headquarters from Colorado to a property on Thorndike Street in Palmer as part of the development, and expects to have plants growing in an indoor facility by October.

“It really is interesting to see the public acceptance of this new type of business,” Blanchard added, noting that the town’s laws allow for three retail cannabis locations in its commercial business district. “We’re looking forward to having them and seeing how successful they can be.”

In the Three Rivers section of town, progress continues at 2032 Main St., where the South Middlesex Opportunity Council is renovating the top floor to apartments and the bottom to retail — a mixed-use plan expected to infuse new residents into the neighborhood while attracting more shoppers.

“They ran into some structural issues — it was a bigger project than they thought — but activity continues,” Blanchard said. “It was completely gutted, and they had to do some reinforcing, but now it’s back on track.”

Property and business owners in Three Rivers have been engaging in a grass-roots revitalization effort for years, which includes changing the perception of the area and filling vacant storefronts. At the same time, the consortium known as On the Right TRACK (Three Rivers Arts Community Knowledge) has been working for some time to build a cultural and creative economy in the village.

On the culinary front in town, Stables Restaurant of Hadley recently opened a new restaurant at Burgundy Brook, on Route 181 on the north side of town. “When you go by there, you see a lot of cars and a lot of activity,” Blanchard noted.

Finally, the new rail spur installed at Sherwood Lumber Yard, in the town’s industrial park — a project that has been in the works since 2013, and funded through an Industrial Rail Access Program grant — allows the business to bring in materials by train, spurring significant expansion of the operation and helping the entire industrial park by unloading without clogging up other traffic.

“Now that the rail spur is completed, there’s more activity up there,” Blanchard said. “It also helped increase the rail capacity for the rest of the businesses there.”

Palmer also continues to embrace green-energy projects. In addition to 10 large-scale solar projects — producing 29.3 megawatts of electricity every year — and the installationin early 2018 of car-charging stations at Town Hall and the public library, the town has been working with Thorndike Energy and the Microgrid Institute to explore the benefits of a microgrid system that would access the hydropower and solar power generated at Thorndike Mills for emergency power.

“Thorndike Energy has hyropower over there, and generates electricity through hydropower,” Blanchard said. “They’re going to be adding some solar to it as well. You take those two renewable sources of electricity, and you add battery or other types of standby storage, so that you can store some of this power generated through a renewable source, and have it available in the event of an emergency.”

“Obviously, anything located at Thorndike Mills would benefit from it,” Blanchard said. “The benefit to overall economic growth would be to attract new businesses to Thorndike Mills, which right now is pretty underutilized. It would enhance their marketability to show they have this renewable stored energy there.”

It’s just one way in which Palmer is generating energy from an economic-development standpoint, and raising its profile as a destination and a connecting point to the rest of Central Mass. — a role it will continue to embrace regardless of the eventual fate of any east-west rail line. 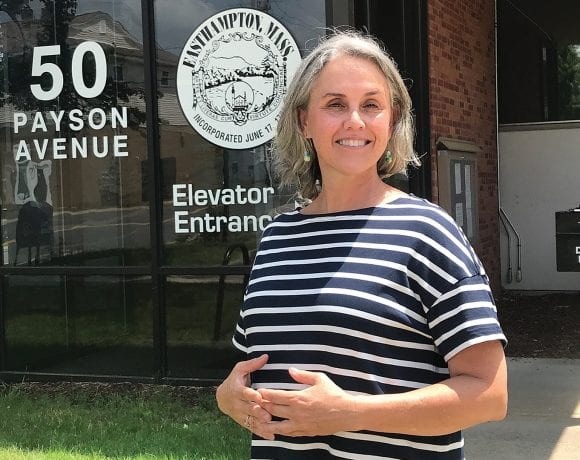 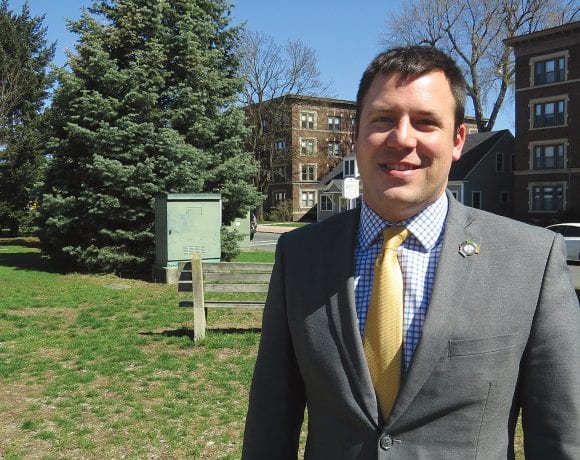 West Side Capitalizes on ‘Crossroads’ Location 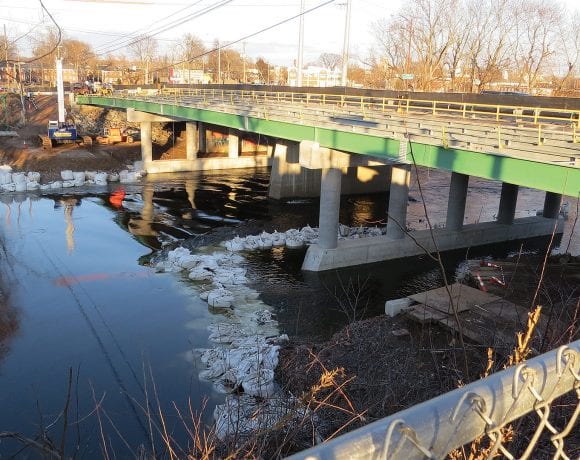