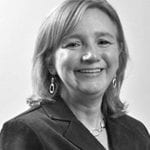 Melanson Heath announced the admittance of its new principal, Donna Yetter, CPA, CES. She has been working in public accounting for more than 30 years and is a part of the Commercial Services team out of the Greenfield office. Yetter joined the Melanson Heath team in 2007 and advises businesses and individuals on tax, management, and other accounting matters. She prepares corporate, partnership, individual, trust, and estate-tax returns; consults on business acquisitions and sales; and performs compilation and review services for financial reporting. Yetter received her bachelor’s degree in business administration with a concentration in accounting from Salem State University in 1985 and has been a certified public accountant licensed in Massachusetts since 1991. In 2016, she received her CES, (certified estate and trust specialist) designation, which expands her range of services to include estate planning and asset repositioning on behalf of financial-planning clients. She is a member of the Massachusetts Society of CPAs and the American Institute of Certified Public Accountants.

Michael Daly stepped down as president, CEO, and director of Berkshire Hills Bancorp, Berkshire Bank’s holding company. Berkshire Bank President Richard Marotta has been named CEO and president of the company and CEO of the bank. Sean Gray, chief operating officer of Berkshire Bank, will replace Marotta as bank president. The move comes a year after the financial institution moved its headquarters from Pittsfield to Boston, and the purchase of Worcester-based Commerce Bank helped grow Berkshire to its current $12 billion in assets, making it the largest independent Massachusetts-based bank. “I am extremely proud of the accomplishments that the employees of the company have achieved during my time as CEO,” Daly said in a statement. “When I began my tenure 16 years ago, Berkshire Bank was one of the smallest banks headquartered in Massachusetts with some 300 employees, and the company is now the largest with nearly 2,000 employees. I’ve built long-lasting relationships with many employees during this time who I will continue to view as my family.” 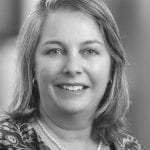 Judith Ward, an accomplished healthcare marketing professional, has been named vice president of Marketing & Communications for Baystate Health. In her new role, Ward will oversee marketing, digital/web, communications, public affairs, social media, creative services, loyalty programs, and special events at the Springfield-based health system, which includes hospitals in Springfield, Greenfield, Palmer, and Westfield, along with more than 100 medical practices at some 80 locations throughout Western Mass. Among the strategic marketing executive’s past accomplishments include conceiving and executing strategies that define, differentiate, and drive increased brand recognition, preference, customer loyalty, and market share. Ward comes to Baystate Health from Stanford Health Care in Palo Alto, Calif., where she led the organization’s strategic marketing efforts, developed award-winning advertising campaigns, and executed engaging Facebook Live strategies. Prior to her role at Stanford, she served as vice president of Network Marketing for Danbury Hospital and Western Connecticut Health Network, where she led the brand creation and strategy for the newly formed health network. She also served as principal of Judith Ward Associates, providing consulting services centered on the development and execution of strategic digital marketing plans. Ward holds an MBA with a marketing concentration from University of Connecticut and a bachelor’s degree from University of New Hampshire. She has served as an adjunct professor in the Master of Health Administration program at Western Connecticut State University and Marlboro College in Vermont. She is a member of American College of Healthcare Executives, the Society for Healthcare Strategy & Market Development, the Healthcare Executives Forum, and the California Assoc. of Healthcare Leaders.

Monson Savings Bank announced that Paul Hillsburg has joined the bank as vice president of Financial Advisory Services. He has more than 15 years of experience in the wealth and financial-services industry. He began his career as a financial advisor at Merrill Lynch and is now a financial advisor with Infinex Financial Group, located at Monson Savings Bank. Hillsburg specializes in all aspects of retirement and income planning for clientele consisting of small-business owners, successful professionals, families, individuals, and retirees. His primary objective is to work with clients on retirement income planning, wealth transfer, increasing income, maximizing overall returns, and reducing taxes. He holds FINRA Series 7, 66 securities registrations as well as life- and health-insurance licenses and a degree in business management. 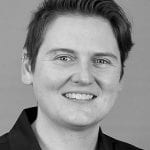 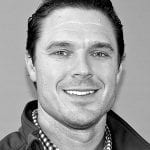 As part of a continuing effort to position the company for stronger growth and faster product innovation to better meet the changing global needs of its customers, OMG has promoted two employees, Nikki Long and Tom Ellerbrook, into key sales positions in its FastenMaster Division. Long has been promoted to the newly created position of director of Key Accounts, which was established to bring a strategic focus to the role that key-account management plays in FastenMaster’s growth plans. She will design and implement strategies to improve sales growth, customer relationships, customer service, and on-time product delivery at FastenMaster’s key accounts. She reports to John McMahon, vice president. A 15-year veteran of the company, Long has held a variety of sales and marketing positions since starting in 2003. Most recently, she was the manager of Home Centers for FastenMaster, where she excelled at driving the FastenMaster brand and footprint in the home-center channel. She holds a bachelor’s degree from Smith College. Ellerbrook has been promoted to director of Sales, responsible for developing and implementing strategic plans to exceed sales targets and expand market share. In addition, he is responsible for coaching and mentoring the sales team to achieve assigned goals, and for building a bench for the future. He also reports to McMahon. Ellerbrook has been with FastenMaster since 2011, most recently as the Northeast regional sales manager, where he was instrumental in building FastenMaster’s sales throughout the region. He holds a bachelor’s degree in business administration from UMass and an MBA from Western New England University.

Carmine DiCenso, executive director at Dakin Humane Society, was unanimously appointed to serve on the board of directors for the Assoc. for Animal Welfare Advancement (AAWA). The national organization, formerly known as the Society of Animal Welfare Administrators, is based in Surprise, Ariz. Its purpose is to create an association with professional administrators employed by organizations generally accepted to be a part of the humane movement. The goal of the board of directors is to design its management and annual conferences in an effort to continually enhance the standards of competence and integrity of its membership, as well as provide a significant benefit to the humane movement. DiCenso joins a team of more than a dozen animal-welfare professionals from around the country in serving on the board, which is chaired by Lisa LaFontaine of Humane Rescue Alliance.

The Springfield Thunderbirds announced a new staff hire to its front office with the addition of John Jones Jr. as an account executive. A native of Jupiter, Fla., Jones joins the Thunderbirds after serving as the general manager for Stretch Zone, an athletic and wellness company based in Jupiter, since March 2017, where he oversaw operations and sales/marketing strategies. Jones earned bachelor’s and master’s degrees from Florida State University, where he was a varsity letter winner as a member of the Seminoles football team, and was named to the FSU Athletic/Academic Wall of Fame.

The Greater Springfield Convention and Visitors Bureau (GSCVB) announced the addition of three new business leaders to its full Board of Directors. They are Dinesh Patel, DGP Properties, Chicopee and Springfield; Hershal Patel, BK Investments, Chicopee; and Peter Carmichael, director of Operations, Six Flags Theme Parks, Agawam. The three were formally voted onto the board during the organization’s recent annual meeting and will serve two-year terms expiring in September 2020. “We are so fortunate to have these three new directors on our board,” said Anthony Frasco, GSCVB board chairman. “They each are well-respected leaders within their own organizations and represent geographically and categorically diverse industries which are in turn important to travel and tourism. With Dinesh Patel, our board gains an individual committed to the development of downtown Springfield with the recent purchase of Tower Square Hotel. Hershal Patel, who has strong expertise in the strategic dynamics of Massachusetts’ hotel industry, is excited to bring new travelers to the region with the modern and refreshed hotel property Tru by Hilton in Chicopee. Peter Carmichael comes to us from the world of theme parks, which draws many thousands of visitors into our economy annually.” 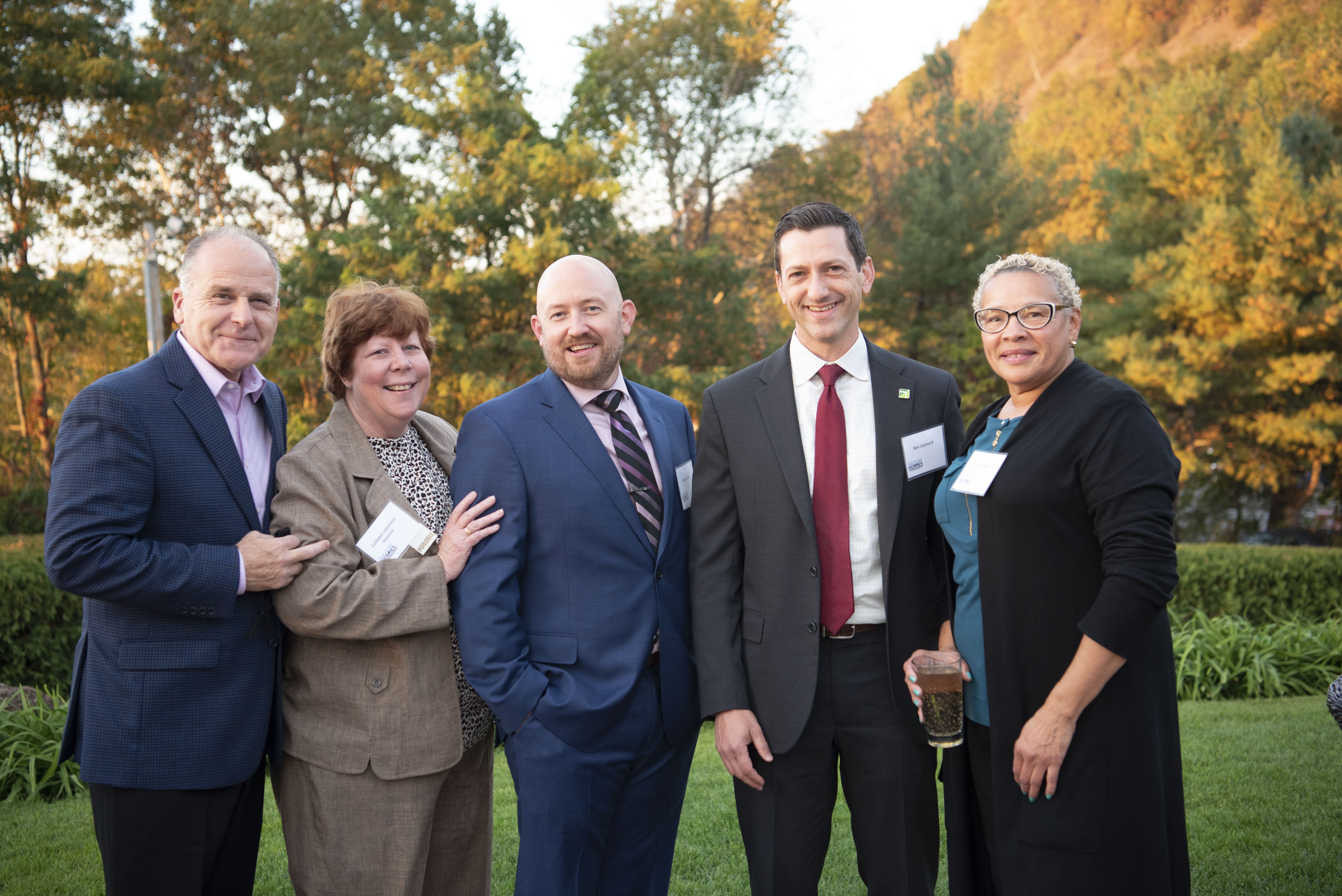