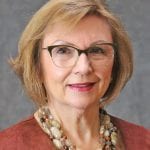 Elms College announced the promotion of Teresa Kuta Reske to the position of associate dean of Graduate and Doctoral Studies for the School of Nursing. Reske was on the leadership team that developed the doctor of nursing practice (DNP) program and has served as director since its inception in the fall of 2014. She will continue to lead the program in this new role. Among her accomplishments, Reske co-authored a chapter in DNP Education, Practice, and Policy: Redesigning Advanced Practice Roles for the 21st Century (2012) and is a journal reviewer for the Journal of Professional Nursing. In addition, she has presented locally, nationally, and internationally on DNP practice-related topics, patient-experience-related topics, nurse telephone triage, and nursing informatics. Reske holds a BS in nursing from Saint Anselm College, a MPA from the University of New Haven, an MSN in health systems from Vanderbilt University, and a DNP degree in executive nurse leadership from the MGH Institute of Health Professions. 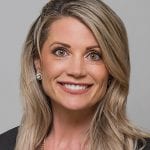 Florence Bank hired Jessica Wales to the position of vice president and branch manager of the Granby and Belchertown offices. Wales studied at Ashworth College, where she received her bachelor’s degree in management, and is currently pursuing an MBA in marketing there. She is also a graduate of the New England School for Financial Studies. She is a recipient of Florence Bank’s Community Support Award, an annual tradition established by the bank in 1997 that formally recognizes employees who are active participants in community events and donate their personal and professional time to local not-for-profit organizations. She was also recognized by BusinessWest in 2014 as a member of the 40 Under Forty, which celebrates young business and civic leaders in Western Mass. Wales serves her community as a board member of the United Way of Hampshire County and is an active member of its finance and investment committee. She also serves as a committee member of both the Western Massachusetts Women’s Business Network and Cooley Dickinson’s Golf FORE Health. 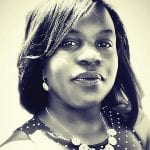 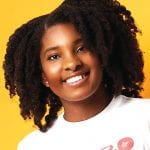 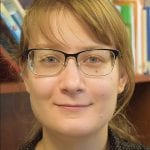 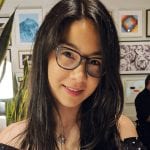 The Community Foundation of Western Massachusetts (CFWM) announced four new staff members, filling philanthropic and program support roles at the organization. Bianca Walker has been hired as philanthropic officer, Nikai Fondon has been hired as donor engagement coordinator, Anastasia Dildin has been hired as grants assistant, and Sophie Kanetani has been hired as scholarship program associate. Walker and Fondon will help deepen and broaden the organization’s fundraising and connection with donors. Walker has worked in the nonprofit field for the past 15 years, most recently as senior Development officer at the regional Alzheimer’s Assoc. office. She developed a strong sense of devotion to, and appreciation for, the nonprofit field through her experiences as an annual youth employee with a summer work program at Data Institute. She is currently attending Bay Path University, pursuing a degree in nonprofit management. Fondon previously served the Community Foundation for three years in the role of scholarship associate, and is bringing her knowledge of the younger community to her new role. A recent graduate of the Isenberg School of Management at UMass Amherst, Fondon has a strong passion for women’s empowerment, leadership, and education. Dildin will support the foundation’s programs team with database management and other administrative support. After graduating in 2018 from Central Connecticut State University with a bachelor’s degree in statistics, she served one year with AmeriCorps as a data analyst and mentor program manager at Grace Academy, a Hartford school dedicated to fighting poverty through education. She is currently enrolled in Central Connecticut State University’s geography graduate program. Kanetani, who will support CFWM’s scholarship program in her new role, is a graduate of Mount Holyoke College.

Bulkley Richardson partners Liz Sillin and John Pucci were named 2021 Lawyer of the Year recipients in their respective practice areas by Best Lawyers, in partnership with U.S. News Media Group. Sillin was recognized for trusts and estates, and Pucci was recognized for criminal defense (general practice), an honor he has held for the past 11 years. Lawyer of the Year rankings are awarded to one lawyer per practice area and region, making it a distinguished accolade. Honorees receive this award based on their high overall peer feedback within specific practice areas and metropolitan regions. 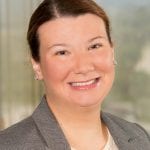 Attorney Amelia Holstrom, a partner at Skoler, Abbott & Presser, P.C., has joined the board of directors for the East of the River Five Town Chamber of Commerce (ERC5). Holstrom has been with Skoler Abbott since 2012 and was named a partner last year. She focuses her practice on labor law and employment litigation, including representing employers before state and federal agencies and in state and federal courts, providing counsel to management regarding litigation-avoidance strategies, reviewing and revising personnel policies and practices, wage-and-hour compliance, and separation and severance agreements. A seasoned employment-law attorney, Holstrom brings a unique perspective to the ERC5’s board. The mission of the ERC5 is to promote an environment that fosters the economic growth of the towns of East Longmeadow, Hampden, Longmeadow, Ludlow, and Wilbraham through the creation and expansion of businesses and jobs. Holstrom’s skills and community involvement have been recognized many times by outside organizations. She was selected to the Super Lawyers “Rising Stars” list in 2018 and 2019, and was a Massachusetts Lawyers Weekly “Up & Coming” honoree in 2017. In addition, she received the Massachusetts Bar Assoc. Community Service Award in 2016, and was selected by BusinessWest as a 40 Under Forty honoree in 2015. In addition to the ERC5, Holstrom is also on the boards of directors for Clinical & Support Options and Girls Scouts of Central and Western Massachusetts, and is an ad hoc member of the personnel committee for the Food Bank of Western Massachusetts. She previously served as clerk of the board of directors for Friends of the Homeless. She frequently speaks about employment-related legal topics for a wide variety of associations and organizations and is a regular contributor to the Massachusetts Employment Law Letter.

Greenfield Community College recently welcomed Judith Roberts, executive drector of the Literacy Project, to serve its board of trustees. Elected by her peers as the alumni representative, she was officially appointed to the board by Gov. Charlie Baker earlier this month. A single mother, Roberts came to GCC in her early 30s, when her youngest child was just 1 year old. After graduating from GCC in 1995, she went to Smith College, where she earned her bachelor’s degree with honors. From there she went on to Harvard University, where she received her master’s degree in community-based education and a certificate in nonprofit management. She later returned to Franklin County to become executive director of the Literacy Project, a Greenfield-based nonprofit offering free classes to adults across Western Mass. in basic skills, high-school equivalency, and college and career readiness.

Josie Brown has been named interim dean of the Western New England University (WNEU) College of Arts & Sciences. Brown joined the College of Arts & Sciences faculty in 2003, most recently serving as assistant dean for Arts and Sciences; professor of African-American, Caribbean, and Black Literatures; and student advisor, as well as the Study Abroad assistant director. As an undergraduate, Brown double-majored in English and African-American Studies at Bates College. She then went on to pursue a master’s degree in English at Queens College in New York. Brown earned her Ph.D. in English from Stony Brook University with a concentration in African-American, Caribbean, and Post-colonial Literatures. In September 2019, she was honored by the African American Female Professors Award Assoc. 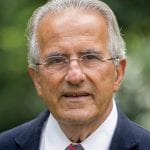 Dr. John Rousou has joined the board of trustees at American International College (AIC). In a career dedicated to cardiothoracic surgery, Rousou was chief of the Cardiac Surgery division at Baystate Medical Center until his retirement in 2018. Graduating with an undergraduate degree in biology from the American University of Beirut in Lebanon, Rousou received his medical degree from the American University of Beirut Medical School in 1970. Following an internship at the university, he relocated to the U.S., completing a residency in general surgery at the University of Rochester in New York, and a residency in cardiothoracic surgery at the University of Illinois Medical Center in Chicago, where he was also an instructor. Rousou and his associate, Dr. Richard Engelman, initiated the Cardiac Surgery program at Baystate Medical Center in 1978. He served as chief of the division from 2001 until his retirement. Combined with his responsibilities at Baystate Medical Center, Rousou served as assistant professor of Surgery at Tufts University School of Medicine and assistant clinical professor of Surgery at the University of Connecticut School of Medicine. In addition to the boards of Surgery and Thoracic Surgery, Rousou was a member of the American Heart Assoc., the Massachusetts Medical Society, the Hampden County Medical Society, and the Council on Cardiovascular Surgery. He is a member of the Society of Thoracic Surgeons and the American Assoc. for Thoracic Surgery, and is a fellow with the American College of Surgeons and the American College of Chest Surgeons. He had multi-year affiliations with the International Cardiovascular Society, the International Society for Artificial Organs, and the International Society for Heart Transplantation. 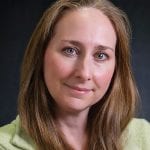 River East School-to-Career Inc. (RESTC) announced the appointment of Amy Scribner as its new partnership director. She replaces Loretta Dansereau, who retired in August after more than 16 years of service to the organization. River East School-to-Career is a business and education partnership under the MassHire Hampden County Workforce Board and the Department of Elementary and Secondary Education. The organization’s mission is to help students gain work experience, build employability skills, and explore career options to prepare them for their future careers. Throughout her career, Scribner has worked in banking, marketing, and education, and has served in various roles at RESTC since 2010, volunteering, serving on the executive committee, and taking on the role of business development. Scribner holds a bachelor’s degree in business and marketing from UMass Amherst and a master’s degree in leadership and negotiation from Bay Path University. 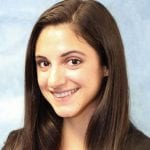 John Nordell, assistant professor of Visual and Digital Arts at American International College (AIC), is receiving acclaim for photographs he took at the beginning of the 1980s hip-hop scene in Boston. On Sept. 15, the prestigious Sotheby’s hosted its first-ever hip-hop auction, where the professor’s photos were featured. Among the auctioned items were two lots of previously unseen photographs, 42 images in all, taken by Nordell. His images are a peek into the beginnings of hip-hop with Hollywood Talent Night events with young artists including New Kids on the Block, the Almighty RSO, and DJ Rusty the Toe Jammer in the early years of what would become a cultural revolution. Growing up in Cambridge, Nordell said photography was always his calling, and he began honing his craft as a teenager. Returning to Boston after college, he persevered, ultimately finding work as a photojournalist for Time and other prominent publications.

Norcom Mortgage announced the addition of one of Franklin County’s top mortgage originators, April Healey. Healey has consistently been ranked in the top three of Banker & Tradesman’s monthly list of mortgage originators in Franklin County. “We are excited to add Ms. Healey to our mortgage-lending team,” Executive Vice President James Morin said. “Her vast knowledge of the various mortgage products allows her to provide more options to customers.” Miranda Ronke-Czarniecki, loan manager, added that “April has a reputation for finding solutions for her customers. She is an invaluable resource for consumers.” Prior to becoming a mortgage officer in 2012, Healey was a real-estate agent for 12 years. Her experience as a real-estate agent and understanding of the process from beginning to end has helped to make her a better mortgage officer.