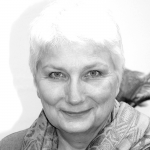 Michaelene Cronin has been named Executive Director of the Curtis Blake Center at American International College. Cronin will play a pivotal role in developing, solidifying, and expanding center services; serve as the liaison between the center and the college; and oversee the Curtis Blake Day School, Tutorial Services, AIC Supportive Learning Services, Diagnostic Services, and a summer instructional clinic. She will be responsible for designing and implementing new initiatives in order to broaden the center’s reach and enhance and strengthen its current programming. Cronin comes to AIC from Goddard College in Plainfield, Vt., where she served as the Associate Academic Dean for Undergraduate Studies. She earned her B.A. in English from the University of Michigan and her J.D. from the University of Detroit School of Law. Cronin has been a member of the National Academic Advising Assoc., the Autism Society of America, and the Aspergers Assoc. of New England.
•••••
Easthampton Savings Bank announced the following promotions and additions: 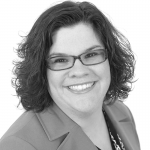 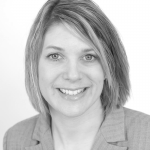 • Stacey Laliberte has been promoted to Project Management Officer. Laliberte joined the bank as a Teller in 2001 and held the positions of Customer Service Assistant, Deposit Operations Assistant, Teller CSR, and Project Coordinator before being promoted to Project Manager in April 2011. She graduated with an associate’s degree from Holyoke Community College and with honors from the New England School for Financial Studies in June 2012; 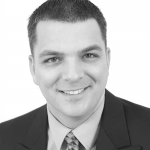 • Michael Fitzgerald has been promoted to IT Officer. Fitzgerald started with the bank in 2004 as a Systems Administrator and was promoted to IT Manager in November 2011. He graduated from the Graduate School of Banking’s Bank Technology Management School in April 2013; and 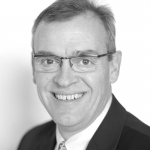 • Jeffrey Hutchins, who boasts more than 25 years of local banking and real-estate experience, has been hired as a mortgage originator. Hutchins opened Hutchins Realty in 1991, which later merged with Jones Town & Country to form Jones Group Realtors. Hutchins graduated from Babson College with a degree in Business Marketing. He also completed a Center for Financial Training Mortgage Training class. Hutchins is a member of the Realtor Assoc. of Pioneer Valley and Nationwide Mortgage Licensing System.
•••••


MassMutual’s Retirement Services Division recently announced the following additions to its sales and client management organization:
• Jason Bouldin, based in Atlanta, joined MassMutual as Managing Director covering Alabama and Georgia. Bouldin brings more than 15 years of industry experience to the company and previously served with Great-West Financial and the Hartford; 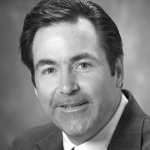 • Lauren Drapeau rejoined MassMutual as Regional Sales Director covering Connecticut (excluding Fairfield County). Drapeau has more than 13 years of industry experience and previously served as an Annuity Wholesaler with MassMutual before her most recent role with MetLife; • Jon Ogren has been named Regional Sales Director covering Kansas, Nebraska, and Western Missouri. Based in Overland Park, Kan., Ogren has more than 15 years of experience in the retirement-services industry, previously serveing with the Standard and Northwestern Mutual; and 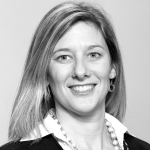 • Mary Kay Zoulek joined MassMutual as Regional Sales Director for Western Michigan. Based in Grand Rapids, Mich., Zoulek brings more than 12 years of industry experience to her new role, all of which was built serving advisors across Western Michigan. Before joining MassMutual, Zoulek served with John Hancock and Principal Financial Group.
••••• PeoplesBank has announced the promotion of Janice Mazzallo to Executive Vice President and Chief Human Resources Officer. Mazzallo previously served the bank as Senior Vice President of Human Resources, and has more than 30 years of human-capital-management experience, including serving as Second Vice President, Human Resources, at the Phoenix Companies in Hartford. Since joining PeoplesBank in 2005, she has partnered with management to drive change and develop strategies that achieve strong business results. She planned and directed the bank’s three-year strategic-planning process, developed human-resource programs that support a high-performance culture, and implemented a best-in-class Leadership Development Program that benchmarked Ritz Carlton Business Practices, as well as a Management Development Program. During Mazzallo’s tenure, PeoplesBank has been named a Top Place to Work by the Boston Globe on two occasions and was selected as an Employer of Choice by the Massachusetts Chamber of Commerce.
••••• 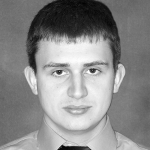 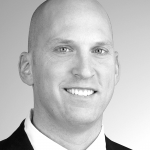 Marc Richards has rejoined Tighe & Bond Inc. as the engineering firm’s newly appointed Vice President of Environmental Services. A Licensed Site Professional (LSP), Richards has more than 20 years of brownfields redevelopment, environmental assessment and cleanup, hazardous-building materials abatement and demolition design, and construction management experience. He offers both public- and private-sector clients tailored expertise and solutions for complex environmental challenges. Besides LSP and Massachusetts Contingency Plan (MCP) services, Richards’ expertise includes oversight of environmental permitting, as well as above- and below-ground site cleanup, throughout the Northeast. His portfolio includes a wide variety of land-development projects where he has worked with stakeholders to advance improvements while protecting the environment and its natural resources. Richards earned his MS in environmental engineering from Tufts University and his BS in civil engineering from UMass Amherst. Richards is a licensed professional engineer in Massachusetts and New Hampshire and is active in the American Society of Civil Engineers, the Licensed Site Professional Assoc., the Environmental Business Council, the National Assoc. for Industrial and Office Parks, and the National Demolition Assoc. Richards will work primarily out of Tighe & Bond’s Worcester office, but his involvement will be region-wide.
Tags: Construction Law People on the Move Technology