Macy’s Backstage to Open Full-line Store at Holyoke Mall, One of 11 Nationwide 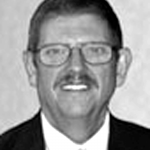 • Robert Massey has been named Chief Operations Officer. He has more than 38 years of experience in banking, most recently serving as chief financial officer, a position he had held from 2008. He began his banking career with Amherst Savings Bank in 1976. During his career, Massey has held senior positions of responsibility for financial reporting, investments, retail banking, information technology, bank operations, human resources, and auditing. He joined Hampden Bank in 1991 as its treasurer. He is a 1973 graduate of Holyoke Community College and 1975 graduate of UMass Amherst. He has served on the boards of several community organizations and is currently president of Hampden Savings Charitable Foundation, treasurer of Hampden Bank Charitable Foundation, treasurer of Nonotuck Resource Associates Inc., audit committee chairman for the Western Mass. Council of Boy Scouts of America, and a board member for the American Red Cross Pioneer Valley Chapter. Massey has been past president of the Great Trails Council Boy Scouts of America, finance officer of American Legion Post 271, and a former instructor for the Center for Financial Training; and 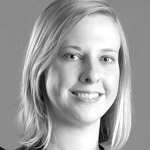 • Tara Corthell has been named Chief Financial Officer. She joined Hampden Bank in 2006 as vice president, finance manager. In 2013, she was promoted to senior vice president, director of finance, and she oversees the finance and accounting areas, including internal and external financial reporting, managing the accounting department, budgeting, investments, borrowings, and other finance and accounting functions. She earned a bachelor’s degree in finance and accounting as well as a master’s degree in accounting from Western New England University. Prior to joining to the bank, she held accounting and finance positions at the Hartford Insurance Co. in Connecticut and State Street (formerly Investors Bank and Trust) in Boston. She is an active member in several professional organizations and a student mentor at Brookings Elementary School in Springfield.
•••••
North Brookfield Savings Bank (NBSB) announced several promotions in its branches and corporate offices: 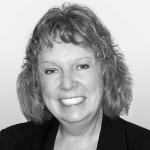 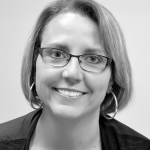 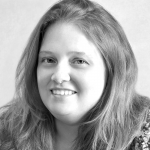 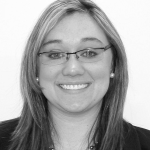 • Branch Administrator Tammy Martin has been promoted to Assistant Vice President/Branch Administrator. Martin received her bachelor’s degree from Worcester State College (now Worcester State University) and has more than 10 years of experience in the banking industry. She has been at NBSB for nearly two years; and
• Credit Analyst Courtney Fitzmaurice has been promoted to Assistant Vice President/Commercial Portfolio Manager. A graduate of Worcester State University and the Massachusetts Banker’s Commercial Lending School, Fitzmaurice joined the bank in 2011. As commercial portfolio manager, she will work directly with small businesses through the expanding Business Center at NBSB, which offers a wide range of loan and deposit products for business customers. The Business Center was also recently named a preferred lender for the U.S. Small Business Administration.
•••••
Berkshire Hills Bancorp Inc. announced that William Ryan has been appointed to its board of directors as Chairman. Ryan was formerly chairman of the board and CEO of TD Banknorth. The company also announced that Lawrence Bossidy has retired from Berkshire’s board of directors. Bossidy has served as Berkshire’s lead independent director since 2012, and previously served as chairman since 2002. Ryan is the majority owner of the Maine Red Claws, an NBA Development League basketball team affiliated with the Boston Celtics. He also serves as a trustee of the Libra Foundation and serves on the board of advisors at the University of New England.
••••• 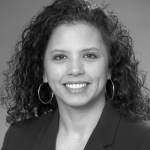 PeoplesBank announced the appointment of Cheri Mills as Assistant Vice President and Consumer & Business Banking Center manager at the St. James Avenue office in Springfield. She brings more than 27 years of banking experience to her new position. Mills attended Holyoke Community College and Elms College. She serves as the president of the Wilbraham Middle School PTO, registrar and volunteer coordinator for the Falcon Youth Football Assoc., and secretary/treasurer of the Morgan Memorial Scholarship Foundation.
•••••
Baystate Health recently announced three leadership appointments for its regional community hospitals:
• Steven Bradley succeeds Chuck Gijanto as President of Baystate Franklin Medical Center and the Baystate Northern Region. Bradley has served for 14 years as Baystate Health’s vice president for Government and Community Relations and Public Affairs. He led the team that garnered state approval for Baystate Medical Center’s $300 million Hospital of the Future project, and more recently helped facilitate a resolution to a lengthy labor dispute at Baystate Franklin Medical Center. Prior to joining Baystate Health, Bradley served as regional director for what was then known as the Mass. Department of Mental Retardation, where he carried administrative, financial, and regulatory responsibilities and provided leadership to 6,000 direct and contract employees serving thousands of patients and families in the region. Bradley also served as chief of staff to state Sen. Stanley Rosenberg (D-Amherst), and has grown to know Franklin County well in that role and in his subsequent positions. He has served as selectman in the town of Pelham and as board president for the Massachusetts Public Health Assoc., and is past chair of the board of trustees for Springfield Technical Community College and the Affiliated Chambers of Commerce of Greater Springfield’s legislative affairs committee;
• Dennis Chalke has been named Senior Vice President of Community Hospitals for Baystate Health, an expansion of his current role. Chalke currently serves as Chief Financial Officer and Treasurer for Baystate Health, and will continue in that role in addition to his new position. In his expanded role, he will oversee the presidents of Baystate’s community hospitals and regions. He has more than 26 years of healthcare experience, having joined Baystate in 1988. Chalke holds an MBA from UMass Amherst and a bachelor’s degree in economics from Ithaca College; and
• Dr. M. Shafeeq Ahmed will continue in his role as Chief Operating Officer and Chief Medical Officer for Baystate Mary Lane Hospital, and will also serve as Acting President of Baystate Mary Lane Hospital. Ahmed’s responsibilities include leadership for inpatient and outpatient practice operations, hospital medical-staff oversight, provider recruitment, quality and patient-satisfaction program oversight, leadership development, strategic planning, and financial stewardship. He was recently named one of “100 Hospital and Health System Chief Medical Officers to Know” by Becker’s Hospital Review. Prior to his arrival at BMLH, Ahmed had served as president of the medical staff, chief of Ob/Gyn, and a member of the board of directors at the Naval Hospital at Cherry Point in North Carolina. Ahmed is also a member of the Baystate Medical Practices board of directors, and he has served as vice president of the BMLH medical staff. He completed his bachelor’s and master’s degrees at Boston University, received his doctorate in medicine from Boston University School of Medicine, and completed his ob/gyn residency training through Tufts University at Baystate Medical Center.
Additional leadership appointments for the Baystate Eastern Region will be made at a later date, with Ahmed continuing to serve in a senior leadership role.
••••• 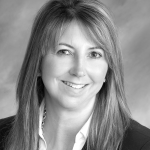 Florence Savings Bank announced that Danielle Drapeau has joined the bank as a Mortgage Production Officer. Drapeau brings more than 20 years of banking experience to her new role with FSB. Most recently, she was an underwriter-officer with United Bank, located in West Springfield. Her experience includes underwriting loans that include FHA, VA, Fannie Mae, and USDA Farmers Home. FSB President and CEO John Heaps Jr. said that “Danielle is a welcome addition to our team here at Florence Savings Bank. Her expertise will provide tremendous value to us and to the customers we serve.”
•••••


David Chase, vice president and commercial lender for Hampden Bank, was recently named a 2014 Community Bank Hero by Banker & Tradesman magazine. This honor is given to business professionals who provide outstanding service to their clients, and who have gone above and beyond for the community. Chase was recently honored at an awards gala held at the Hyatt Regency Hotel in Boston. A lifetime resident of Western Mass., he is actively involved with several organizations, including the West of the River Chamber of Commerce as a board member. Chase is also a board member of the Gray House, where he volunteers his time to the organization’s efforts to revitalize the community.
Tags: Insurance People on the Move Technology