PeoplesBank has announced the promotions of several key associates: 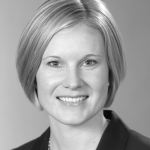 • Karen Buell has been promoted to Vice President, Customer Innovation Lab. Buell possesses more than a decade of banking experience. She joined the bank in 2006 and previously served as assistant vice president, eChannel officer. Buell holds an MBA from the Isenberg School of Management at UMass Amherst and a bachelor’s degree in business administration from Houghton College. In 2010, she was recognized as a BusinessWest 40 Under Forty award winner, and she received the Uncommon Volunteer award from the Greater Northampton Chamber of Commerce in 2011. Buell volunteers at Chicopee Comprehensive High School, where she teaches financial literacy. 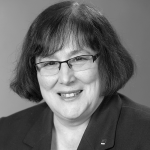 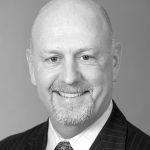 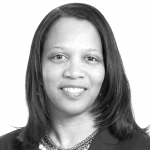 William Crawford IV, CEO of United Financial Bancorp Inc. and United Bank of Glastonbury, Conn., announced the hiring of Moyah Smith, who has taken on the primary role of United’s community outreach officer, responsible for covering Western Mass. In this role, Smith has assumed a number of key responsibilities, including organizing and participating in financial-literacy programs and classes where local residents can learn more about a range of important topics such as money management, the homebuying process, and how to repair and maintain good credit. She will also leverage her mortgage banking experience and strong ties to the Western Mass. region to promote and guide local residents through the entire homebuying process from application to closing. Her volunteerism and reputation in the Western Mass. community is extensive; she has dedicated her time to several nonprofit organizations, including Habitat for Humanity, Rebuilding Together Springfield, Relay for Life, the Alzheimer’s Assoc., and Project Clean Up Springfield, among others. She also volunteers weekly as a personality for the local nonprofit community radio station WTCC-FM at Springfield Technical Community College. In addition to serving as the community outreach officer in Western Mass, Smith will also hold the title of mortgage loan officer for United Bank. She gained considerable mortgage banking experience while working as a MLO for Wells Fargo Home Mortgage in West Springfield from 1998 to 2004. Smith was also a Realtor and MLO with Keller Williams Realty in Longmeadow from 2004 to 2009. Before coming to United, Smith was a regional account executive with Elavon Inc., where she worked with banks and credit unions in delivering business solutions for small to mid-sized banks and providing merchant services to the company’s commercial customer base. Smith is based at United Bank’s offices at 95 Elm St. in West Springfield. She reports to Lisa Kraus, vice president and Western Mass. sales manager.
•••••
The Springfield Symphony Orchestra (SSO) announced that Peter Salerno will return to the post of Executive Director for an interim period as the board of trustees begins a nationwide search for permanent leadership. Salerno, a local business leader and long-time member of the orchestra’s board of trustees, served in this capacity prior to the hiring of outgoing Executive Director Audrey Szychulski. In January of this year, Szychulski announced her acceptance of a new position with the Colorado Springs Philharmonic, leaving the Springfield Symphony Orchestra with enhanced sponsorship and a strengthened business plan. In addition to serving on the orchestra’s board of trustees, Salerno teaches at Bay Path University and Clark University, serves as Finance chair of the Hampden-Wilbraham Regional School Committee, and is lead consultant for Management Solutions, LLC. He looks forward to bringing his decades of business experience to his position with the symphony. In the upcoming months, the SSO board of trustees will oversee a nationwide search for a permanent executive director, with the goal of having that individual in place by early fall 2015, as the symphony enters the beginning of its 72nd season.
••••• 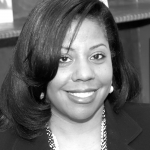 Nicole Griffin, president of Griffin Staffing Network, LLC in Springfield, has been selected as the recipient of the Urban League Community Builder Award for 2015. Griffin began her career in the financial industry, but after 12 years, she shifted into the staffing and recruitment field. She has several years of experience as a human-resources professional, including employee relations, recruitment, and retention. Her ability to understand the needs of a client led her to establish Griffin Staffing Network (GSN), now made up of a team with a combined 26 years of experience in staffing and recruitment. Focusing more on quality than quantity, GSN places top talent from call-center to C-level management positions in temp, temp-to-hire, contract, and permanent-placement structures. Griffin says her goal is to empower the community through employment opportunities and career development. Griffin was named to the 40 Under Forty by BusinessWest magazine in 2014. She serves on the board of SABIS International Charter School, the board of directors for Intercity Youth Inc., the committee of the Women Leadership Council, and the Plan for Progress Coordinating Council, and is a participant in the 2014-15 Leadership Institute for Political and Public Impact Program. For more information about Griffin Staffing Network, visit www.griffinstaffingnetwork.com. For more information about the Urban League of Springfield, visit www.ulspringfield.org.
••••• 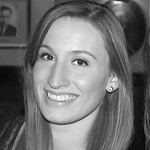 Residence Inn Chicopee announced that Samantha Peia has been appointed the hotel’s new Director of Sales. The four-story, 115-room hotel is located at 500 Memorial Dr. and has been open since September 2013. In her new role, Peia will be responsible for leading and directing the development and implementation of strategic sales and marketing plans. Prior to joining Residence Inn, she was senior sales manager at Courtyard by Marriott in Farmington, Conn. She holds a bachelor’s degree in hospitality management from Boston University and has worked in multiple positions with Marriott hotels. “Based on Samantha’s outstanding record, we are confident that she will be instrumental in ensuring the success of the Residence Inn Chicopee,” said Karen Warren, the hotel’s general manager.
•••••
Climate scientist and Distinguished Professor Raymond Bradley, director of the Climate System Research Center at UMass Amherst, has won a 2015 national Texty award for excellence for his book, Paleoclimatology: Reconstructing Climates of the Quaternary, which provides an overview of methods for reconstructing ancient climatic and of historical climate changes during the past 3 million years. The Text and Academic Authors Assoc. (TAA) announced seven 2015 Texty awards on Feb. 25. They will be presented to the authors during a lunch at the association’s 28th annual Textbook & Academic Authoring Conference in Las Vegas in June. Bradley’s 700-page text, published in its third edition by the academic press division of Elsevier this year, discusses such topics as natural climate variation, dating methods, ice cores, marine sediments, lake sediments, non-marine geologic evidence, pollen, corals, tree rings, and historical documents. In the introduction, he explains that paleoclimatology is the study of climate in the period before the tiny fraction of the Earth’s history that can be told using instrument measurements. He points out that a longer view can be obtained by studying climate-dependent natural phenomena that provide a proxy record of climate in the past. Such records can be combined and built up to help scientists theorize and test hypotheses about causes and mechanisms of climate variation that may still be at work today. Bradley, professor of Geosciences at UMass Amherst, said, “I was quite surprised to learn about this award, but I’m really pleased. I learned a lot writing the book, so it’s gratifying to know that others appreciate the result.” The TAA is the only nonprofit membership association dedicated solely to assisting textbook and academic authors. Its mission is to support textbook and academic authors in creating top-quality educational and scholarly works that stimulate love of learning and foster the pursuit of knowledge.
Tags: Employment People on the Move Sales and Marketing