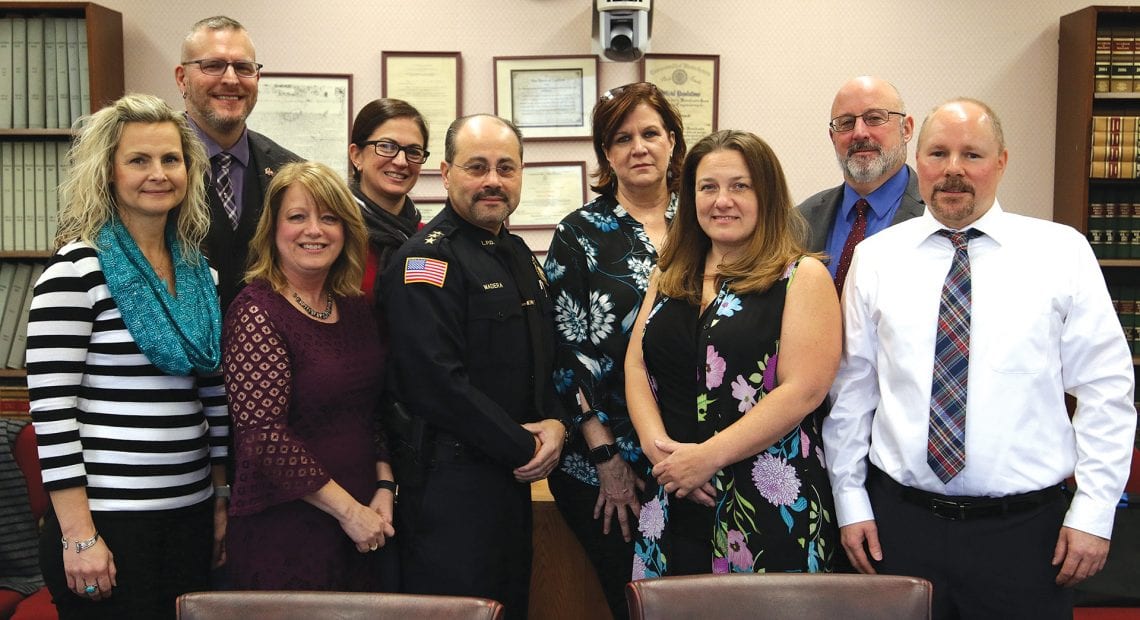 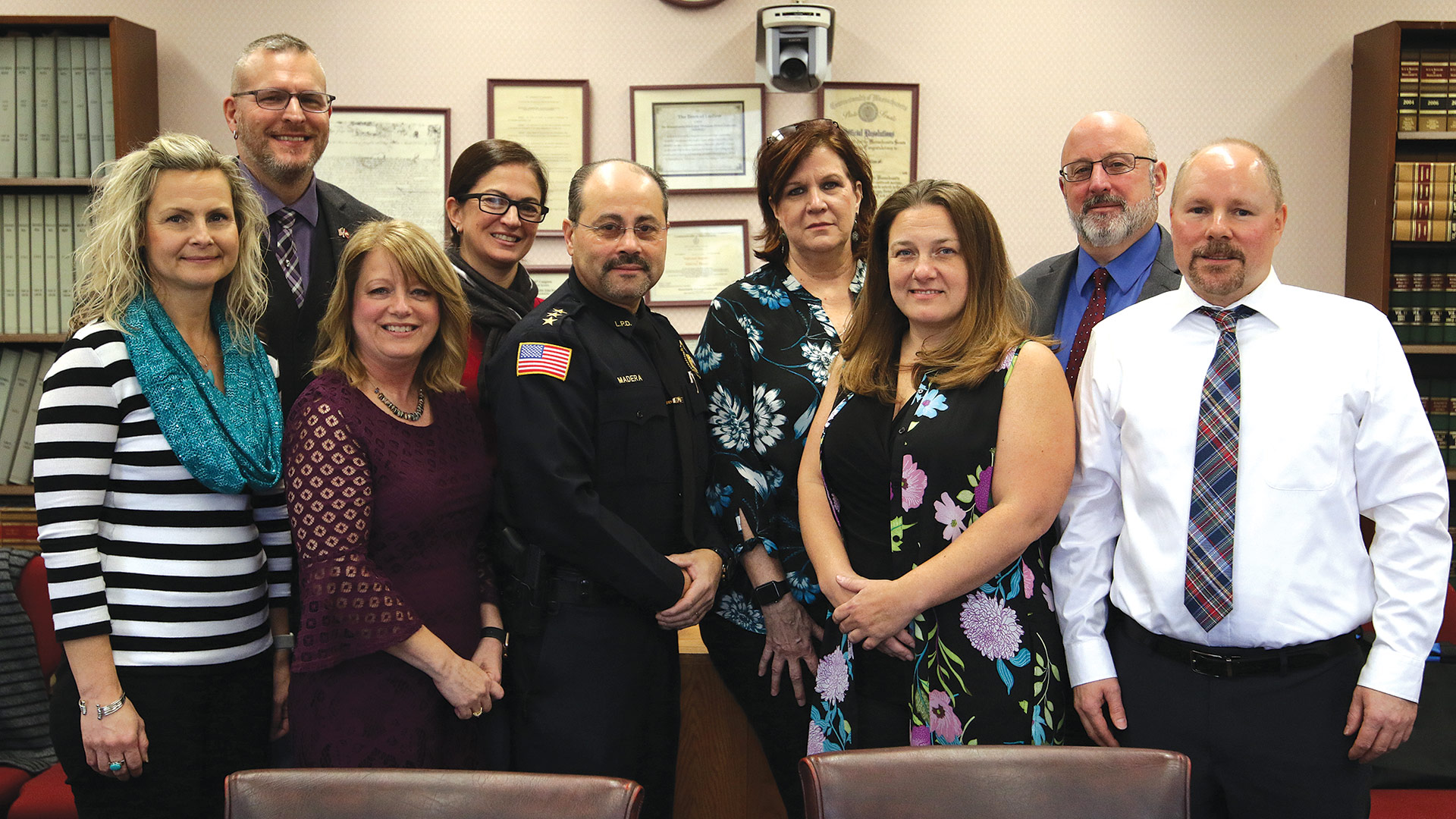 Some of the municipal leaders who spoke with BusinessWest about economic development and progress in Ludlow.

For more than a decade now, the Ludlow Mills project, a 20-year initiative that is changing the face of that historic complex and bringing jobs, new businesses, and new places to live to this community, has been the dominant talking point when it comes to the subject of economic development here.

But municipal officials are quick to point out that it’s just one of many intriguing stories unfolding in this town of around 21,000 people, the sum of which adds up to an intriguing, very positive chapter in the history of this community across the Chicopee River from Indian Orchard.

Indeed, there are a number of both municipal and private-sector commercial projects in various stages of development that are keeping town officials busy, and providing ample evidence that this is a community on the rise — in many different respects.

On the municipal side of the equation, construction of a new elementary school, approved by town voters in the spring of 2018, is underway. The facility, to be called Harris Brook Elementary School, will essentially combine the Chapin Street and Veterans Park elementary schools, two aging structures, under one far more efficient roof. It is being constructed on the playing fields adjacent to the current Chapin school.

“It’s always a balancing act. You want to give the students the world, but there’s only so much we can do within the constraints of our budget.”

Meanwhile, construction will soon begin on a new senior center that will replace a facility deemed generally unsafe and largely inadequate for the town’s growing senior population.

“We’re in the basement of a 115-year-old building that used to be a high school and junior high school,” said Jodi Zepke, director of the Council on Aging, adding that the long corridors in the structure are difficult for seniors to navigate. “We’ve done a lot with what we have, but it’s time for a new building.”

The town is also implementing a new communication system, a central hub for police, fire, and EMT services, and has embarked on an extensive renovation of Center Street, the main business thoroughfare, a project in the planning stages since 2008 and deemed long-overdue, said Town Administrator Ellie Villano.

“This is a MassDOT state construction,” she said, explaining that the Commonwealth is paying for the changes to the road. “It widens Center Street and adds a center turn, bike lanes, and new sidewalks.”

All this will make Center Street more presentable and easy to navigate for visitors to two new fast-food restaurants that will take shape there in the coming months — a Wendy’s and a KFC.

These various developments present a combination of benefits and challenges — benefits such as tax dollars and additional vibrancy from the new businesses, and challenges when it comes to paying for all those municipal projects. But the former should definitely help with the latter, said Derek DeBarge, chairman of the Board of Selectmen.

“One of the challenges is that a number of these big projects have all happened at the same time,” added Todd Gazda, superintendent of Ludlow schools. “We’re having to essentially prioritize all of these things, which are all important projects.”

For the latest in its long-running Community Spotlight series, BusinessWest talked with a number of town officials about the many forms of progress taking place and what they mean for the community moving forward.

That’s the word DeBarge repeated several times when asked about the motivating factors behind all the recent municipal projects.

“My concern is obviously trying to do better with our taxes,” he said, adding that a growing senior population, many of whom are living on a single income, is also at the top of the list. “As this revenue is coming in, with the solar, the KFC … it’s all tax-based revenue for us. And the more revenue that comes in, the better we can do for our departments, and that means the better we can do for our tax base, and that’s better for our constituents and for everyone.”

Elaborating, he said that, while town officials have worked hard to secure grants for these municipal projects — and they have received quite a few — the town must bear a good percentage of the cost of each project, which presents a stern budget challenge.

Education, and the need to modernize facilities, is just one example of this.

Gazda said the town has been doing a lot of work on the schools recently to improve the quality of educational services provided to students, and one of the top priorities has been to do it in a cost-effective and fiscally responsible manner.

“It’s always a balancing act,” he said. “You want to give the students the world, but there’s only so much we can do within the constraints of our budget.”

Gazda noted that maintenance costs on both Chapin and Veterans Park elementary schools, both built around 60 years ago, had become exorbitant. So a decision was made to put forth a proposal to the Massachusetts School Building Authority.

“We’re currently under budget and ahead of schedule,” he said of the $60 million project, adding that the new facility is slated to open in the fall of 2021 with an estimated student enrollment of 620 to 640 students.

About 10 minutes down the road on the corner of State Street and First Avenue, the new, 18,000-square-foot senior center is under construction and due to open in roughly a year.

Like the new school, its construction has been prompted by the need to replace aging facilities and provide the community with a center that is state-of-the-art.

“It’s no secret that there’s more people over 60 than under 20, and that population of seniors is only going to continue to grow,” said Zepke. “We just took a hard look at the numbers, and we can barely accommodate what we have now.”

As for the new communications system, Ludlow Police Chief Paul Madera says this will make communication between all town entities and the central hub much easier, using radio rather than having to pick up a phone.

“All of our communication systems are in need of refurbishing, so the most prudent and fiscal approach was to combine them all together,” he said, adding that this project, with a price tag of more than $4 million, includes the implementation of a public-safety dispatch which combines police, fire, and EMS services into one center.

While these initiatives proceed, the town is undertaking a host of initiatives aimed at improving quality of life and making this a better community in which to live, work, and conduct business.

Ludlow CARES is one such effort. A community-run organization, it was launched with the goal of educating children and their parents on drug and alcohol abuse in response to the opioid epidemic. Now, DeBarge says it has spread to become much more than that, and has inspired other towns and cities to adopt similar programs.

“It has gotten huge to a point where it has gotten other communities involved with their own towns in a similar way,” he said.

Another organization, the Michael J. Dias Foundation, serves as a resource and a home for recovering addicts.

All these initiatives, DeBarge, Madera, and other town officials agreed, reflect upon the tight-knit community that Ludlow has become.

As nine town officials sat around the table informing BusinessWest about everything going on in Ludlow, they spoke with one voice about how, through teamwork at City Hall and other settings, pressing challenges are being undertaken, and economic development — in all its various forms — is taking place.

“Our staffs are doing a tremendous job,” Madera said. “They’re wearing multiple hats doing multiple jobs. There’s always room for improvement, but the fact is, they have to be given credit because they’re the boots on the ground.”

And they are making considerable progress in ensuring that this community with a proud past has a secure future. 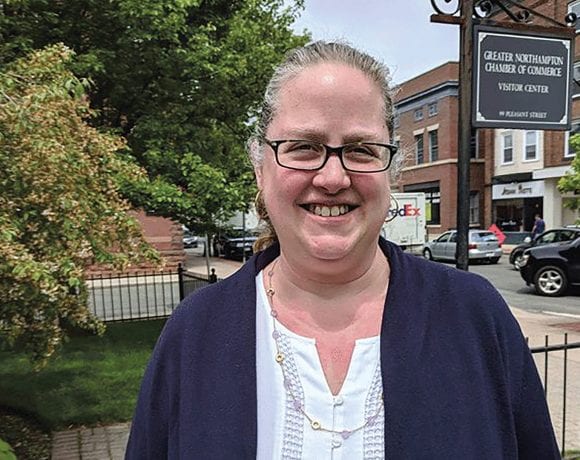 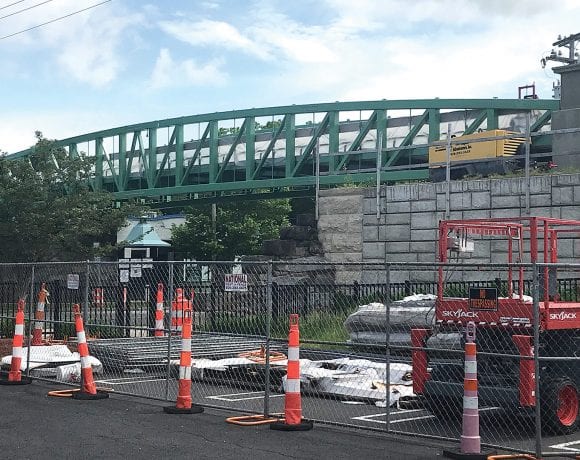 Westfield Grateful to Move Past Pandemic