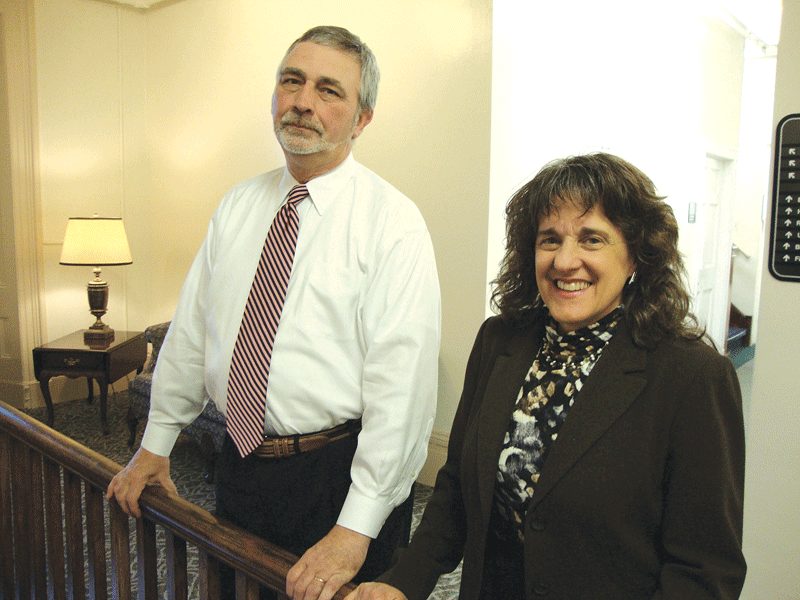 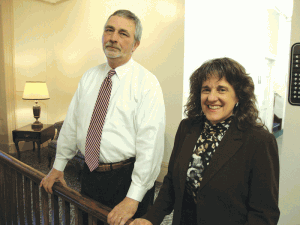 Jeff Hayden says it all comes down to one word: transformation.
That was his way of describing, in a succinct yet meaningful way, an initiative to assist the unemployed and underemployed that has a long name and a broad set of goals.
It’s called the Massachusetts Community College and Workforce Development Transformation Agenda (MCCWDTA), and it’s part of nearly $500 million in grants for community colleges in all 50 states that will help workers around the country. U.S. Secretary of Labor Hilda Solis called this the first step in preparing a workforce for “high-wage, high-skills fields.”
Hayden, vice president of Business and Community Services at Holyoke Community College, put it another way.
“The expectation sometimes in today’s world is that education is not meeting the needs of the workforce,” he explained, “because they’re not connected, or because there are bureaucratic systems in place that just don’t mesh with the business world. The grant will connect education to workforce in a way that transforms the systems that we have.”
Spearheaded by Quinsigamond Community College in Worcester, the MCCWDTA is a three-year, $20 million package that will involve all 15 Massachusetts community colleges, and is intended to target several industries, including health care, information technology, manufacturing, life sciences and biotechnology, clean energy, and financial services and entrepreneurship. In conjunction with the state’s workforce-development system — the local career centers — the broad goal is to find and pursue what the unemployed and underemployed need to re-enter the workforce.
As he talked about the initiative, Stephen Keller, executive vice president & chief academic officer at Springfield Technical Community College, gestured out his office window across the street to the STCC Technology Park, which houses FutureWorks Career Center. “Instead of FutureWorks working with employers and us working with employers, it’s getting everyone together at the table to talk about these issues.
“With the assistance of this grant,” he continued, “we can we create a unified approach where the one-stop centers are talking to the providers of training, who are in turn talking to the employers who are talking to the unemployed and underemployed. It’s a unified effort to create a system where someone comes in, they need a job, they’ve just been laid off, or a company is in the process of expecting layoffs, so they can contact one of the centers and we can work with the company to create some kind of training package.”
It’s a big effort, and there are many more fine points. Both men agreed that the goal is to transform not just the lives of future workers, but in many ways the entire academic process for workforce development. The MCCWDTA has been in effect since October, but there is still a lot of work to be done both at the colleges and for the Commonwealth’s administration of the grant.
Deborah Koch is director of grants for STCC and one of the design team who framed this transformative measure. As a simple means to understand the sheer breadth of what is hoped for, she used that magic word once again. “This will help transform how the community colleges deliver education, so that they can meet the needs of these dislocated workers.”

Class Action
The final draft of the MCCWDTA proposal lays out the bad news and the good news.
“In the last decade, millions of jobs requiring only a high-school diploma or less have been permanently lost to automation and overseas completion,” the abstract states. “Analysts anticipate that two-thirds of new jobs emerging in the next decade will be middle-skills jobs demanding some post-secondary education … especially true in Massachusetts, which is expected to lead the nation in middle-skills job openings in the coming decades.”
The document goes on to state that the grant isn’t just throwing money at a problem. Rather, it is hoping to address a cause, “changing the way that community colleges in the Bay State interact with one each other, the workforce-development system, public agencies, leading industry groups, leaders of government, and private businesses to transform delivery of education and training programs for workers.”
Here’s how it works:
Initially, each college will address particular strengths within their own curriculum. Keller said that STCC is focused on IT, health care, and manufacturing, and at HCC, Hayden said that his school is looking to fund the development of programs in both health care and clean energy — solar and wind — and to augment their career-counseling component.
“So we will now be able to offer career counseling to the adult student, and that’s relatively new,” he said. “We have been doing some of it, but this will give us the capacity to actually do that type of assessment, with the goal of helping that individual find what they want to do, and to get motivated in increasing their potential success.”
Koch explained some key concepts that the MCCWDTA targets. The grant allows the colleges to explore possibilities, “which is the beauty of grant funding,” she said, “so that we can meet the needs of our clientele. Workers probably have never seen themselves as college-bound, but now can consider us as a very sensible and reasonable option.”
Stackable certification is something both colleges spoke of. Koch explained it as “moving up the academic ladder,” but while being employed.
“The idea of stackable certificates is that, rather than being focused on coming and getting a two-year degree as the only indicator of your ability to do a good job,” she said, “it may be that there are steps prior to the two-year degree that will enable you to have some form of employment. You can get a job, not a high-paying job, but a job in a system or industry where there is growth. While you’re working, you can take additional courses to get you to the next step, so you can eventually have your two-year degree, but in the meantime you’re working.”
Another transformative component for the academic process is what Hayden called “the institutionalization of credit for prior learning.”
He listed the UMass Amherst University Without Walls as a good example of how this concept works. As the phrase suggests, it involves academic credit for relevant work in the business sphere, Hayden explained, adding that it hasn’t happened yet throughout the community colleges.
“In the academic world, it’s difficult to put a system like that into place where it’s widely accepted,” he told BusinessWest. “Part of this grant is to help the community colleges have broadly accepted standards for workforce and workplace-related education. An individual works at an area business after they have achieved a certain level of skill in their academic program, and they receive credit.”

Working Model
There are some limitations to the grant funding, Keller and Koch admitted.
“Some of these people may have had jobs that didn’t require college-level work, and perhaps they didn’t have a high-school diploma,” Keller said. “We’ll have to solve that problem. A lot of these moneys from the government come with a timeline, and sometimes a worker might need to learn these skill sets within a year, or a matter of months. That’s a real problem because, if a student comes to us with a low reading level, it’s going to take time to get them over that.”
Hayden said that, for those who might wish to switch fields altogether — for instance, from manufacturing to health care — the process isn’t a quick and easy fix. But with the new models of academic delivery allowed by the grant funding, it is possible.
“We know that someone who wants to be a doctor or nurse, and who has kids at home and might be on public assistance, isn’t going to be able to jump into medical school tomorrow,” he said. “But how do we get them to the point where we create some stability, get them a job, and make them aware of the career steps, the academic pathways, which they need in order to get them to where they want to be?”
Ultimately, MCCWDTA funds will help the colleges blur the lines between the ivory tower and workforce readiness. Historically, Hayden said, there has been a notion that education and workforce training are two different things.
“What this grant is saying is that they’re not,” he continued. “They might have different steps, or different components, but education and training are part of the same thing. The grant is bringing together the ideas that we need skills training, workforce-development training, and we need academic pathways and careers. And we need them to be at community colleges in an accessible way for our students.
“One of the criticisms that community colleges always get is that we try to be all things to all people,” he added. “But the mission of the community college is to take an individual where they’re at and to meet their goals, but at the same time make them aware of the education and career pathways that exist.”
With the MCCWDTA funding to help that mission become more clear, the word ‘transformation’ that everyone uses sounds less like magic, and more like people getting back to work.