Officials Want to Make it Easier to Do Business in Amherst

Amherst boasts one of the healthier economies in Western Mass., yet, ironically, it has a reputation as a difficult place to set up shop, one with an oppressive and confusing maze of bureaucracy to navigate. But Town Manager Laurence Shaffer and other Amherst officials have begun to address that reputation — and make some concrete changes in the way business gets done.

Emily Wadham and her husband, Adrian D’Errico, opened a new restaurant, Tabella, in Amherst in October.

They had been shooting for July.

“One of the complications was the lack of some protocol that was understandable to new business owners in town,” Wadham told BusinessWest. “It was a runaround trying to figure out what we needed and when we needed it.”

Specifically, the couple was surprised by the volume of paperwork and permits involved in opening a restaurant, and confused by the lack of a clearly communicated strategy for the order in which to tackle them. “It’s so arbitrary,” she said, “that you can really shoot yourself in the foot if you don’t get everything lined up the right way.”

Their experience is far from an isolated one in a community that in many ways is thriving economically, yet still has a reputation as a sometimes-difficult place in which to do business. Town Manager Laurence Shaffer thinks something should be done about that.

“Generally, there has been a sense in the community that inspections are not logical, not efficient, and maybe not effective,” he said.

“I don’t know if any of that is true, but a much smarter philosopher than me said that perception is reality, and when our community says that this is indeed their perception, we need to respect that, and we need to look for opportunities to change our reality in order to change that perception.”

In this issue, Shaffer and others discussed with BusinessWest what steps the town is taking to alter its business-unfriendly reputation when it comes to the permitting process — and why that’s important even for a community with as much life as Amherst.

Grinding to a Halt

John Coull, executive director of the Amherst Area Chamber of Commerce, did not hesitate when asked about the town’s red tape-laden image among current and prospective businesses.

“I do believe that’s the perception, and that perception is reality,” Coull said. “Therefore, I think businesses will be extremely interested in seeing an improved process and especially improved communication of that process, which is a good deal of the issue.”

The reasons, he continued, are uncomplicated, and have everything to do with the adage that ‘time is money.’

“When someone takes on a lease for an expensive piece of real estate and is ready to build out in preparation for opening, a day is a dollar,” Coull said. “If they’re forced to eat heavily into their operating budget just to endure the time these delays might make necessary, it sets them at a distinct disadvantage when they do open their doors.”

And that, in turn, creates often-unnecessary obstacles to do business in a town that in many ways has become an attractive place to set down roots.

“This is one of the most desirable places to live in Western Mass.,” Shaffer argued, noting the presence of three colleges — UMass, Amherst College, and Hampshire College — as well as an array of museums and cultural attractions.

In addition, “we have an intact downtown that’s bustling and thriving, and we have one of the best conservation programs in Western Mass., with thousands of acres under protection. The quality of life here is confirmed every day by the number of people who want to live here.”

Yet, Amherst has well-documented hindrances to new business. For one thing, the commercial tax rate in neighboring Hadley — $9.12 per $1,000 in assessed valuation — is much lower than Amherst’s rate of $15.68. Then there’s that perception of slow, confusing permitting — but Shaffer says relief is coming.

“We have a goal of trying to make the process more transparent, open, and streamlined,” he said, “so we’re looking at a variety of new approaches and philosophies to deal with inspections.”

Currently, he said, eight separate entities that conduct building inspections — covering building, plumbing, electrical, fire, and health codes, among others — do their work independently of all the others, with little communication between them.

“Each entity has its own very valid, very important regulations that require compliance,” Shaffer said. “We’re looking for a synchronized process that makes it more logical and streamlined so that each process relates to the others, rather than being independent.

“That isn’t to negate the very serious health and safety issues that the codes attempt to get at in each of these disciplines,” he added. “But there needs to be a recognition that each works with the others. We want a process that’s logical and transparent so that people involved in these things know where they stand in the process.”

Part of the solution involves electronic infrastructure, said Shaffer — specifically, allowing all stakeholders in a project to access the information they need on their computers.

“We’ve acquired a new software system, similar to the software platforms used throughout the town, to create a single point of entry into the system, and a repository of information about individual building projects,” he said.

Allowing easier electronic access is part of an overall culture change aimed at dispelling the perception of closed-door dealings.

“We need to be more transparent to the public,” Shaffer said. “How does the public know what the status of a permit is? What kinds of outstanding items remain? The expectation on our part is that can be done electronically, so a lot of this comes down to the whole method of how we gather, compile, and share information.”

For their part, Wadham and D’Errico had no problem with any individual board — just the lack of communication between them.

“Of all the individual people we spoke with in the town offices, no one was unhelpful,” Wadham said. “But you had to do the hunting yourself to figure out how to make them work together. Everyone does their job, but there’s no simple protocol for new businesses to follow.”

She suggested establishing some kind of business welcoming committee to help guide newcomers through the process — or at the very least issue a checklist that explains the order in which each permit, meeting, and stack of paperwork should be tackled.

The town’s Select Board has been discussing various options with local developers and business owners, Shaffer said, creating a forum of sorts to air issues that have arisen during various inspection processes.

“The town collects a lot of information,” Shaffer said. “We need to allow each department to know the status of other inspections with some kind of local synchronization process.”

Coull said such an effort is long overdue.

“I have strong hopes for an improved system,” he said. “The communication among and between the departments is going to make a difference. And for the consumer, the business person, to know what their status is at any time, that too will make a difference.”

When Shaffer was appointed town manager in mid-2006 — hired away from Vernon, Conn., where he had served as town administrator since 1999 — he brought some 30 years of municipal management experience to the table.

With a degree in Public Administration in hand from the Rockefeller School at Albany State University in New York, Shaffer first tasted public service in a variety of capacities in Oneonta, N.Y., including city assessor and head of economic development.

After a decade in Oneonta, Shaffer spent another 10 years as assistant city manager in Keene, N.H., followed by three years in Durham, N.H. as town administrator, before moving on to Vernon. Amherst, however, projects a sort of vibrancy that both excites and challenges him like none of his past roles.

“We’re in the midst of developing a master plan for Amherst, and one of the areas of discussion is the whole aspect of economic development,” Shaffer said. “I’m hoping that, through this process, we bring some definition to this issue, and provide some directions for where the town government might go in terms of being a catalyst for economic development.”

That plan, however, is still being hammered together, Shaffer added, and for now he’s trying to strengthen the relationships the town already has with its major economic players, including the three colleges.

“We’ve begun to have conversations with them and begun to explore what’s possible in terms of collaborating on projects of mutual benefit,” he said.

In many ways, he explained, Amherst is in the uncommon position of being able to shape its own future, partly because many consider it such an attractive place to live. The question now remains: what model of growth best fits the town’s profile as a regional center of culture, education, and conservation?

“It all relates directly to economic development,” Shaffer said. “We have developers interested in putting in 55-and-older communities in town, folks who want to open up new restaurants — and I think the sky’s the limit for our downtown and its desirability as a destination point. I think the future is very bright for our community.”

And discarding a few layers of red tape, he suggested, can only make it brighter. 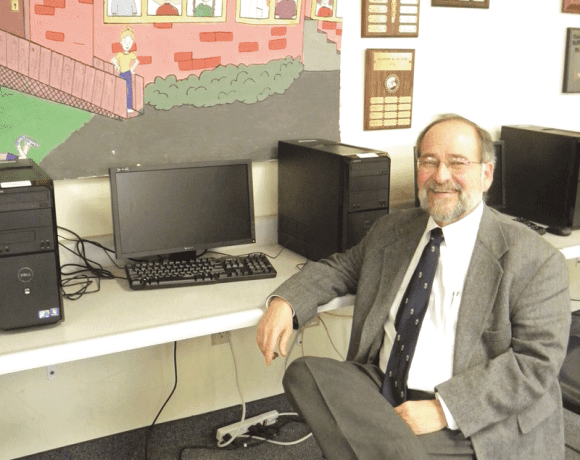 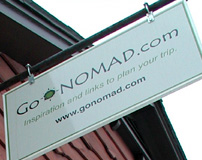