Reflecting on the Big Picture 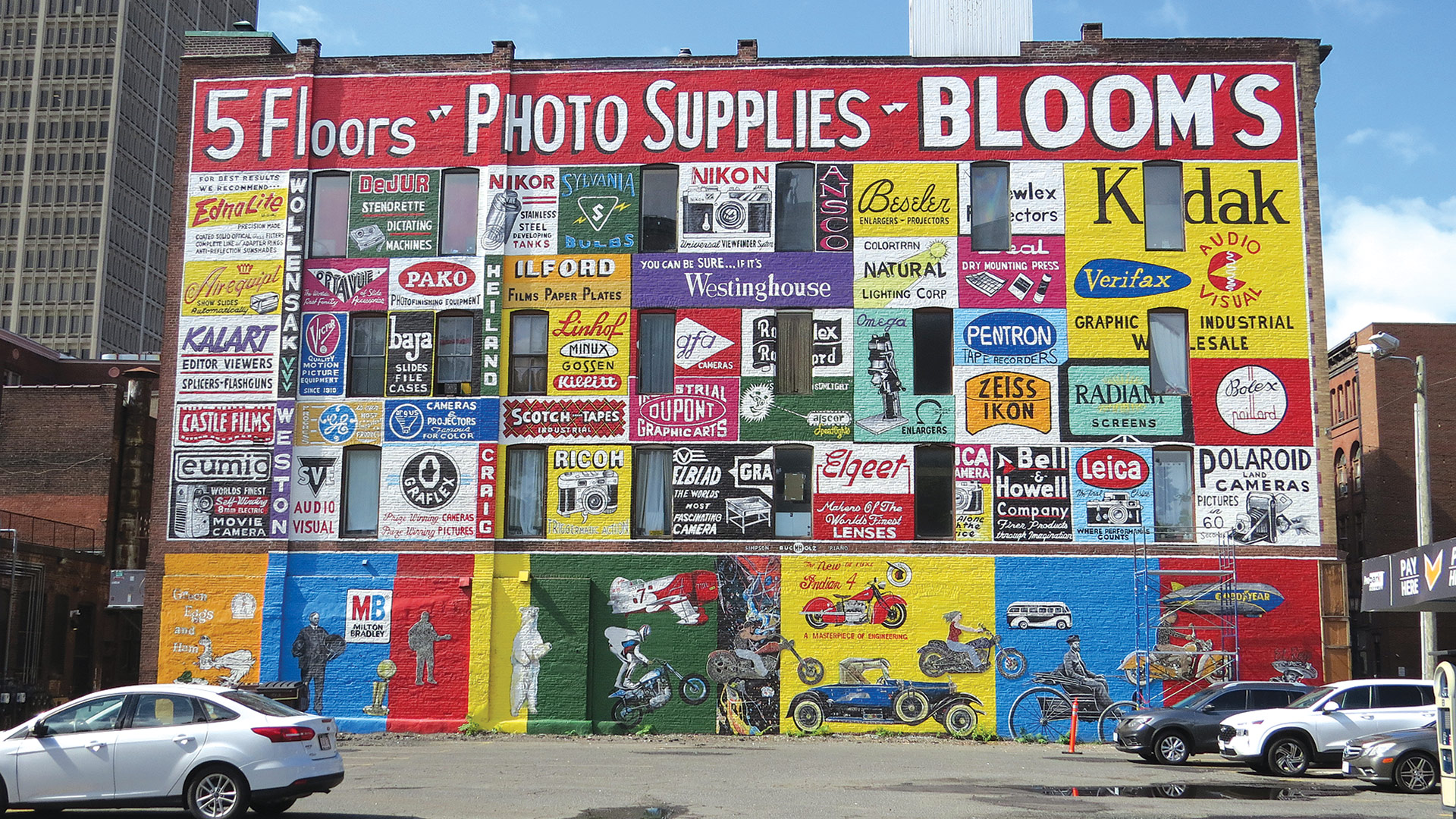 The scaffolding has come down from the five-story wall on Worthington Street facing Stearns Square after a lengthy process of restoration and completion of a new mural undertaken by artist John Simpson.

So now, people can see what they have. And what have is much more than art, although it is certainly that.

It is bridge from the past to the present — and the future — as a well as a conversation piece and another important effort to ‘activate’ property in the City of Homes, and especially in its downtown.

We’re seeing that word ‘activate’ quite a bit lately in reference to downtown properties — everything from the old Court Square Hotel, now being renovated into apartments, to the parking lot adjacent to the soon-to-be-demolished and replaced Civic Center Parking Garage (that property will become an extension of the MassMutual Center and used for various gatherings). It’s also been used to describe restoration work at Stearns Square, Pynchon Park, the riverfront, and other landmarks.

Overall, it is used to describe efforts to take something that was once dormant, or underutilized, and bring it back to useful life.

It’s understandable that the phrase would be used in reference to buildings or parks or even vacant lots. But a wall — in this case, the east wall of the Driscoll Building, built in 1894 and on the National Register of Historic Places?

The wall has been there for 125 years or so, and the advertisements for cameras and related equipment that adorned the wall and sold by the company, Bloom’s, which occupied the structure, have been there for nearly 70 years. But they had become faded and easy to overlook.

Now, the wall is impossible to overlook. It features those same ads, carefully restored to what they were in the 1950s, as well as other images depicting people, businesses, products, and culture that help tell the story of Springfield — everything from a Dr. Seuss book to an Indian motocycle to a depiction of Milton Bradley.

In short, the wall is no longer a wall. It’s a piece of art, but it’s more than that. It’s a window to the past and a vibrant, colorful part of the present and future of the city. It’s also an attraction. People stop, they look, they take pictures, and they marvel at what once was — and still is. You don’t often see 50-foot-high ads for camera equipment.

Even more importantly, this wall is another piece of the city that has been activated, or given a new life. With each triumph like this — and it is a triumph — Springfield takes another important step forward in its efforts to become more vibrant and more livable.