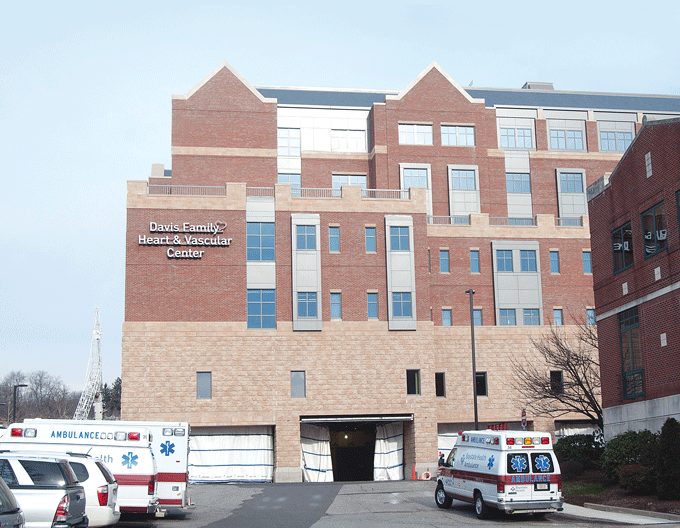 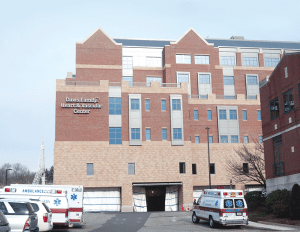 Late in 2008, just as the economy began to slide into the Great Recession, officials at Baystate Health were having second thoughts about moving forward with their planned $250 million Hospital of the Future expansion. They eventually decided to press on, much to the relief of hundreds of workers in the construction trades — most of them local — who found the project a lifeline at a time when opportunities were scarce.

When the economy fell off a cliff late in 2008, the construction industry was already suffering — and the region’s largest health system had a big decision to make.
The issue before Baystate Health was whether to move forward with a $250 million expansion and renovation project dubbed the Hospital of the Future. Project executive Stanley Hunter said there was real anxiety about breaking ground when the economy was on such shaky ground. 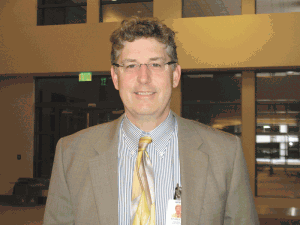 Stephen Hunter says more than two-thirds of construction jobs on the Hospital of the Future went to people who live in Springfield or the surrounding region.

“We were at the point in 2008 when we were set to start construction, and that was the time — in September and October — when the economy took a real dive, and we really thought it through, as a campus, whether we should continue the project or not,” Hunter told BusinessWest.
“We went back to reassess the finances and the long-term medical impact, and through the course of a four-month evaluation, in early 2009, we decided to stay with the project,” he went on. “We held off on going to financing and making a final decision until the board decided to move forward with it, but that was a big decision, and it has really proven to be a huge benefit for the community that we went forward.”
The first beneficiaries — long before patients will reap the benefits of a new, state-of-the-art Heart and Vascular Center and, later this year, a new Emergency Department — were the builders and tradesmen — and women — who have reaped the benefits of steady work for almost three years, at a time when their industry really needed the jobs.
“As the project came along, a lot of the construction industry — union and non-union — was at an all-time high in unemployment,” said Fiore Grassetti, business agent and industry analyst with the Ironworkers Local Union No. 7. “This came at the perfect time for the building trades.”
That’s clear from a look at the numbers.
“Obviously, the crews there were different at various times, but we consistently had 250 to 300 construction workers on the site for more than two years,” Hunter said. “That’s a huge amount of jobs, and what we’ve been able to do is focus on using as much of the local workforce as possible.”

Hire Ground
That was certainly important for Grassetti.
“We wanted to protect our labor agreement with the hospital and guarantee that local workers were put on this project, as well as responsible contractors, meaning companies with health insurance and pension plans, and who actually train with apprenticeship programs,” he said. “The hospital really went out of its way to make sure the reps were contacted and local workers got the jobs.”
To break it down, Hunter tracked four categories of workers who labored on the project: those based in Springfield, those from outside the city but within the Pioneer Valley region, females, and minorities. Two-thirds of all workers over the course of the project to date have hailed from the city or surrounding region — “well beyond the expectations we had at the beginning of the project,” he said — while women and minorities comprised 15% of the workforce.
“That was something we were very pleased with, seeing those jobs stay local,” Hunter added. “We worked with local trade organizations to set that as a priority at the very outset of the project. And they were responsive to that; they wanted to help us, to really emphasize that as an important part of this project.”
Baystate also tracked the businesses it hired to work on the Hospital of the Future, and 40% of them are headquartered locally, while 55% of employers fall into one of the four aforementioned categories (Springfield-based, regional, female, minority).
“It’s been interesting; some guys — and women — worked on the job the whole three and a half years, like the company that did the site work and landscaping, Northeast Contractors out of Ludlow,” Hunter said. “They were here in the beginning, doing excavation, and are still here now doing landscaping.”
Meanwhile, Adams and Ruxton of West Springfield was brought on for casework, millwork, and general carpentry for the project. “They’re a small company that we’ve used before this project on smaller jobs, and when this larger job came up, they were able to help out with part of it.”
Baystate also hired Harry Grodsky & Co. for HVAC work. “Grodsky did mechanical systems and plumbing systems; they’re a pretty common name here, a Springfield company,” Hunter said. “They’ve been a great partner on this job, but also on many jobs.”
The new building is 640,000 square feet in size, which Baystate is fitting out in phases. Just under half the building will house the Heart and Vascular Program, which comprises an ICU floor for the most serious patients, two regular inpatient floors, space for outpatient procedures, and a spacious operating suite with cutting-edge technology and large monitors looming above the surgical tables.
Later this year, Baystate will unveil a much larger, state-of-the-art Emergency Department in the new building, replacing a current ER that was designed to handle much less traffic than it does. Other floors have been left unfinished as shell space so that the hospital can meet future needs that may not be apparent right now — hence, the Hospital of the Future moniker.

Kid Stuff
Hunter said many workers take pride in helping to build a facility they might have visited in the past, or might need in the future.
“This is the hospital they’d go to if there was an issue with their health or their family’s health,” he said. “To have worked here for that amount of time, they’re very proud of that.”
For many of the ironworkers, the project got personal when they started working under the watchful eye of patients and staff at Baystate’s Children’s Hospital. The kids would watch the workers, who in turn started communicating with hospital staff.
“The steward was talking to the nurse and heard a Wii game got broken or stolen from the hospital, so the guys took up a collection to replace the game,” Grassetti said. “it just snowballed from there.”
Indeed, not only did the workers supply a new Wii, but they added a new Xbox for older pediatric patients, several other donations of presents, and about $1,000 from their pockets to purchase whatever else the kids might want. Later, workers discovered that the chidren’s play area was outdated, “so we hit other contractors up, other unions, and some side organizations I worked with, and we collected about $10,000 to help fix up the children’s room.”
“From there,” Grassetti added, “it snowballed even more.”
He was referring to the beams.
Those started with a sign, one of many the children had set to making for the ironworkers. It read, “hello down there from the kids up here.”
The kids started using the signs to introduce themselves, and the workers started spray-painting their patients’ names on the steel beams they sent up into the grid — similar to the well-documented beam-painting effort at the Dana Farber Cancer Institute during one of its expansions several years ago.
“Every day, we’d get a couple new names and put them on the beams, and fly the beams up,” he recalled. “It was all about putting smiles on kids’ faces. Something as simple as a name on a beam could do that.”
The effort even extended to the topping-off ceremony, which incorporated a white beam decorated with the kids’ painted handprints, as well as a pillowcase fashioned into an American flag, teddy bears, and other items.
“It was pretty exciting to be part of that project, to work with the nurses and see the smiles on the kids’ faces,” Grassetti said. “We don’t get a lot of those opportunities, to give back to the community quite like that.”
Hunter appreciates those gestures. “They made some major donations to the Children’s Hospital and made several collections for gifts around Christmas. It was a really positive experience.”
Still, it all comes back to having the opportunity to work at a time when so many in the construction industry are still struggling.
“We had high unemployment in our industry, across the building trades,” Grassetti said, “and this put a lot of our members back to work, in many cases just as their unemployment benefits were running out. Baystate really did the right thing by working with us and with all the building trades and giving us the opportunity to work with them. We formed a good relationship.” 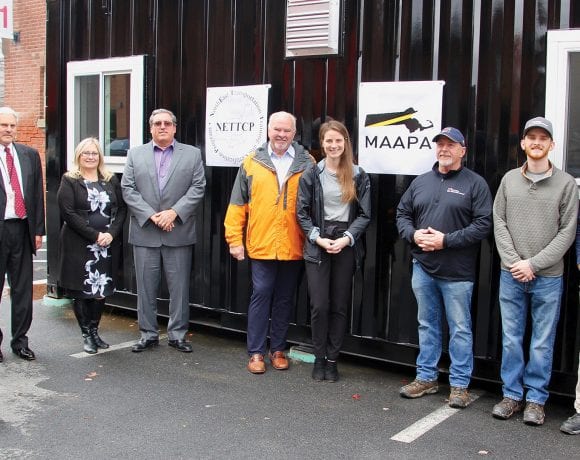 Asphalt Academy at STCC Paves the Way to Construction Careers