Some Legal Considerations for the Process of Going Green

“Going green” is more than just a catchy slogan or marketing campaign.

To truly “go green” is to comply with a series of state, federal, and international laws and directives. Whether complying with a local ordinance pertaining to recycling or a European Union directive restricting the use of heavy metals in electronics, there are many signposts that can lead a business down the road to green.

While most companies turn to their marketing departments or consultants when they decide to go green, many are finding that their next call should be to their attorney or compliance department. With the world becoming a much smaller place thanks to the Internet and other technological breakthroughs, and the global marketplace becoming more and more accessible to small and medium-sized businesses, many are finding that it is not only U.S. laws that they need to concern themselves with, but also international treaties and directives.

With the business of green becoming more and more lucrative, governments around the world have begun to catch up with this trend by passing laws and implementing directives aimed at protecting the environment. Compliance with these laws and directives may be as straightforward as not dumping waste into rivers and streams, or as complicated as which heavy metals may or may not be used in the production of electronic devices.

In the U.S., most federal laws dealing with the environment date back to the 1970s. The Clean Air Act was passed in its original form in 1970 and amended in 1977 and 1990, while the original Clean Water Act was enacted in 1948 and took its current form in 1972. Most Americans take these laws for granted but do not understand the impact they have had on our environment.

While public health is the primary goal of both these laws (clean air to breathe and water to drink), there is no doubt that each has had a major impact on our environment. Since the passage of the Clean Air Act, lead emissions have dropped 98%, while emissions from sulfur dioxide and carbon dioxide have been reduced by 35% and 32%, respectively.

The standards set by and regulations created by the Clean Water Act have resulted in many local success stories, including the Connecticut River being named an American Heritage River and Boston Harbor being transformed from a virtual cesspool into a body of water where striped bass and herring thrive.

U.S. laws should not be the only concern of businesses that wish to go green. Today, companies looking to capture a larger share of the market must look across the Atlantic Ocean when contemplating compliance with environmental standards. The European Union has adopted the Restriction of Hazardous Substances Directive (RoHS) and the Waste Electrical and Electronic Equipment Directive (WEEE).

The RoHS restricts the use of six hazardous substances (lead, mercury, cadmium, hexavalent chromium, polybrominated biphenyls, and polybrominated diphenyl ether in the manufacturing of electrical and electronic equipment. The WEEE directive sets collection, recycling, and recovery standards for electrical goods.

While these directives may seem far removed from the ordinary course of most small and medium-sized businesses in the U.S., if those businesses place goods into European markets, they are absolutely affected. Each European Union member country is scheduled to enact its own legislation using RoHS and WEEE as its guide, so U.S. businesses will have to be attuned to individual countries’ restrictions and regulations as well.

The trend toward going green makes it likely that more and more states will adopt laws which promote recycling, waste reduction, and environmentally friendly products and services. For example, the Mass. Department of Environmental Protection is currently developing a Greenhouse Gas Registry in cooperation with other states across the country. This registry will create a uniform system for tracking and reporting emissions of greenhouse gases.

In Connecticut, a state law passed in 2006 requires that all new buildings costing more than $5 million that are financed with state funds must be constructed and designed in conformance with the Leadership in Energy and Environmental Design (LEED) standards set forth by the United States Green Building Council. As a result, contractors who bid on public projects must adhere to the LEED standards.

California’s Electronic Waste Recycling Act of 2003 prohibits the sale of liquid crystal displays (LCD) and cathode ray tubes (CRT) that contain the heavy metals prohibited under the European Union’s RoHS. Other states have similar bans on mercury and related heavy metals and are considering the adoption of laws similar to California’s.

These laws and initiatives are just a handful of the local, federal, and international laws and directives with which companies must comply when placing their products and services into the local, national, and international stream of commerce. Companies large and small have found that mere compliance with these regulations is less profitable than implementing a company-wide philosophy of “green.”

By committing to business plans that embrace environmental protection and sustainability, companies have found that the cost of compliance has decreased and new markets have opened. For example, Xerox has teamed with The Nature Conservancy to ensure that Xerox’s paper is produced from trees from responsibly managed forests. In addition, MTV and Wal-Mart have joined forces to form “Everyday Green,” which is designed to educate consumers as to how to introduce environmentally-friendly products into their everyday lives.

As more and more states adopt laws that promote protection and sustainability of the environment, businesses will be forced to ensure that their processes and products comply with these laws, or risk losing out on market share.

As a result, businesses that position themselves ahead of the ‘green’ wave will thrive in this new environmentally-friendly marketplace.

Meanwhile, those who don’t look upon existing laws and regulations as a sign of what is to come may find themselves constantly playing catch-up, and as a result, unable to take advantage of the new opportunities such laws present.

While these initiatives may sound costly and idealistic, all signs point to a time when they will become the norm. The question becomes, which businesses will embrace the changes and which will be dragged there kicking and screaming? 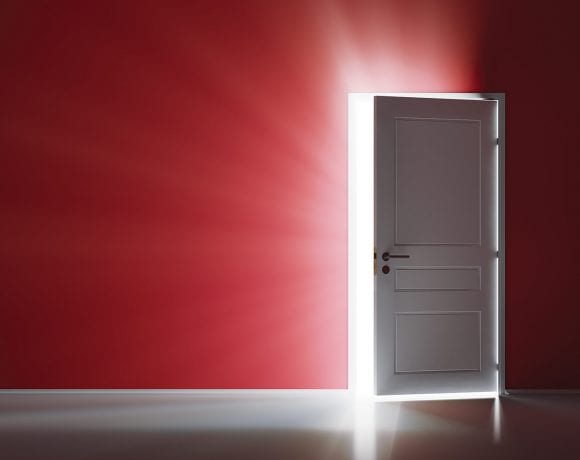