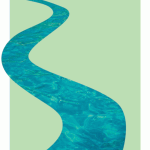 Melissa Coady paused before explaining the Rivers Protection Act. Because there’s a lot to explain.
“Of all the pieces of wetlands protection regulations, the section about riverfront protection is the most convoluted,” said Coady, project environmental scientist for Tighe & Bond in Westfield. “There’s so much ‘if this, then this’ that has do with when a parcel was created or when the land was subdivided.”
The Rivers Protection Act, initiated by the Massachusetts Department of Environmental Protection (DEP), was passed into law in 1996 with a number of goals in mind, from preventing water pollution to erosion control; from protecting wildlife to preserving shellfish supplies. It does so by barring or heavily regulating development along the edges of rivers and streams.
“The riverfront area exists to protect the functions and value of those streams and the adjacent areas, in terms of water supplies, groundwater, flood control, prevention of floor damage, wildlife habitat, and fisheries,” Coady said. “It’s trying to roll all these into one area.”
Any understanding of those regulations begins with the riverfront area itself, which is defined as the area along any perennial stream — roughly defined as a stream or river that runs all year, except in extreme drought — between the water line’s annual high-water mark and a parallel line measured 200 feet offshore (except in certain urban areas; more on that later).
“The initial purpose of the Rivers Protection Act was to provide a buffer zone along streams and rivers that are considered perennial — that is, they don’t dry out,” said John Prenosil, president of JMP Environmental Consutling in Springfield. “The idea is to provide wildlife habitat protection, water quality, flood protection, nutrient removal, benefits of that nature.
“A perennial stream,” he explained, “is defined as a stream that’s shown on the most recent USGS [U.S. Geological Survey] mapping as a solid blue line. A dashed line represents an intermittent stream, meaning it dries out.”
And protected property doesn’t necessarily have to be, well, wet. According to the DEP, “riverfront areas may contain wetlands and flood plains, as well as what have traditionally been considered upland areas. As a result, the features of the riverfront area vary by location: from asphalt and landscaped greenways in urban areas to woods, lawns, and farm fields in suburban and rural areas.” 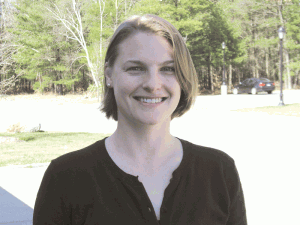 Melissa Coady says the state’s riverfront rules are among its most complex regulations in the realm of wetlands protection.

As Coady noted, “even though it can be comprised entirely of an upland, non-vegetated area, it’s still considered a wetland resource area under the act.”
That can make life tricky for developers, and even thornier for individuals who purchase their dream property, only to find out it’s essentially useless to them.

Multiple Goals
The DEP, however, decided 16 years ago that the value of protecting waterways outweighed the needs of developers. It argued that unspoiled riverfront areas prevent pollution by filtering and trapping sediments, oils, metals, and other pollutants, as well as cleaning water through toxic chemical breakdown in soils and plant roots.
It also asserted that riverfronts protect water supplies by removing pollutants that are carried in runoff from nearby commercial sites, roadways, housing developments, and parking lots before they reach surface water, as well as allowing water to seep down into the ground to replenish groundwater supplies and maintain base flows in streams and wetlands. More than 60% of Massachusetts communities are at least partly dependent on surface water as their primary source of drinking water.
In addition, according to the DEP, riverfront areas protect fisheries and land containing shellfish by moderating stream temperatures, reducing erosion, and filtering sediments and pollutants before they reach rivers — important, because these fisheries and shellfish beds are critical for recreational and commercial harvesting, as well as providing food sources to support the aquatic food chain.
Riverfront areas also protect wildlife habitats by providing food, shelter, and water for many plants, birds, and animals; serving as travel corridors year-round and during seasonal migrations; and harboring rare or endangered plants and animals.
Finally, the DEP noted, riverfronts control flooding and prevent storm damage by absorbing and storing water during storms and releasing the water slowly back to the river.
The law does take into account the fact that urban development tends to spring up alongside waterways. The protected area is reduced from 200 feet to 25 feet inland from the high-water mark in cities with a population above 90,000 or areas of smaller communities with a certain population density; in Western Mass., only Springfield merits that distinction. 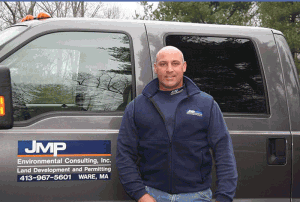 John Prenosil says navigating the nuances of the act is difficult because every site and proposed development project is different.

Prenosil said the 25-foot urban zone “makes sense from a development standpoint; it’s difficult to work in a riverfront area that’s never developed. The point of the act was to protect an undisturbed buffer from the edge of streams and rivers. I think the original intent and purpose was not so much to provide protection along developed areas. It’s for when you go up to the hilltowns and have that proverbial 30-foot-wide trout stream, to provide some protection from development.”
Historically, Coady said, urban areas were built up along rivers to begin with, “so the function and value of undeveloped riverfront areas are virtually absent. But there’s still a need to regulate to a certain extent how those areas get developed.”
However, Prenosil noted, “that being said, the Rivers Protection Act does make development in urbanized areas difficult for sure,” even in municipalities that qualify for the 25-foot protected area.
Of all the resource areas designated by the DEP, Coady said, riverfronts are probably the trickiest to deal with. “The burden is always on the applicant no matter what the filing is — to demonstrate that you’ve met the performance standards, that you won’t have an adverse impact, and if you do have an impact on the resource area, that you’re mitigating it in the way the regulations call for.”

Some Exceptions
But what about properties purchased before the act went into effect? It turns out the law offers a bit of wiggle room.
“If you are working on a parcel of land that was recorded on or before Oct. 6, 1997, then you are allowed to alter 5,000 square feet, or 10% of the total riverfront area, whichever is greater,” Coady explained. However, “you have to keep at least 100 feet of undisturbed vegetation between the high-water line of the river and the limits of your disturbance. So, even though the provision allows for the development of the riverfront area, they’re still trying to protect the corridor along the river.”
And what if someone purchases a previously developed parcel along a river or stream? As it turns out, the state grants some leeway for development, as municipalities and state agencies are always seeking to improve neglected properties while still adhering to the intent of the 1996 law.
“If you’re not looking at a pristine landscape, if you’ve got an area that already has roads, or has an old parking lot, or is devoid of topsoil — dumping grounds, that sort of thing — if you clean that up, you can develop that area,” Coady explained.
“They’re trying to give an incentive to improve the existing conditions,” she added. “But there are some caveats. The total footprint of the work can’t exceed the total amount of degraded area, and you have to provide some sort of restoration of the degraded riverfront area.
“It could be that people have been dumping things there, and you could be removing the dumped material. You could plant native herbaceous or woody species to enhance the existing riverfront area,” she continued. For instance, if the previously developed area encroaches to within 75 feet of the river, but the 50 feet closest to the water line is undisturbed, a developer might provide new plantings over the intervening 25 feet.
“When you’re redeveloping a piece,” Prenosil noted, “as long as everything stays the same footprint, it’s relatively straightforward, as long as you’re getting no closer to the waterfront.”
Decisions are made on a case-by-case basis, Coady added. “That’s one of the reasons this set of regulations is so lengthy and complex. It’s very difficult, even with a clear-cut case, to fit these projects into neat little boxes. A lot of headscratching goes into it, and sometimes, there’s a lot of gray area.”

Common Good
The DEP claims that the legislation “took a measured approach to environmental protection — work in the riverfront area is not prohibited, but applicants must demonstrate that their projects have no practicable alternatives and will have no significant adverse impacts.”
With her background in this field, Coady said, it was natural for her to consider flood plains and wetlands and rare species when she purchased property, but not everyone seeks professional help before making a purchase, and many have been stuck with undevelopable land.
“It would absolutely be recommended to have a feasibility study done beforehand,” she said. “If the property has any wetlands or riverfront area, it would be advisable to take into consideration what uses someone wants to get out of that property in the future, because it may not be feasible under the current regulations.”
The law can be particularly thorny in cities that don’t meet the population threshold for the 25-foot exception, Prenosil said.
“This works great up in the hilltowns, but Pittsfield is problematic when working with residential areas,” he noted. “It’s difficult to apply one standard to everyone because there’s always unique situations.
“Basically,” he continued, “the DEP said, ‘look, we need more protections along the streams and rivers.’ The regulations are always changing; they’re dynamic. Maybe the next iteration of this will address some of those problems.”