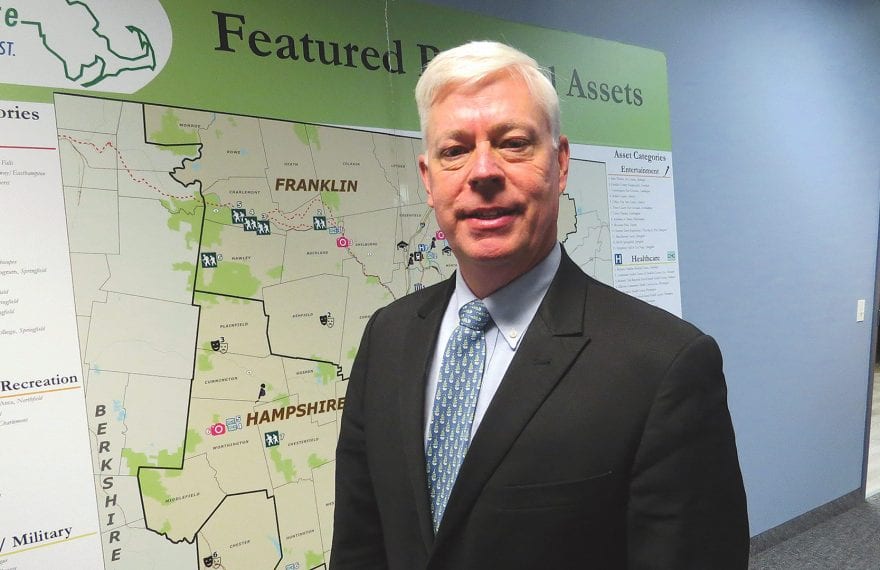 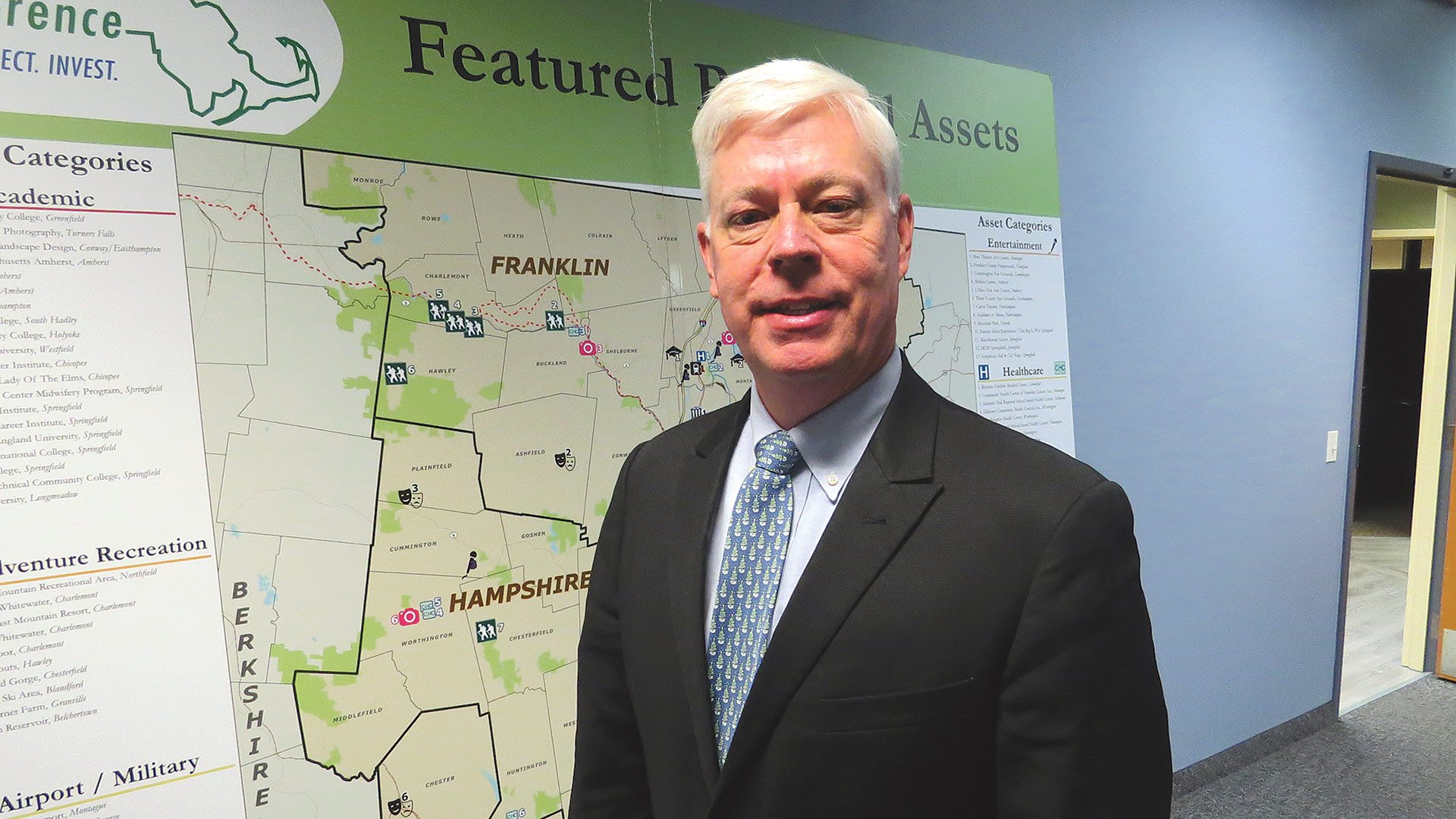 Rick Sullivan says the region has considerable momentum carrying over in 2019, and it comes from most all sectors of the economy.

Webster defines that word in several ways, including this one: ‘strength or force gained by motion or through development of events.’

Over the past few years, and especially in 2018, there was a good deal of motion and quite a few singular and ongoing events that have made this region stronger and created quite a bit of momentum, said Rick Sullivan, president and CEO of the Economic Development Council of Western Mass. (EDC).

And this movement has been across a number of sectors and most all area communities, not just Springfield, although that’s where it is easily most visible and palpable.

“We’re seeing a great deal of momentum across the region,” he said. “And it’s across the board — manufacturing, healthcare, higher ed, tourism.”

Elaborating, he cited just a few examples of this momentum, starting with the most obvious:

• MGM Springfield opened its doors on Aug. 24, but it began to impact the regional economy long before that, through the filling of more than 2,000 jobs, proving a boost for area hotels (see related story, page 27), inspiring movement toward additional market-rate housing projects in and around the downtown, and even awarding life-changing vendor contracts with several area businesses, from a bus company in Chicopee to a dry cleaner in the Forest Park section of Springfield.

• Eds and meds. The region’s two main economic drivers, education and healthcare, are thriving and becoming ever-larger contributors to economic development in the region, he said, noting, on the education side, that the region’s community colleges continue to find ways to step up and help meet workforce needs and provide specific skills needed in the workplace.

• The cannabis industry. This intriguing new era in Massachusetts history is impacting everything from the commercial real-estate market to traffic in downtown Northampton, where a dispensary became just one of two sites in Massachusetts selling marijuana for recreational use.

• A host of other forces are at play in downtown Springfield, ranging from new tenants on Bridge Street to the revitalization of Stearns Square; from a new Starbucks (actually, two of them; there’s also one at MGM) to soaring interest in new housing projects; from new train service coming into Union Station to the opening (soon) of the Innovation Center.

“When I’m out downtown, I generally have to wait in line to get lunch — and I’m happy to do it. That’s a good thing; it means the economy is doing well.”

• Progress continues with developing new sources of jobs in fields such as cybersecurity (Bay Path University and UMass Amherst are becoming regional and even national leaders in that field) and water technology — a $3.9 million demonstration center is set to open at UMass Amherst within the next two years.

• The construction industry, usually a bellwether for the economy, remains sound, with many companies reporting they have ample jobs on the books for the coming. “The phones have been ringing — and that’s always a good sign,” said Tim Pelletier, president of Ludlow-based Houle Construction.

Sullivan has another, far more personal measure of progress and momentum. “When I’m out downtown, I generally have to wait in line to get lunch — and I’m happy to do it. That’s a good thing; it means the economy is doing well,” he told BusinessWest, noting that there is considerably more foot traffic in the central business district, and many businesses are benefiting from this.

Yes, there are some challenges to contend with, and even a few possible storm clouds on the horizon; workforce issues are impacting most all sectors, and they could stifle the growth of some companies (see related story, page 22), and most economic analysts are predicting a slowdown (but not a recession) in 2019.

But for the most part, there is momentum and continued cause for optimism, even as question marks grow in number. 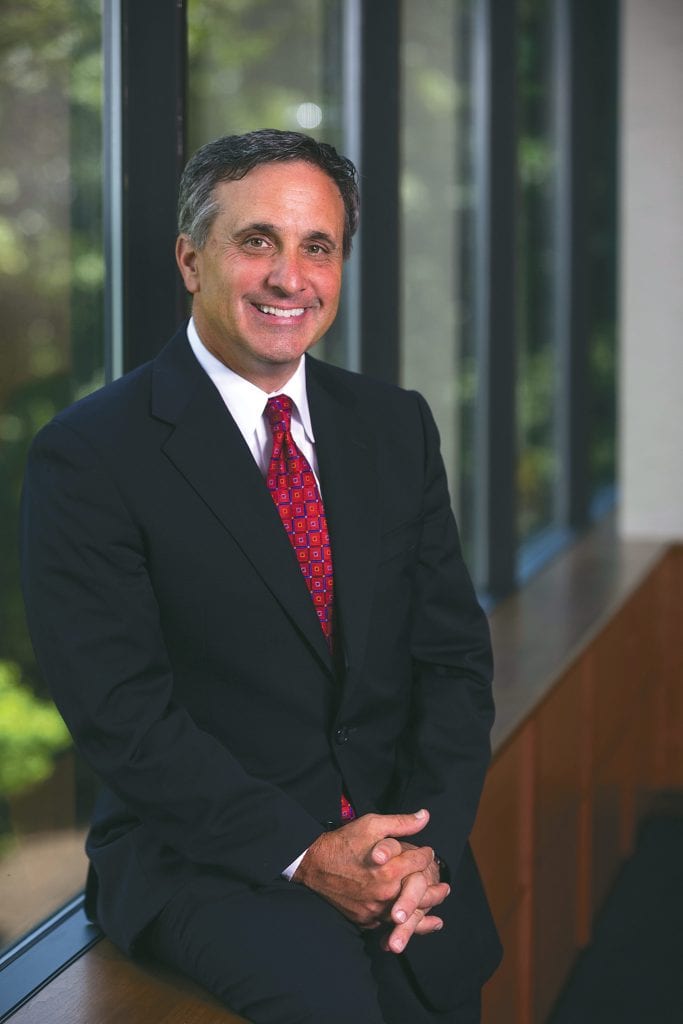 ‘Stable’ is the word Tom Senecal uses when he talks about the local economy, and in most ways, ‘stable’ is good.

“Several sectors are doing very well — education, construction, multi-family housing, green energy, and others,” said Tom Senecal, president and CEO of Holyoke-based PeoplesBank, who spoke from the perspective of his own bank, which saw roughly 8% growth this calendar year, and what he’s seen and heard anecdotally.

Senecal said he’s seen a noticeable slowing of residential real-estate business over the past month to six weeks, after a strong start to the year — a development probably linked to rising interest rates — but overall, as he said, the local economy is chugging along nicely.

“I would describe what’s happening in Western Mass. as transition against a backdrop of real stability,” he said, using ‘transition’ to mean many things, from the beginning of the casino era to the passing of many businesses from one generation to the next. “There’s a lot of certainty around those well-established, mature businesses that we have in this region. And those businesses that haven’t been around as long but are growing … they’re pretty solid, and they’re pretty confident.”

Both Senecal and Nesbitt put that word ‘stable’ to use early and quite often as they talked about the local economy and what they’re witnessing.

And in most all respects, ‘stable’ — and ‘steady’ and ‘predictable,’ words that were also used — is good, Senecal noted, adding, as many others have over the years while analyzing the local market, that while this region hasn’t soared like some others, including Boston, where the commercial and residential markets are white hot, that means it isn’t susceptible to the dramatic falls that those cities and regions also see.

“Fortunately, and sometimes unfortunately, we don’t see the highs and lows economically; we’re sheltered a little bit,” he explained. “We have a very stable economy when it comes to healthcare, education, and our nonprofit sector — those are three stable industries that keep Western Mass. insulated from the highs and lows.

“I would equate ‘stable’ to ‘predictable,’” he went on. “And for a small business, predictability is a huge part of job growth and just economic growth in general for small business.”

His own business moved forward with several initiatives in 2018, including the acquisition of First National Bank of Suffield and the start of work to convert the former Yankee Pedlar restaurant into a new and intriguing branch. And he said many businesses had the requisite confidence to move ahead with their own growth initiatives, be it through workforce expansion, new facilities, or new business lines.

And he expects this stability to continue into 2019, although possible, if not probable, additional interest-rate hikes (the Fed was set to vote on one as this issue went to press) could bring uncertainty, and therefore greater cautiousness, to the fore.

“I would equate ‘stable’ to ‘predictable.’ And for a small business, predictability is a huge part of job growth and just economic growth in general for small business.”

Like Sullivan, though, Senecal said MGM has provided a boost to the local economy in several ways — through the jobs it has created and its contribution to greater vibrancy downtown. And it is just one of the many factors contributing to the improved picture locally.

Others include the steady performance of education and healthcare and movement toward creating new sources of jobs.

Sullivan cited the work being done at Bay Path and UMass Amherst in cybersecurity — Bay Path recently entered into a partnership with Google, for example — and creation of the water-technology demonstration center as developments to watch.

“Those are jobs of the future, and there’s real excitement about what can develop,” he noted. “There are now some partnerships with large companies, like Google, and tremendous promise.”

Elaborating, he said that, across the region, colleges and universities are playing key roles in providing individuals with the hard and soft skills to thrive in today’s technology-driven economy, and thus, they’re playing a major role in economic development.

“What it comes down to is that economic development for this region, and across the country, for that matter, is all about workforce — developing, finding, and retaining talent,” he said. “And the good news for us is that we have a very robust higher-ed presence — four-year public and private, and the community colleges as well — and the future is bright.”

Returning to the subject of downtown Springfield, he said that, in addition to that waiting in line for lunch, he’s seen other signs of vibrancy and, most importantly, interest on the part of developers in investing in that area.

“We’ve had a number of investors express interest in possible hotels and potential housing, both market-rate and workforce-housing projects,” he noted. “And those are discussions that may not have beem happening in … pick a time period — five years ago, 10 years ago, 20 years ago. It’s been a while since we’ve seen this.” 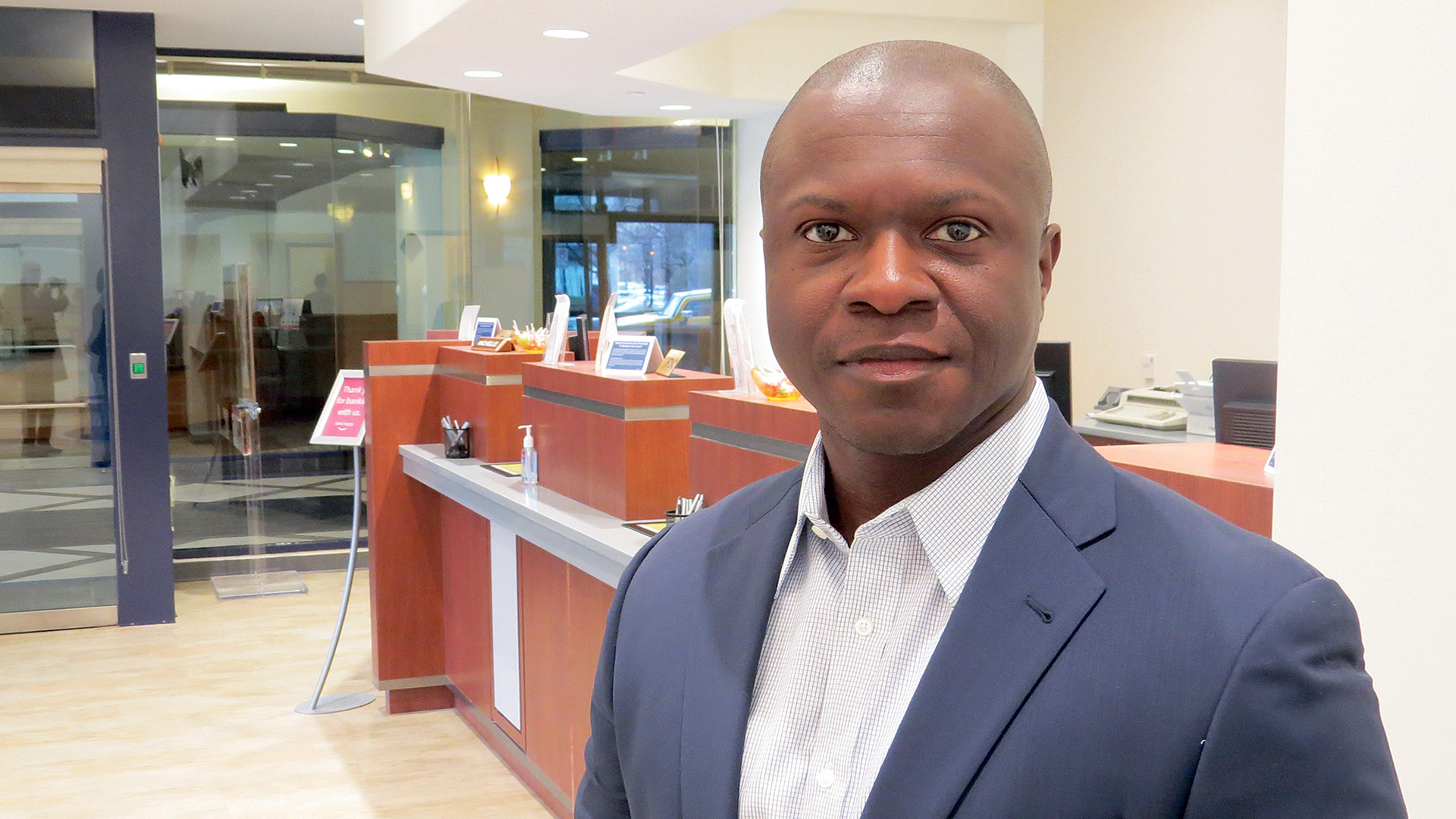 Keith Nesbitt describes what’s happening in this region economically as “transition against the backdrop of stability.”

Nesbitt concurred, and noted that, while the multi-family housing segment of the commercial real-estate market is heating up — it has been for some time — there is movement across the spectrum, much of it fueled not only by MGM, but by a promising outlook for the future.

“Long-time property owners are realizing that now is the time to realize value, so they’re putting those properties on the market,” he said of multi-family units but also other holdings. “And those that are speculating on the future are generally thinking that now is the time to get into the market based on some of those other transitions that are going on. So the commercial real-estate market has been very consistent.”

Steady As She Goes

Those are the words you hear most often in discussion of the local economy today and what is likely to happen in 2019.

There is a good amount of uncertainty in the air regarding everything from trade balances (or imbalances, as the case may be) to interest rates to the political scene in Washington.

But locally, stability and momentum seem to be the prevailing forces.

And they should enable the region to build on that momentum in the year ahead.