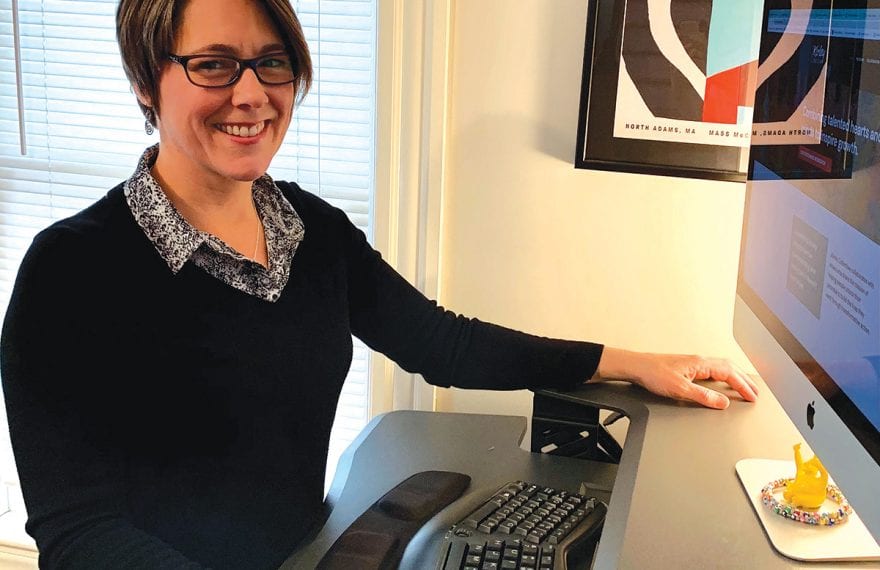 A Matter of Self-worth 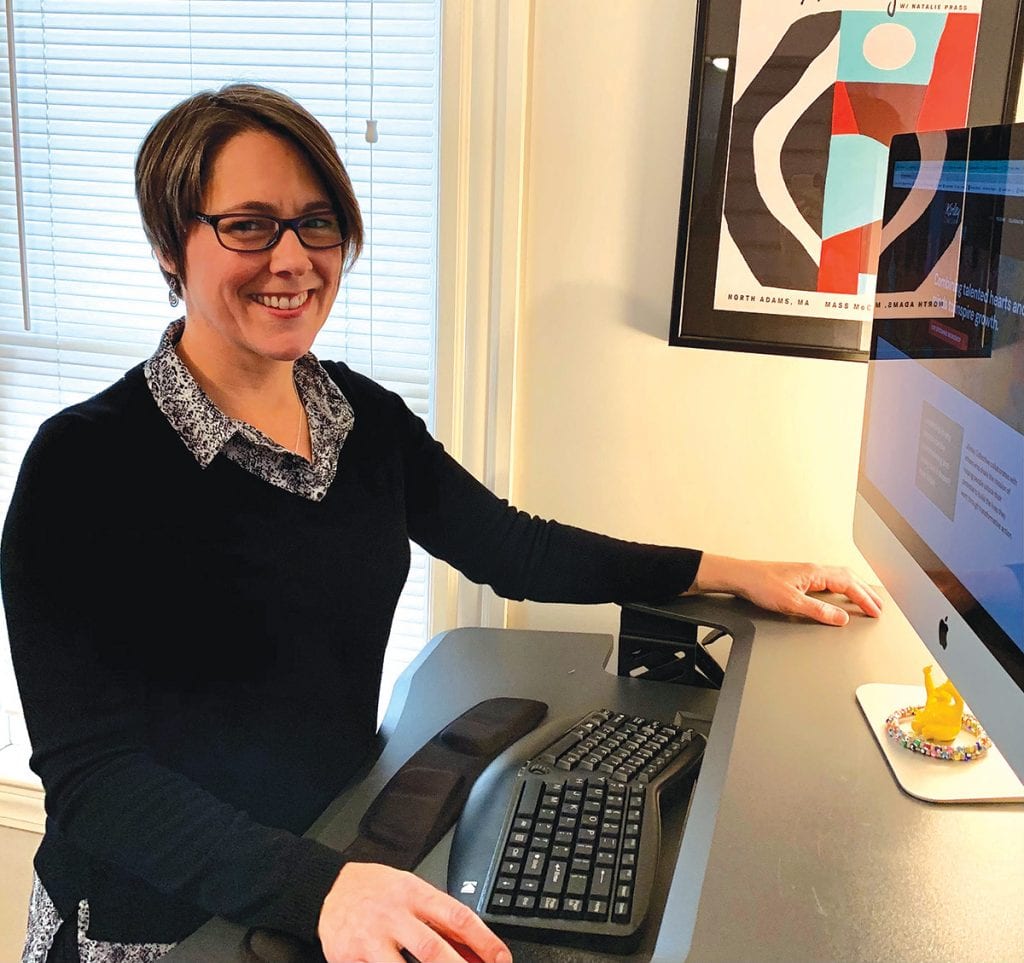 When Jessi Kirley took the reins at the Family Business Center in 2018, she was looking for a new challenge — and some meaning.

“I had a major what-matters-most moment,” she said. “I had just lost my dad to cancer, my own health was suffering, I’d been working in the medical field for 20 years, and I was facing burnout and overperformance. When my dad died, I ended up quitting my job — what mattered most was reconnecting to my health and wellness.”

The FBC, known for its dinner forums, morning workshops, peer-advisory groups, custom consulting, and other programs cultivated under the long-time leadership of Ira Bryck, proved a gratifying role, but it — like so many companies and organizations across the U.S. — became a financial victim of COVID-19 and closed its doors last spring.

“That was another moment when I asked myself, ‘what really matters?’” Kirley said. “Here I am again, two years later, during a massive global pandemic that has caused so much loss and disruption, and I’m including myself there — I was again on unemployment, facing my own fears and insecurities.”

As the single mother of three teens, she felt pressure to provide stability to her household, but she also loved working. “It was a lot of figuring things out, like so many of us needed to do. And what I noticed was that I felt compelled to go back to my roots of helping people.”

Seven months later, the result of those ideas became JKirley Collective, which offers personal- and professional-development courses, beginning with its first track, the “Dignity Series,” and the pilot program in that track, “Dignity in Conversation,” which includes a virtual workshop on Jan. 19 and a follow-up virtual peer-group session on Jan. 26.

As she explained, JKirley Collective collaborates with others who share the mission of helping people unlock their potential to build the lives they want through transformative action. As the pandemic wore on, she said, “I found myself asking what really matters — to me, and to this world. I started a business to pursue my passion of helping people unlock their potential, to craft the lives they want.”

It’s quite a detour from when she studied biology at Smith College with a goal of one day curing cancer.

“I was very ambitious,” she said. “But I always came back to that anchor within myself, wanting to help people. With COVID and the loss of jobs and just moving through this workforce disruption and transformation, how can I help people navigate that? What skills do I have? That’s what brought me to offer my Dignity Series programs.”

Although ‘dignity’ is the theme of the collective’s first series of courses, it’s also the foundational concept of the business itself, Kirley explained.

From that foundation rise three pillars. “The first is dignity as defined by self-worth, something that’s inherent, that we bring with us all the time. The second pillar is the embodiment of this connection to our self-worth; there’s a difference between simply understanding dignity and bringing it into the body and seeing it as a platform for growth and a way to increase confidence and ward off self-doubt. That’s the embodiment piece.”

The third pillar is about action. “We’ve dived into concepts of self-worth and our dignity and really worked on ways to embody that and practice that. So, how do we connect to our agency, our actions, our free choice? And the choice, in this case, maybe, is to move through these disruptions to make a better life for ourselves, or to be more generous, or to step into a new role.”

Many individuals these days are certainly doing the latter. “In this time of change, we’re stepping into new responsibilities, with massive amounts of uncertainty — and what does that feel like? Maybe we’re unsure of ourselves, not confident, doubting our own abilities, questioning our success. And that can derail our ability to reach our goals and move to the other side.”

Getting back to the collaborative concept at the heart of her new enterprise, Kirley credits Andrea Bordenca, who is helping her design and develop the Dignity Series, with being a sounding board as she built the business.

“Considering her valuable experience, it gave me a kind of safety net,” she said of Bordenca, who is CEO of both the Institute for Generative Leadership and DESCO Service, as well as the founder of Lead Yourself Youth. “Taking a chance to start a business — the visioning, the planning — is a very vulnerable experience, and it can be scary. Having a safety net in Andrea allowed me to reach higher.” 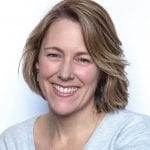 “Here I am again, two years later, during a massive global pandemic that has caused so much loss and disruption, and I’m including myself there — I was again on unemployment, facing my own fears and insecurities.”

Another early collaborator is Amy Jamrog, a financial advisor and founding partner of the Jamrog Group, who is helping Kirley develop a second track of courses, called Claim Your Worth, which will incorporate concepts of self-worth and dignity into practical lessons on financial empowerment. That program’s first course will launch on Feb. 10.

The individual classes are collaborations as well; offerings in the Dignity Series will include Kelly Vogel, owner of Sound Passage, who helps her clients discover the power of their voice; and Dr. Tom Naro, a physical therapist and owner of My PT.

Naro actually approached Kirley, she said, because he felt her concepts could help his clients reach their physical-therapy goals. “Sometimes they struggle with self-doubt, questioning their self-worth, think they don’t deserve to feel good and look good — all those negative thoughts,” she explained.

Each class will feature a workshop followed by a peer-group session a week later, so participants can be introduced to theories and then unpack them in a deeper way, talk about their own personal struggles, and develop strategies for action. While the classes are held virtually now, Kirley sees a role in the future for a hybrid model, even after folks are able to gather in groups again, because it opens her programs up to a wider geographic area.

And, while most participants will likely be women, JKirley Collective welcomes everyone. “Honestly, who doesn’t need this kind of work?” she said. “We know from consumer behavior that women tend to sign up for self-help, self-improvement, but that doesn’t mean it’s not beneficial for everyone.”

She also sees many different applications of these courses, from employee-assistance programs to management team building, to an individual preparing to join a nonprofit board or take on a new leadership role in the community. “The theme is, when we step into something new, by force or by choice, we can doubt ourselves. We want to help people be successful in whatever change they’re going for.”

Currently a business advisor for the Massachusetts Small Business Development Center, Kirley has been committed to serving the community in various capacities for more than 20 years. “I had the fortunate opportunity to go through a Foundations course with the Institute for Generative Leadership,” she said, “which helped me clarify my offering and build a collaboration model for my business.”

Bump in the Road

However, she ran into a discouraging roadblock right off the bat. She initially planned to launch in the fall and call her enterprise DignityWorks — a name that, despite her research, proved to be a problem.

“A business owner in the UK contacted me who had been using DignityWorks for many years, and I faced the threat of litigation,” she recently wrote in her blog. “I halted all program promotion, postponed the pilot to January 2021, and resigned to go back to square one for brand name and design. It felt like a devastating loss of time, money, and momentum. This breakdown opened the door for all of my dignity threats to come knockin’!”

Specifically, all the ‘I’m not worthy’ stories she helps clients deal with flooded her own head and wracked her body with anxiety, thoughts like “I should have known how to avoid this setback,” “this business will never be ‘real’ or earn me a living,” “I am letting everyone down, and no one will trust me after this,” and “I look like a fool, and who am I to start my own business?”

She had to put her own advice into practice — to stay calm, actively move away from anxiety and toward dignity, and take “many deep breaths” — before having a productive Zoom meeting with the business owner across the pond, and then going about changing her business name.

Through the whole experience, “I had to walk the talk of my own worth,” she told BusinessWest. “That was pretty cool.”

By the way, she loves the new brand name, especially its focus on the word ‘collective.’ “Who am I as a person? What are my values? I love connecting people, and I love working collaboratively. When I started to think about my values, it was important that collaboration was the driving force in starting this business.”

So, a new year begins on a more positive note. “Having endured 2020, we’re trying to start 2021 by finding ways to invest in self, grow positively, and have better wellness,” Kirley said — and, above all, do it together.

NORTHAMPTON — JKirley Collective, a new, local collaborative offering personal and professional development courses, is making its debut with the launch of a virtual pilot program, “Dignity in Conversation,” to kick off its “Dignity Series” offerings.

JKirley Collective collaborates with others who share the mission of helping people unlock their potential to build the lives they want through transformative action, founder Jessi Kirley said.

“When the coronavirus pandemic hit, I was the executive director for the Family Business Center of Pioneer Valley, which has now closed its doors permanently, like so many other valuable businesses in Western Mass.,” she said. “In response to this forced disruption and global tragedy, I found myself asking what really matters — to me, and to this world. I started a business to pursue my passion of helping people unlock their potential, to craft the lives they want.”

JKirley Collective aims to help the community navigate disruptions and build resiliency skills, by accessing self-worth as a foundation for making choices to reach desired goals. Kirley holds a bachelor’s degree from Smith College and an MBA from the Isenberg School of Management at UMass Amherst. Currently a business advisor for the Massachusetts Small Business Development Center, she has been committed to serving this community in various capacities for more than 20 years.

“I had the fortunate opportunity to go through a Foundations course with the Institute for Generative Leadership, which helped me clarify my offering and build a collaboration model for my business,” Kirley said.

JKirley Collective programs will offer a variety of tools and practices for transformative change, including dignity embodiment, conversational techniques, and financial empowerment, and will connect participants to an ongoing peer cohort for expanding network support and deepening agency. To truly be successful, individuals must learn and practice dignity-awareness skills so they can live and lead from an authentic, embodied space.