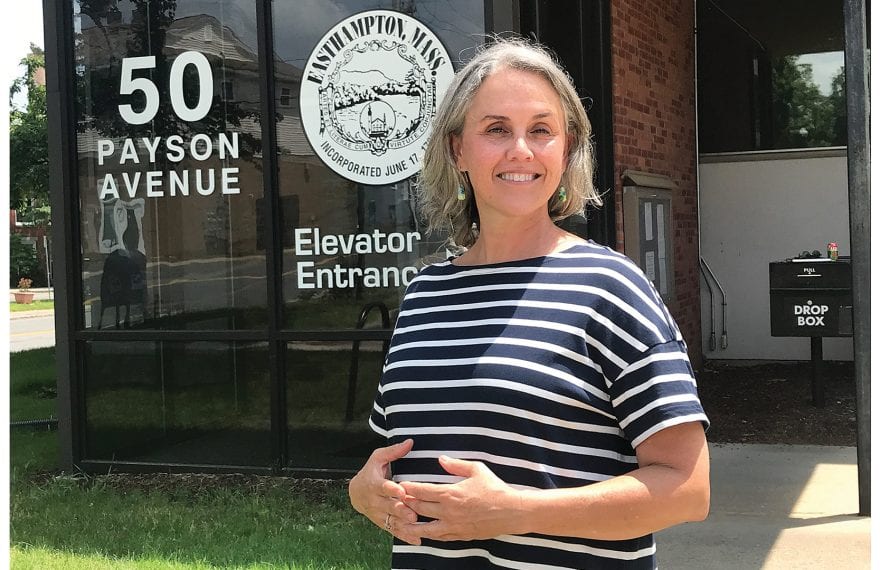 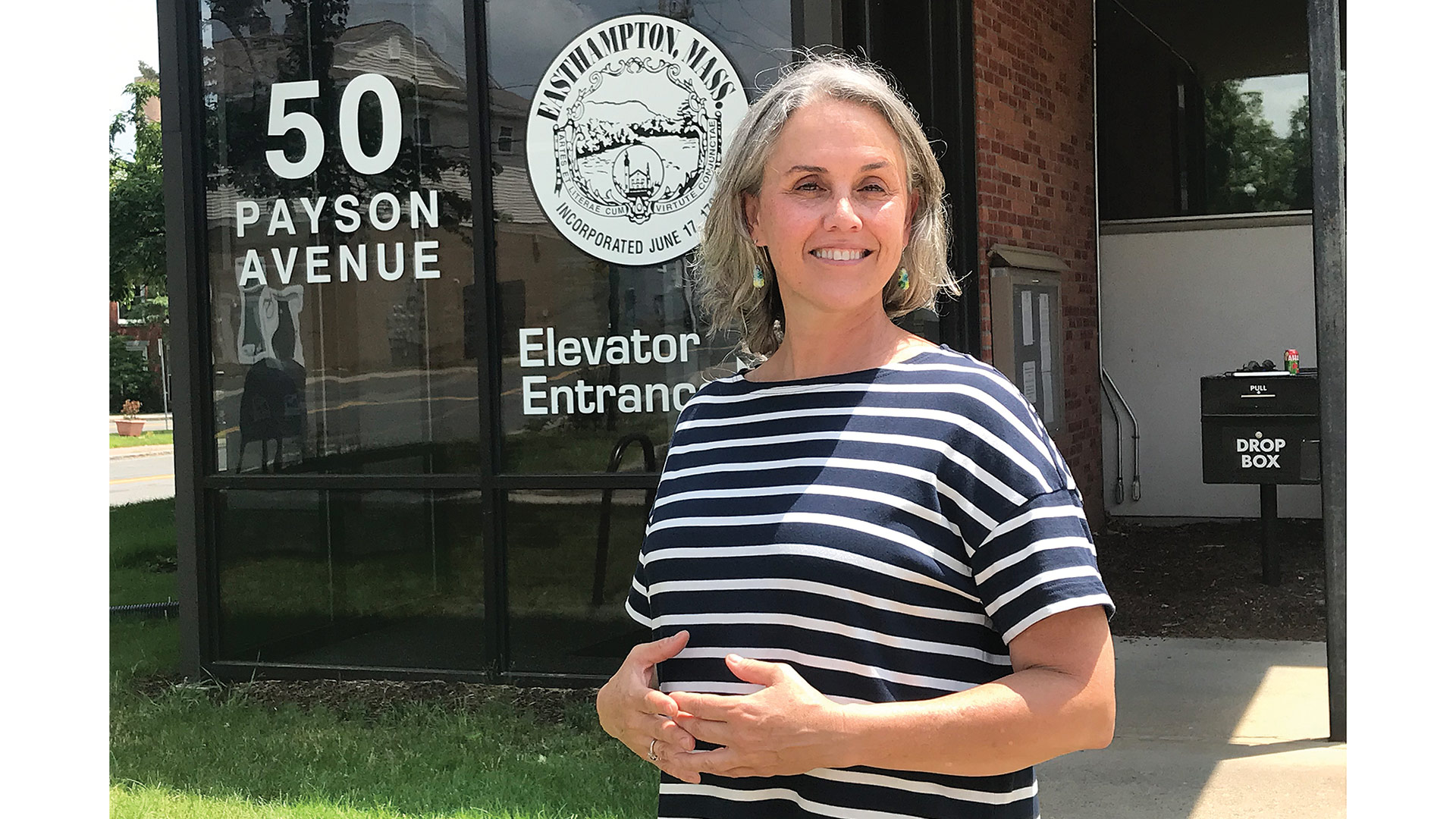 Mayor Nicole LaChapelle says she is concerned about the deeper effects of COVID, and is thus stressing the importance of public health.

While grateful that Easthampton is reaching the other side of COVID-19, Mayor Nicole LaChapelle understands there is still plenty of work ahead.

Even though her city came through the pandemic in better shape than many communities, she has prioritized building up the Public Health department to help the city move forward.

“We’re looking at public health as a part of public safety,” LaChapelle said. To that end, the mayor hopes to add more clinical staff to the department as well as encourage other city departments to collaborate with Public Health.

“I’m concerned about the deeper effects of COVID, from people who had COVID and survived to the mental-health aspects of it on so many people,” she went on. “In Easthampton, we need to support those with medical needs as well as mental-health needs.”

There may be some help on the way. Recently, the Center for Human Development (CHD) purchased the former Manchester Hardware store on Union Street. While CHD currently has a small presence in Easthampton, moving to the nearly 18,000-square-foot building will allow it to expand its services.

Right now, plans include outpatient mental-health counseling services for all ages and primary medical care at the site. LaChapelle said CHD could go a long way to filling the gaps in behavioral-health services in the city.

“CHD has been a good partner, and they are listening to the needs of our community members,” she said. “I feel good about what they will bring to Easthampton.”

After 125 years in business, Manchester Hardware closed its doors late last year. Owner Carol Perman had tried to sell the business to a regional hardware chain, but when that and several other possible suitors didn’t pan out, she decided to retire and just sell the building.

Some in Easthampton were critical of LaChapelle for not trying harder to locate a for-profit business at the Manchester property. Yet, “Easthampton has historically had community-based services downtown. This is not a new placement of services,” she said, noting that Manchester Hardware’s location on a public bus route helps it fit in with City Hall, the Council on Aging, and Veterans’ Services, which are all located downtown.

“As businesses reopen and start to come back, we as a city want to help them readjust to be successful for the long term.”

While there have been calls to model Northampton by pursuing a robust Main Street business district, LaChapelle said she would be negligent as mayor to try to imitate other communities and ignore her own city’s strengths. “Having centrally located services for our residents is a real strength of Easthampton, and we need to pursue those things we do well.”

The mayor’s emphasis on public health is about bringing the entire community back, she noted, especially businesses in Easthampton. “As businesses reopen and start to come back, we as a city want to help them readjust to be successful for the long term.”

Since the beginning of the pandemic, the Greater Easthampton Chamber of Commerce has also worked closely with businesses to get them back on track.

“Even as COVID nears its end, business owners are trying to get their sea legs back,” said Moe Belliveau, the chamber’s executive director.

For the past 15 months, the chamber has shifted its role to become a central information resource in helping local businesses identify and apply for financial assistance during COVID.

“We sifted through all the extraneous information that comes with forms that apply to many situations,” Belliveau said. “Our members knew they could rely on us to get the right information and avoid the firehose effect of too many forms.”

In addition to securing federal grants, the chamber partnered with the city on a state economic-development project that enabled 31 businesses in Easthampton to each receive $1,500 grants.

Belliveau is currently working with the city planner on a COVID-recovery strategic plan. “There are still unknowns as we come out of COVID, so we’re trying to keep communication pathways open so we can make adjustments when necessary,” she said. “The chamber’s mission in this becomes to remain agile so we can provide help where needed and respond to opportunities when we see them.”

Like many communities, Easthampton businesses are having trouble filling open jobs. LaChapelle hopes to address this by possibly using state and federal money to subsidize local businesses so they can pay higher wages to get people back to work. 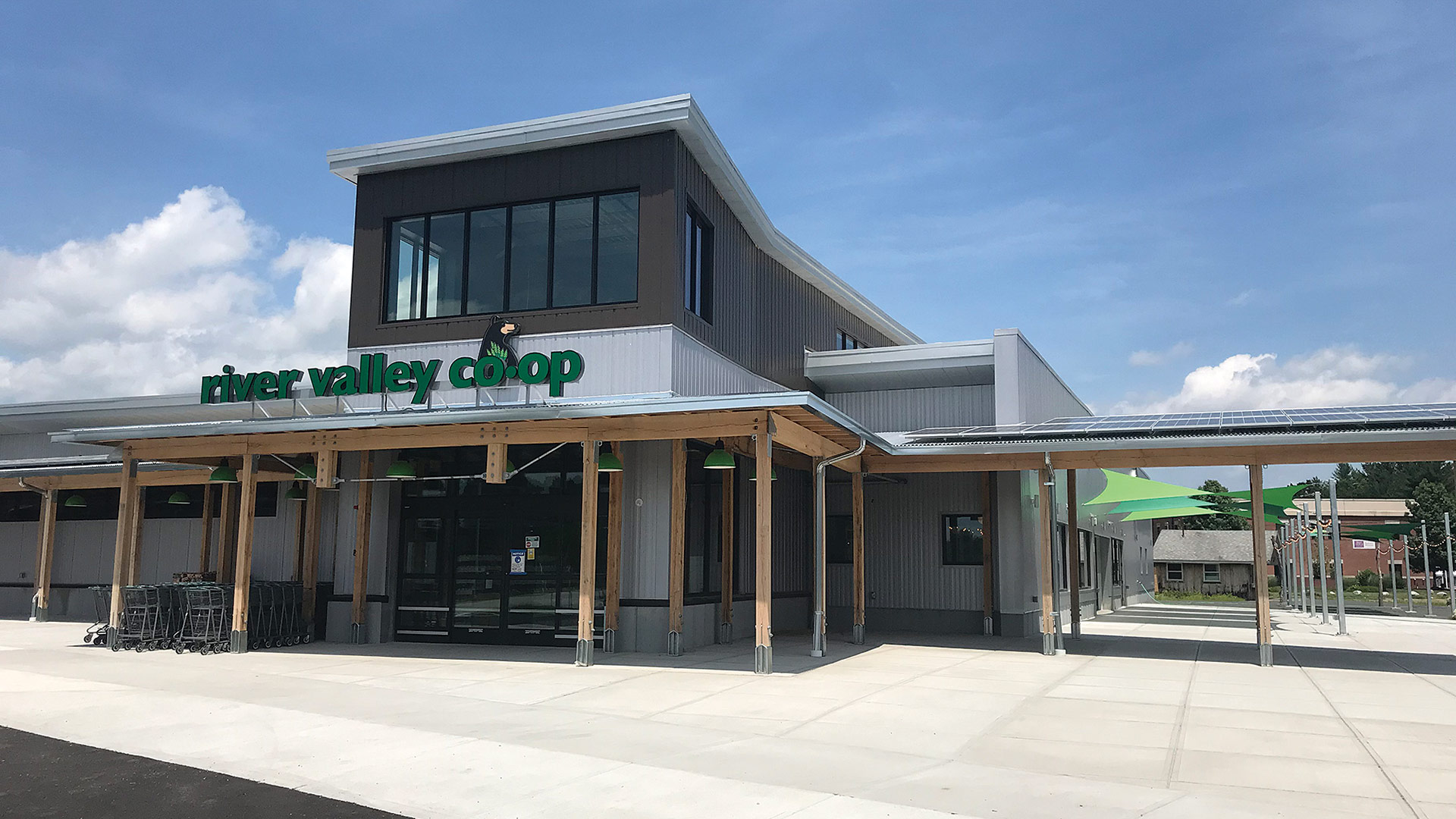 The opening of the River Valley Co-op, a full-service supermarket, is one of many intriguing developments in Easthampton.

The opening of the River Valley Co-op, a full-service supermarket with an emphasis on local and organically grown foods, is bringing lots of excitement to Easthampton. With its grand opening in July, River Valley will offer a 22,000-square-foot market to Easthampton employing 83 unionized workers with hopes of growing that number. By installing solar canopies in the parking lot and solar collectors on the roof, it produces enough power to offset the energy required to run the market, making it a net-zero building.

LaChapelle said River Valley is already inspiring the city to pursue its own energy-saving projects. “We’ll be putting solar canopies in the parking lot and on the roof of City Hall, as well as behind the Public Safety department. It won’t bring us to net zero, but it’s a good start.”

Mountain View School, which will serve students from pre-kindergarten through grade 8, is nearing completion and expects to welcome middle-schoolers in January 2022, after the holiday break. LaChapelle said the plan is to move some of the younger grades into the new school next spring, and by fall 2022, all grades will be attending Mountain View.

“A couple years ago, we discussed the fear of moving young children during the school year and how disorienting that might be,” the mayor noted. “Since COVID and all the adjustments students have had to make, we no longer see that as an issue.”

Once all the students move to the new school, Easthampton will try to sell the Maple, Center, and Pepin school buildings, all of which are more than 100 years old. LaChapelle hopes to see those buildings developed into affordable housing, and the city is marketing all three schools as one project to make it more attractive to developers.

“There are still unknowns as we come out of COVID, so we’re trying to keep communication pathways open so we can make adjustments when necessary.”

“If we converted just one of these schools for affordable housing, it would be tough because it may result in only 12 units,” LaChapelle said, adding that several developers are considering the three schools as one package, and she remains optimistic that a deal might soon be in the works.

At one time, Easthampton was known for its mills. Long after they were shut down and no longer viable, the mill buildings are now a way to address economic development and to make more housing available. One Ferry Street is a project that is renovating old mill buildings into mixed-use properties featuring condominium and rental housing, as well as office space. One building, 3 Ferry, is already open, and several businesses are currently leasing space there. The next two buildings slated for renovation sit behind it and present a sort of before-and-after contrast to illustrate the potential at the site. Once complete, those two buildings, both much larger than 3 Ferry, will add more than 100 new housing units to Easthampton.

While many businesses either slowed down or shut down during the pandemic, the four cannabis dispensaries located in Easthampton continued to generate income for the city. LaChapelle is hoping to use some of that revenue for a clean-buildings initiative. With several buildings in need of new HVAC systems and some state money available, she sees this as an opportunity to invest in public infrastructure that will benefit the city well into the future.

“It’s a big step, and, where appropriate, we could offset some of the one-time expenses with our cannabis revenues,” she added.

Belliveau said one of the strengths of Easthampton is an eclectic entrepreneurial base. Last year, the National League of Cities selected Easthampton as part of its City Innovation Ecosystem program designed to drive entrepreneurship and innovation. The city’s effort, titled Blueprint Easthampton, currently features an online resource navigator to connect entrepreneurs with everyone from suppliers to counselors to help advance their enterprises.

The Massachusetts LGBT Chamber of Commerce and the Assoc. of Black Business & Professionals are also working with Blueprint Easthampton, which puts a focus on informal entrepreneurs who might not qualify for traditional grants, LaChapelle said, adding that she’s most excited about the coaching aspect of the program.

“[JPMorgan Chase CEO] Jamie Dimon has executive coaches — why not someone who’s making a product for sale on Etsy?” she said. Through coaching, entrepreneurs can learn how to take advantage of the many resources that are available.

“We’re seeing all kinds of people, including single parents and people of color, who are all trying to figure out how to grow,” the mayor said. “We’re giving them technical support, executive coaching, and, at the end of the program, a gift of capital to help them get ready for the next step in their venture. We just ask they register as a business in Easthampton.”

Through all its challenges, LaChapelle remains optimistic about Easthampton because she feels there is a real dialogue between the city and its residents.

“In Easthampton, you can get involved in your government and make a difference,” she said, crediting, as an example, efforts by volunteer groups who worked with the city to create open public spaces.

“Easthampton has really embraced change and the ability to evolve and grow,” Belliveau added. “In general, I’ve found people are excited about the positivity and potential that comes with change, even when it’s scary.” 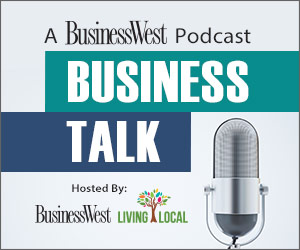 We are excited to announce that BusinessWest, in partnership with Living Local, has launched a new podcast series, BusinessTalk. Each episode will feature in-depth interviews and discussions with local industry leaders, providing thoughtful perspectives on the Western Massachuetts economy and the many business ventures that keep it running during these challenging times 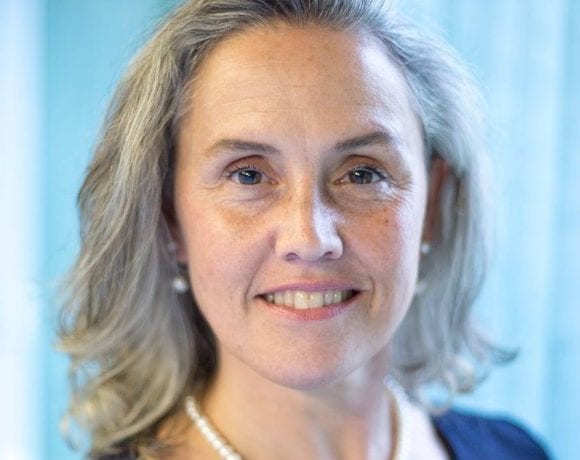 Thom and Mayor LaChapelle discuss her service on Governor Baker’s COVID-19 Reopening Advisory Board, resources business owners can access to reopen successfully, and challenges some industries may face in a post-COVID economy.