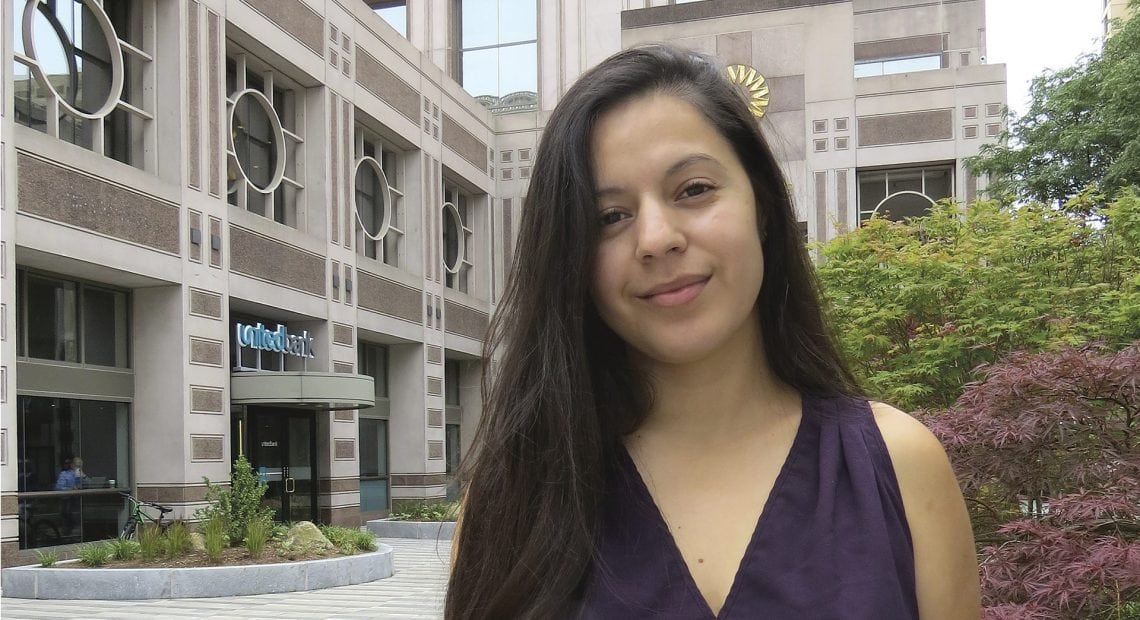 The Picture Is Brightening for Law-school Graduates 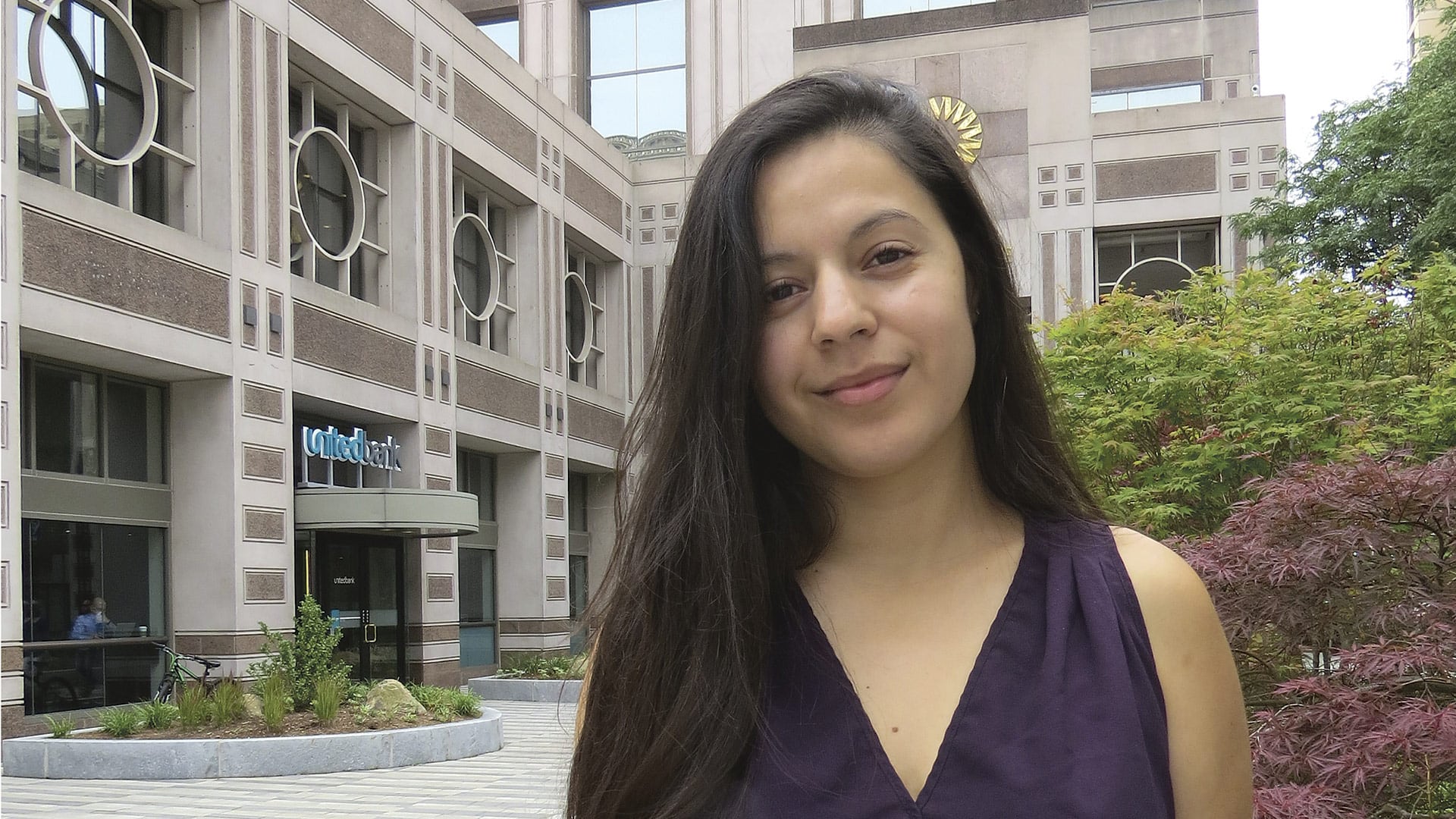 Claudia Quintero was inspired by a lawyer who helped her — and now gets to do the same for others.

In the years immediately following the Great Recession, many law-school graduates were challenged to find employment, let alone their dream job. But the picture is gradually improving, as evidenced by the experiences of recent graduates of Western New England University School of Law.

That’s how she characterized the position she landed as a migrant/farmworkers staff attorney at the Central West Justice Center in downtown Springfield.

It’s a dream job, because she’s doing essentially what she always wanted to do and what she went to Western New England University School of Law to do — help people, but especially in the same way that an attorney helped her when she was 16 years old.

She met an attorney through a legal-services program in Los Angeles, where she grew up, who helped her apply for and obtain her permanent residence in just five short months. Quintero was always impressed and grateful for her own attorney’s diligence, and thought, “I want to be just like her.”

And those have been quite hard for law-school graduates to attain in recent years. In fact, for some time after the Great Recession, taking any job became the goal and, for most, a hard reality.

But the situation is improving, said Laura Fisher, director of Law Career Services at WNEU Law. She used the phrase “pretty steady” to describe the current climate, and while that’s a long way from ‘robust,’ ‘healthy,’ ‘solid,’ or other, more positive terms, it represents an improved picture and a better forecast for recent graduates.

“When the economy really took a hit in 2008 and 2009, every sector of the economy was disrupted, including law schools and law graduates,” said Fisher, adding, however, that “we’re seeing a rebound now.”

She offered some numbers to back up those words.

At WNEU Law, the class of 2017 graduated 101 students. According to data from the American Bar Assoc. (ABA), 43 of those graduates were employed at long-term, full-time, bar-passage-required jobs 10 months after graduation. Nineteen graduates were employed at what are known as ‘JD advantage jobs,’ meaning passage of the bar exam is not required, but that having a juris doctor degree provides a significant advantage.

Of the 101 graduates, eight were unemployed and seeking. Others were employed at both professional and non-professional positions or seeking a graduate degree full-time.

“The 10-month report for the class of 2017 indicates that the percentage of students with full-time, bar-passage-required, JD advantage, and other professional positions is 71.2%,” said Fisher. “This figure is approximately equivalent to, but slightly elevated, over the previous year, which was 68.9%.” 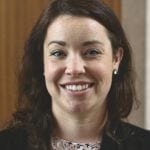 The ABA gathered that, nationally, 75.3% of the class of 2017 had long-term, full-time jobs requiring or preferring JDs. This is an increase from the previous year’s sum of 72.6%. However, the ABA credits the higher percentage of employment to “an approximately 6% decrease in the size of graduating classes at law schools nationally” (more on that later).

“When the economy really took a hit in 2008 and 2009, every sector of the economy was disrupted, including law schools and law graduates. We’re seeing a rebound now.”

Slicing through all those numbers, Fisher sees an improving job market and more opportunities for the school’s graduates — in the field of law, but also other sectors where a law degree is quite valuable, and these sentiments are reflected in the experiences of some of WNEU’s recent graduates, like Quintero.

For this issue and its focus on law, BusinessWest talked with Fisher and several recent graduates to get some barometric readings on the job market and where a law degree can take someone these days. For many, their landing spot was, in fact, a dream job.

In 2013, the graduating class at WNEU included 133 students, said Fisher, summoning more numbers to get her points across. At that time, 49 students were employed at long-term, full-time, bar-passage-required jobs.

Although the class size at WNEU has decreased since then, Fisher said this is entirely by design. She noted that WNEU, along with other schools, are keeping the class sizes at “a reasonable size that’s reflective of what the market entails.” 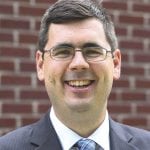 Despite smaller class sizes, Fisher believes these numbers do not reflect a lack of opportunity in the job market.

“Although the market out there still feels pretty flat and we’re being careful about the number of law students we’re producing, I still feel like there’s plenty of opportunity out there,” she said. “Our alumni go on to do wonderful things.”

“Law school to me seemed like a natural way to really combine a lot of my interests and abilities. I’ve always kind of viewed the law as a way to help people.”

And she used that phrase to describe work both inside and outside the courtroom.

“Law school to me seemed like a natural way to really combine a lot of my interests and abilities,” said Carey. “I’ve always kind of viewed the law as a way to help people.”

Beginning law school in 2013, he was looking for a way to get his foot in the door, so he applied for a job at the DA’s office. He landed one as district court administrator, working behind-the-scenes to help the ADAs. He’s been there ever since, but has continued to move his way up. Since starting his role as ADA, Carey has served as director of the Drug Diversion and Treatment program for two years, a new initiative he helped launch for people struggling with addiction. It assists with treatment, rather than putting people through traditional criminal-justice prosecution.

In addition to his role at the DA’s office, he also served on the Easthampton School Committee and was elected to the Easthampton City Council. And he’s currently running for state representative — a significant change in career-path course from his original plan of being a high-school English teacher.

He is not the only one who was initially unaware of where a law career could take them. Nicole Mule, another member of WNEU’s class of 2017, did not know she was interested in law until she took classes during her time as an undergrad. 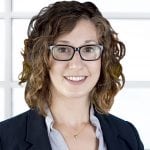 With a major in criminal justice and a minor in communication at the University of New Haven, she was required to take several law courses that were taught by lawyers. She mentioned that the classes were taught very much like they are in law school.

“It made me realize why advocating for businesses was so important. As an attorney, I can have a significant effect on my clients’ businesses for their benefit.”

“After that, I was hooked,” she told BusinessWest.

When in law school, she noted that she did not put all her focus into one practice area, and eventually gravitated toward employment law. In 2016, she accepted a summer position with the firm Robinson+Cole, which has offices in Massachusetts, Connecticut, and several other states, and was offered a job.

Both of her jobs during law school helped her realize her love for this profession.

“It made me realize why advocating for businesses was so important,” said Mule. “As an attorney, I can have a significant effect on my clients’ businesses for their benefit.”

Both Carey and Mule graduated with law degrees but have gone on to completely different professions. This wide variety of career options is another reason why the job market for law school graduates is doing better than it was 10 years ago.

For Caroline Montiel, another 2017 graduate from WNEU, combining two of her biggest passions was important, and she was able to find the perfect fit.

She completed her undergraduate studies in chemical engineering, and after receiving some inspiration from her host dad while studying abroad in Spain, she decided to get her law degree. However, Montiel had a different experience than some of her peers while applying for jobs during law school.

“I was applying every week, at least one job a day,” said Montiel, adding that she applied to five jobs a weekend. For every 50 applications she filled out, she hoped to get one interview.

After she passed the bar exam, she began her career with a judicial clerkship in Connecticut Superior Court. In mid-June of this year, she began her new job as patent examiner at the Patent Trademark Office in Washington, D.C., working in the field she fell in love with during law school.

Much like Carey, Montiel, and Mule, Quintero completed several internships during her time at law school, including one with the people who helped her obtain permanent residency. She began applying for jobs during her third year of law school, and ended up sending in applications to about 10 jobs. Quintero’s strategy was simple: apply to places where she knew she would be happy.

“I was very picky about the kinds of jobs that I applied to just because I have a very specific thing that I want,” said Quintero. “I don’t like to divert energy or waste time doing things that I know I’m not going be happy doing.”

She got about three offers and ended up at Central West Justice Center. She said she was nervous that she wouldn’t get a job she wanted or that made her happy, but having a strong network was an important factor. Though it was a fairly seamless process for her, she noted that it took some of her friends much longer to find jobs.

“I was very cognizant that I was lucky,” she said.

There are certainly benefits to knowing what you want, and Montiel noted that having an idea of the type of career one wants to go into before starting law school can be very helpful.

Overall, Fisher said she sees that JD-advantage jobs are rising in popularity, both nationally and at WNEU. She noted that a lot more people are using their degrees for JD-advantage jobs in positions like higher education, data privacy, and security.

Fisher mentioned that some students choose to opt out of the traditional path at a law firm because it can be stressful, and they want a good work/life balance.

Fisher wouldn’t say the market is booming for law-school grads — again, ‘steady’ was the word she chose, and she chose it carefully — but she does believe there are many opportunities out there in the legal job market because of how valuable it is to have a law degree in countless professions.

“A law degree is valuable far above and beyond how it can help you practice law,” said Fisher. “There’s a lot more you can do with it. Going through the process of learning how to think about laws and regulation and risk, I think all of that just lends itself to creating an employee who’s very aware, very mindful, and very responsible.”

For the graduates, that means a better chance of landing a dream job. 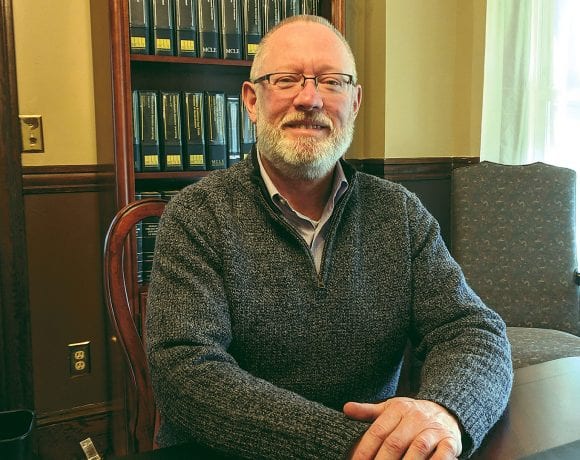 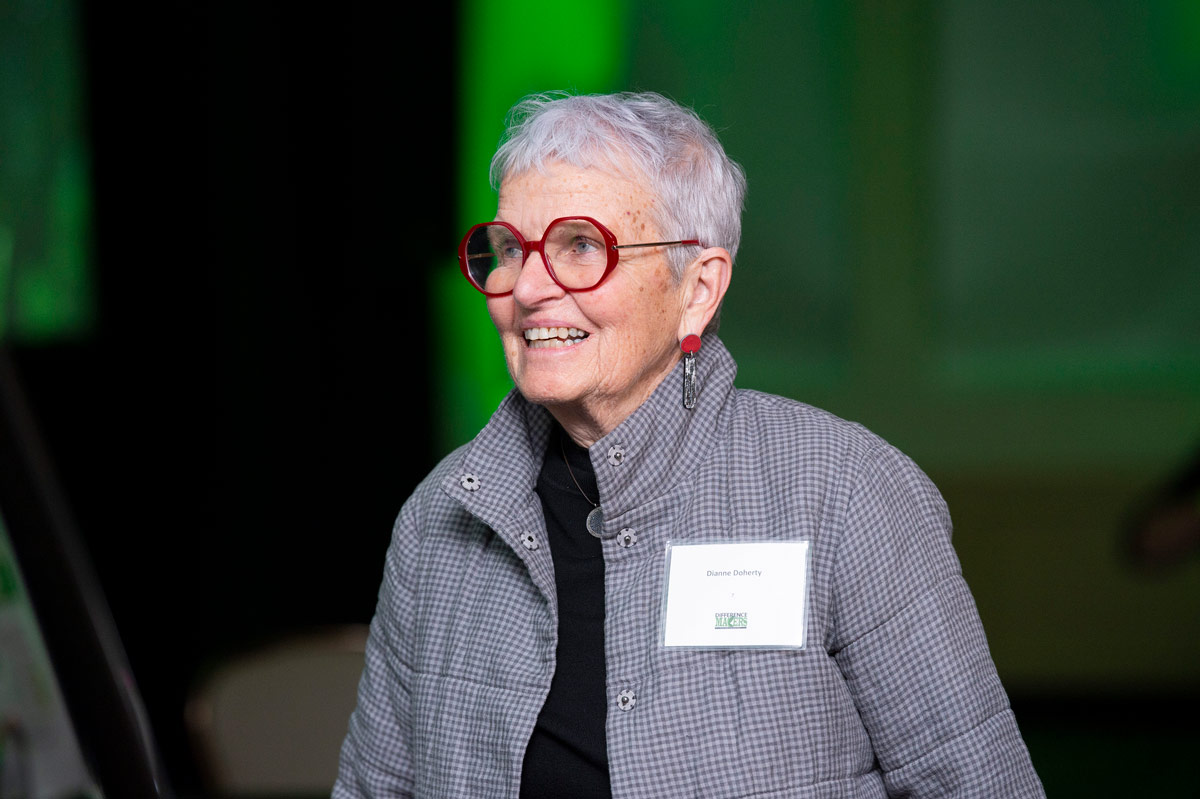