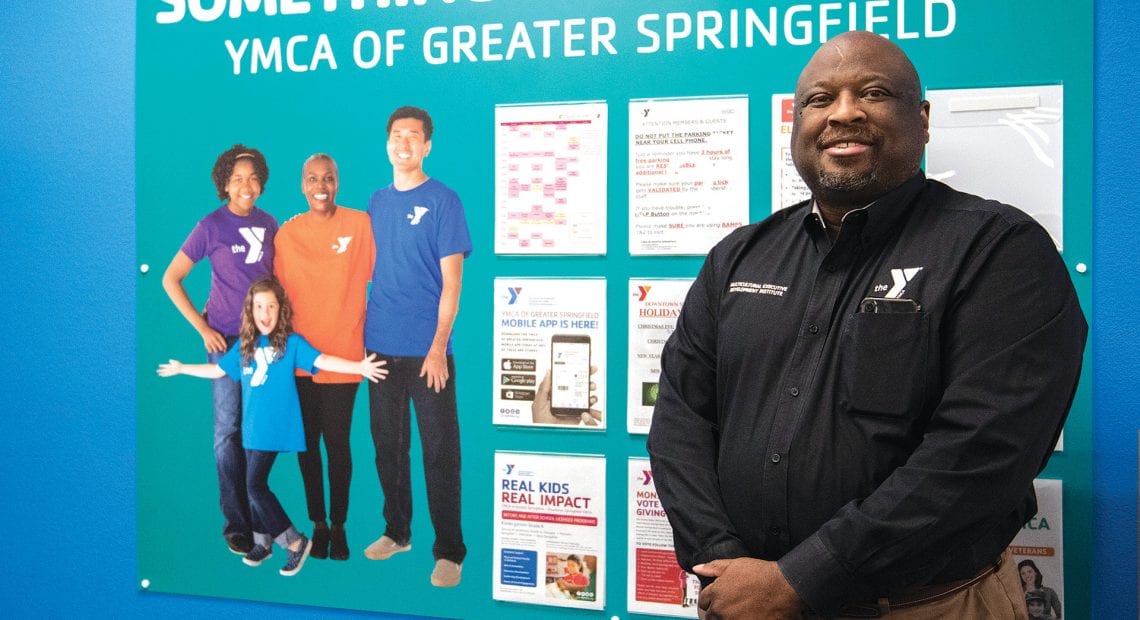 The Relocated YMCA Serves the Community in Many Ways

More Than a Gym 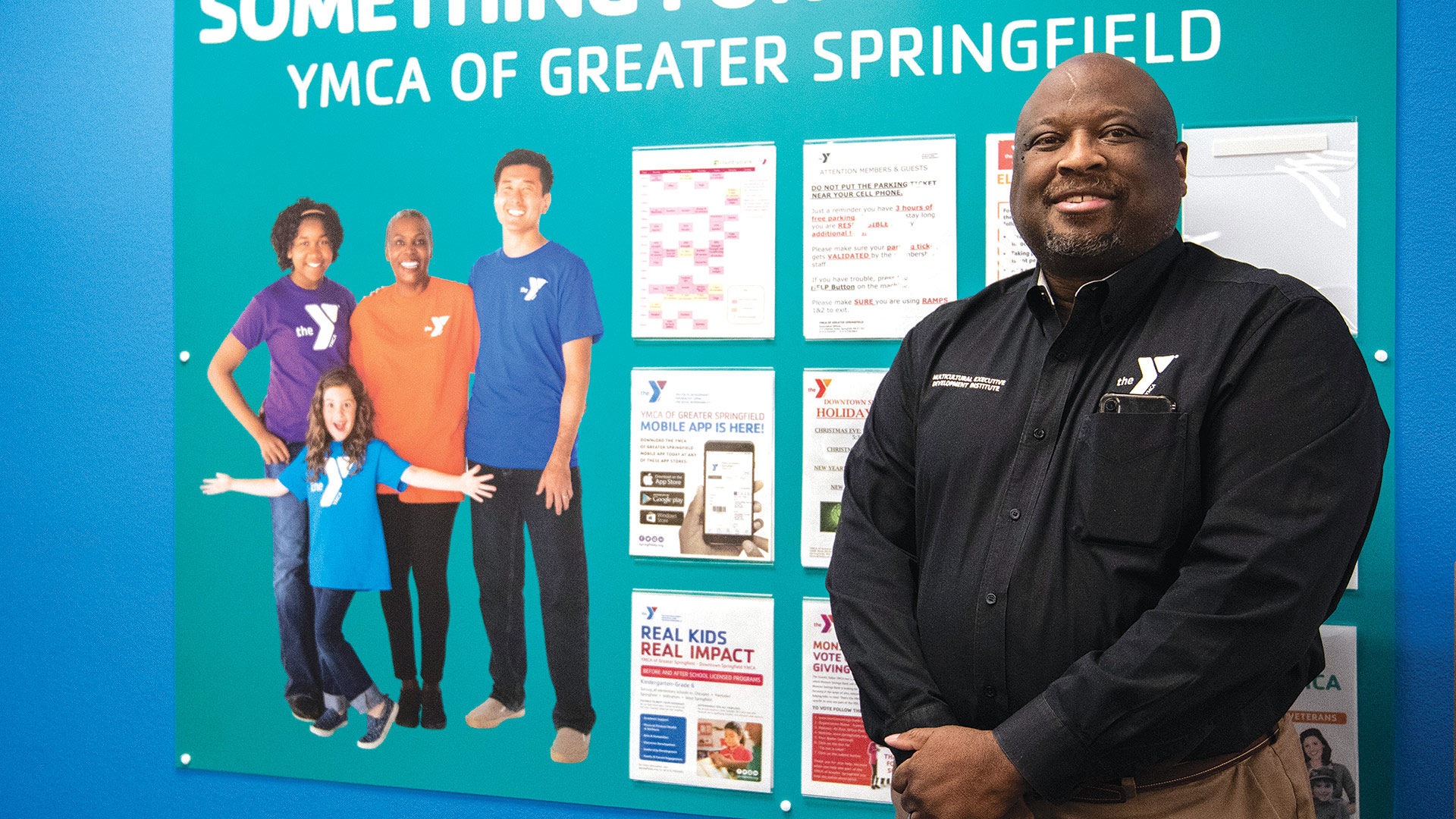 Dexter Johnson says people who work downtown are excited about having the YMCA nearby.

Dexter Johnson can rattle off the amenities found in any chain gym. Weights and cardio equipment. A sauna or pool. Perhaps a playroom for kids to hang out while their parents work out.

But the YMCA offers more than just fitness equipment and childcare for its members — it gives them a community, said Johnson, CEO of YMCA of Greater Springfield, which recently relocated from Chestnut Street in Springfield to Tower Square in the heart of downtown.

The nonprofit recently held its grand opening, and is well underway with programs, fitness classes, and more activities open to members.

The fact that Tower Square, Monarch Place, 1550 Main Street, and other surrounding offices are home to more than 2,000 employees in downtown Springfield is one of several benefits of the YMCA’s move, Johnson told BusinessWest. “The reception has been great. The people that work in this building or in the adjoining buildings have been excited about having us here.”

And it’s no secret why.

But Johnson knows the Y is more than just a gym — it’s a cause-driven organization that focuses on giving back to the community through youth development, healthy living, and social responsibility.

“We don’t call ourselves a gym, despite the fact that we have gym equipment,” he said. “We are a community organization, and this is just one of the ways that we serve the community.”

One of the many programs the Y offers is LIVESTRONG at the YMCA, a 12-week personal-training program for adult cancer survivors offered without cost to participants. It also provides families with nearly $700,000 in financial scholarships every year — just two examples of how the Y is much more than just a gym, Johnson said.

“Our goal as an organization is to really make the Y stronger,” he noted, adding that the move to a new facility will greatly reduce costs to allow the organization to expand its services and impact. “The Y is looking to serve the community and to help from the spirit, mind, and body aspects of what people need.”

Before the move, Johnson anticipated the Y would lose about 20% of its members due to lack of a pool and change of location, but added that it has since gained new members and partners that are taking advantage of the services. About 50 new memberships were sold before the move into the new space, just because people knew it was coming.

“Nearly 2,000 people work in these three buildings, so we’re really hoping that those folks will understand the convenience of having something like this right here and not having to go to your car and drive elsewhere to meet your wellness needs,” he said.

Right now, the number of membership units, both families and individuals, is up to about 1,000. In order to increase these numbers, Johnson says the Y is giving tours, reaching out to local businesses and neighbors, and will be offering specials starting in 2020 to get people in the door.

“We’re hoping that we will get a good turnout of people that will give us a try,” he said, adding that a new sauna, steam room, and more than 40 group exercise classes a week are just some of the benefits.

While welcoming those newcomers, Johnson emphasized that the Y is also hoping its long-time members will enjoy the new facility as well.

“Despite the fact that we are heavily focused on the business population, we continue to serve the population as a whole, and we want our members to remember that part because that’s crucial for us,” he said. “We’re really looking to build upon the existing membership by moving here.”

While the new location has more limited space than the original, Johnson says he’s focused on making the most of the new location. That includes utilizing the parking garage by offering members free parking for up to three hours — as well as letting people know what other amenities exist in Tower Square, from retail and banking to UMass Amherst and numerous restaurants, most of them in the food court.

“We understand that the more activity and the more action taking place in this building, the better for everyone,” he said.

Overall, Johnson strongly believes this new facility will help serve the goals of the Y as a whole.

“We think this facility will stabilize the organization,” he said, “while we continue in our other efforts as they relate to our full service at our Wilbraham location, our childcare facilities throughout the city, and all the things the Y is involved with.” 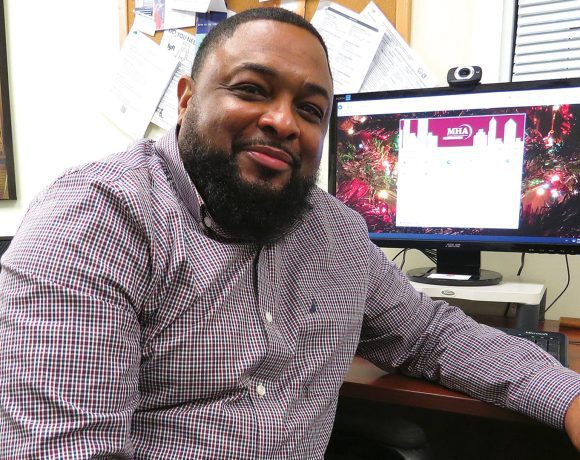