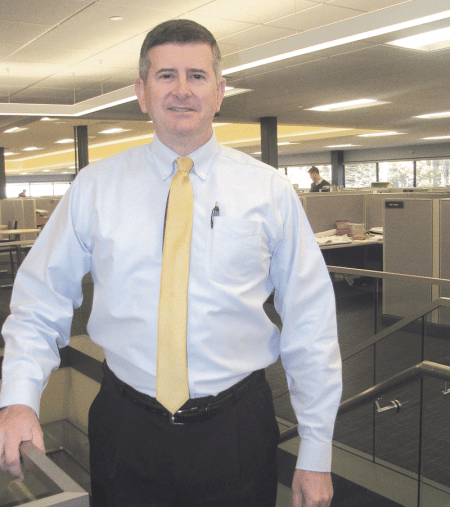 In its first 90-plus years, Tighe & Bond had emerged as a Western Mass. leader in civil engineering, carving out a strong reputation and myriad civil-engineering projects around the region. But over the past decade, the company has embarked on an impressive growth trajectory, adding offices, expanding its services, and adding 100 employees. The current vision, President David Pinsky says, involves staying independent, nimble, sensitive to industry trends, and increasingly driven by a burgeoning youth movement.

With 105 years in business and a workforce of 270, Tighe & Bond boasts numerous employees whose experience stretches back four and five decades. But many more are just beginning their career journey.

“For the first time, Millennials are the largest generation at Tighe & Bond,” the firm’s president noted. “I think it’s exciting — four generations working together. We’ve got young professionals working with seasoned people, and they’re all learning from each other. We have some wonderful young talent; I’m so excited.”

At the same time, many of the company’s long-time clients are experiencing the same shift, as Baby Boomers begin to retire and Millennials climb the leadership ladder. It’s just one more reminder that nothing stays the same in the world of civil engineering, which is why Tighe & Bond has maintained an ambitious schedule of growth and expansion over the past decade.

The most basic goal, he told BusinessWest, is to remain a privately owned, independent company at a time of great consolidation in the industry, with larger firms constantly acquiring smaller ones.

“We like exactly where we are; it provides some unique opportunities. We’re a regional, northeast firm — no longer just a Western Mass. firm, but not a national firm. We know our place, and it’s a sweet spot for us. We continue to grow, but not for growth’s sake. We want to grow profitably and be better able to serve our clients.”

That growth has been significant in nature; Tighe & Bond saw its workforce increase from 170 to just over 200 from 2006 to 2011, and the past five years have seen an even more dramatic surge, to a current roster of 270 — what Pinsky calls moderate and steady, but not “crazy,” growth, of between 5% and 10% per year. “That’s comfortable for us, and not overwhelming for employees.”

Growth has come in two ways, he added: Geographic expansion and adding new services. For the former, over the past five years, the company has opened up new offices in Portsmouth, N.H. — allowing it to reach customers in that state as well as Northeastern Mass. and Southern Maine, Pinsky said — as well as new branches in Westwood, serving Eastern Mass., and Red Hook, N.Y.

The company had already tackled projects in these areas, Pinsky noted, and expanding its footprint simply enabled it to better serve those clients, as well as shift some employees who live in those areas and had been commuting long distances. In the case of Portsmouth, Tighe & Bond acquired an existing firm, doubled its office size, and retained many of its employees and leadership.

Partly in response to that growth, Tighe & Bond has added two new leadership positions over the past two years, hiring Bill Hardy as chief operating officer and Bob Belitz as chief financial officer. “It’s been great having their experience and work ethic on the team, helping us as we continue to grow,” Pinsky said.

For more than a century, the company lacked those specific roles. Founded in 1911 to consult on broad-based civil-engineering projects, Tighe & Bond eventually came to specialize in environmental engineering, focusing on water, wastewater, solid-waste, and hazardous-waste issues, and now boasts eight offices in Massachusetts, Connecticut, New Hampshire, and New York.

The firm’s diversity of expertise, said Pinsky, has been a buffer against economic downturns in any one area. Currently, about 60% of its projects are public contracts with municipalities and state government agencies throughout New England and New York, and 40% is private work for a diverse group of industries, from healthcare to education to utilities.

Meanwhile, Tighe & Bond has significantly ramped up its expertise and focus on MEP (mechanical, electrical, and plumbing) services, Pinsky said, as well as increasing its presence in the realm of coastal engineering.

“That’s a really important service, recognizing that rising tides, storm events, and the effects of climate change can wreak havoc with infrastructure along the coastline, as well as inland near waterways,” he noted, explaining that the company has the expertise to plan and design facilities that are more resilient to events, like Superstorm Sandy in 2012, that threaten public and private infrastructure near coastlines. “It dovetails well with the services we already provide.”

The firm has also expanded its presence in renewable-energy projects over the past decade, Pinsky noted, adding that municipalities and developers in the Northeast are increasingly valuing alternative energy sources, and Tighe & Bond has established itself as an expert in the field, working on numerous photovoltaic, wind, and hydro power projects.

As an example, he said the firm has undertaken a number of solar projects where photovoltaic solar has been placed on capped landfills.

While seeing growth in all its markets, however, Tighe & Bond, like all such firms, has faced an increasingly complex regulatory and permitting landscape, one where environmental concerns once considered minor are now paramount.

“The permitting hurdles for most projects are very significant,” Pinsky said. “But we have experts on staff who are very skilled at navigating their way through the process; that’s absolutely something we bring to our clients. Permits can affect schedule, cost, and project viability to a significant extent, so having that expertise is very helpful.”

One advantage of being such a large, regional company is that employees are often called upon to work with other offices, whether by commuting or videoconferencing, if they bring a specific skill set to a challenging job, he went on. “We’re a very collaborative firm, so projects are done across offices all the time. We don’t consider a project to be a Westfield project or a Portsmouth project; it’s a Tighe & Bond project. We bring in the best talent we have to suit the needs of the client.”

Because that talent is critical to a project’s success, Pinsky said, it’s vital that Tighe & Bond retain its key staffers while continually bringing in new blood.

“It’s absolutely a big challenge,” he told BusinessWest. “We talk about the war for talent, and we’re certainly in the middle of that. People have so many opportunities coming out of school, a lot of choices. A lot of companies are looking for people who want to make a difference in engineering and the environment, and we do as well.” 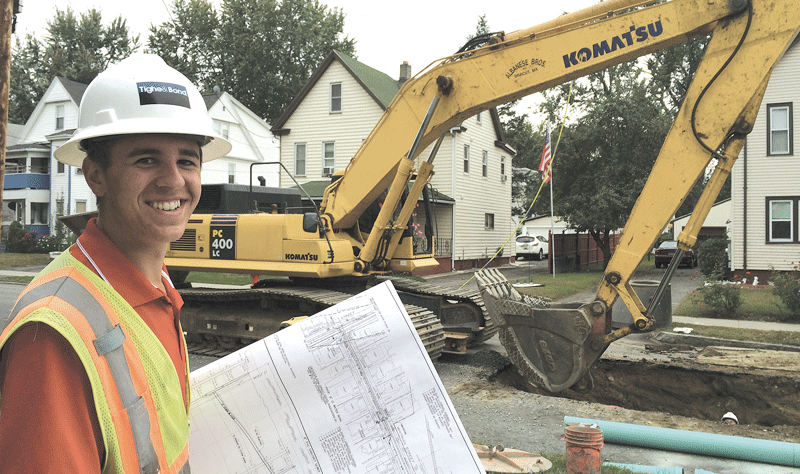 Tighe & Bond now employs more Millennials than any other generation, which bodes well for its future.

While engineering programs at colleges and universities are generally drawing attention, competition can be fierce for graduates, he went on, and firms especially value those who have worked in the field between three and 10 years, as they have some experience but also plenty of potential to grow.

“There’s a shortage of them. We certainly do a good job growing them internally, always thinking that a person we’re hiring today, in three years, will be one of those people. We make a lot of training programs, both internal and external, available to employees, and we certainly immerse them in a lot of project work by surrounding them with experienced people they can learn from and be mentored by.”

To be sure, Tighe & Bond employees regularly volunteer in classroom programs to encourage the next generation of scientists and engineers, but it also seeks to be an “employer of choice,” Pinsky said, for college graduates launching their careers.

“People want to work for great firms — they want to go to firms where they can grow and develop their careers, where there are strong core values, and for us, those values include respect, integrity, commitment, excellence, and reliability. They want to know they are contributing to the firm’s overall vision.”

The days of writing a vision plan and stashing it in the CEO’s top drawer are over, he added, noting that Vision 2020 was developed in conjunction with the whole team and distributed to each of them.

One recent change was the dramatic renovation of the firm’s Westfield headquarters, which increased the floor space from 32,000 to 42,000 square feet, accommodating 180 employees in one building instead of 130 in two, and adding more space for collaborative work. The project included ‘green’ elements like LEED-certified carpeting, LED lighting and more natural light, and a stepped-up recycling initiative to reduce waste. Similar expansion projects have been undertaken at the Worcester, Portsmouth, and Middletown, Conn. branches.

“We’ve improved our offices, invested in technology, and, overall, invested in people. That’s extremely important to us. We’ve created an environment where our people love being here,” Pinsky said. “Sometimes little things matter. It’s the culture of the organization — being connected with clients, and everyone in the office knowing they’re appreciated for the time they put in and the good work they do.”