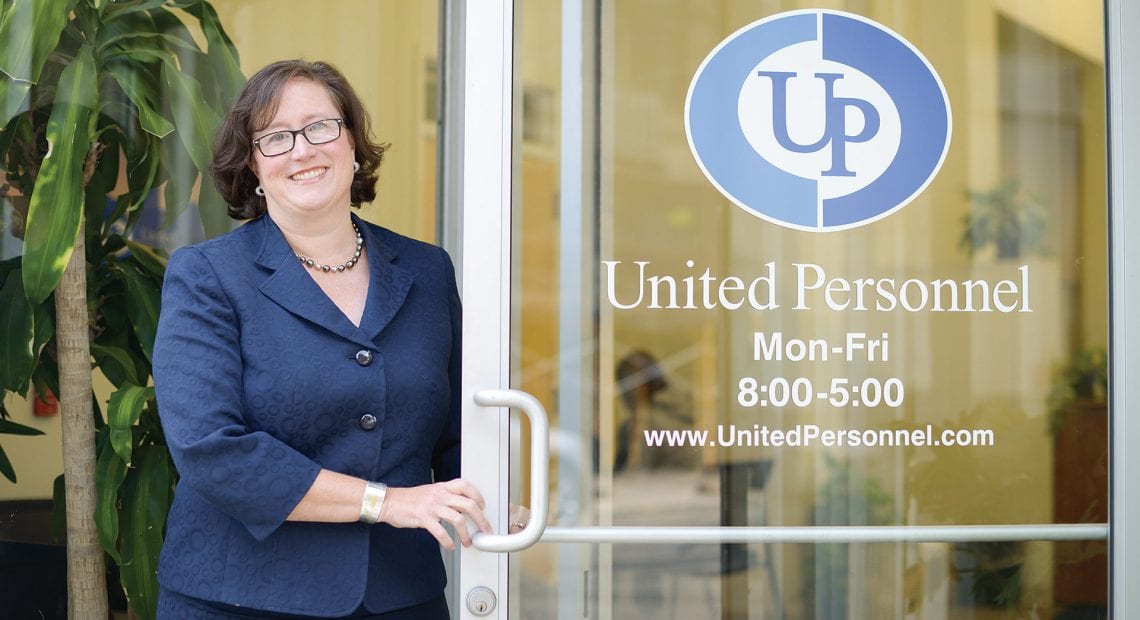 By Connecting People with Opportunities, She Impacts the Economy — and Many Lives 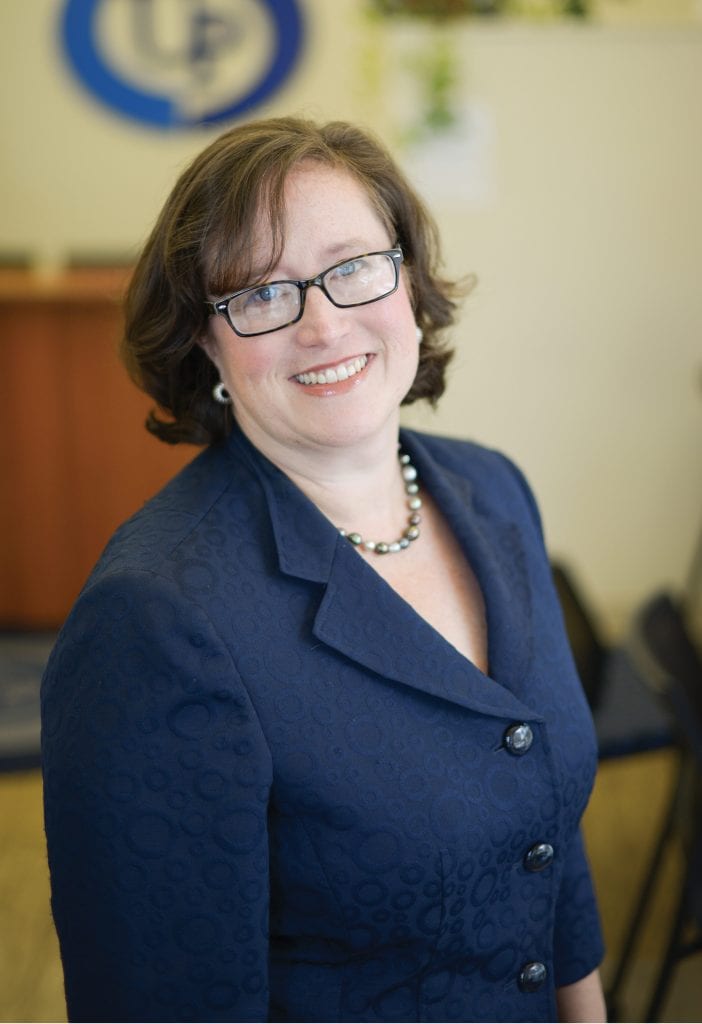 Tricia Canavan spent much of her early career as an educator. Today, in a much different role, education is never far from her mind.

“As I’ve done this job for the last eight years, I’ve learned how education is tied to workforce development and people being successful. It’s not just about being able to write well or have the fundamentals of math — can you support yourself?”

She’s been helping people support themselves for much of the last decade as president of United Personnel Services, but also as a voice for the importance of education and workforce development in giving people the skills they need to access job opportunities. At the same time, by helping connect employers with talent, she’s helping companies grow, which boosts the region’s economy.

“When we have good jobs and we have thriving businesses, that’s good for everybody,” she told BusinessWest. “The health of the economy in Western Mass. is absolutely critical to every single person who works here and lives here.”

That’s real impact — which is why it’s no surprise Canavan is being honored with this award. But she’s not one to seek out accolades, said Jennifer Brown, United’s vice president of Business Development, who nominated Canavan as a Woman of Impact.

“Tricia is incredibly humble,” Brown said. “In spite of her success, she never considers any task to be beneath her. On any given day in the office, you can find her sitting beside her staff, fielding phone calls, or greeting clients and candidates. When understaffed, she jumps in to help and consistently proves that she is not just a leader, but also a partner to her team.”

Canavan similarly deflects praise to her team. “I’ve been really fortunate to have the opportunity to run this company and be able to combine my interests with an amazing team of colleagues,” she said. “I’m so lucky in that regard. I would not be able to do everything I’m able to do without them behind me. No, not behind me — with me.”

Back to that role as an educator, though. “I’ve always been very driven to give back, and I really thought my career was going to be in education or nonprofit management of some sort, and that’s a lot of where my career has taken me,” she explained.

As a freshman at Trinity College in Hartford, Canavan volunteered teaching English as a second language, and later worked as a tutor-counselor with Upward Bound, a federally funded program that helps high-school students become first-generation college students.

“It’s not just about being able to write well or have the fundamentals of math — can you support yourself?”

“I really fell in love with these kids and their families. It became very clear to me that education is the key to so much,” she said. “I could see the impact that we can have working in partnership with them, helping them achieve their goals. I loved that opportunity.”

Prior to taking over her family’s business — her parents, Jay Canavan and Mary Ellen Scott, launched United Personnel in 1984 — Tricia ran the venerable lecture series known as the Springfield Public Forum. Prior to that, she worked in myriad teaching roles, including a stint at Berkshire Community College.

So her original career path wasn’t focused on following her parents’ path. Still, “when you’re part of a family business, it’s always part of you. I’ve worked here at various times as a younger person and have always been involved. My sister, my mother, and I are the board of directors. United has never been too far from my mind or my heart.”

After her father passed away about 20 years ago, Scott continued to run the company, and when she was getting ready to retire eight years ago, she was unsure what the best pathway forward was, Canavan said.

“So we hired some consultants to work with us and talk to me and my sister and the members of the senior management team at that time. At the end, they came to me and said, ‘we think you’re best suited to run this organization.’”

At the time, she was happy running the Springfield Public Forum, an organization she loved and remains involved with today. 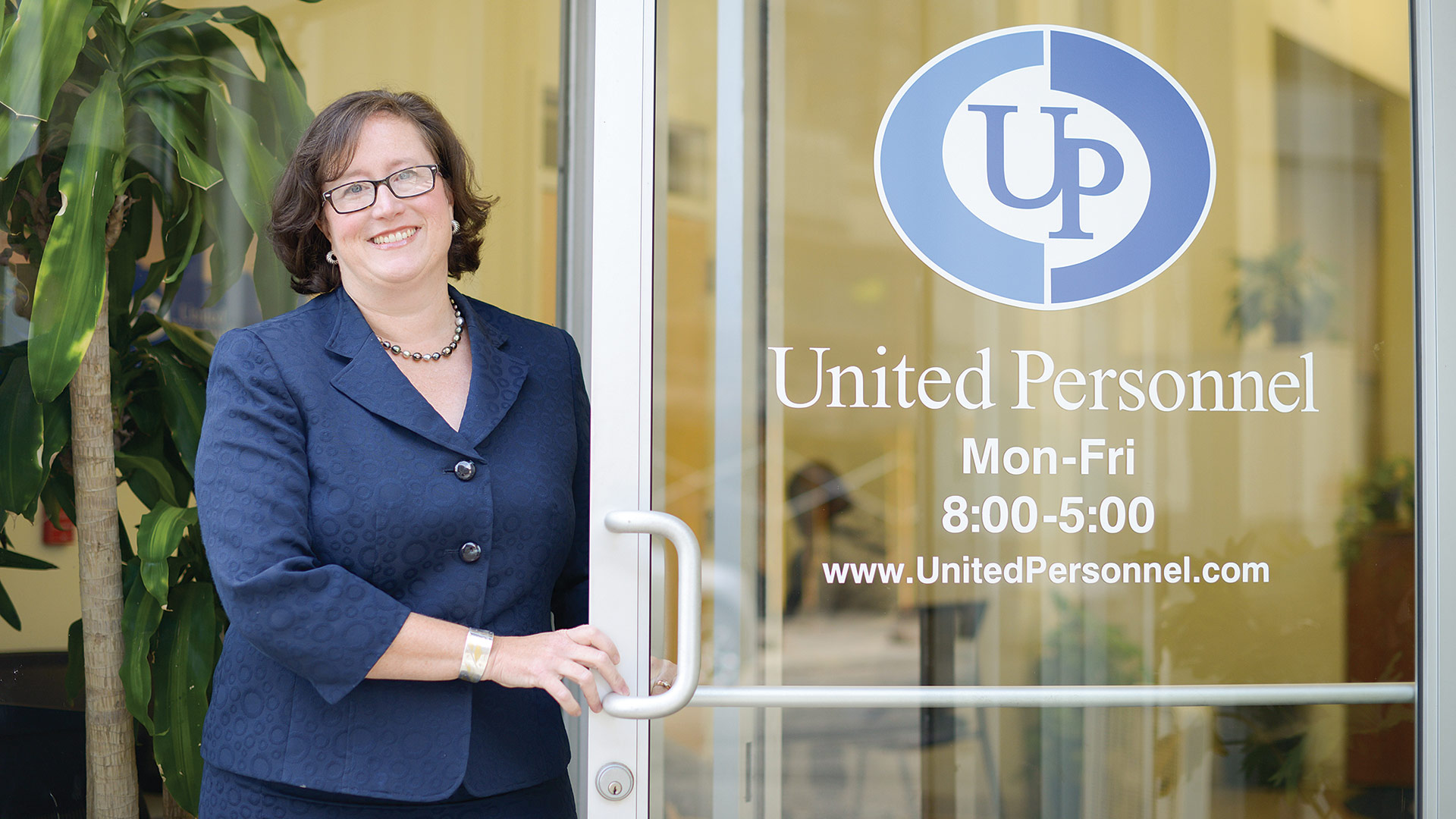 United Personnel moved its downtown Springfield headquarters to a larger space a few years ago.

That turned out to be a critical conversation as she considered how to move forward, she said. “I sometimes say I have a nonprofit heart, and I’ve tried to bring that sense of responsibility to the community and to my employees and my clients in this job.”

Many well-paying careers, Canavan noted, are in reach without a college education for those who are willing to access training, start small, and work their way up. Part of United Personnel’s mission is to dismantle as many roadblocks to employment as it can.

For example, employers typically prefer to hire someone with at least six months of recent, steady work without gaps. But, realizing there are reasons those gaps exist, United offers myriad short-term jobs to help people build a portfolio and references and prove they can handle something more permanent. Meanwhile, it helps connect job seekers with the myriad workforce-training resources available in the community.

There are institutional barriers as well, such as the so-called ‘cliff effect,’ which throws up financial disincentives to people on public benefits who want to work. She said a bill currently making its way through the state Legislature would address that scenario through a pilot program that would help low-income Springfield residents access jobs while reducing the need for public benefits.

Her advocacy for people seeking work starts where she believes it needs to start — in the schools, by making sure students are learning at an age-appropriate rate. Only 7% of Springfield children are considered kindergarten-ready when they enter school, and if they don’t hit reading proficiency by third grade, it sets them on a never-ending pattern of playing catchup.

“That’s my nonprofit heart, asking what does social justice look like for our kids and our families, and what role does education play in that, and then how does that feed into workforce development and a strong economy? It’s all tied together, for sure,” she told BusinessWest.

“How do we help our students and our families get to the point where they are at a living wage and they can support themselves and thrive?” she went on. “One of the social determinants of health, when we look at population health, is economic stability. So it even drives health outcomes. It’s critical.”

For that reason, making sure kids have the same educational opportunities no matter their address or family circumstance is nothing less than a social-justice issue, she said.

“I sometimes say I have a nonprofit heart, and I’ve tried to bring that sense of responsibility to the community and to my employees and my clients in this job.”

“I believe everyone is aware of these inequities, and we’re all working on them, but the reality is, if you live on the Springfield side of Forest Park as opposed to the Longmeadow side of Forest Park, you’re likely having a very different education experience.”

At the end of the day, helping people — from childhood through life — access the education and skills they need to live the life they want is a critical element of Canavan’s impact, and one she takes seriously.

“I feel like it’s a little bit glib to say the best way out of poverty is a job. But we need to help everybody achieve the educational background they need — and that can mean different things for different people,” she said, whether that’s a certificate or degree from college or vocational training in a trade. “What is the pathway to a living wage?”

And that brings her to the second pillar of United’s business, helping companies access the talent they need to grow.

“It’s all tied to economic development,” she said. “I see so clearly the importance of education to a strong economy. If our employers don’t have the qualified candidates they need, they’re not going to stay, and if they do stay, they’re going to struggle.”

United has grown significantly since Canavan’s parents opened their first office in Hartford, specializing in professional, administrative, and finance services. A few years later, they opened a second office in Springfield, focusing on support to the light industrial sector. Today, the firm also boasts offices in Northampton, Pittsfield, Chelmsford, and New Haven.

Meanwhile, its roster of specialties has grown to include manufacturing, hospitality, information technology, nonprofits, medical offices, and even a dental-services division, which has proven to be a significant growth area.

Cavanan said she enjoys working in partnership with clients because it allows United to become a part of their business and operational strategy and provide real value. Whether it’s helping clients with continuous improvement, staff-retention strategies, joint recruiting events, or simply serving as subject-matter experts in matters like HR compliance, she said United does its best work when it’s able to take on that level of partnership.

That said, she noted that legislative mandates from Boston, such as increased minimum wage and broadened leave laws, continue to burden employers and make it more difficult than ever to do business in Massachusetts.

“I’m interested in educational policy, but also regulatory policy as it affects businesses,” she said. “As a younger person, I would’ve said, ‘she’s sold out, she’s gone to the dark side, she’s become conservative.’ But being in this role has given me a much more nuanced picture of all the different elements that make up a thriving region. Businesses can look at competing, surrounding states and see a more favorable regulatory environment. So I think we in Massachusetts really need to make sure we’re balancing the needs of our residents with the burden on businesses. I don’t think we, as a state, have figured that out yet.”

After providing staffing and HR support to its clients, and career opportunities to its candidates, United’s third pillar has long been giving back to the communities it serves, Canavan said, and she encourages her staff to volunteer and serve on boards — both on work and personal time — while the company supports area nonprofits financially.

“I’m really fortunate to work in an organization I love where we’re doing work to help our candidates and help our clients, but also gives us a platform to do things in the community, whether it’s policy or volunteerism or being able to endow a scholarship. I feel very, very lucky to be able to do that,” she said.

Several years ago, Brown noted, United launched an annual Academic Merit Award. This program identifies one contract employee, or the child of a contract employee, currently enrolled in college or a recent graduate, as the winner of a $1,000 award to recognize hard work both inside and outside the classroom.

“It is opportunities like this that show her employees that she’s invested in their futures,” Brown said. “Tricia stands behind everything that her employees stand for — drive, determination, heart, and community involvement.”

Again, that’s real impact on real lives — something Canavan wondered whether she’d have when she left a career she loved eight years ago.

“As my mentor said, ‘you can have a voice. You can have impact,’” she recalled, quickly noting that scores of other women in the region are just as worthy of being called Women of Impact, and she hopes more of them are publicly recognized as such. “I’m always struck by how lucky I am that a handful of people brought me to the table. It’s a privilege to be able do all this.” 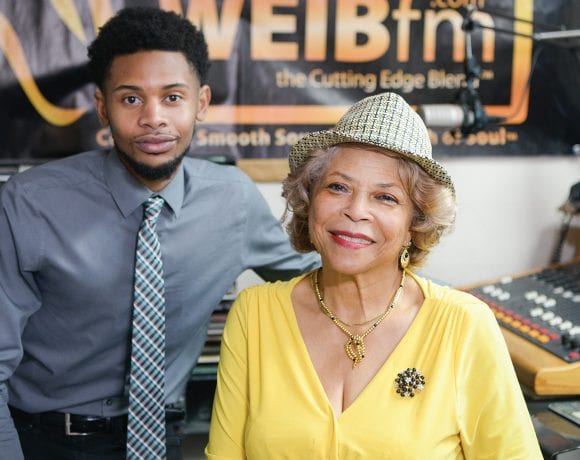 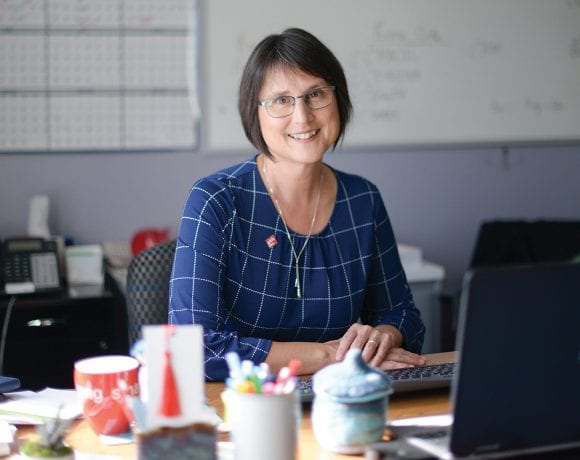 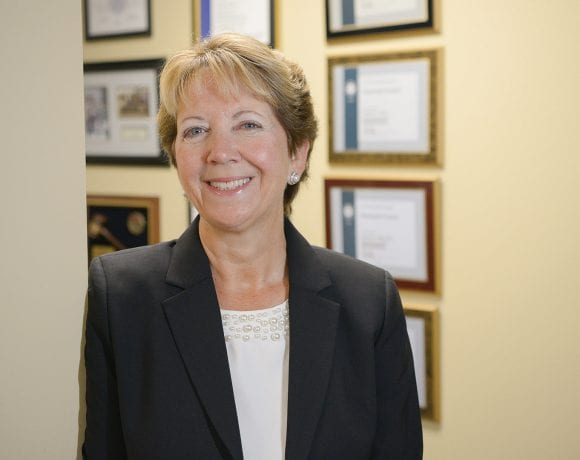