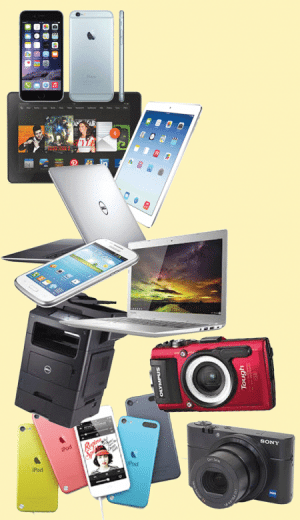 “Cellphones are deeply personal,” David Pogue writes at Yahoo Tech. “When you buy a phone, you’re making an expensive bet. You can’t easily switch between the Google and Apple worlds; you’ve invested a lot in accessories, you’ve bought apps, you’ve learned that company’s software conventions. And you never want to think your phone is inferior, because then you might feel inferior. So you wind up taking a side in this phone duopoly. You join a very silly — and unwinnable — religious war.”

That may rank among the more intriguing analogies to the decision Americans make between iPhone and Android culture, but it may not be too much of a stretch; smartphones have become an omnipresent part of our lives, and the war between the industry leaders is increasingly heated with each new release. So that’s where we’ll begin this year’s overview of what’s new, hot, and well-reviewed in the world of technology and gadgets.

The iPhone 6 ($199 with a two-year contract) has received mostly rave notices from the tech press, and made waves because of a jump in size from the iPhone 5. (The iPhone 6+, released around the same time, is even larger.) 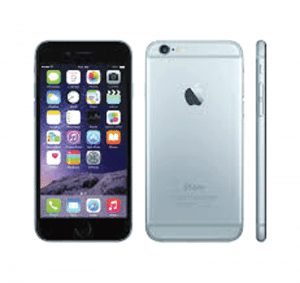 “There is explosive demand for bigger smartphones. A 4-inch smartphone feels small now; somewhere around 5 inches is the new normal,” notes David Pierce at The Verge. “Yet, too many large-screen phones are cumbersome, awkward, and often just plain bad. And Apple has a long history of taking good ideas with obviously huge markets and being the first manufacturer to really nail the execution.”

The result is impressive, the site notes, but not revolutionary. “There’s nothing truly ambitious here, no grand vision of the future or of a new way of living in the present. Apple doesn’t have better ideas about how to make use of more display real estate, or how to help users navigate a bigger device.”

Still, “for a variety of reasons, from the camera to the app ecosystem to the hardware itself, the iPhone 6 is one of the best smartphones on the market. Maybe even the best. But it’s still an iPhone. The same thing Apple’s been making for seven years. A fantastically good iPhone, but an iPhone through and through.”

Ewan Spence at Forbes is slightly more critical, noting that the phone gets the job done, but it feels more like a necessary step to keep Apple’s marketing machine moving than a purposeful step forward.

“The iPhone 6 does not feel ‘magical’ to me. It does not feel like ‘something only Apple could do.’ It feels like Apple has done the bare minimum to update the handset for late 2014, but has not committed to any major changes,” he writes. “That said, the iPhone 6 is still one of the easiest smartphones to use.” 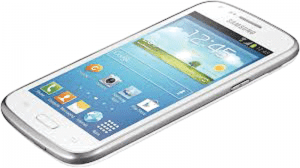 “Here’s why the Samsung Galaxy S5 should grab your attention: it looks good, it performs very well, and it has everything you need to become a fixture in nearly every aspect of your life. But, like a candidate running for re-election, the GS5 gets where it is today based on experience and wisdom, not on flashy features or massive innovation,” she notes. “The S5 is more of a Galaxy S4 Plus than it is a slam-the-brakes, next-generation device; it makes everything just a little smoother and faster.”

So, in all, there were no truly game-changing advances among the top two names in smartphones. But adherents of both don’t seem to mind.

“Celebrate the iPhone’s excellence, even if you’re not in the Apple fold. And celebrate the best work of Samsung, HTC, and LG, even if you’re not part of the Android family,” Pogue writes. “Because, in the end, competition is what will make your phone better this time next year, or the year after that. The perpetual refinement of ideas, and the necessity to think up new ones, will benefit you — no matter which army you march with.” 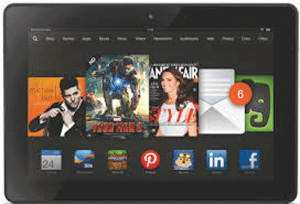 Smartphones are far from the only tech battlefield, however. Tablets are becoming more sophisticated and hotly contested as well. Engadget considers Amazon’s Kindle Fire HDX 8.9 ($379) the current best choice, buoyed by a crisp screen, considerably bumped-up processing power, a rear-facing camera, slimmer hardware, and strong tech support. “It’s a pretty big splurge for a holiday gift,” reviewer Brian Heater notes, “but it’s a reasonable sum to ask for a tablet that hardly cuts any corners.”

Apple is deeply invested in the tablet game as well, of course, and the iPad Air 2 ($499) gets an improved processor, better rear and front-facing cameras, an even thinner and lighter design, an anti-reflective screen, a Touch ID fingerprint sensor, and more built-in storage at higher configurations than last year’s model, according to CNET’s Scott Stein. 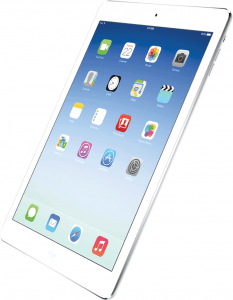 The Bad The Air 2 isn’t a big change from last year’s iPad in terms of overall function; battery life remains the same, although its battery life is already pretty good. Audio playback via speakers makes the thin metal body resonate more than before

“The iPad Air 2 is a nice refinement and finesse of last year’s model, with a bevy of tweaks, enhancements, a much faster processor, and the welcome addition of Touch ID. Simply put, it’s still the gold standard for tablets.” 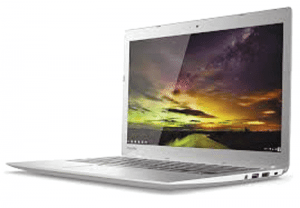 Today’s laptop computers — sleek, lightweight, and powerful — are constantly advancing as well. Laptop Magazine give its highest marks this year to the Toshiba Chromebook 2 ($329), praising its “stunning” display, “boisterous” sound, and compact design, while conceding that its graphics could be better.

“If you want a lightweight, stylish laptop that’s easy to use and tote around, this is a solid choice,” reviewer Valentina Palladino notes. “The Toshiba Chromebook 2 refreshes the original with a slimmer design, a gorgeous 1080p IPS display, and powerful speaker.” 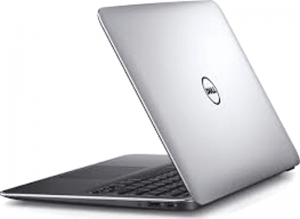 In the windows category, PC World has plenty of praise for the Dell XPS 13. “It’s a bit pricey at $1,299 as configured, but that buys a sharp, nimble, and durable laptop with a fourth-generation Intel Core i5 processor, 8GB of memory, an SSD, and a 13.3-inch touchscreen display,” Bryan Hastings notes, while offering a demerit for its dearth of slots and ports, and battery life that leaves him looking for a wall outlet more often than he’d like. “But on the whole, it’s a terrific little machine.”

If laptops are available in a wide range of prices, the same is true of printers. PC Magazine gives top honors this year to the Dell B3465dnf Multifunction Laser Printer (now there’s a mouthful), which, at $970, is meant for a small to medium-size offices or workgroups. 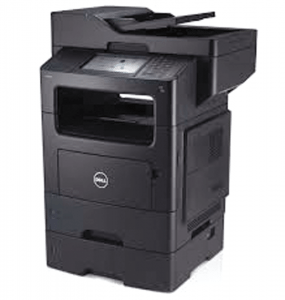 “That said, if you have any doubts about its suitability for heavy-duty use, the rated maximum monthly duty cycle for printing, at 150,000 pages with a recommended maximum of up to 15,000 pages, should tell you everything you need to know,” writes reviewer David Stone. “Add in the fast speed on our tests, the reasonably high quality output, the 7-inch color touch-screen control panel, and the low cost per page, and it’s a compelling pick.”

For something less pricey, CNET is sticking with the HP Officejet 8600 Plus ($179), which has been around for two years but still tops the site’s ratings. “It prints professional-quality photos and documents quickly with versatile connectivity options and robust features like an auto-duplexer, cloud printing, and a legal-size scanning bay,” Justin Yu notes. “If you can find a desk to accommodate its large size, the … printer serves up top-shelf output quality at rapid print speeds, suitable for offices, home users, and photo enthusiasts hunting for an upgrade.”

Whether for work or play, most Americans own a digital camera of some sort, but which to choose from the myriad options on the market? 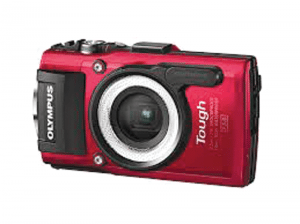 PC Magazine especially praises the Olympus Tough TG-3 ($349), a mid-priced model it calls the best recreational camera it has tested, praising its wide-aperture lens, microscope macro mode, quick focus, burst shooting, waterproof capability, and more. Despite demerits for battery charging and audible zoom and focus on the soundtrack of videos, Jim Fisher writes, “the TG-3 is a worthy successor to its predecessor, and follows it as our editors’ choice for rugged compact cameras.” 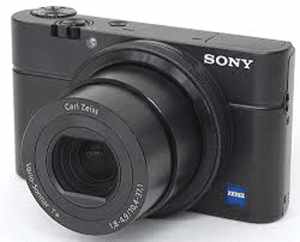 “Sony’s RX series of compact cameras have wowed us with their small size and excellent image quality since the introduction of the original RX100. But that type of quality doesn’t come cheap, especially in a pocketable form,” he notes. “If you’re not quite willing to pay $800 for a pocket camera, the RX100 and RX100 II remain in the lineup and deliver similar image quality at a lower price.”

Finally, how about a personal soundrack for that photo shoot? News has been fairly quiet on the MP3-player front in 2014, although Apple is getting ready to unveil the sixth-generation iPod Touch in the coming months. Until then, the fifth-generation Touch remains a solid option, writes Tim Stevens at Engadget. 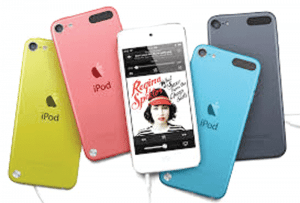 “The iPod touch is a comprehensively better package than the previous-gen unit, but at $299 to start, it certainly doesn’t come cheap,” he notes. “If you’re reasonably content with your fourth-gen, this is probably not worth the upgrade, but if you have an older iPod that’s ready for retirement, or are indeed just jumping on the iOS bandwagon for the first time and are happy with your current phone, this is a great place to start.”

For more reviews, just look them up on your smartphone. And give peace a chance. 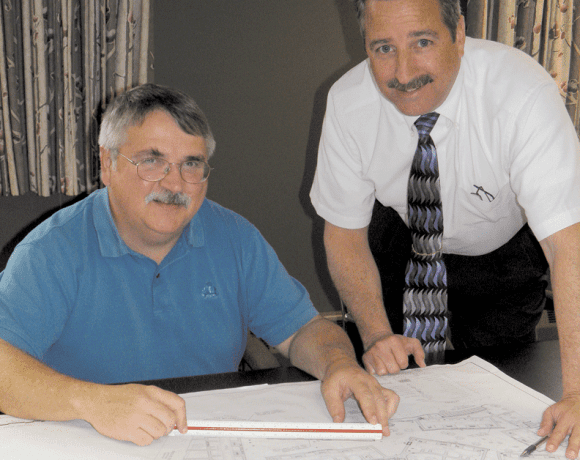 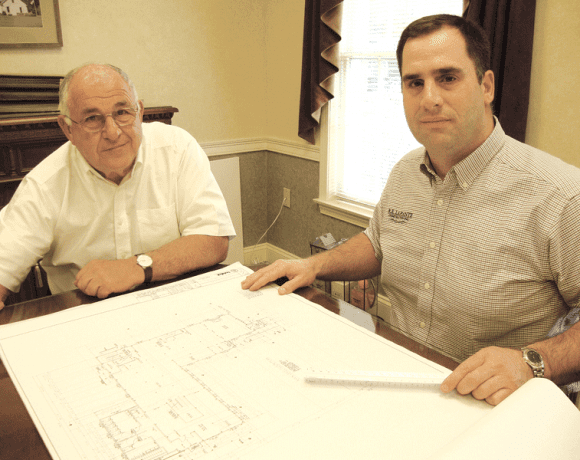 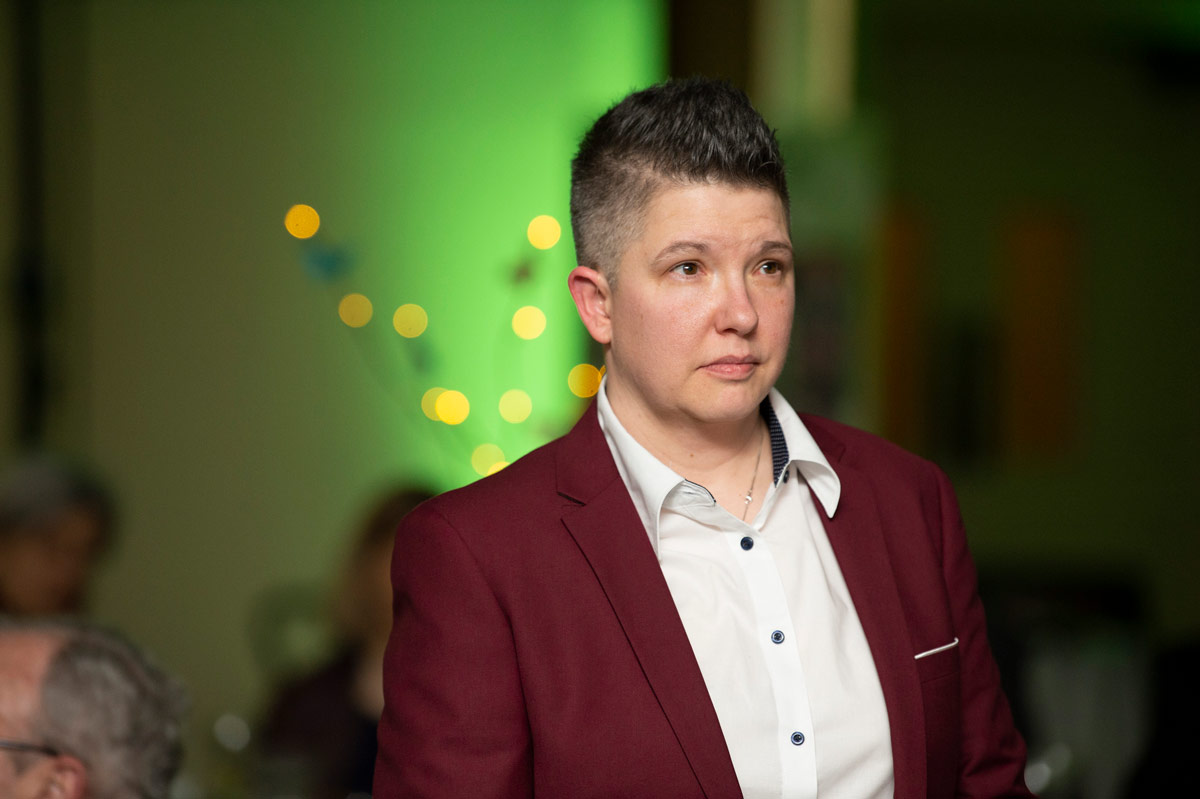