As E-cigarette Sales Escalate, So Too Does the Controversy 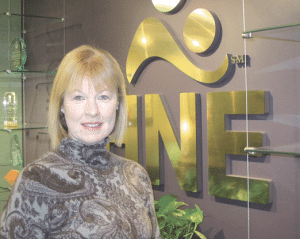 Unlike the well-documented research into cigarettes, Lynn Ostrowski says, no one really knows what’s in e-cigs or what the long-term risks are.

His name was ‘The Marlboro Man.’
From 1954 to 1999, his masculine image became perhaps the most influential branding vehicle of the century. The campaign’s creator, Leo Burnett Worldwide (the creative firm that also gave the world the Jolly Green Giant and Tony the Tiger), won numerous accolades for imagery credited with popularizing filtered cigarettes, turning Marlboro into the largest-selling brand of cigarettes in the world, and Philip Morris USA into the largest tobacco company in the world.
But later, those same images became tinged with irony — and tragedy — as the health concerns related to smoking began to multiply a half-century ago. In 1957, then-Surgeon General Leroy Burney declared the official position of the U.S. Public Health Service to be against cigarettes, based on evidence of a causal relationship between smoking and lung cancer. This was followed by the 1964 “Report on Smoking and Health,” which spelled out, in great detail, the connections between smoking and many serious health problems.
As the smoke began to clear — and three of the actors who had appeared in Marlboro-related advertisements died of lung cancer — Marlboro cigarettes, specifically Marlboro Reds, earned the nickname ‘Cowboy killers.’
Decades later, the number of smokers in the U.S. is falling, but many continue to struggle with an addiction to nicotine. Numerous websites offer a road to recovery with options ranging from quitting cold turkey to hypnosis; from nicotine patches to gum. The latest product — and controversy —in this realm is the e-cigarette, or e-cig.
Dr. Gary Hochheiser, a thoracic surgeon and chief of the Thoracic Surgery Division at Baystate Health, who has performed thousands of surgeries on those with lung cancer, emphysema, and other benign and malignant esophageal diseases, describes an e-cig as a “nicotine delivery device,” one that heats liquid nicotine and turns it into a vapor for inhaling. The ‘e’ part of the name refers to the electronic heating element in the device.
“It’s not like burning tobacco and all the chemicals that are in cigarettes that we think are responsible for people getting lung cancer; we don’t think that nicotine is the major source for all that,” he told BusinessWest. “Theoretically, it should be better for you than a real cigarette. If we could take 50% of the cigarette smokers and make them e-cig users, that could be a huge national health benefit.”
But others in the healthcare industry remain skeptical about this product, and they center on words like ‘theoretically’ and ‘should’ that are used by Hochheiser and many others. That’s because little is known about the e-cig, now being sold and promoted by the major cigarette makers, and how its use can impact consumers who buy into the considerable hype concerning them.
“We really don’t know what’s in them,” said Lynn Ostrowski, director of Brand & Corporate Relations for the Springfield-based insurance company Health New England, adding that traditional cigarettes already have their own health-risk profile, which links smoking to various cancers and lung-compromised conditions.
However, no such dossier exists on e-cigs, she went on, adding that they are currently both unregulated and heavily promoted, and already account for almost $500 million in annual sales in the U.S.
Erika Sward, assistant vice president for the American Lung Assoc. in Washington, D.C., agreed, and said the U.S. Food and Drug Administration (FDA) has officially failed to find e-cigarettes safe and effective in helping smokers quit.
“The American Lung Assoc. is concerned about e-cigarettes because we don’t know what’s in them or the health consequences of what their use might be,” said Sward. “It’s important for people to know that e-cigarettes are a tobacco product and will be regulated by the federal government as a tobacco product, but as of today, they are not regulated at all.”
The obvious targeting of teens with fruity flavors, and marketing the inhalation of e-cig vapor as ‘vaping,’ not smoking, is concerning to many in the healthcare field, who see similarities between the marketing tactics of 50 years ago, including the Marlboro Man, and current efforts to promote e-cigs.
As the controversy heats up, BusinessWest takes an in-depth look at this new product and the growing concerns surrounding it.

Ashes to Ashes
Hochheiser sees the tobacco companies trying to capitalize on something new.
“They probably don’t even know what they’ve got — they just saw these e-cigarette companies as competition,” he said.
Meanwhile, consumers buying these products don’t really know what they have, either, said Sward and Ostrowski, adding that there is no evidence to back up the marketing claims — and no itemized list of ingredients, either.
So for most of the parties involved, e-cigs are an unknown quantity, and as long as they remain as such, the controversy about their use — and the efforts to promote them — will continue. 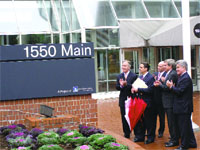