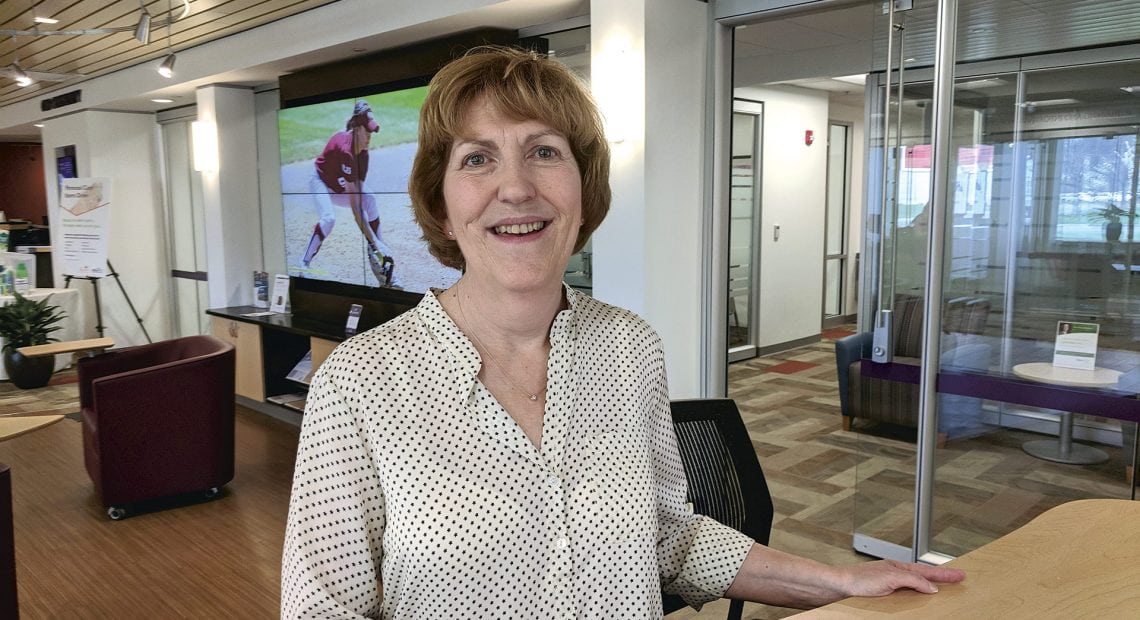 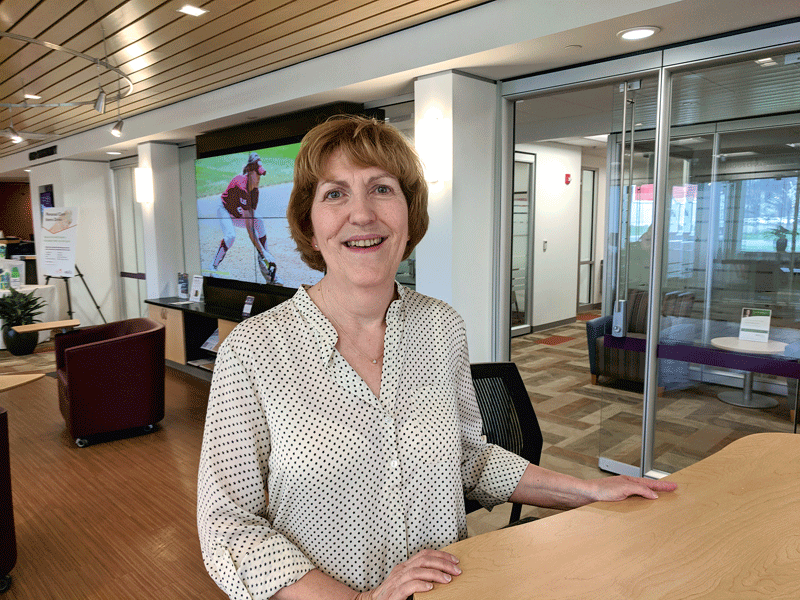 Katherine Hutchinson says members expect a credit union to be attuned to their needs.

Although myths persist about what credit unions are, their leaders are cheered by statistics showing that 43% of Massachusetts residents belong to one. But they know members aren’t satisfied with mere messaging; they want the high-tech tools available at larger banks, melded with a culture of personal service. It’s a challenge they say they work hard to meet.

Michael Ostrowski has made a career in credit-union leadership, and the numbers startled even him.

Specifically, it’s the statistic that 43% of the population of Massachusetts is a credit-union member, compared to about 33% nationally.

“That’s huge. I was surprised by that,” said Ostrowski, president and CEO of Arrha Credit Union. But after considering it, he wondered why that 43% figure should be a shock at all. “I’m surprised more people don’t take advantage of credit unions, from the fees and everything right down the line. We are typically a better deal, and you don’t see any of these credit unions in the newspaper like a Wells Fargo.”

By that, he meant the financial turmoil that many national banks brought upon themselves at the start of the Great Recession — a crisis that actually led to marketing opportunities for credit unions, said Katherine Hutchinson, president and CEO of UMassFive College Federal Credit Union.

“We did see growth throughout the recession,” she told BusinessWest. “We wanted to make sure we were not letting our members down by not lending through that period, but we were also very conscientious about how we were spending our money — all the things good financial institutions do to protect the interests of their shareholders and, in our case, our members. That’s really important to us, and I think it was a time where people were taking a second look and saw credit unions as alternatives.”

The lobby walls at UMassFive’s Hadley headquarters are adorned with messaging touting the member-centric (don’t call them customers) philosophy of credit unions, and, “believe me, we try very hard to follow the philosophy,” Hutchinson went on. “I’ve been at the credit union for 42 years — I’ve kind of grown up in the industry. When I started, we were very focused on the member, and I’ve tried to convey that and live that philosophy as we grew bigger.”

Credit unions are financial institutions that look and feel like a bank in the products and service they offer, she explained, but the difference is their structure as cooperatives.

“Because of a credit union’s non-for-profit status, consumers do expect better rates and lower fees, and I think that’s what they experience,” she said. “But they also want us to be focused on what they need, on how we can help them personally — to listen to their story, hear about why they’re in a certain situation, and what would really help them.” 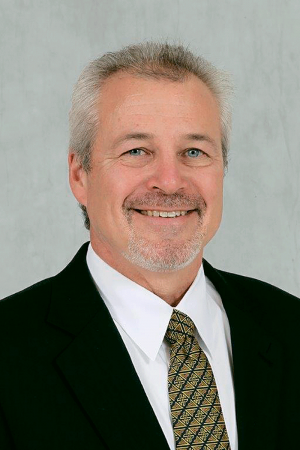 Glenn Welch, president and CEO of Freedom Credit Union, said member ownership of the institution is important to those who do business there. “Whether you have $5 in your account of $500,000, it’s one member, one vote,” he said, adding that members of his board of directors must hail from the four western counties. “The board is local, so members know we can make decisions and resolve situations quickly.”

Resolving situations, and writing more success stories, is a point of pride for UMassFive, Hutchinson noted. “I think it’s important that we hear those stories and share those stories to encourage our employees to listen to the members and find ways to help. The stories are important.”

The story for credit unions has been positive in recent years, Ostrowski said, pointing to statistics like a capital-to-assets ratio of 10.4%, on average, for credit unions in Massachusetts. “Over 7 is well-capitalized — we’re over 10. That shows strength in the credit-union industry.”

Meanwhile, the 167 credit unions in Massachusetts employ 6,158 people full-time and another 908 part-time, and boast more than 2.9 million members — again, about 43% of all residents.

The first myth: “I can’t join.” CUNA points out that many Americans believe they are ineligible to join a credit union, but membership eligibility today is typically based on geography, he noted. Membership at Freedom Credit Union, for example, is available to anyone who lives, works, or attends college in Hampden, Hampshire, Franklin, or Berkshire counties.

The second myth: “accessing my money may be hard.” Not true, Welch said, noting that, along with boasting a mobile application for online banking, many credit unions, including Freedom, have joined the Allpoint Network, allowing members surcharge-free ATM access at more than 55,000 retail locations worldwide.

The third myth: “they’re too small.” Rather, he noted, credit unions provide the same security and protection of a larger financial institution, but is accountable to members, rather than shareholders. “This means every customer is treated as an individual, not a number, enjoying personalized service and customized products.”

The final myth: “they’re primarily for those in need.” Based on generational notions, Welch explained, some may believe credit unions mainly serve low-income consumers. In truth, he added, they serve every population, as well as every size and type of business.

Essentially, he told BusinessWest, the CUNA survey demonstrated that many people don’t understand what membership means and how to go about applying to be a member.

“Several things came up; one was that they didn’t feel that credit unions can offer them the level of technology and products of banking institutions. But we had a good year in 2017 and approached the board with quite a few investment upgrades,” he noted, expanding the tasks that can be done online, like electronically signing for loans.

“People don’t want to set foot in a bank or credit union lobby unless they have to,” he continued. “We have the same products available at bigger banks, but at a local level.”

Ostrowski agreed that credit-union members appreciate the institution’s purpose and philosophy, but also demand current technology. In fact, Arrha is in the process of upgrading all its systems to improve electronic communication and its mobile banking platforms.

“I think the credit unions are still filling that void of the banks that had their roots in the small towns, and that really hasn’t changed,” he said. “But I think it’s important that people realize that we have the same systems all the big banks have, and we have the same cybersecurity functionality they do. Clearly, from a systems standpoint, we can compete very well with them.” 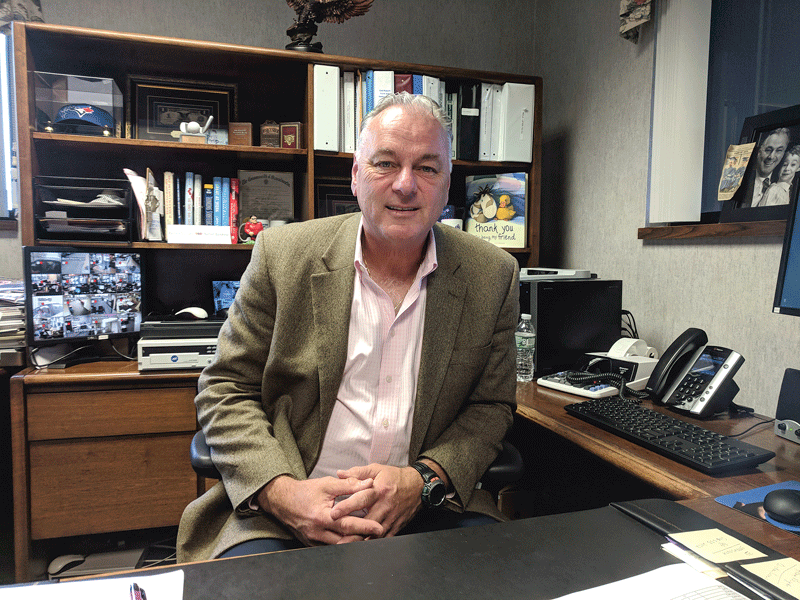 Likewise, Hutchinson noted that the area colleges the credit union was built upon still form its core membership group, but it wouldn’t have grown beyond that without a recognition in the region of the credit-union philosophy — and without a commitment on the institution’s side to stay atop trends in products and services and continually invest in technology. “That is important to growth and our sustainability, so we’re proud of that.”

Ostrowski said messages like this — and a vibrant economy — have helped Arrha grow steadily in recent years, with deposits up, loan delinquency down, and investments in technology helping to attract new members.

Meanwhile, Welch noted that the competitive interest rates Freedom pays on savings accounts and charges for loans have both attracted new business. All that led to growth in 2017 in return on assets and total loans, as well as hiring a second commercial lender and a credit manager, focusing on individuals and small businesses.

But the credit-union presidents BusinessWest spoke with all noted that the model’s philosophy doesn’t stop at dollars and cents, but extends to a robust community outreach, often in the form of educational seminars.

“That goes to the concept of people helping people,” Welch said. “We find, when we’re not able to help someone, it’s usually a credit issue, and often, they haven’t been educated on the value of credit. So we participate with other banking institutions in Credit for Life fairs, reaching out to students when they’re still in high school to talk about good and bad credit, and what that means when they try to buy a car, rent an apartment, or get a credit card.”

Hutchinson said her board believes community education is important to UMassFive’s mission. “So many people need that kind of assistance. It ties back into what is best for our members — educating them on how to make decisions.

“Financial literacy is key,” she went on. “We try to have a variety of topics, from understanding your credit score to budgeting to preparing for retirement and first-time homebuying. We also work with UMass, doing some seminars for students on student debt.”

Ostrowski noted that even recent college graduates don’t understand their credit score and the impact it can have, while others take advantage of a credit-card offer in the mail and quickly wind up thousands of dollars in debt without thinking about the consequences. “All our programs in financial literacy are drivers that we make no money on — they are absolutely out of love of our members and to protect them.”

The credit-union culture runs deep in Massachusetts, the state where such institutions were first chartered way back in 1909, Ostrowski explained. State partnerships are still critical, he added, noting that Gov. Charlie Baker has backed an effort by the state’s credit unions, called CU Senior Safeguard, to fight elder financial abuse and fraud. All frontline credit-union staffers are participating in the program, while a statewide effort is targeting consumers with information about how elders are defrauded — a problem that costs some $10 billion every year nationally.

“I’ve heard wild stories about members getting ripped off by contractors,” he said, or individuals who were ready to send money to an unknown e-mailer on the promise of more in return. “I’ve literally had to argue with individuals not to send their money away.”

Better, he said, to deposit it with a credit union — and join that 43% number that, in an age of constant mergers and acquisitions among area banks, only continues to grow.