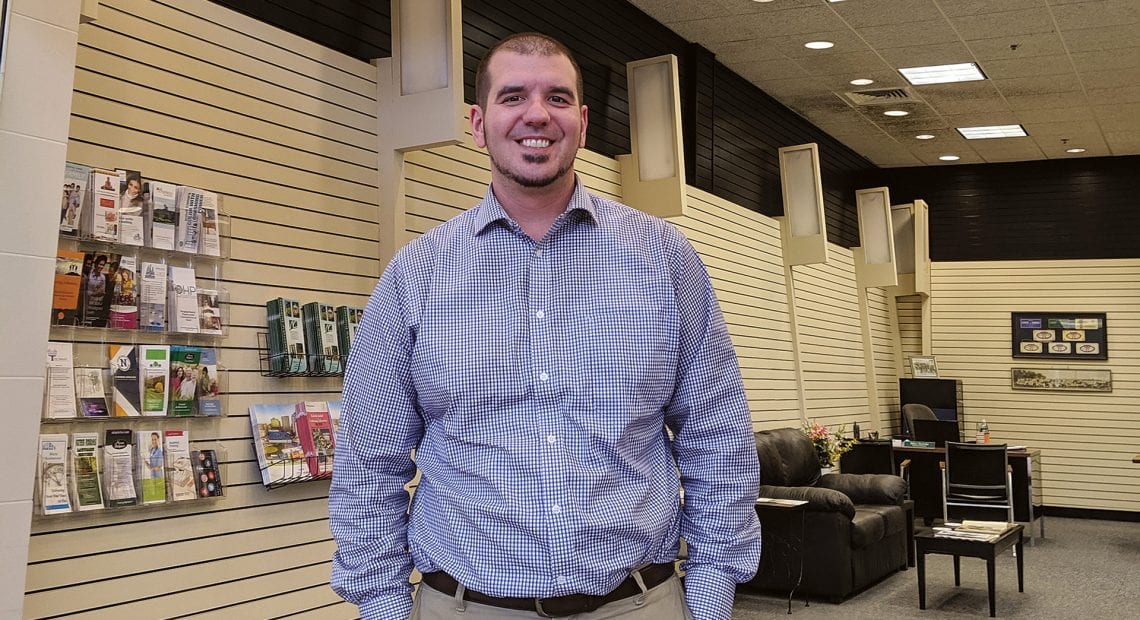 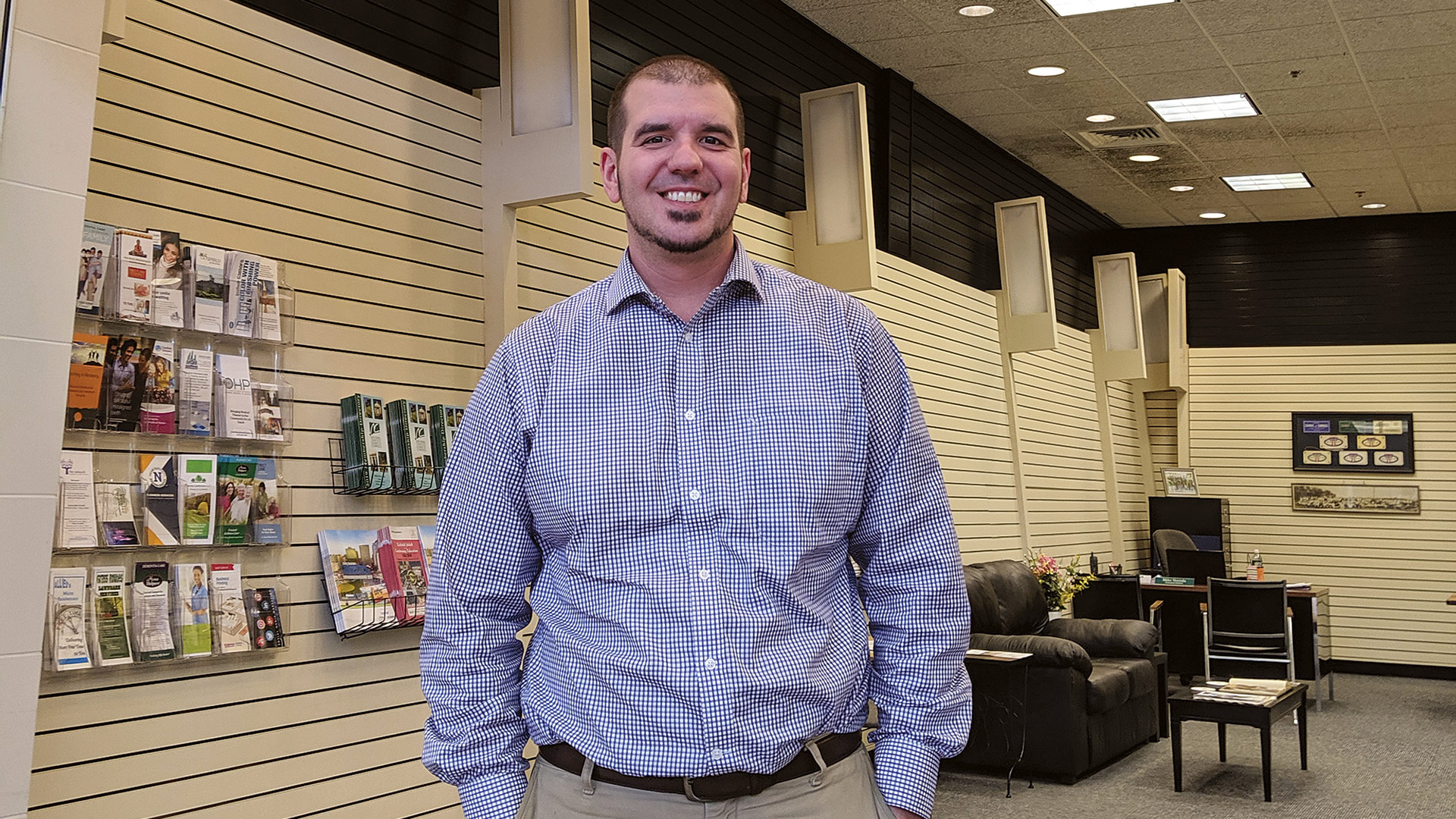 If a long-discussed tribal casino takes shape in East Windsor, Conn., the town of Enfield would find itself in an intriguing geographic spot between two destination casinos — which could bring benefits in a number of ways, Mike Vezzola says.

“It’s still going through a large permitting process, but if the casino does wind up coming to East Windsor, we’re right smack dab in the middle of MGM Springfield and that proposed East Windsor site, so the hope here is that Enfield can become a little bit more of a destination,” said the executive director of the North Central Connecticut Chamber of Commerce during a recent conversation at the chamber’s office in the mall known as Enfield Square.

“It’ll certainly create a lot of runoff for hotels and restaurants,” he went on. “We have a plethora of great restaurants, stores, and activities right at our fingertips. We need to build on those things and make sure the right pieces are set in place, and certainly the town is doing its part to try and see that through. We’re excited for what’s on the horizon over the next five to 10 years.”

As a border town that may eventually be flanked by two casinos, Enfield is, in many ways, at a crossroads — one that town officials hope will be bolstered by a new train platform in the Thompsonville neighborhood.

Earlier this month, the Town Council unanimously voted to transfer $670,000 from the general fund into a separate fund for the development of a train platform in Thompsonville, a project that has been 15 years in the making and is expected to attract traffic to town and give residents and businesses more reason to relocate or stay there.

Other financial hurdles need to be cleared, as the total cost of a platform would be around $2.5 million. A full train station could follow down the road, at a cost of tens of millions; Enfield is just one of several train-stop communities in the Nutmeg State waiting for DOT action on such projects. In Enfield, town officials say any upgrade will bring a number of economic benefits, particularly for Thompsonville itself, which has been the focus of a planned revitalization project for some time.

The town implemented a tax increment financing (TIF) plan in Thompsonville and the Enfield Square area earlier this year. TIF is an economic-development tool that allows municipalities to use tax revenues generated from new capital investment to assist in a project’s financing.

“We have a plethora of great restaurants, stores, and activities right at our fingertips. We need to build on those things and make sure the right pieces are set in place, and certainly the town is doing its part to try and see that through.”

Patrick McMahon, CEO of the nonprofit Connecticut Main Street Center, who was hired by the town as a consultant in January to help revitalize Thompsonville, told legislative and business leaders at a recent economic-development breakfast that Enfield leaders envision significant private investment in new business ventures, redevelopment of historic properties, and new public infrastructure.

“Hopefully, the new TIF project will bring some revitalization to that specific area, especially with the commuter rail between New Haven and Springfield,” Vezzola told BusinessWest. “We’re one of the primary stops on that rail, and they’re hoping to get the platform built in the next couple of years.”

At the same time, Enfield has seen growth in recent years in its manufacturing, distribution, and warehousing sectors, while Asnuntuck Community College (ACC) — which hosted the recent breakfast — has built a reputation as a manufacturing-education leader through its Advanced Manufacturing Technology Center (AMTC).

Connecticut Gov. Ned Lamont and other guests toured the space, speaking to students and taking in the 11,000-square-foot machining lab with its 90 CNC and manual machines, the state-of-the-art additive manufacturing lab, and other high-tech training areas.

With programs that get students working at good-paying manufacturing jobs in two years or even one in many cases, ACC — and, by extension, its town — has become a promising answer to workforce needs at area plants, which have long lamented persistent skills gaps.

Asnuntuck has forged partnerships and talent pipelines with area manufacturers and businesses including Pratt & Whitney, Sikorsky, Eppendorf, and Stanley Black & Decker, among others, contributing to a 98% job-placement rate for AMCT graduates.

“With more than 25,000 skilled workers needed in the next two decades, the advanced manufacturing technology centers at Connecticut community colleges offer the opportunity for people of all ages and backgrounds to find a rewarding career in our state,” said Connecticut State Colleges and Universities President Mark Ojakian, who participated in the tour.

The rise in Enfield’s manufacturing reputation coincides with retail struggles, particularly in Enfield Square, where the only remaining anchor is Target. However, numerous small stores still call the property home, and Party City made a major investment there two years ago.

“The mall is very open to interpretive ways of using their retail space,” Vezzola said, the chamber’s presence there being just one example. “We get a lot of foot traffic in here, community members looking for referrals to some of our members or just information about who we are and what we do and how that benefits the community. Certainly, we’re here and excited to help facilitate any potential new clientele the mall might see in the future.”

While Enfield hasn’t attracted many new large retail establishments over the past year, the community continues to be a haven for sole proprietors, he noted.

“With more than 25,000 skilled workers needed in the next two decades, the advanced manufacturing technology centers at Connecticut community colleges offer the opportunity for people of all ages and backgrounds to find a rewarding career in our state.”

“These are folks who have their own businesses and work from home, whether it’s social-media development or graphic design, things of that nature,” he said. “A lot of young people are starting these businesses — and we’re excited that they want to put their talents and work skills to use right here.”

So excited, in fact, that the chamber is hoping to launch a young professional networking group next year as a subsidiary of the chamber.

“We want to encourage other younger folks who might not necessarily know how to navigate creating their own business or are looking for a new opportunity to learn and develop, so it’ll be a bit of an educational piece as well as a networking piece,” Vezzola explained. “That’s a big focus of what we do; we’re continuing to encourage our businesses to help each other, utilize each other, and benefit each other the best way they can.

“We peg ourselves on changing with the times, and certainly the scope of what a chamber does is completely different now than it was 20 years ago,” he added. “We’re just trying to stay relevant and active and evolve with the times.”

Life on the Border

Vezzola understands, too, the potential for his chamber and its members to make connections across the state line as well.

“Being a border town, I think it helps us get some exposure over the border in Massachusetts for our businesses and vice versa, and we’re considering some partnerships with chambers in Western Massachusetts to maybe do some cross-border development with each other, with networking groups,” he said. “Again, it’s about always evolving and just trying to do the best we can with what we’ve got here.” 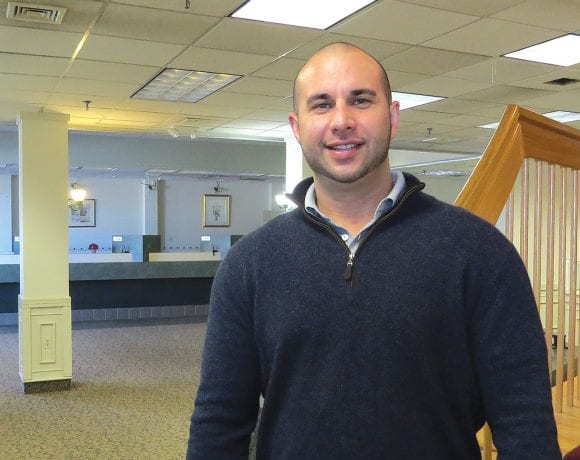 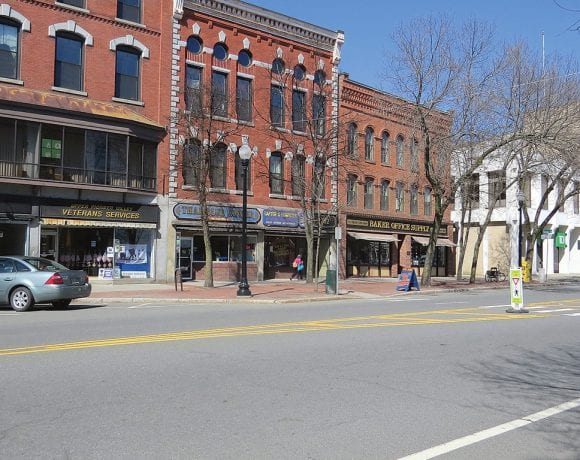 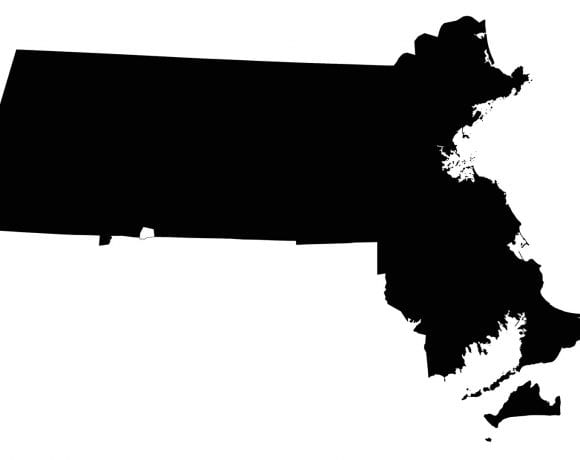