Another Step in the Right Direction

On Aug. 1, Massachusetts Gov. Charlie Baker signed into law something called “An Act to Establish Pay Equity.” And from the minute the ink dried, people have been asking, or trying to answer, the question, ‘just what does this mean?’

It’s an important exercise, because there is not exactly clarity on that matter, regardless of which angle the questioner is coming from.

From a pragmatic point of view, said Chris Geehern, executive vice president for marketing for Associated Industries of Mass., the pay-equity measure means that employers can no longer ask those sitting across the table from them in a job interview about their pay history — and this is not an insignificant development, as we’ll see later.

But beyond that, things are far less cut and dried when it comes to the bill’s impact. At its core, the new law will prevent pay discrimination for comparable work based on gender — and, yes, employment-law specialists are already going into overdrive when it comes to the phrase ‘comparable work,’ what that means, and how a judge might interpret it. In addition to that prohibition on asking job candidates about their salary history, the bill allows employees to freely discuss their salaries with co-workers.

Also, under new law, employers are permitted to take certain attributes of an employee or applicant into account when determining variation in pay, such as their work experience, education, job training, or measurements of production, sales, or revenue.

Again, what does it all mean?

Well, it doesn’t mean that, starting July 1, 2018, when the bill goes effect, the discrepancy between what men and women get paid for doing the same work — the number varies by city, region, and who does the research, but the most commonly cited figure in the Commonwealth is that women get 82 cents on the dollar that men earn — will be magically erased.

What is does mean, said Betsy Larson, vice president for Compensation at MassMutual, is that the state will have taken another step toward closing that gap.

How? By bringing more attention to the matter of equal pay and making employers think more carefully about such matters to avoid intentional and unintentional discrepancies. 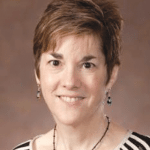 “In the macro sense, the bill is not going to impact MassMutual,” said Larson, noting that the company has long been on the leading edge when it comes to the broad subject of equal pay, because it’s the right thing to do and the necessary thing if a company wants to attract and retain top talent. “This legislation forces the issue for companies that are not as focused on ensuring equal pay.”

Elizabeth Barajas-Román, president of the Women’s Fund of Western Mass., agreed. She noted that the 18-cent gap between what men and women get paid for doing the same work adds up to a whopping $14 billion in annual income.

“That’s pretty dramatic, and it means a lot for women to close that gap — this is a pretty expensive state to live in,” she told BusinessWest. 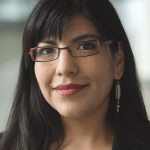 Both Larson and Barajas-Román emphasized repeatedly that while the Act to Establish Pay Equity is a big step in the right direction, it is merely one step in broader efforts to close the gap.

Others include ongoing efforts to educate women on how to negotiate effectively, and initiatives to prompt businesses of all sizes to adopt best practices employed by companies like MassMutual and commit to true pay equity.

One such initiative is the so-called Boston’s Women’s Compact, a first-in-the nation, public-private partnership in which businesses pledge to take concrete, measurable steps to eliminate the wage gaps in their company, and to report their progress and employee demographic and salary data anonymously every two years. More than 150 companies have signed on, and MassMutual is one of the lead sponsors.

For this issue and its focus on women in business, we take an in-depth look at the pay-equity bill and attempt to provide some different answers to that question, ‘what does this mean?’

To Wage a Campaign

When asked about the need for the bill signed last month — and then given the specific question ‘just how unequally are women compensated when compared to men?’ — Larson paused for a moment.

She understood that the query required some type of quantitative response, and she did acknowledge that the numbers vary: 83 cents on the dollar is the number used for the Boston market, she explained, but she’s seen it as low in 78 cents in other regions of the country.

But she quickly noted that the size of the discrepancy, whatever it is, isn’t the real issue; it’s the fact that one exists at all.

“Whether it’s 82 cents or 78 cents, or whatever, it’s unequal, and why is it unequal?” she asked. “As a woman myself, I don’t want to be thinking that I’m not going to get paid the same as a man for doing the same job and performing at the same level.”

And the measure signed into law last month is another step toward eliminating the wage gap, said Larson, who told BusinessWest that work in this regard has become a passion for her.

Indeed, she has been part of a number of panels addressing the issue of pay equity, while also preaching best practices and policies.

Larson was thus a strong proponent of the pay-equity act, which went through a few rounds of revisions before eventually gaining the support of business groups like AIM.

Geehern told BusinessWest that earlier iterations were vague and created more questions than they answered.

Overall, members are not certainly not opposed to equal pay, especially at a time when all employers struggle to attract and retain top talent, he stressed repeatedly. But they were concerned about legislation that was in many ways unworkable.

“It contained enough uncertainty that we thought it might potentially cause some real problems for employers,” he said. “The language of the original bill, for example, created the possibility that an employee of a company could go into the human resources office and ask for the compensation of everyone else who worked there.”

There were also issues with the bill’s definition of ‘comparable work,’ as well as real concerns that employers would no longer be able to reward star performers, he went on, adding that legislative leaders reached out to the businesses community, and parties then rolled up their sleeves and fashioned a bill that did work.

Overall, said Larson, the measure as passed will likely help close the pay gap by simply prompting business owners and managers to pay more attention to the matter and thus avoid what she believes are mostly unintentional discrepancies in compensation along gender lines.

“I’m not saying that companies would intentionally pay women or minorities differently,” she explained. “But this measure really focuses on the analysis and the processes that are in place.”

She points to the provision forbidding employers from asking about previous salary history as one example of how the measure will likely prove effective.

For various reasons, such as starting at a lower salary or taking time off to start a family, a woman may arrive at a job interview with a lesser salary history than the next person to sit in that chair, or lower than the employer might be expecting.

“Women are often not very good negotiators, and they come from a different place,” she explained. “Sometimes, if someone’s got a lower salary, the thought process is, ‘I can get them for really cheap,’ when you should be paying them for the job that they’re doing and what you would pay others, even if they’re starting at a different point when they come in the door.

“It’s an unconscious bias,” she went on. “I don’t think you would do that intentionally, but the thought process becomes, ‘if I don’t have to pay ‘x,’ I’ll pay ‘y,’ because I can.”

Elaborating, she said MassMutual goes well beyond the provisions in the new law — and did so long before it was conceptualized — and undertakes extensive reporting and analysis aiming to ensure there are no discrepancies in terms of salary and all other forms of compensation, including bonuses and benefits. She expects the measure to at least move the needle in that direction at many companies, which is the intent of its passage.

Barajas-Roman agreed, and said the legislation is expected to bring a needed measure of transparency to compensation policies and practices and, as a result, a more level playing field.

But as she and Larson noted, the legislation is not, by itself, going to erase pay gaps. Other steps are needed, said Barajas-Roman, including programs to help women develop and sharpen negotiating skills, and also initiatives to provide data to help them understand what they should be paid for the work they’re doing.

As for building negotiation skills, there is currently a pilot program underway in Boston — a five-year partnership between the city and the American Assoc. of University Women — with the goal of training roughly half Boston’s working women (roughly 85,000 people) over the next five years, said Barajas-Román, adding that, if it is successful, there will be efforts to develop similar initiatives statewide.

MassMutual already has such training programs in place, said Larson, adding that the company has a number of resources for women (and all employees), including career-development initiatives, mentorships, and tools that enable them to compare their compensation to what’s happening across the market.

And when it comes to documenting and analyzing compensation practices, the company hires an outside firm to ensure objectivity.

All these steps constitute going well above and beyond what is required, she said, adding, again, that the legislation may prompt more companies to at least move in these directions.

“For those that aren’t as focused … now they have to pay more attention to it,” she said in conclusion. “In and of itself, that’s a good thing.”

Speaking from the standpoint of employers and AIM members, Geehern had still another answer to the question, ‘what does all this mean?’

“Keep calm and carry on … that’s what it means,” he said, referring to the attitude that business owners should take, specifically when it comes to whether they need to make changes in policies to become compliant. “There’s a lot of time between now and when this bill takes effect.”

Keeping calm and carrying on may be the short-term response. But the longer-term result should be a sharper focus on the pay gap, with the ultimate aim of making it history, said Larson.

That won’t happen overnight, she stated repeatedly, but it can happen if more people become aware of the issue and become committed to doing something about it.

And that’s the real answer to the question, ‘what does all this mean?’